Everything You Need To Know About Mexican Wrestling 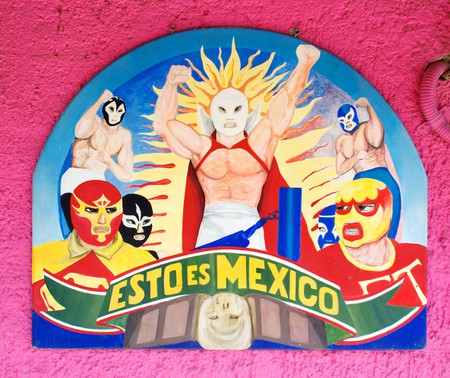 Mexican wrestling, otherwise known as the lucha libre, is a highly traditional form of light entertainment masquerading as a ‘sport’ and bedecked in inhuman quantities of spandex and sequins. You’ll probably be familiar with at least the look of the lucha libre through pop culture references; think Jack Black’s Nacho Libre (2006). Just what exactly goes on at these rowdy spectacles? Here’s a brief guide to the lucha libre.

To win in one-on-one matches you must pin your opponent for a count of three, knock them out of the ring for a count of twenty, force submission or get them disqualified. A lesser-spotted fifth way of winning is with the exceso de rudezas (excessive violence) rule, in which the referee awards the clearly superior wrestler the title. As far as banned moves, the ‘piledriver’ is definitively not allowed, but still frequently seen.

However, the few rules of lucha libre that are theoretically in place are (to put it lightly) rarely enforced in practice, principally due to the highly choreographed nature of the bouts. I mean, did you expect anything more from a form of wrestling whose name translates to ‘free-style fighting’? 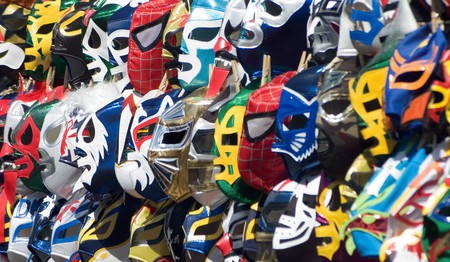 The moves of a lucha libre bout, while highly stylised, are still impressive to watch in action. They’re typically characterised by lots of flamboyant, aerial manoeuvres and speedy, acrobatic combos. Just like US wrestling, many moves are named for the wrestlers that have perfected them and regularly use them to their advantage, such as the huracán rana, a twist on the classic rana that was developed by Huracán Ramírez. Other popular lucha libre moves include the plancha, in which a wrestler is flat on their back in the ring and is then jumped on from a great height by their opponent. A centón is the same, but the jumping wrestler lands on their back. Topes are any moves that involve a head butt in one way or another.

Each lucha libre bout, whether it’s one-on-one or tag team style, has a storyline and (most often) a predetermined winner from the outset.

A typical storyline in the art of lucha libre is that of the técnicos versus the rudos. In plain English, the good guys versus the bad guys. Team técnicos represent the common man, whereas the rudos are the antagonists, representative of politicians or narcos and so on. To win a battle like this, you must pin two of your opponents or take out the opposing team’s captain. Very often there will be two referees (one for the técnicos, one for the rudos) trying to keep the underhand moves of the rudos in check. 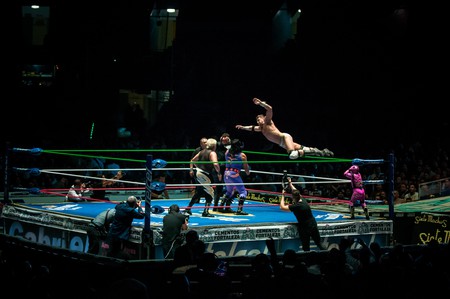 As mentioned above, not all luchadores were created equal – some fall under the evil rudos category, whereas some are renowned técnicos. As well as this, you may also see luchadoras (female wrestlers), and exóticos, who threaten the masculinity of their opponents with their over-the-top campness. Another form of luchador is the dwarfs of the lucha libre world, who are regularly slung around the ring.

While the athleticism needed to be a luchador is very real – some of the moves these guys and gals come out with are spectacular to say the least – the true role of the luchador is one of entertainer. After all, they need to be semi-decent actors to pull off the menacing, hateful personas that they act out night after night in the ring.

No luchador will reveal his or her real name while in character, nor will they remove their mask without being forced to. In fact, occasionally fights include a de-masking condition for the loser, which in literal terms equates to great shame and a loss of status. Therefore, the persona that is played out by the luchadores is intrinsically tied into the costume and mask that they wear. 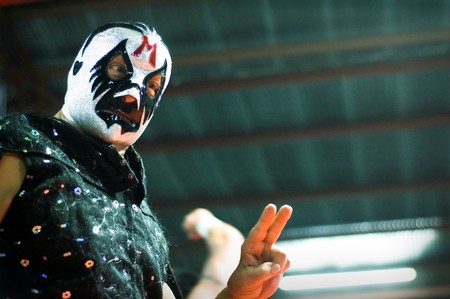 Lycra, sequins and a whole lot of honour go into the máscaras and costumes of a luchador. Lighter coloured costumes often indicate a técnico at work, whereas darker ones are signs of rudos.

Easily the most famed luchador is El Santo (a.k.a. Rodolfo Guzmán Huerta), who aside from his wrestling career, was the star of around 50 low budget films, plus TV shows and comics. He passed away in 1984, having never been unmasked during his career and only having revealed himself once. He was buried wearing his trademark silver máscara.

Another popular wrestler is Mil Máscaras (Man of a Thousand Masks, a.k.a. Aaron Rodríguez), who was one of the first Mexican wrestlers to make the leap to the WWE. His US reputation nowadays has perhaps been usurped by Rey Mysterio Jr. though; the great-nephew of the original Rey Mysterio, he’s a big name in WWE and typifies much of what lucha libre stands for. Currently, Máximo, Shocker, Místico and Atlantis are names to keep an eye out for. 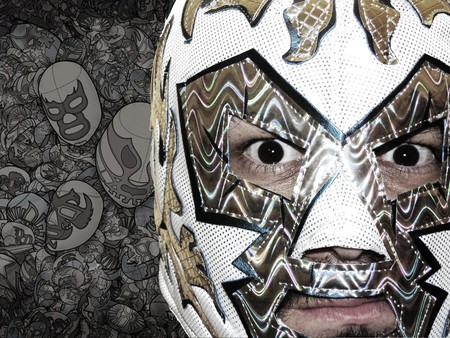 In Mexico City, the best places to catch a wrestling match are the newer Arena México or the older Arena Coliseo; you simply buy tickets on the door or through Ticketmaster. Don’t hang around post-match though, as neither of them are situated in the greatest of neighborhoods. You can catch lucha libre in many parts of the country though, most typically in states closer to the US border, such as Baja California.

Tips For Your Visit

– Don’t get too close to the front or you risk being caught up in the ruckus of the fight, but similarly, don’t sit way back – you want to be close enough to the action.

– Prepare for the atmosphere to be rowdy and oftentimes incredibly macho. By this we mean that scantily clad women are key components of the show, as are homophobic slurs when exóticos make their appearance.

– Don’t worry about bringing the kids, because these events are typically family friendly. As long as they don’t speak Spanish, you needn’t worry about them picking up any bad language.

– Finally, and most importantly, suspend your disbelief – that’s the only way you’ll enjoy a lucha libre!