The Coolest Colonial Towns to Visit in Baja California 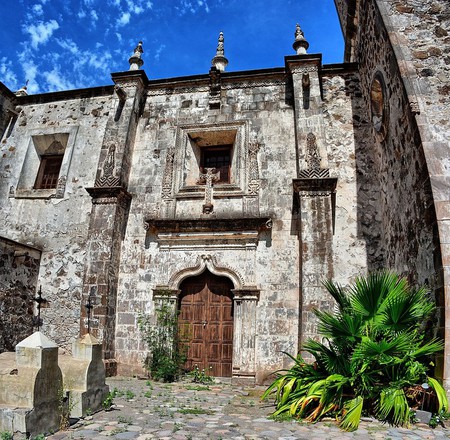 The Baja California Peninsula, besides being breathtakingly beautiful, is and was an incredibly harsh environment that saw little development by the Spanish colonizers after they “discovered” it in the early 1500s. The main colonial force on the peninsula was the Catholic priests who set up missions and settlements throughout the Baja wilderness in order to convert local indigenous people to their religion. The vestiges of the missions and towns they helped develop can still be visited here today.

La Paz was the first place the Spanish landed in 1534, but they were met with aggression from the local indigenous peoples. In 1535, Cortez arrived in La Paz and attempted to set up a second colony, but that failed as well. It wasn’t until the 1700s that a mission was finally built here by Jesuit priests, and in 1830 it was declared the peninsula’s capital. To get a glimpse into the town’s colonial past, visit La Paz’s cathedral with its baroque altarpiece, or the city’s Museum of Anthropology. 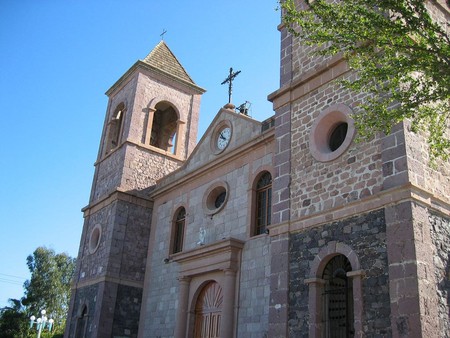 The Mission of Santa Rosa de las Palmas (later renamed Nuestra Señora del Pilar de Todos Santos) was founded in 1723 by a Jesuit priest called Jaime Bravo. While the mission eventually fell apart as a result of indigenous rebellions against Spanish rule and the European diseases that wiped out much of the population, it did establish a settlement in what is today the beach town and ex-pat haven Todos Santos. Todos Santos, proclaimed a Pueblo Magico in 2006, still has remnants of its colonial past in its cobblestone streets and the colonial buildings in the center of town. The mission Nuestra Señora del Pilar de Todos Santos is perched above the city and offers short guided tours for a nominal fee.

Besides 18 holes of golf and fun in the sun, there is a great deal of history in Los Cabos. It was a favorite hangout of Dutch, English, and Spanish pirates, a fact that the Spanish crown was none too pleased about. When Jesuit missionaries were sent to colonize the area, they built the Mission San José del Cabo in 1730. It was originally built near the beach and was later moved further inland. You can still visit the mission’s church and see the tiled mural above the door that portrays Jesuit priest Nicolás Tamaral being killed during an uprising of the Pericu people in anger at the Catholic Spanish rule of their territories. The church is surrounded by an equally colonial plaza. 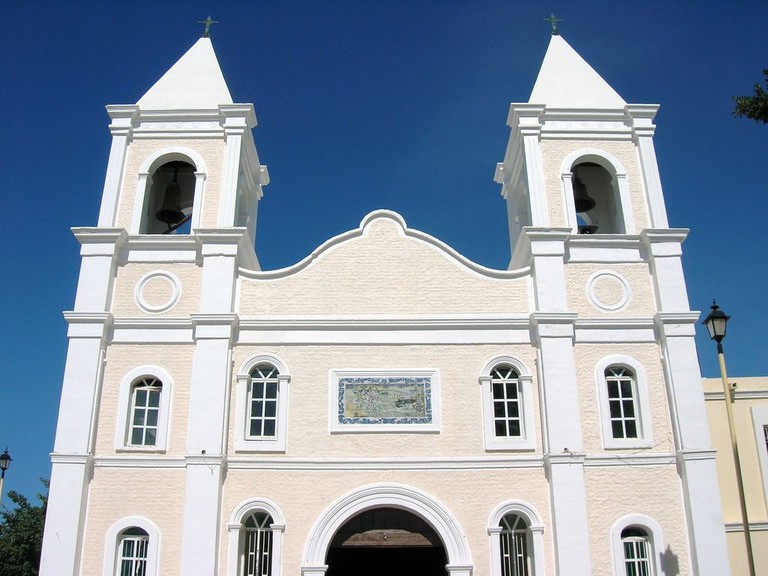 Up on a hilltop overlooking the town of Mulege, the Misión Santa Rosalía de Mulegé, built in 1705 by the Jesuit missionary Juan Manuel de Basaldúa, is a beautifully intact example of colonial architecture and culture on the peninsula. The buildings have been extensively restored and are now protected by Mexico’s National Institute of Anthropology and History. With beautiful beaches and lots of great spots for camping, Mulege is the perfect place to spend for a few days on your trip through Baja. If you want to go even further back in history, check out the nearby petroglyphs and cave paintings. 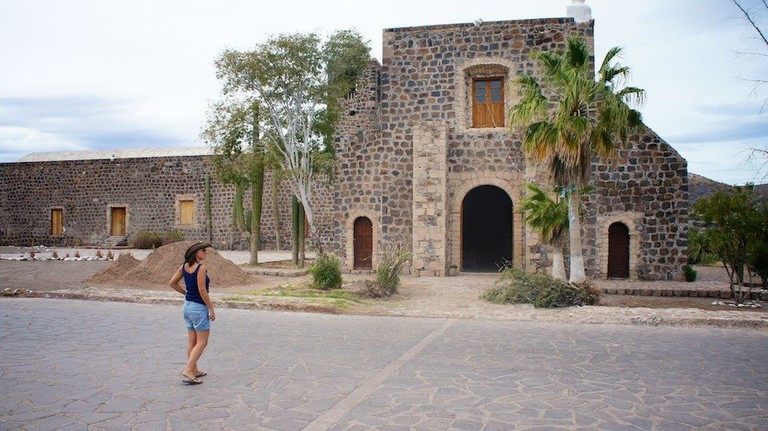 Deep inside San Ignacio’s lush jungle environment is the Misión Nuestra Señor San Ignacio de Kadakaamán, just off the main square. It’s easy to access the main attraction in this minuscule town in the middle of Baja, and the building and its art make a good afternoon outing. There is a small museum to the left of the mission that will tell you a little more about the area’s history. There are no official tours, but several placards in Spanish explain the history of the mission. Take a moment after your walk around the mission to have an ice cream in the plaza in front of it, or a home-cooked meal in one of the small restaurants in the surrounding streets. 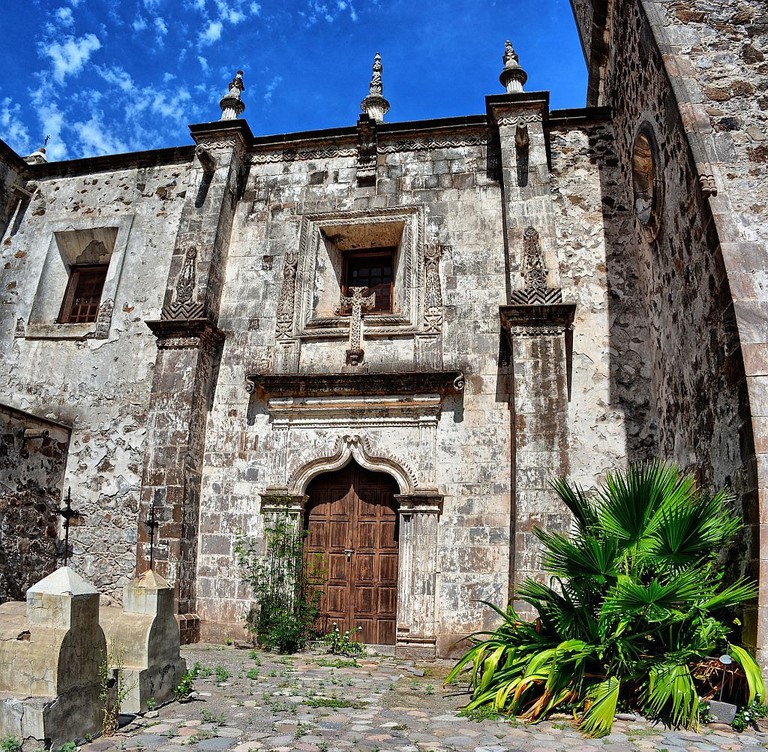 San Javier’s Misión San Francisco Xavier de Viggé-Biaundó was up and running from 1699 to 1817 and is one of the peninsula’s most well-conserved missions. Visitors are free to wander the mission’s gardens and grounds, taking special note of the three gold-leaf altars and the stained-glass window that was the first on the peninsula. Pay attention, too, to the pointed archway at its entrance and the buttresses that support it. This mission makes a nice day trip from Loreto, as San Javier is little more than a village, with not much to offer tourists in terms of housing and eating. 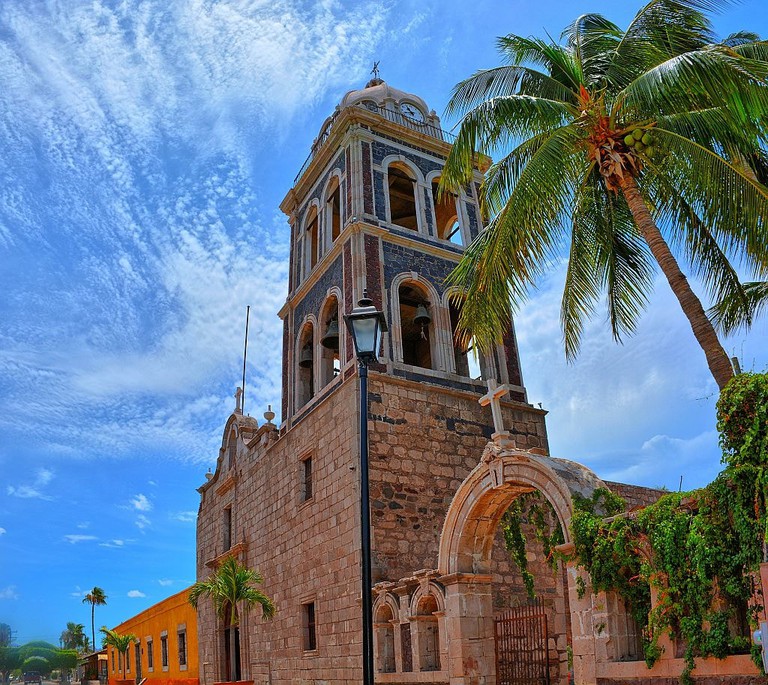 Loreto is one of Baja’s larger towns and a great pitstop for good coffee, food, and even an English-language used-book exchange. It was also the site of the peninsula’s first Jesuit mission, the Misión Nuestra Señora de Loreto Conchó. This mission was important as the capital and center of of religious life in the area for several decades. There is a museum attached to the church that will give you a comprehensive background of its significance in the area’s history.