The Best Traditional Markets across Mexico

Mercado Hidalgo, Guanajuato | © JoAnto./Flickr
While Europe has café culture, Mexico has market life, so it’s understandable that there are literally hundreds of excellent traditional markets to get stuck into on your visit to this expansive and culturally diverse North American country. While many visitors focus their attention solely on Mexico City, these are the top 10 traditional markets across the country that you need to make a beeline for.

The biggest market in Mexico City (excluding the Central de Abastos, which sells wholesale to businesses and vendors across the capital) is La Merced, which is famed for its food and selection of sweets, as well as for being a popular area for sex workers to congregate both day and night. Once an open-air market, it’s now a mostly-indoor arena filled to the brim with fresh produce and surrounded on all sides by colored tarps which protect the handful of outdoor stalls that are still in existence. 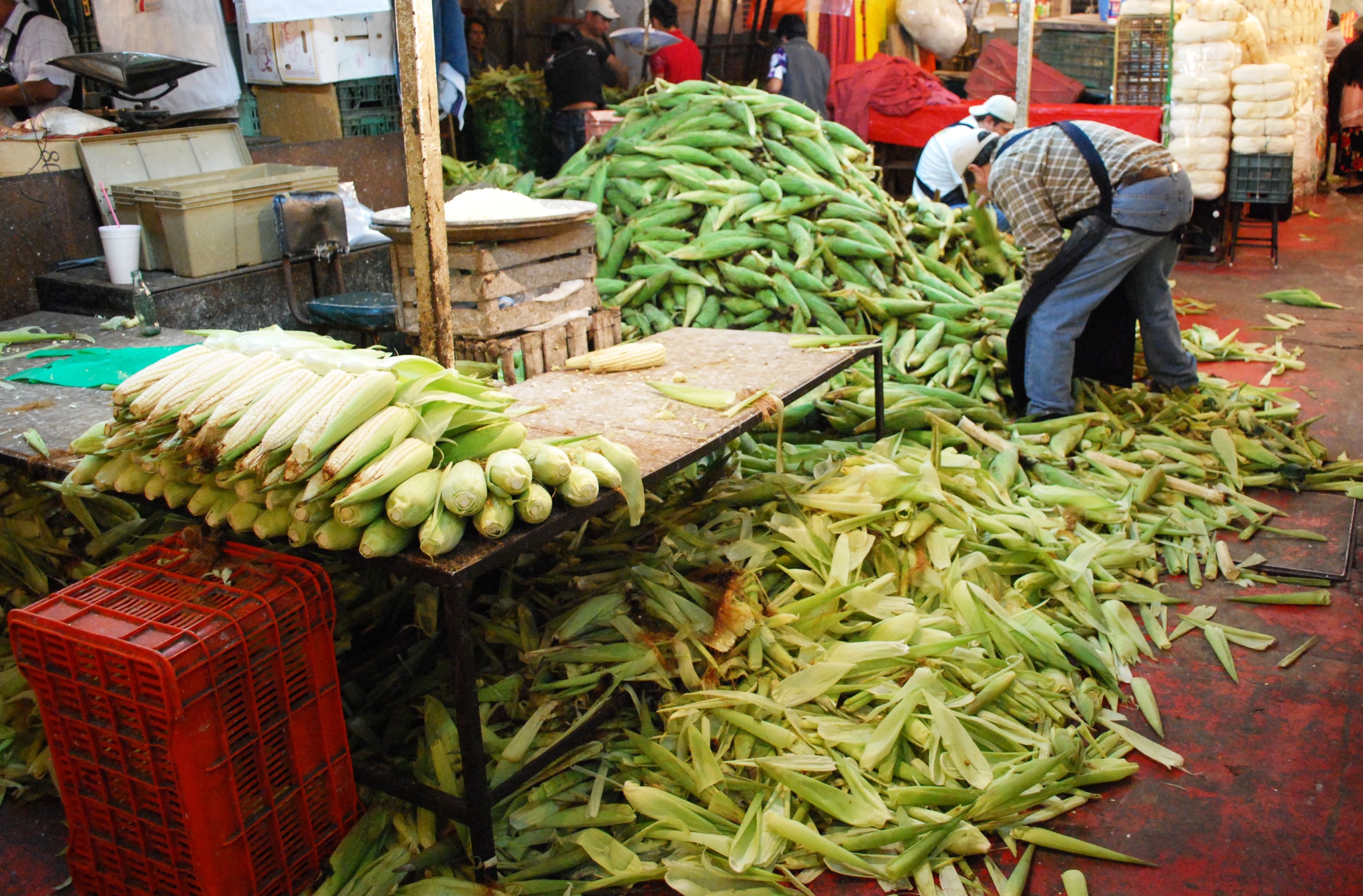 Mercado Hidalgo is situated in an undeniably impressive building that dates from the industrial era, and was initially intended to be a grand train station. However, this plan never came to fruition and the multi-level Mercado Hidalgo was born. It has since become a favorite of travelers and locals alike, who come to haggle over handicrafts, jewelry, and clothes, as well as find something for lunch in one of the many reputable fondas. 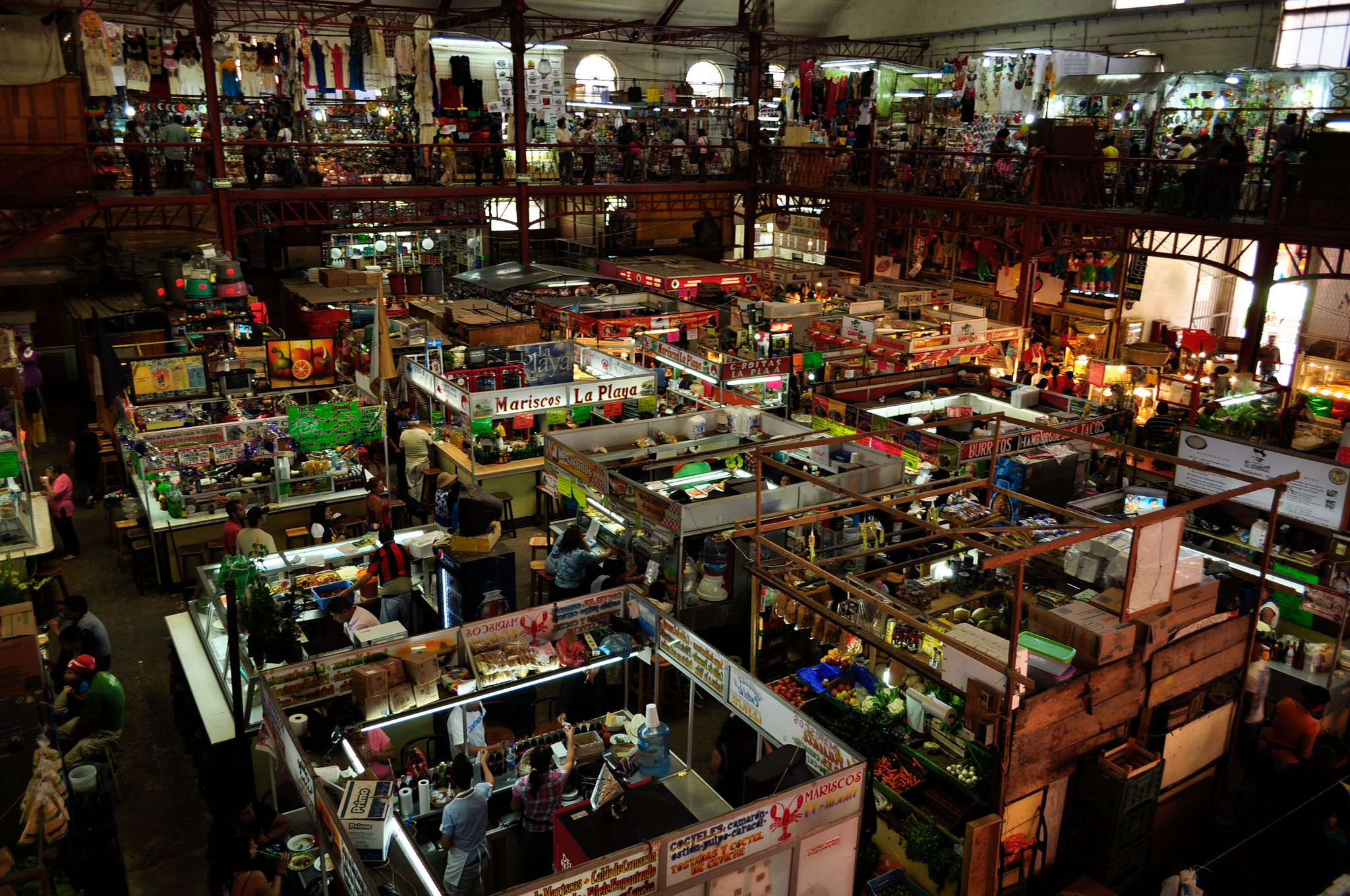 Oaxaca is possibly the most culinarily and culturally rich state in the whole of Mexico, and so its traditional markets are hard to beat. Arguably the best-known market in the capital is Mercado Benito Juárez, which is situated right alongside Mercado 20 de Noviembre, so while they’re actually separate destinations in and of themselves, you have to visit both. Pick up pre-prepared mole powder, or get some coffee beans ground freshly before your very eyes. If you’d prefer handicrafts, then buying a traditional alebrije wouldn’t go amiss. 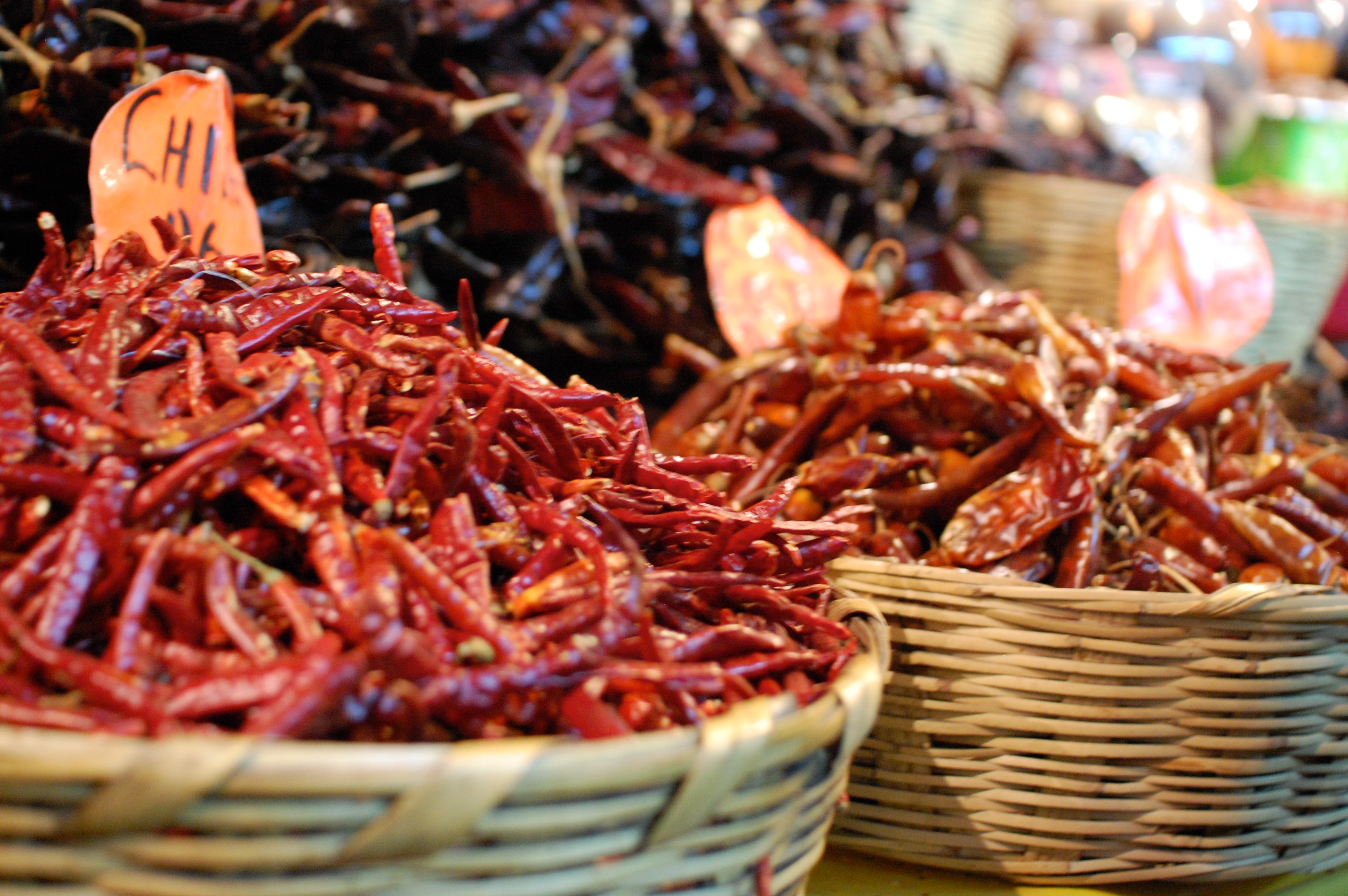 Perhaps Guadalajara’s most famous indoor market, and the largest in Latin America, San Juan de Dios is known for stocking anything from paper products to live animals, and stall after stall of leather goods, including saddles, sandals, and satchels. Don’t be afraid to haggle with the vendors for a better price on those pirated DVDs or knock-off trainers, and if you’re there for the cuisine, you can’t go wrong with a classic torta ahogada or tacos de birria. 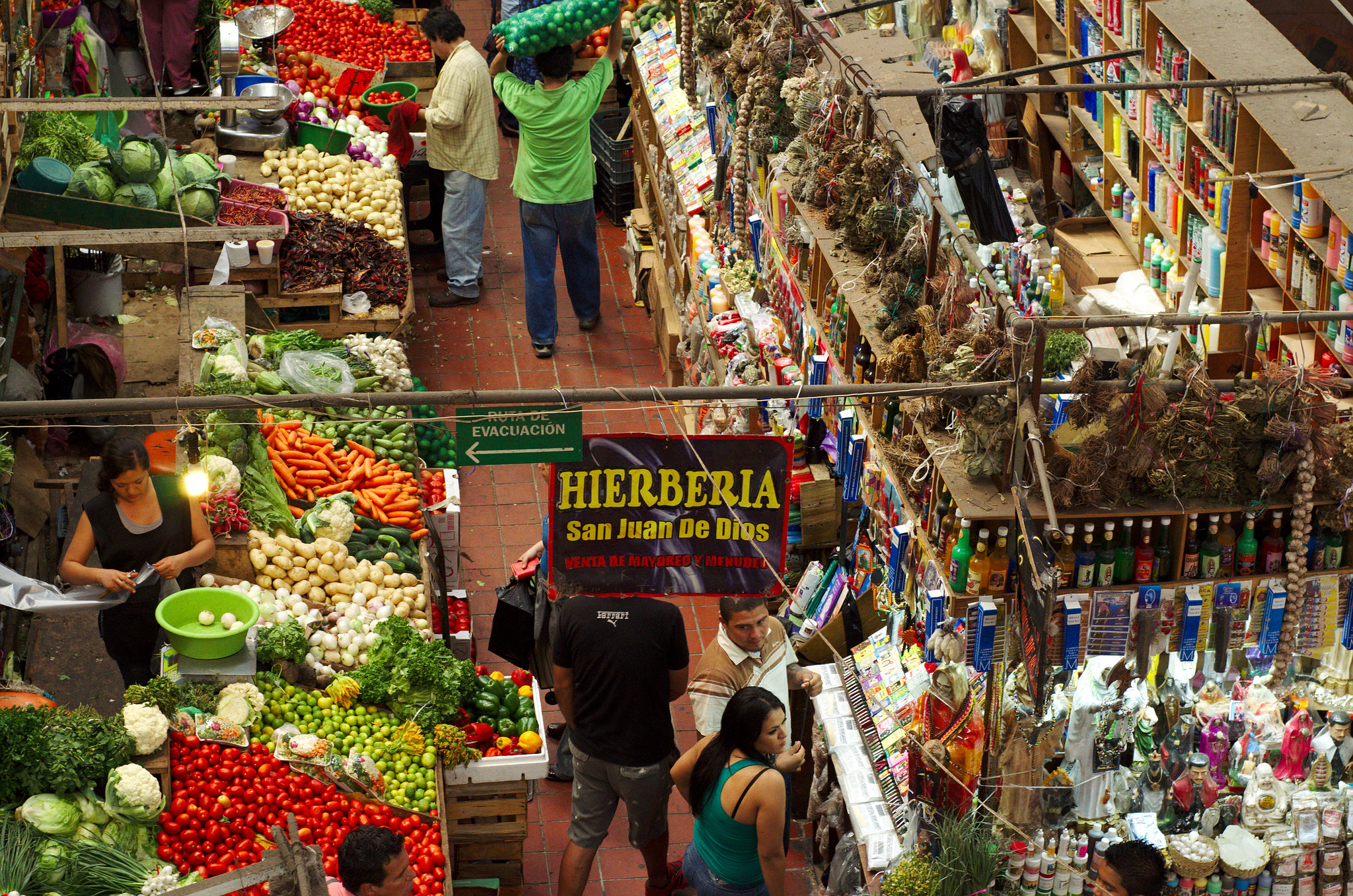 Michoacán, the state of which Morelia is capital, has a surprisingly rich culinary tradition and you can find much of the local cuisine at Mercado San Juan, alongside row upon row of fresh fruit, chilis and corundas (a typically triangular, tamale-like dish). It’s impossible to leave Mercado Revolución without buying some of the sweet treats for which the region is famous, though. Why does this market have two names? Who knows, but don’t get thrown off if you hear it referred to as both San Juan and Mercado Revolución!

Tepoztlán in the state of Morelos is a popular day trip from Mexico City, as well as a hippie enclave and must-visit destination for foodie travelers. It’s no surprise, then, that the central market in Tepoztlán is full to the brim with delicious and traditional foods (think spicy salsas and barbacoa), as well as a surprising number of vegan treats. The El Tlecuil stall is unmissable if you want to try out this animal-free food. Alongside snacks, you can pick up anything from handicrafts to incense sticks, too.

Mérida is one of Mexico’s most popular colonial cities, located in the humid Yucatán Peninsula. In this city, tucked away in the Barrio Santa Ana, you can find the imaginatively-named Mercado de Santa Ana, which is known for its huge variety of artisanal products that would make perfect souvenirs, as well as a delicious selection of typical Yucatán cuisine. Don’t go without picking up a traditional huipil, or tasting sopa de lima, papadzules and the delicious panuchos de cochinita.

If you want a truly traditional market, it doesn’t really get better than Oaxaca’s Mercado de Tlacolula which has not only been in operation since the Mesoamerican period, but continues to be one of the busiest and largest tianguis in the entire state. Here, you can find vendors from various Oaxacan communities who come to hawk their wares to the public, under the cover of the typical colored tarps that are common in Mexican open air markets. Browse for fresh produce, handwoven rugs, or even the typical mezcal of the region. 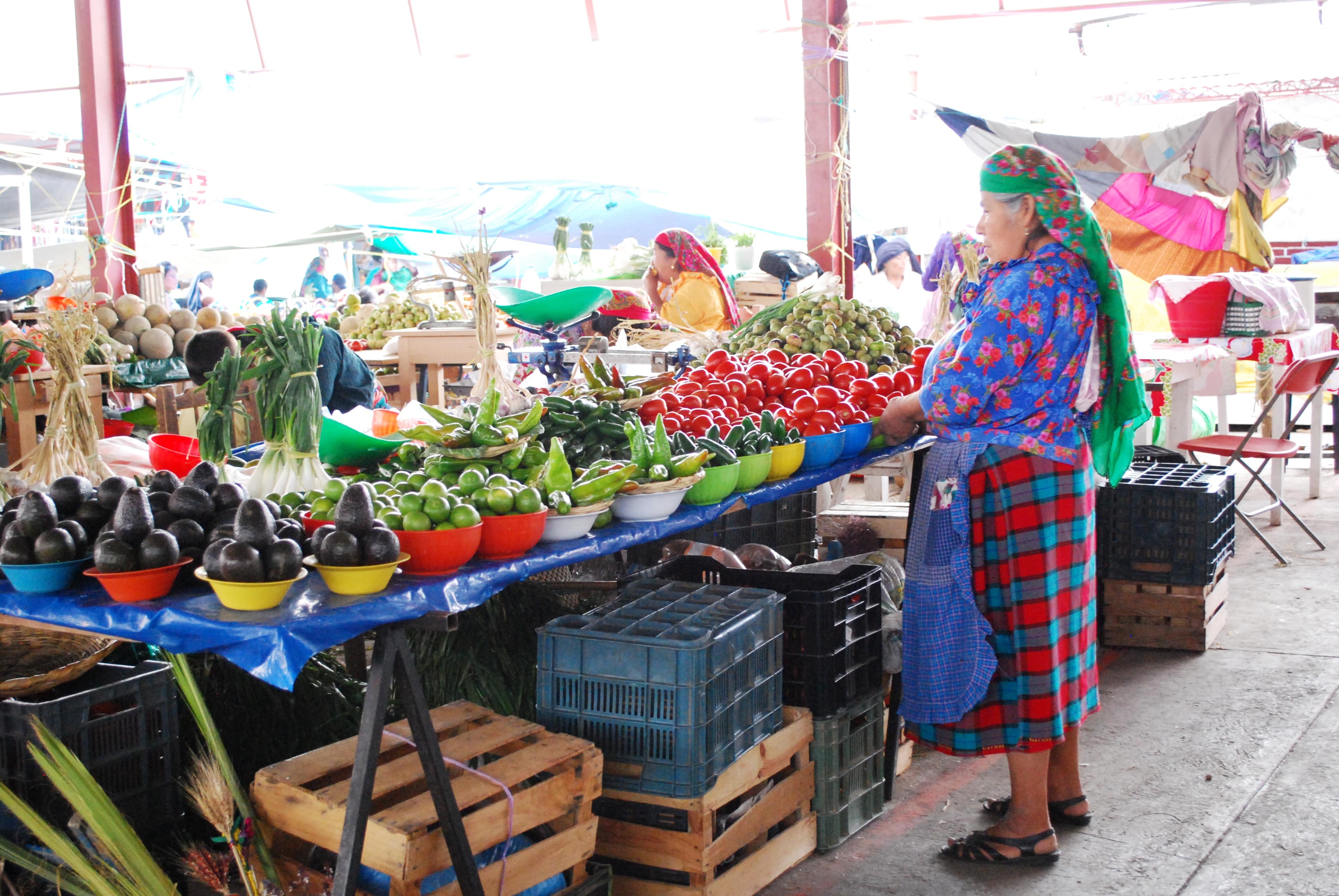 Inaugurated way back in the 1940s, San Luis Potosí’s Mercado Hidalgo is a fantastic traditional market often overlooked by travelers to the state who tend to head straight for Real de Catorce or Xilitla. It now plays host to 450 different vendors, who sell anything and everything from light snacks to traditional clothing, and Mexican folk art products. Enjoy a leisurely stroll around the stalls and try before you buy, but don’t visit the area after dark as it’s not the safest.

Puebla is known for being one of the most traditional destinations in Mexico, with its quaint buildings, winding streets and colonial, colorful vibe. It also has one of the most traditional markets in the country, which goes by two names (Mercado Melchor Ocampo or El Carmen), and has been going strong since the ’50s. You can pick up literally everything here, from piñatas to the Puebla classic of chiles en nogada, and the unmissable sandwiches known as cemitas.