The Best Things to Do in Tijuana, Mexico 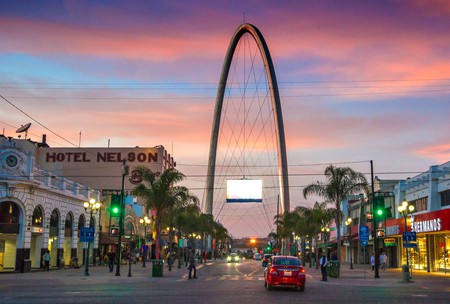 Tijuana has an age-old reputation as a frontier town on the Baja California peninsula – cross from California to Tijuana and you’re traversing one of the busiest border crossings in the world. But times are certainly changing on Mexico’s northwestern frontera. Sure, you can find all the tequila bars and sombrero souvenir shops you need on Avenida Revolución – but Tijuana also boasts modern art museums, intriguing cultural centers, elegant cuisine, theme parks and beaches to visit, too. Get inspired with our collection of the best things to do in Tijuana, Mexico. 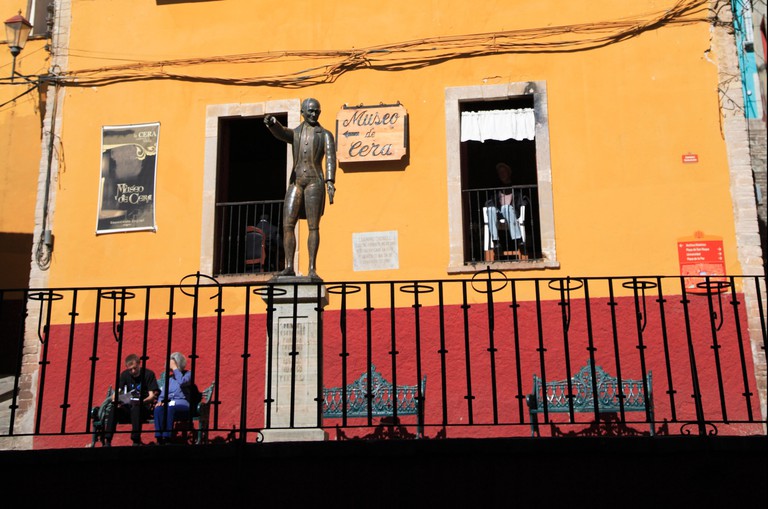 © wendy connett / Alamy Stock Photo
Mexican history comes alive – in a waxy sort of way – at Tijuana’s Museo de Cera. This fun yet educational museum has 80 wax figures spread out across 10 different, individually themed rooms. Start in the pre-Hispanic room, where wax figures of important Mayan and Aztec characters like Moctezuma bring indigenous Mexico to life. Move through the colonial era and into the 19th century, where you’ll see wax models of famed independence heroes such as Hidalgo and revolutionaries like Zapata, before the 20th-century room which has wax figures of well-known personalities such as Elvis and Gandhi. 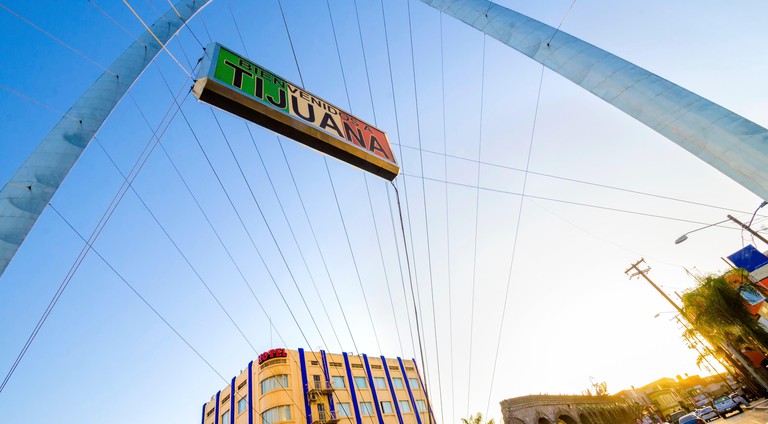 © Panther Media GmbH / Alamy Stock Photo
El Cubo provides Tijuana with over 1,500sqm (16,000sqft) of artistic exhibition space that aims to help turn the border city into a cultural hub. Located next to the Tijuana Cultural Center, El Cubo – or the Cube – has hosted hundreds of temporary galleries since it opened in 2008, with an ever-changing schedule that has included Buda Guanyin and Gabriel Figueroa in the past. Book a table at the adjacent Cubo Bistro, where you can enjoy local chef Nadya Fernandez’s blend of international and northwestern Mexican cuisine after a tour through the gallery. 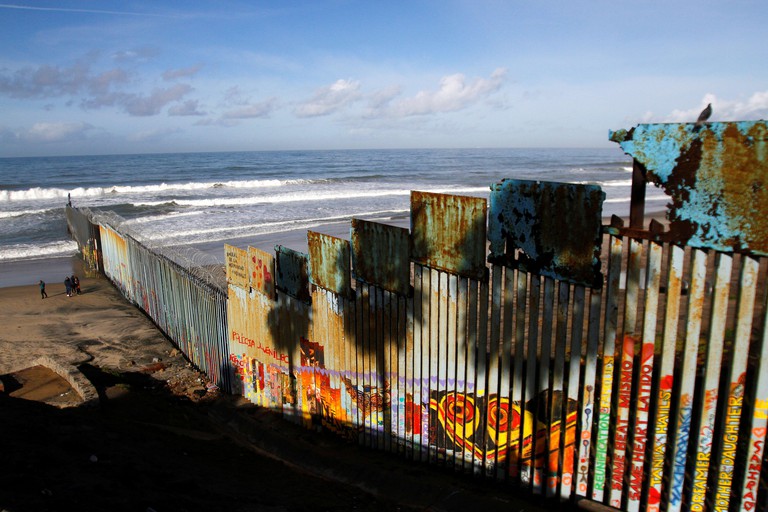 © REUTERS / Alamy Stock Photo
Stand on the US-Mexican border at Friendship Park, a cross-border public space intended to allow Mexicans and US citizens to meet. It’s not quite so simple, though, because a huge, uncrossable fence divides the park in two – even extending into the sea to stop people from illegally swimming over the border. The Mexican side of the fence is adorned with murals and artworks, and anyone’s allowed to visit as and when they choose on this side of the border. As you might expect, access to the US side of Friendship Park is strictly controlled in contrast. 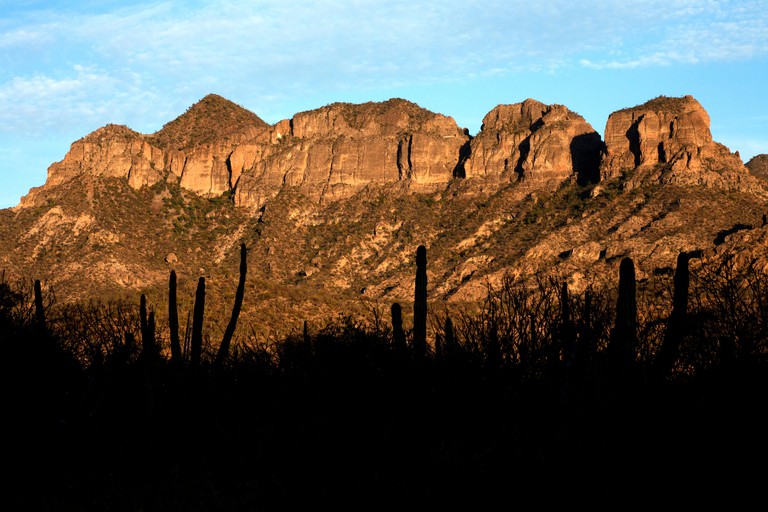 © Chico Sanchez / Alamy Stock Photo
Escape the city with a day out at Parque Morelos, Tijuana’s most popular eco-reserve and wildlife sanctuary. Ideal for families with kids, you can ride the land train on a safari through the zoological reserve, where you’ll spot turtles, tigers, ostriches and peacocks. If it’s hot, then take a break at the Aquatic Area, where big slides and swimming pools await you – if you like the heat, then take a walk through the desert garden, where Mexican cacti and nopales plants flourish. 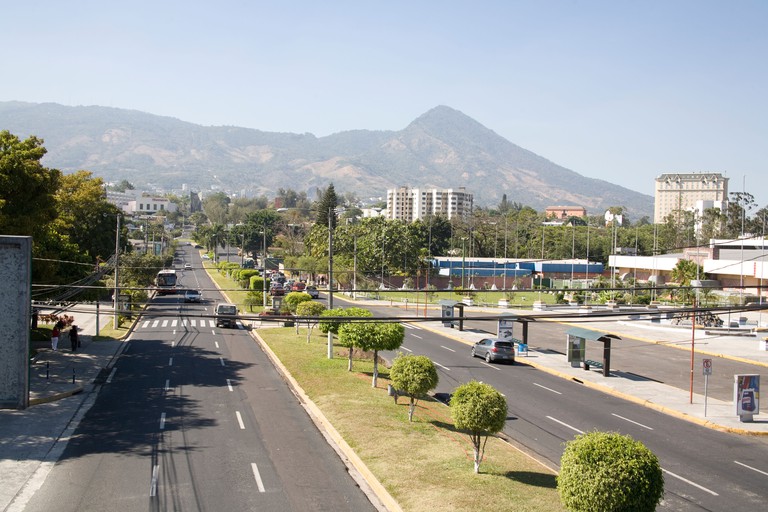 © Juliet Ferguson / Alamy Stock Photo
Avenida Revolución is Tijuana’s most famous boulevard and travelers either love it or hate it. This was the city’s first paved street – once home to the largest bar and cantina in the world – and it remains tourist and tequila central in Tijuana. First, head to Caesar’s for a taste of history while you’re on Avenida Revolución, because this restaurant is where the world famous Caesar salad was invented. Next, take your pick of the bars and, if you desire, you can stay out drinking coronas and margaritas until the early hours of the morning. 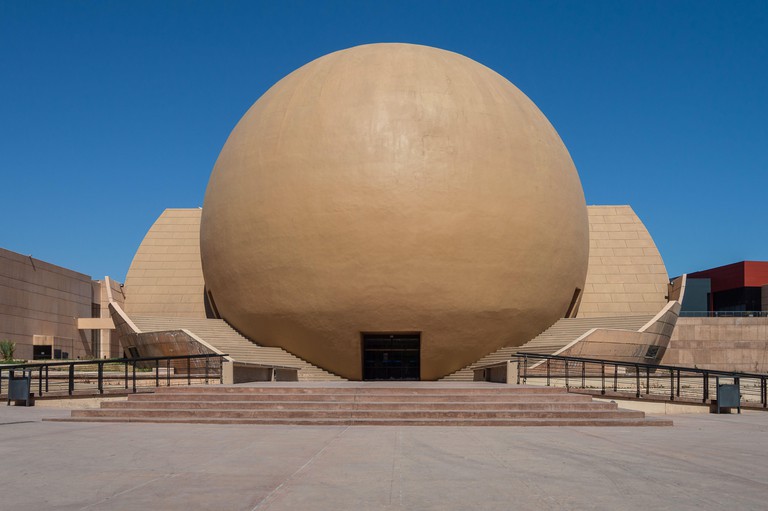 © Robert Briggs / Alamy Stock Photo
Film fanatics will want to catch the latest releases at Omnimax, Tijuana’s dedicated IMAX cinema. Omnimax is the centerpiece of the Tijuana Cultural Center – and the unusual spherical architecture of the cinema has led locals to nickname it the Ball. The spherical design allows Omnimax to showcase films across an awe-inspiring 360 degrees of high-quality cinema screens, making this an entertainment complex not to be missed. Grab some popcorn, then sit back and take in the immersive sights and sounds of the latest shows at Tijuana’s premier cinema. 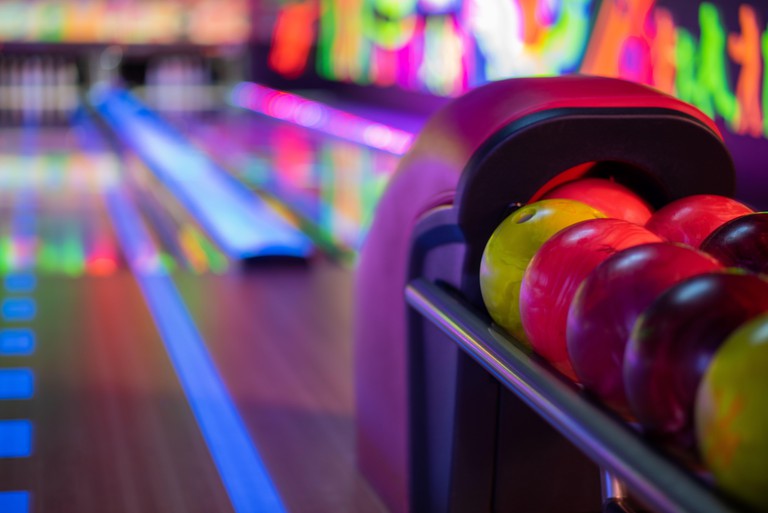 © Rushay Booysen / Alamy Stock Photo
Book your lanes in advance, because every evening Tijuana’s most popular bowling alley is packed out with bowlers and party-goers. If you’re after a quiet game of bowling then visit Bol Bol Tijuana in the early afternoon, because as soon as the sun sets the music is ramped up, the beers start flowing and the alleyways are clogged with bowling balls as pins go flying. You can order drinks while you bowl, as well as pizzas and chicken wings from the Bol Bol pizzeria. 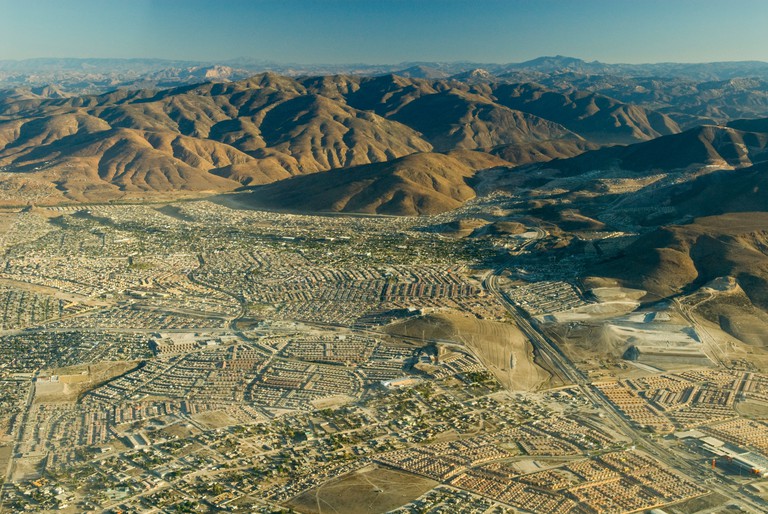 © Danita Delimont / Alamy Stock Photo
History is found in the most unassuming of places in Tijuana, including at the Old City Hall – or the Antiguo Palacio Municipal de Tijuana – which happens to be the oldest building in the city. Dating back to 1921, this former government building has seen the best and worst of Tijuana as the city grew from a dusty frontier town into a bonafide metropolis. The Old City Hall is now part of the local institute for art and culture, whilst the building regularly hosts art and history exhibitions focused on Tijuana. 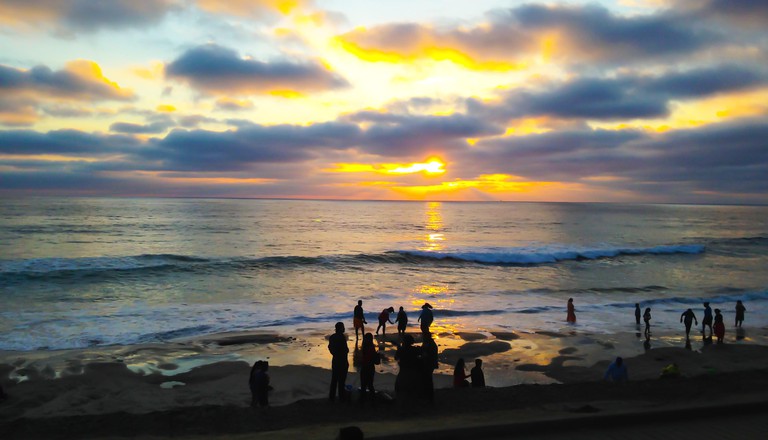 © daniel millet / Alamy Stock Photo
Tijuana isn’t just a border city – it’s a coastal city, too. That means one of the best things to do in Tijuana is visit the beach. The western most part of the city – officially Playas de Tijuana and unofficially called Playami – is all sand and sea, running right up to the US border which cuts the beach off at the northern end. Tijuana Beach is lined with boardwalks, restaurants, bars and hotels. You can find surf spots, rent paddle boards or just laze around on the sand all day.

Honest Abe has stood tall on a Tijuana roundabout since Monumento Abraham Lincoln was first unveiled in 1981 – and it’s quite the hit with tourists traveling over the border from California. But what did Lincoln have to do with Tijuana? Not much, exactly, but the president was a staunch opponent of the Mexican-American War in the 1840s and found an ally in Mexican president Benito Juarez – they were both in office at the same time. The statue of Lincoln was erected as an act of mutual friendship in the 1980s, with a statue of Benito Juarez built in San Diego at the same time.