The Best Things to Do in Chichen Itza, Mexico 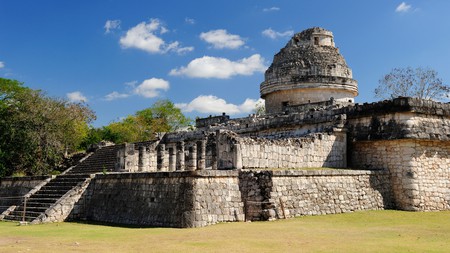 Our guide to the most famous heritage site in Mexico includes tips on the best things to do in Chichen Itza, from swimming in cenotes to decoding macabre carvings.

Home to tens of thousands of inhabitants at the height of its power in the 10th century CE, Chichen Itza now wows millions of tourists every year with its Mayan pyramids, pre-Hispanic ball courts and sacred cenotes. Reclaimed by the forests after the Spanish conquest of Mexico, Chichen Itza’s temples and marketplaces have once again been excavated and restored, allowing visitors to witness the glory of this once-powerful Mayan city.

The Mayan world viewed the Yucatan’s many cenotes – natural, freshwater sinkholes – as sacred, with almost all Mayan cities built around them. Chichen Itza is no different and the archeological site includes several deep cenotes which have revealed a wealth of Mayan history. The most important cenote was the Sacred Cenote, which was used for religious purposes including human sacrifice. Then there’s Cenote Xtoloc, a major water source for the city, whilst Cenote Ik Kil is less sacred – mostly used by tourists looking to cool down after a trip to the ruins. 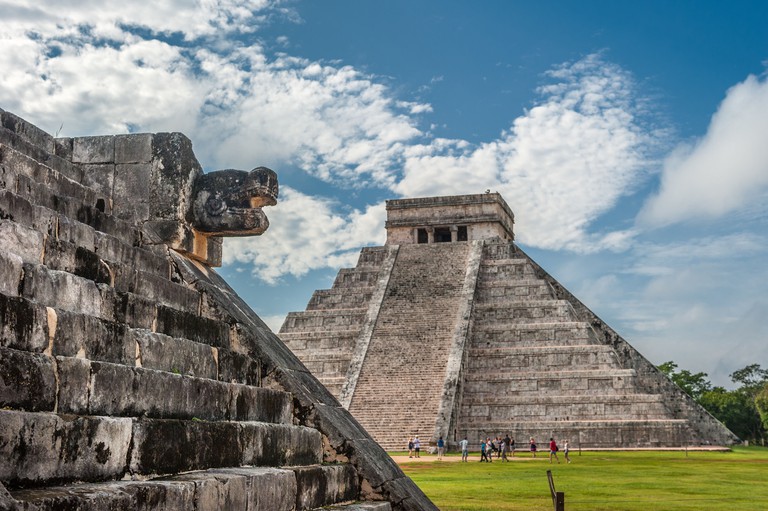 The first thing that greets travelers as they walk along the pathway into the city is the imposing, impeccably symmetrical pyramid of El Castillo. Standing at 24m (79ft) with 91 steps on each of the four sides – and one step at the top – El Castillo is one of the Mayan world’s most enduring legacies. El Castillo was a religious pyramid acting as the Temple of Kukulcan, the Mesoamerican feathered serpent deity. Start your tour of Chichen Itza here, at El Castillo, from where the rest of the city radiates outwards.

The intricately carved, rectangular stone walls of La Iglesia are some of the oldest surviving examples of Mayan architecture in Chichen Itza. Hidden away behind the observatory, La Iglesia isn’t as imposing at first glance as El Castillo, but stop for a closer look and you’ll be drawn in by the ornate motifs of serpents and the rain god Chaac. For more information, you’ll need a guide who can translate the fading Mayan hieroglyphs to explain more.

Rather unflatteringly, the Spanish named Chichen Itza’s complex astronomical observatory El Caracol, which translates into English as The Snail. The crumbling, spherical dome, with its spiral staircase, does look slightly snail-shell-like, but the name doesn’t quite do the Mayan’s astronomical knowledge justice. Mayan astronomers would make observations of the sun and stars from the tower, as it allowed a clear, elevated view of the night sky from an otherwise flat city. The Mayans placed much importance on the data collected by astronomers and El Caracol is a fascinating place to delve deeper into Mayan culture and history. 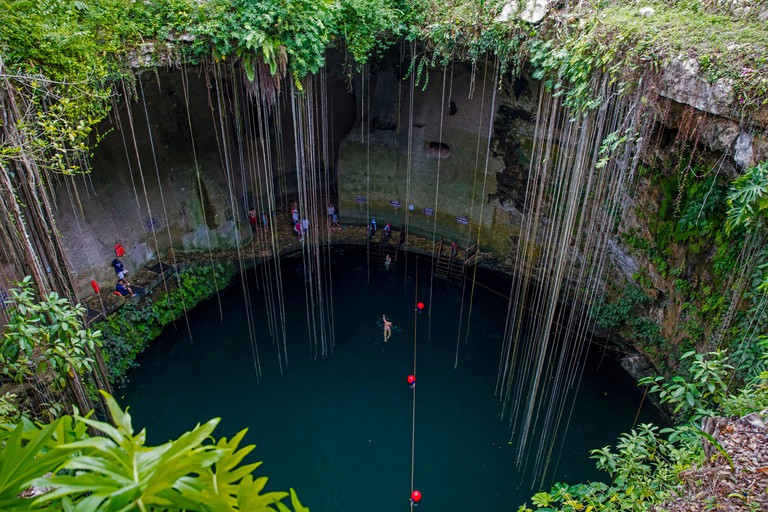 Lurking 26m (85ft) below the surface are the fresh, cooling waters of Cenote Ik Kil. Just 3km (2mi) from the main entrance to Chichen Itza, this is one of the best places for a swim after spending the day walking through the hot, dusty ruins. Long vines fall from the cavernous rooftop down to the water, while sunlight breaks through the cracks and gaps in the cave’s roof. The water reaches a depth of 60m (197ft) in places and is remarkably clear given this extreme profundity. Don’t worry if you’ve forgotten your towel, you can rent one at the entrance along with a locker and a lifejacket.

To explore one of the oldest sections of Chichen Itza, take a walk to Casa Colorada, where you’ll find a rectangular stone house covered in carved inscriptions atop a tall plinth. Steps lead up to the building, named the Red House by the Spanish for the red paintings and inscriptions found on its walls. The paint has mostly disappeared, but this only adds to the sense of ancientness that the house exudes. Casa Colorada and the surrounding buildings – including The House of the Deer – all date to around the 9th century CE, but it’s unclear exactly what their purpose was.

Measuring 60m (197ft) across and dropping to almost 30m (98ft) below the surface, it’s easy to see how the inhabitants of Chichen Itza saw the city’s main cenote as a sacred place. You can’t swim in the Sacred Cenote as you can in others nearby, but stand on the clifftop overlooking the water below and you’ll be transported back a thousand years in time to when the Mayans held religious ceremonies here. Archeological dredging has previously brought up ceremonial objects such as obsidian knives and jewellery, as well as a macabre number of human skeletons.

Temple of the Warriors 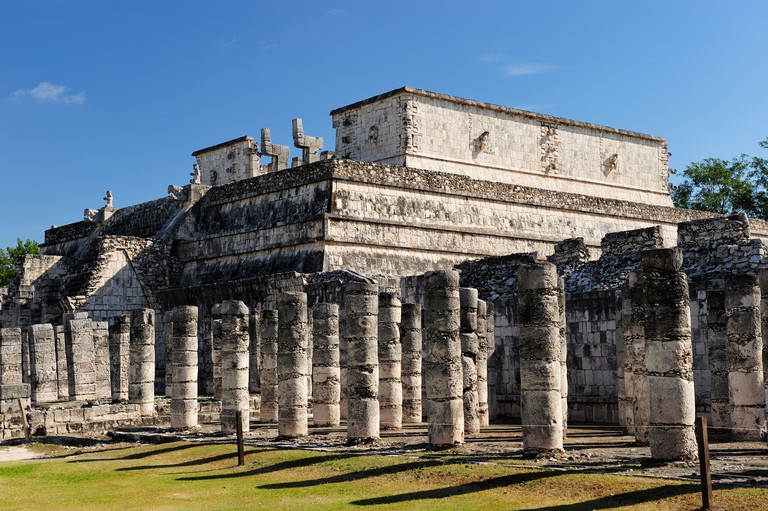 The Temple of the Warriors was dedicated to the Mayan warriors who fought across the Yucatan when Chichen Itza was at its zenith. The extravagant temple was first excavated in the 1920s and inside were found elaborately painted murals that depicted combat scenes, battles and wars in the Mesoamerican world. The murals faded once exposed to the elements, but the temple’s impressive architecture, inscriptions and statues all remain. You’ll easily recognize the Temple of Warriors by the extensive columns that run along the base of the structure. These columns form the entranceway to the temple and they all contain reliefs and inscriptions and carvings of warriors and battles, too.

Sacred cenotes abound in the Mayan world and the second-largest to visit in Chichen Itza is Cenote Xtoloc. Located within the grounds of the ancient city – not far from the Temple of Warriors – Cenote Xtoloc was considered to be sacred because it was one of Chichen Itza’s main sources of fresh water. The cenote is deep and while you can look over the edge into the abyss, it’s off-limits for swimming. Next to the cenote is Temple Xtoloc, which is named for the cenote.

Treat yourself to top hotel stay in nearby Valladolid or book one of Yucatan’s most amazing places to stay, all bookable through Culture Trip. Explore more of Yucatan’s beautiful destinations or head out to Cancun for a bite to eat in restaurants that locals love.