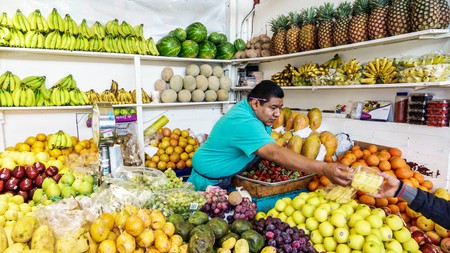 Street food can be found on pretty much every corner in Mexico City, so you’ll never be short of options if you’re craving a tamale or a classic taco al pastor. However, if you’d rather get your street food fix in one handy location, these are the best markets in the city that serve up classic Mexican antojitos and other tasty snacks.

Market, Mexican
Facebook
Email
Twitter
Pinterest
Copy link
Share
Map View
It might sound strange to recommend a metro stop as one of the best places to grab street food in the Mexican capital, but if you surface to the street at the Chilpancingo metro stop (in Hipódromo Condesa), then you’ll find a wealth of stalls serving everything from tlacoyos (masa tortillas stuffed with cheese and beans), sopes (fried masa base with savory toppings) and tacos. This is a great market to head to if you’re on the move and don’t have time to head to one of Mexico City’s more well-known indoor locations. Some say the flautas (fried corn tortillas wrapped around shredded chicken and other toppings) and then fried sold at the Puesto de Flautas stand are the best in the city. 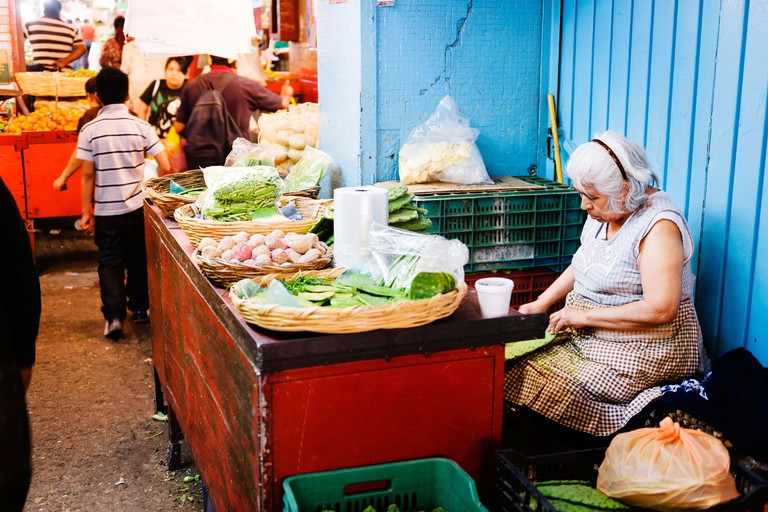 © Tom Hanslien Photography / Alamy Stock Photo
Mercado de la Merced (more commonly known as La Merced) is one of Mexico City’s largest and oldest markets that’s safe to visit during the day and offers a fascinating insight into Mexican food market culture. Divided into seven zones, the market is stocked full with all kinds of Mexican food. Plus, there are also countless food stands where you can sample freshly grilled or fried street food – just look out for the places with running water and crowds of locals gathered around and you really can’t go wrong.

Market, Mexican
Facebook
Email
Twitter
Pinterest
Copy link
Share
Map View
Only trading at weekends, Mercado Sullivan (Sullivan Market) is a roaming tianguis(farmer’s market or flea market) that sets up shop on Avenida Sullivan from roughly 9am. At this outdoor street market you’ll find the humble pambazo (bread dipped and fried in a red guajillo pepper sauce and filled with papas con chorizo) – the quintessential Mexico City snack –alongside all the classic antojitos such as barbacoa (slow-cooked meat seasoned with chilies and spices), tacos and quesadillas. 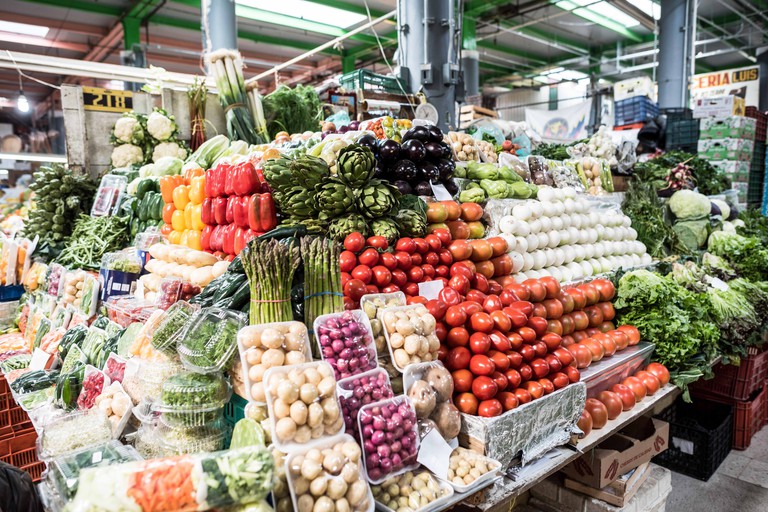 © David Coleman / Alamy Stock Photo
If you want a more adventurous (or unique) Mexico City street food experience, there’s no better place to venture than Mercado de San Juan which is known for serving up creepy crawlies and edible insects. You can also find alternative meats here that make vegetarians and vegans a little queasy (think crocodile and ostrich). 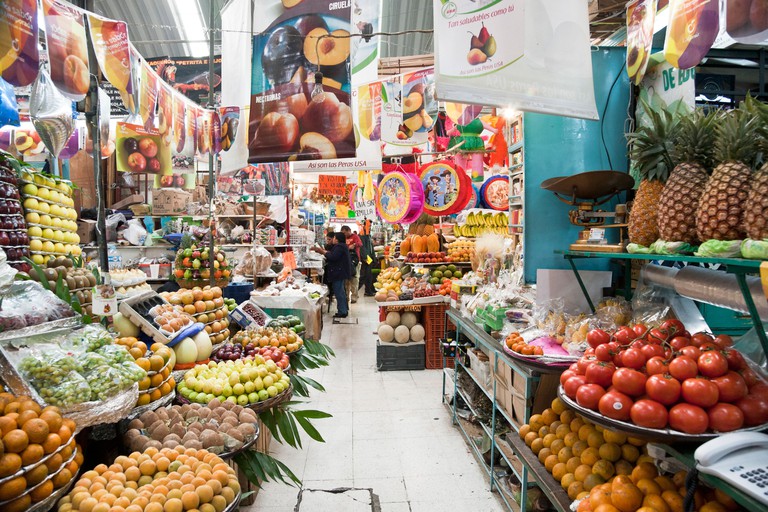 © Dorothy Alexander / Alamy Stock Photo
Easily one of Mexico City’s best indoor markets is the centrally located Mercado Medellín, named after the Colombian city and a great spot to head to if you’re looking flavors imported from other Latin countries. It’s particularly well-known for its Cuban ice cream vendors, although you can still find some classic street food on offer at the Calle Coahuila entrance and a popular seafood stall called La Morenita.

Market, Mexican
Facebook
Email
Twitter
Pinterest
Copy link
Share
Map View
Narvarte is home to some of the best taco spots in the city. Head to the Glorieta SCOP park for an array of food stalls that branch off in all directions (tip: opt for the row that lines Avenida Doctor José María Vertiz for the best selection). Keep your eyes peeled for Los Tacos de Cochinada, Tacos Beto and Juan Bisteces. 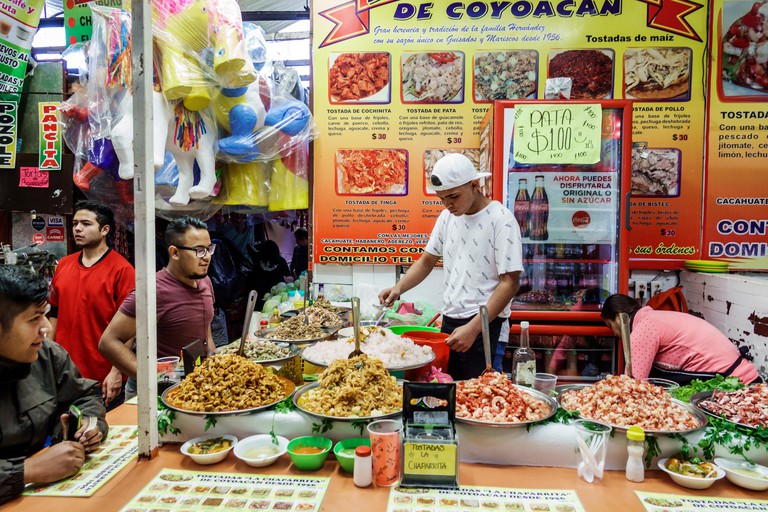 © Jeffrey Isaac Greenberg 7 / Alamy Stock Photo
Famed for being the market where Frida Kahlo did her weekly shop, Mercado Coyoacán is a little more expensive but for good reason once you’ve tried a tostada from Tostadas de Coyoacán or the seafood from El Jardín del Pulpo. Take a stroll through the market and see what catches your eye. If you don’t find anything inside, perhaps one of the street vendors outside will have something else to entice you.
Give us feedback