As well as being known as a bustling locale, Mexico City is known for its food. Its markets are legendary, and its restaurants excellent, but it is in street food that Mexico truly shines. Follow your nose and eat where the locals eat, as The Culture Trip looks at the best street food stands in Mexico City. 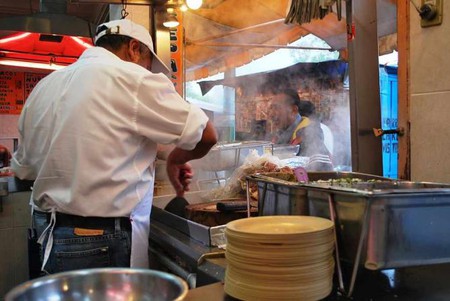 Tacos al pastor are a Mexico City staple, al pastor meaning ‘in the style of a shepherd’. At El Huequito, the chilli pork is roasted on a revolving spit like a kebab. Served in a small tortilla with onion and coriander, these tacos are a taste of the city. El Huequito is an institution, running since 1959 from their small hole in the wall in Ayuntamiento, with a few more locations popping up around the city since. Huequito means hole-in-the-wall, and the straightforward, self-descriptive name reflects their delicious, but down-to-earth shepherd’s tacos.

This little tin shack might look unassuming, but it is actually one of the best places in the city to sample the fruits of the sea. A quick glance at the clientèle provides a pretty decent cross-section of the local populace, from kids to older men to labourers out for lunch. Their ceviche (seafood salads served with lime juice, vinegar, olive oil, and some veggies) are the highlight, the dressing setting off the flavours of the fresh seafood. 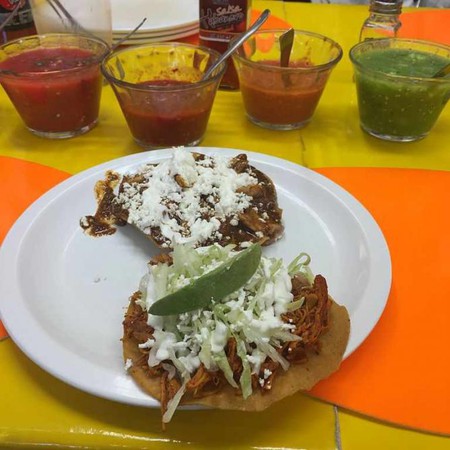 In the heart of Mercado de Coyoacán is a tostada stand. Tostadas are corn tortillas topped with something, anything. Think open-faced sandwich, but with a tortilla. At this stand, the toppings are heaped on. Try pork in mole, mole being a chocolately sauce that works surprisingly well with the succulent meat. Although there is a stand next door selling fruit water, try the horchata. If you’re in the area, perhaps to visit The Frida Kahlo Museum, spin by and spend a few pesos at this stall. 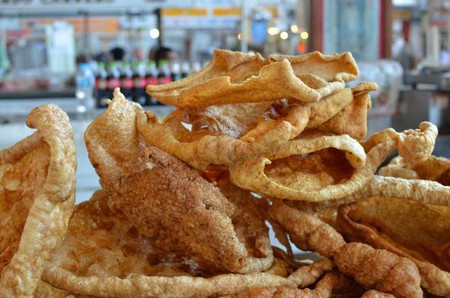 Chicharrón are the Mexican equivalent of pork scratchings. Like their cousins, chicharrón can come in little foil bags, often with a sachet of hot sauce, but these aren’t what we’re talking about. Real chicharrón can be as large as a metre square, and are a common snack. The stall near the Mercado de Medellín entrance sells high-quality chicharrón, so sample the snack the way Mexico intended, Chipping small pieces off of a sheet of rind. 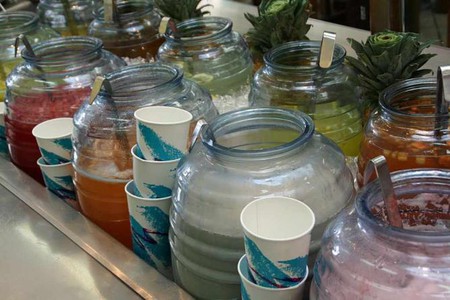 Aguas frescas can be found all over the city in hundreds of locations and even more flavours, but el Abuelo makes the best. This vendor has been setting up shop at Plátano Xochitl for dozens of years now, hence his name (it means ‘grandfather’). With at least 10 flavours on offer at any given time, it’s hard to find fault with either the quality or variety of the old man’s drinks.