The Best Restaurants in Puebla, Mexico 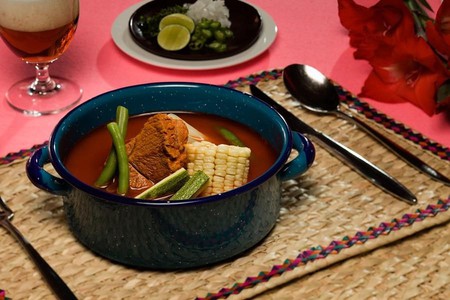 Unesco-protected Puebla, Mexico, is known for its baroque and Renaissance architecture, earthenware pottery and food. Find out where you can eat the best mole sauce and many other delicious dishes in the city.

The neighboring presence of the mighty Popocatépetl volcano – often with a plume of smoke snaking from its crater – certainly gives Puebla a dramatic backdrop. And equally as impressive is the Unesco-designated city center, brimming with colonial architecture, buzzing street life and some of the finest places to dine out in the region. While the must-try mole poblano (a thick chili sauce) is the culinary specialty in Puebla, there’s plenty more to tickle your taste buds. Here’s our pick of the best restaurants in the city. 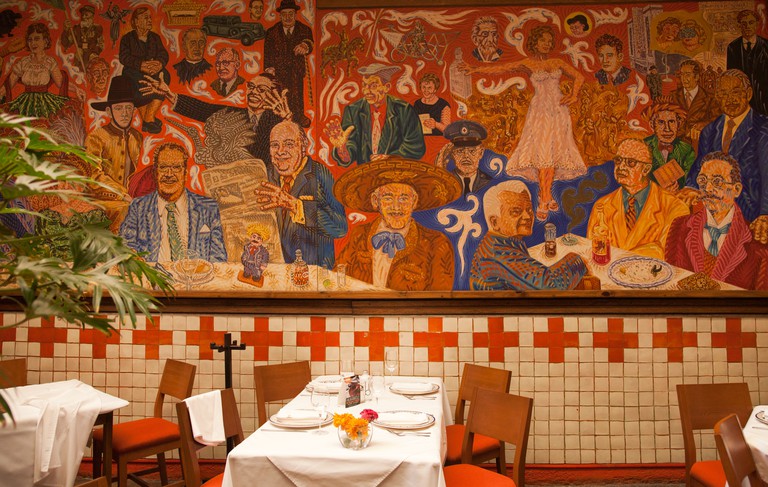 A firmly established favorite among many locals and visitors, this city-center restaurant prides itself on its outstanding regional fare. It sources ingredients from small producers around the state, and many of its recipes have been handed down across generations. It’s largely famed for its moles – dark brown, spiced, tomato-chili sauce – with the mole poblano being exemplary. Braver diners can choose from insect-based seasonal dishes featuring everything from maguey worms to grasshoppers. A superb mural depicting the history of Puebla might provide a useful distraction.

Inside the upscale boutique hotel of the same name, the Casareyna is another traditional mainstay where you’re guaranteed some top-notch regional flavors. If you can’t choose between the excellent moles, you can plump for the four-sauce sample platter that includes the lovely, rich mole poblano. Its Mexican caviar (edible ant eggs) is a popular starter, too, while many – including the chefs themselves – claim that the chiles en nogada (stuffed chilies) is the best in town.

Sometimes only a taco will do, and when you get that hankering, this is the place to go. It’s bang in the heart of the historic center and offers a great choice of Mexico’s most famous export. The frog-themed taquería is spread across two adjacent premises – one of which is a little fancier than the other (with the patio) – but both serve some of the finest, if not the best, tacos al pastor (spit-roasted pork tacos) in the city.

This trendy, city-center eatery takes the holy trinity of Mexican cooking – corn, beans and chili – puts them together with ancient recipes and then gives them an innovative, 21st-century twist. The result is some delicious food, which is as much a feast for the eyes as the belly. Its zucchini blossom and goat’s cheese croquettes make a fantastic fried starter, while each of the select main dishes is an experience in itself. Tables are also spread across several floors of a stylishly understated dining space.

Set away from the city center in the neighborhood of the same name, La Noria is certainly worth the extra cab fare. It’s a bit of a Puebla institution and a perennial local favorite, and it’s not hard to see why. Part of its appeal is a lush, leafy garden where you dine surrounded by tropical flora – a genuinely romantic spot by night. Food-wise, it’s a rich melange of local flavors, elegantly presented with a flourish.

Making waves with its fresh and contemporary take on local Pueblan cooking, this small and hip restaurant takes a bit of a departure from Puebla’s buttoned-up dining scene. The cuisine is a tightly curated selection of classic regional flavors, reinvented with a fusion of European cuisine – burrata salad shares the menu with cemitas de lengua (the Puebla version of the Mexican torta sandwich). Don’t leave without trying the mezcal clamato, a smokier take on a bloody mary.

Semi-ruined, red-brick arches and crumbling stone walls make a pleasant, atmospheric setting for sampling Restaurante Tacana’s outstanding menu of contemporary Mexican food. Served in glazed earthenware and topped with edible flowers, the presentation of the dishes is first-class, and the flavors – including Pueblan chalupas (fried mini tortillas topped with salsa) and bean-smothered enfrijoladas – more than deliver. What’s more, for the price-to-quality ratio, you’d struggle to find anywhere better in town.

Looking for more? There are plenty of reasons why you should visit Puebla, including the best bars. You’ll be less than a two-hour drive from the Mexican capital, so why not extend your stay with one of the best hotels in Mexico City? Alternatively, treat yourself to a luxurious stay at a boutique hotel in the capital – all bookable via Culture Trip. While you’re here, don’t miss the must-visit attractions in Mexico City.

This is an updated version of an article originally by Lydia Carey.