The Best Places to See Wildlife in Mexico

Mexico is a wild place, full of breathtaking animal and insect migrations, not to mention incredible wildlife preserves where visitors can take in the wide range of native flora and fauna. There are so many beautiful locales to experience nature that the top spots are ever-debatable – here’s our personal pick of the best.

Each year some of world’s largest mammals – the California gray whale – migrate to the Gulf of California (called the Sea of Cortez in Mexico) to breed and birth their young. As the last of their species in their genus, and the last genus of the family Eschrichtiidae, swimming with and seeing these beasts is a once-in-a-lifetime experience. The Gulf of California also has an incredible wealth of marine animals and birds that are bound to feature in your trip too.

With hundreds of species of flora and fauna to speak of, the Sian Ka’an Biosphere Reserve is the largest protected natural area on the Mexican Carribean. The Reserve has been named a UNESCO site and has tropical forests, mangroves and marshes, as well as a large marine section intersected by a barrier reef. Several tour companies have low-carbon footprint tours that you can take into this very special region of the Yucatan Peninsula. 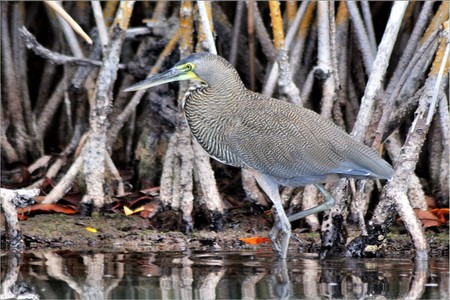 A bird-lover’s paradise, the Tufted Jay Preserve in the humid Mazatlan lowlands is not only home of its namesake – the tufted jay – but also the bumblebee hummingbird, the rufous-capped burshfinch, the crescent-chested warbler, Scott’s oriole, the mountain trogon, the white-eared hummingbird, the red warbler, and the red-headed tangier. According to Peter Alden, the author of Finding the Birds of Western Mexico, tufted jays were the last bird discovered in Mexico, previously hidden in the mountains until the road from Mazatlan to Durango was constructed in the 1930s. 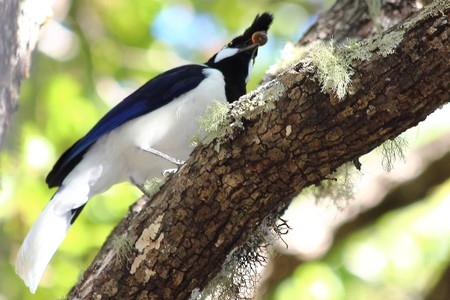 Every year millions of monarch butterflies make their way from Canada and the United States down to their winter habitat in the state of Michoacan. From January through March you can visit the butterfly sanctuary and either hike or ascend on horseback to the cool, treetop home of the monarchs, watching them huddle together in the evenings for warmth and flitter off to look for food during the day. 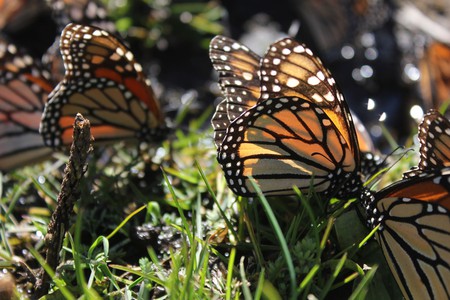 The Celestun Biosphere Reserve was given protected status in 1979 because of its importance as a feeding ground for the American flamingo and other waterfowl. The flamingos migrate each year to the reserve in winter, and there are tours that will take you out to them in thousands. The reserve is also home to nesting grounds for sea turtles and many other marine species. Boat rides, beachfront eating, birdwatching and fishing can also all be enjoyed here.

The Banco Chinchorro is a reef off the coast of Quintana Roo with three tiny islands, one with an American crocodile reserve on it. This reef and its islands are one of the most beautiful and isolated places to snorkel and dive in Mexico. The Banco Chinchorro is part of the second largest coral reef in the world and visitors often see stingrays, dolphins, marine sponges, sea turtles, and sea snails. 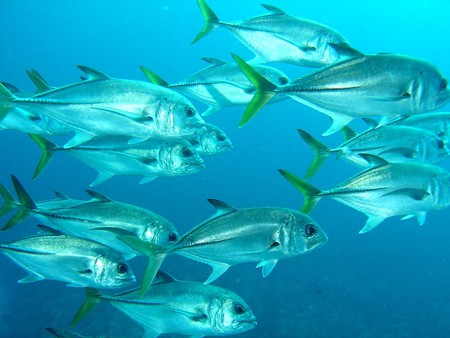 Los Tuxtlas’ special geographical location means that the reserve has an incredible amount of biodiversity within its borders. One hundred thirty-nine species of mammals live in the park in extreme ecological isolation. The are also 561 species of birds, 531 species of butterflies, 23 species and 10 genus of stingless bees, 133 species of dragonflies and 164 species of beetles. The park is under extreme threat from local deforestation and development, and is considered critically threatened.