The Best Places To Go Hiking in and Around Mexico City 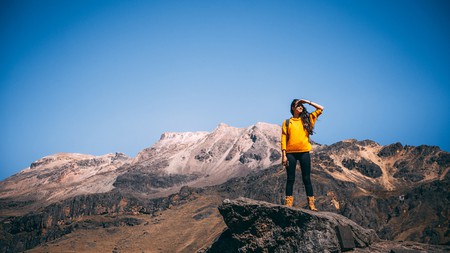 The Mexican Valley and its neighboring states of Puebla, Tlaxcala and Morelos are home to a variety of important volcanoes and forests, making them the perfect places to go hiking and to do other types of outdoor activities.

Mexico City is one of the busiest cities in the Americas. Due to some unfortunately high pollution levels, the government has placed particular importance on protecting the natural parks and all the green spaces across the capital. Here are the best places to balance your urban stay with nature, fresh air and outdoor activities in and around Mexico City. 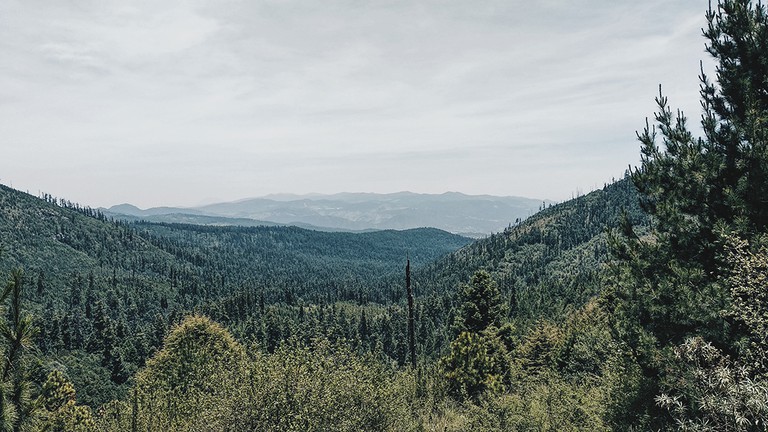 © Erick Rebollo / Getty Images
Translating to ‘Desert of the Lions,’ this forest is one of the biggest and most popular national parks in Mexico City. The area stretches from the boroughs of Cuajimalpa to Álvaro Obregón and is part of the Sierra de las Cruces mountain range. A strange name for a forest, Desierto de los Leones is so called because of its location far from the city and the lack of population in this area. The first convent ever built in Mexico was put here in the 17th century, which today is a tourism site. In 1917, the Mexican president, Venustiano Carranza, declared the convent and the whole Desierto de los Leones a national park open to the public. With its cool temperature and beautiful landscapes, the area is especially popular with athletes, runners and hikers. To get to the park, head to Barranca del Muerto metro station and catch a bus from here to Santa Rosa. Or, take the Mexico-Toluca highway or Avenida de los Insurgentes.
Open In Google Maps
Desierto de Los Leones Ciudad de México, Mexico
Give us feedback 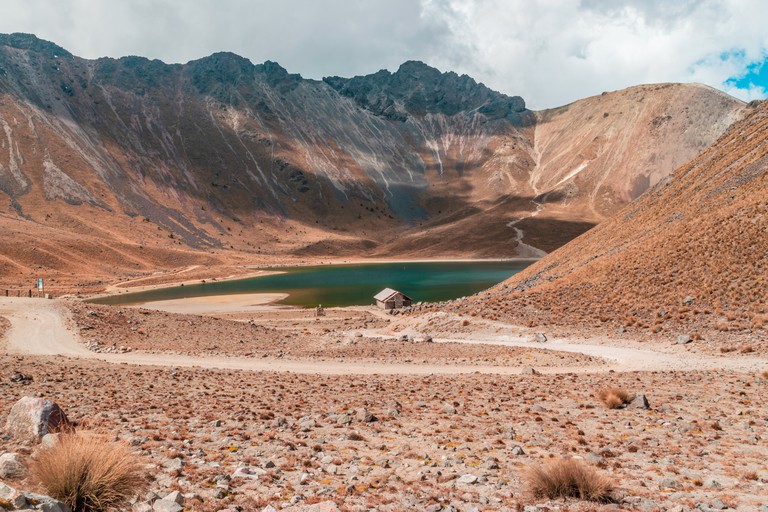 As the name implies, the jewel in the crown of Nevado de Toluca National Park is the Nevado de Toluca itself, a now inactive volcano. Arguably Mexico’s most striking volcano, it’s popular with day trippers from Mexico City, who come to see its often snowy peaks and the two bright-blue lakes that lie in its craters. The park is easily reachable via car – just remember to wrap up warm and take it easy with the altitude. 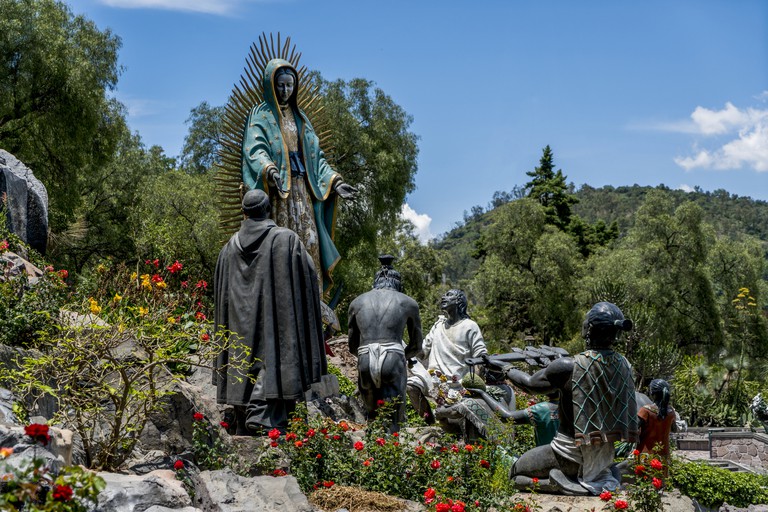 Located in the northern part of Mexico City, this national park is the perfect place to climb a peak and see the full view of the capital. As part of the Guadalupe Mountains, technically five percent of this park’s extension belongs to the State of Mexico (more specifically to the neighboring city of Tlalnepantla), but it’s a must-visit if you’re staying in Mexico City. Next to it is the Basílica de Guadalupe, another spot that’s popular with tourists. This park contains the high and low parts of the Tepeyac, Guerrero and Santa Isabel hills, which makes it a great location to do hiking and cycling activities, especially if you don’t intend to leave Mexico City. 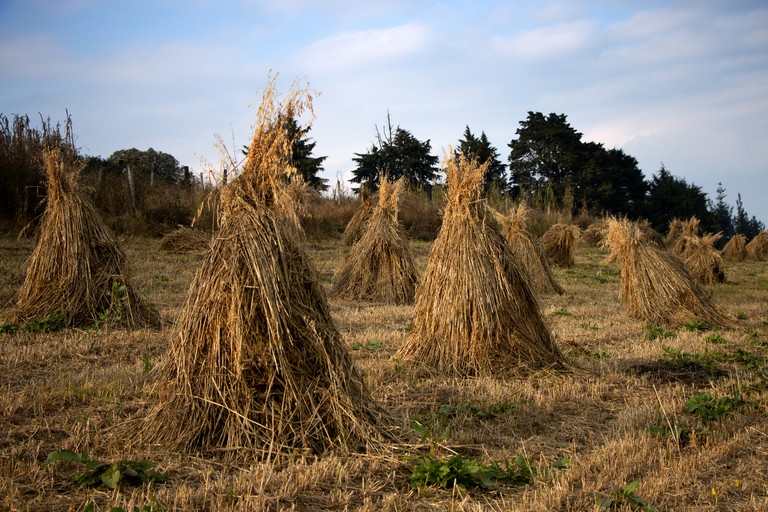 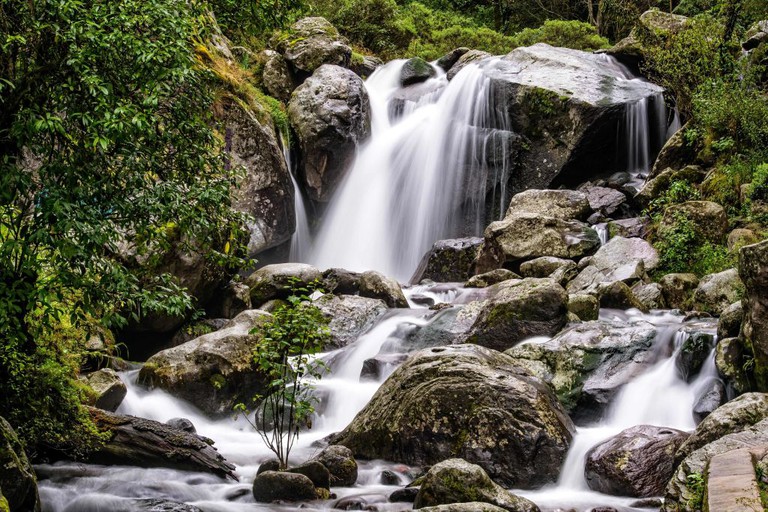 © Omar Torres / Getty Images
Los Dinamos is another national park located in Mexico City (this time in the Magdalena Contreras borough) and is named after an old textile factory that generated energy from water that used to be situated in this same place. This wonderful park is full of trees and waterfalls from the Magdalena River. Here you can hike, camp and fish. In the areas surrounding the park, you’ll find places selling mushroom soup, quesadillas and pulque (an alcoholic drink made from fermented maguey plant sap). Visitors can get to Los Dinamos via the metro by going to Tasqueña station and taking a bus from here that goes right to the park.
Open In Google Maps
Camino a Los Dinamos, Reserva de los dinamos, La Carbonera Ciudad de México, Ciudad de México, 10930, Mexico
+528000089090
Give us feedback 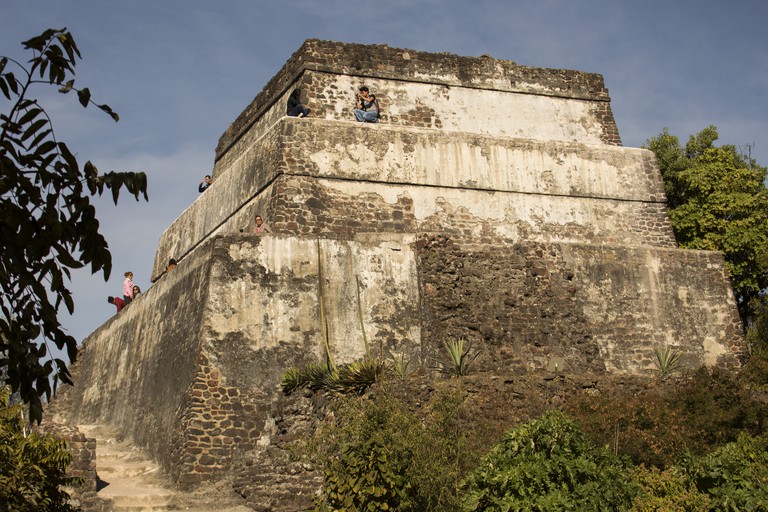 © Matt Gush / iStock
Even though this is an unconventional site for hiking, people have to walk and climb this hill to get the amazing panoramic view of Tepoztlán, one of the most popular Pueblos Mágicos (Magic Towns) in Mexico. Coming from Mexico City, it takes about three hours to get here by bus. El Tepozteco is a temple located on top of a mountain in this small town in the state of Morelos. It’s said that the temple was built in honor of Tepoztécatl, the Aztec god of drunkenness. Tourists come from all over to enjoy the beautiful views it affords, with the hike suitable for all abilities.
Open In Google Maps
Morelos, Mexico
Visit Website
Give us feedback 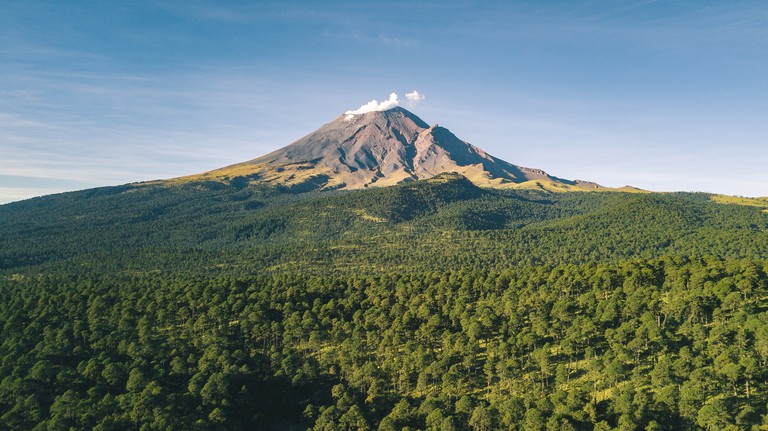 © Jose Carlos Macouzet Espinosa / Getty Images
El Paso de Cortés is a location full of history. It’s said that Spanish conquistador Hernán Cortés, who was planning to conquer Mexica-Tenochtitlán, sent an expedition to climb the volcano in order to obtain sulphur. For these reasons, this mountain pass is named after the Spaniard. Located in the town of Amecameca, El Paso de Cortés is situated between the Popocatépetl and Iztaccíhuatl volcanoes, two of the highest peaks in the country, with the path offering incredible views of both. There’s also a fascinating monument to Cortés and a number of blue flowers and violets. El Paso de Cortés is the ideal place for those who love hiking – not only do you get to visit a beautiful location, you may also learn some Mexican history.
Open In Google Maps
State of Mexico, Mexico
Give us feedback

© Eduardo Mendez / Getty Images
Even though this spot is a bit further from Mexico City, it’s a spectacular park that shouldn’t be missed. Located in the state of Tlaxcala, La Malinche National Park offers up a range of outdoor activities, including climbing the eponymous majestic volcano. This protected national park was named after the indigenous woman who was Hernán Cortes’s translator. Before that, the volcano was called Matlalcueitl, a Tlaxcalan god. Because La Malinche is an active volcano, it has a lot of security. And just like with the Popocatépetl and Iztaccíhuatl, whenever there are eruption alerts, the entrance for the general public is restricted. During dormant moments when it’s open to everybody, this is an amazing hiking spot with incredible views. Surrounded by pines, flowers and conifers, the park will amaze you and keep you coming back to Mexico.
Open In Google Maps
Huamantla, Tlaxcala, Mexico
Give us feedback 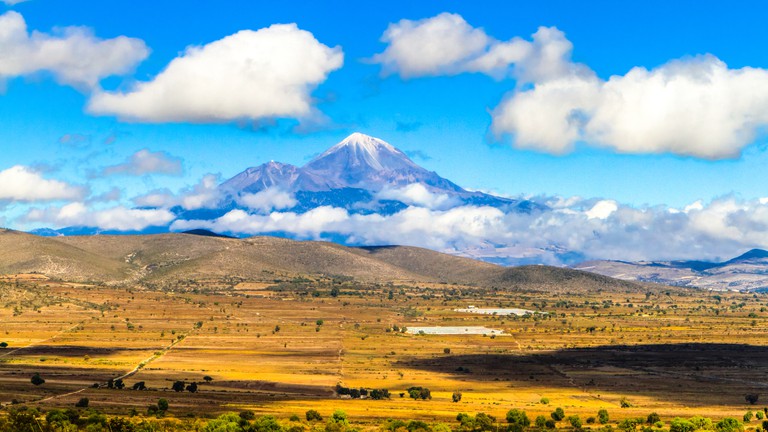 © Hagens World Photography / Getty Images
Last but not least, we have the Pico de Orizaba (also known as Citlaltépetl) – the highest volcano in the whole country. The volcano is the main attraction of this national park, which is split between the Veracruz and Puebla states. Part of the Sierra Madre Oriental mountain range, this park is home to a variety of trees, including pines, oyameles (religious or sacred firs) and cypresses, making it the perfect location for hiking. It also originates five rivers: Blanco, Cotaxtla, Jamapa, Metlac and Orizaba, which are water sources to many towns between Puebla and Veracruz. And, as with all the parks on this list, hikers are afforded spectacular views, including a glimpse of the former Vista Hermosa hacienda – a building that was founded by Hernán Cortés in 1529 and converted into a hotel in 1944.
Open In Google Maps
28 Poniente 20, Santa Maria Tlachichilco Orizaba, Veracruz, 94350, Mexico
+522727215396
Visit Website
Give us feedback
Give us feedback