Ex-Convento, Desierto de los Leones | © anmadelacueva/WikiCommons
Perhaps you wouldn’t expect there to be many places to enjoy a tranquil picnic in a massive metropolis such as Mexico City, but you’d be mistaken. In fact, this capital city has some of the best spots imaginable to enjoy some alfresco dining, from inner city parks to ex-convents and even archaeological ruins. Here are the best places to picnic in Mexico City.

One of the quietest and most underrated spots in the city, this ex-convent makes for the perfect place to enjoy a picnic. Work up an appetite by wandering around the convent first, admiring its beautiful artwork and architecture, before settling down on the adjoining grounds with your blanket and basket and dining with a view of the lake. We recommend taking some cold cuts and pre-prepared snacks with you, which you can get at the nearby Soriana supermarket or from the surrounding restaurants. 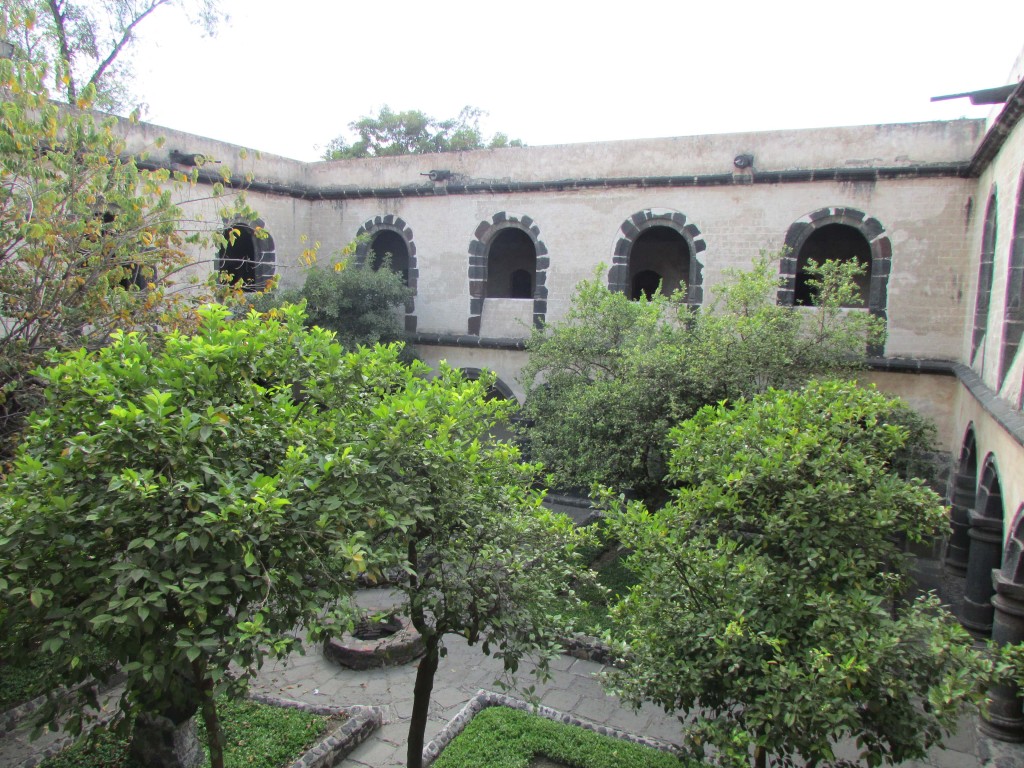 This Mexico City spot, one that again goes fairly unregistered on traveler’s radars, is an excellent picnic destination. Parque Ecológico Loreto y Pena Pobre is replete with both dining options (which mean you needn’t worry about lugging all your food there with you) and open green space in which to enjoy it. La Casa del Pan is one reliable onsite option for sandwiches, breads and vegetarian options and there’s even a bookstore to browse before settling down to lunch! 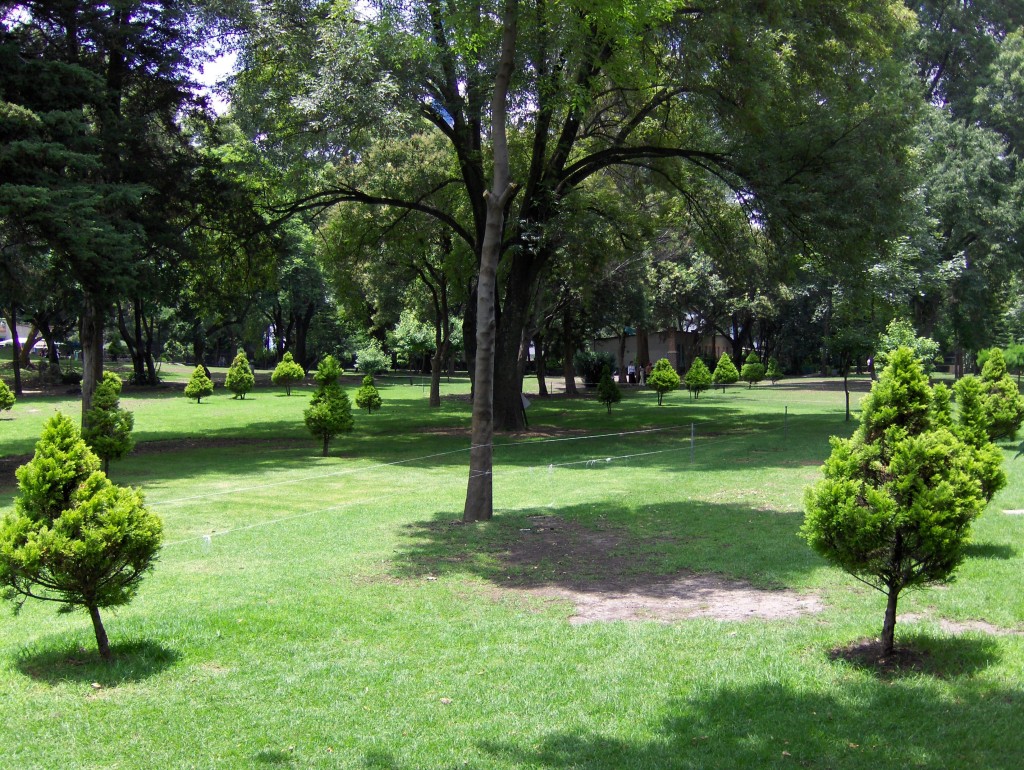 Park
Bosque de Chapultepec | © Nacho Facello/Flickr
Moving from underrated locations to perhaps one of Mexico City’s best known hotspots – the Bosque de Chapultepec. Known as the lungs of the city, due to its sprawling size and verdant greenery, this is a quintessential picnic spot (in fact, there are even regularly organised night time picnics there, if that takes your fancy.) However, if you want to do it yourself, grab some food from one of the numerous roaming vendors and listen to music in the Audiorama section or get cultured near Museo Tamayo.
More Info
Open In Google Maps
Mexico City, Mexico City, Mexico
+525552711939
View menu
Visit website
Visit Facebook page
Send an Email
Give us feedback

Another frequently visited destination, the Viveros de Coyoacán, makes for a great place to enjoy some alfresco food as well as pick up some dainty succulents or robust house plants on your way out. You should go there on foot as bikes aren’t allowed access — but picnic baskets certainly are! Given that this spot is situated in the fantastic Coyoacán neighborhood, your food options are endless – grab takeout coffees from the legendary Café El Jarocho and dabble in Lebanese food from the nearby El Sheik. 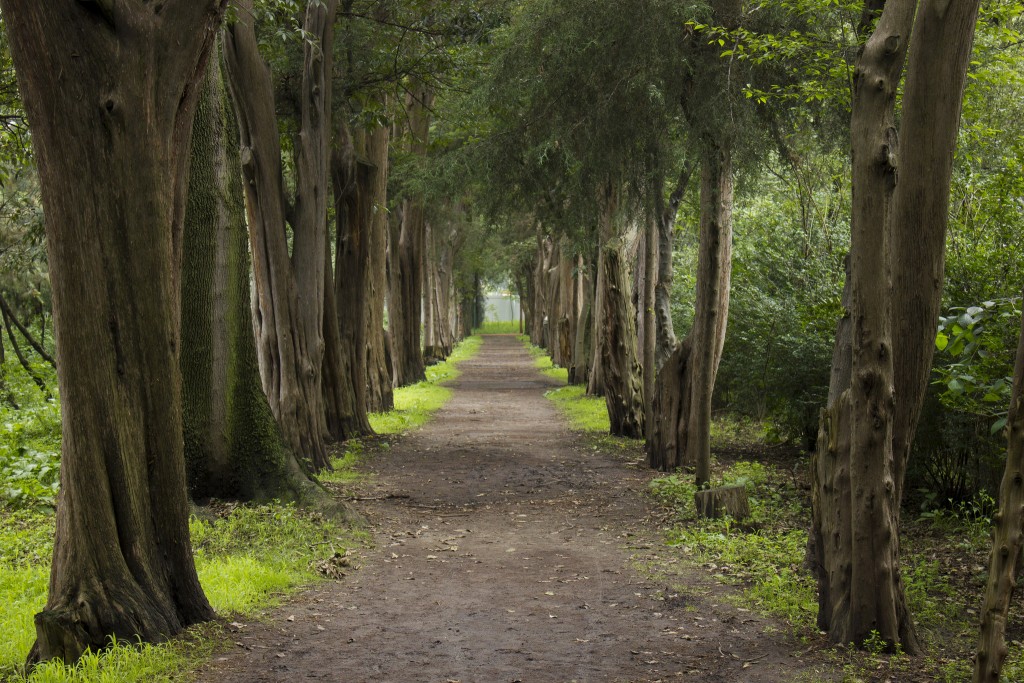 Archaeological site
Zona Arqueológica Cuicuilco | © TJ DeGroat/Flickr
There are many things that make Mexico City unique, but the ability to have a picnic on a real-lifearchaeological site surely sets it apart from almost anywhere else in the world. The archaeological zone of Cuicuilco is also doubly weird because the pyramid found there is actually one of the few round pyramids in Mexico (there’s another a few hours outside of Guadalajara). As for food, go for an international feel and order takeout from nearby Argentine restaurant El Piantao.
More Info
Open In Google Maps
Espacio Ecológico Cuicuilco Ciudad de México, Ciudad de México, 14060, Mexico
View menu
Visit website
Visit Facebook page
Send an Email
Give us feedback

Park
Ex-Convento, Desierto de los Leones | © anmadelacueva/WikiCommons
One of Mexico City’s greatest national parks, El Desierto de Los Leones is a long-standing favorite of locals and travelers alike and while it’s better known for being a camping haven or a runner’s dream, you can also picnic there. While the entire park is perfect for picnicking, you should head to the ex-convent (situated within the Jardín de los Secretos), as this fantastic colonial masterpiece makes for a gorgeous backdrop. Pick up food from the onsite spots which sell deer or rabbit based dishes.
More Info
Open In Google Maps
s/n Carretera Toluca - México, La Venta, Ciudad de México, 5020, Mexico
+525591319542
View menu
Visit website
Visit Facebook page
Send an Email
Give us feedback

Park, Forest
Bosque de Tlalpan | © Belis@rio/Flickr
Another famed Mexico City running hub, the Bosque de Tlalpan is a breath of fresh air (literally!) away from the city center. Of course, all of that makes it an excellent spot for a relaxed picnic, too. Follow the route of the running track to the zoo at the center of the park and there you’ll find benches and green areas ideal for a quick open-air lunch. As you can imagine, there are plenty of roaming snack vendors and dining halls where you can pick up some food.
More Info
Open In Google Maps
S / N Camino a Santa Teresa, Parques del Pedregal Tlalpan, Ciudad de México, 14010, Mexico
+525551714558
View menu
Visit website
Visit Facebook page
Send an Email
Give us feedback

University
Having a picnic on the grounds of the best university in Mexico might not seem like the greatest idea, but the Ciudad Universitaria in Mexico City actually makes for a cultural and picturesque lunch destination. While there are tons of gardens to choose from on this sprawling ‘campus’, we recommend those that look onto the iconic library with its pre-Columbian inspired murals or the impressive Espacio Escultórico. Lunch options are endless, but we’ve heard the Psicotacos taco stand (near the psychology building) is a great bet; here are some more options.
Looks like it's closed Hours or services may be impacted due to Covid-19
More Info
Open In Google Maps
University City Mexico City, Mexico City, 4510, Mexico
+525556221332
View menu
Visit website
Visit Facebook page
Send an Email
Give us feedback

A historic and jaw-dropping building, architecturally speaking, the Cineteca Nacional also holds thousands of film-related artifacts from both Mexico and worldwide. If you want to enjoy a picnic there before heading to one of their arthouses, indie flick or documentary screenings, you’ll be in good company as the attractive grounds are always filled with couples, students and families. Sometimes they even put on open-air cinema screenings, too. As for food, the cafés within the Cineteca building are great options — try the churros from Churrería General de la República. 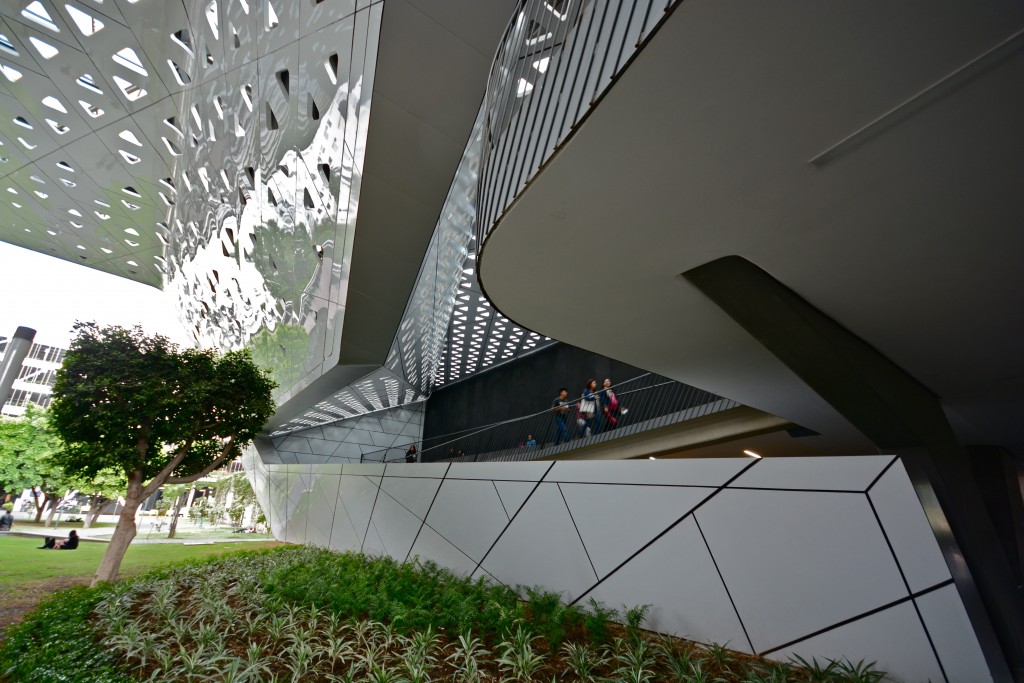 Park
Parque Hundido | © AlejandroLinaresGarcia/Flickr
Technically speaking, Parque Hundido is actually called Parque Luis H. Urbina but is most popularly known by the former. The ideal place for a picnic with children, given the wealth of play areas and toys available for them there, it has a distinctly familial atmosphere that sets it apart from many of the picnic spots on this guide. If you’re feeling fancy, grab sushi to go from Daruma or pop next door for some tacos in Taquearte. Alternatively, pick up snacks from the roaming vendors that hang out there.
More Info
Open In Google Maps
S/N Avenida Insurgentes Sur, Extremadura Insurgentes Ciudad de México, Ciudad de México, 3740, Mexico
+525556054327
View menu
Visit website
Visit Facebook page
Send an Email
Give us feedback
Give us feedback