The Best Festivals and Events in Puebla, Mexico 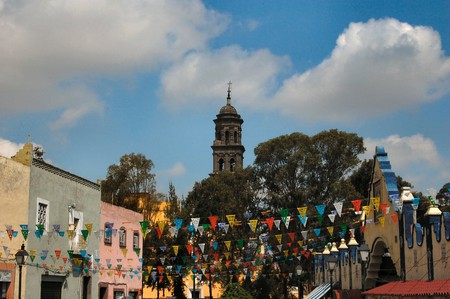 Any time is a good time to come to one of Mexico’s most beautiful cities, but the year in Puebla also offers all kinds of great festivals that take advantage of cultural, culinary, and artistic expression. Come in the spring for mole and Cinco de Mayo or in the fall for movies and theater, but come!

Despite being celebrated around the world with margaritas and mariachi music, Cinco de Mayo is a pretty laid-back affair in Mexico – except in Puebla. Cinco de Mayo is a national holiday set to honor the Mexican army’s defeat over the French Empire on May 5th, 1862…in Puebla. Therefore, it’s a big local holiday, one that is marked by several weeks of international and national music groups and theater performances, culminating in a grand 5th of May parade where students join with charros and military personnel in a march through Puebla’s capital, Puebla City. If you want to celebrate Cinco de Mayo, this is the town to be in!

Celebrated across the country, Puebla has started to host cultural events in the two weeks leading up to Día de los Muertos (November 2 and 3) that include music and cultural events, nighttime museum visits, and lots of festivities around town. Public and private altars are set up celebrating the various days of the event, and visitors are welcome to walk among the city’s cemeteries to get the whole Día de los Muertos experience. You will also find Día de los Muertos flowers, altar paraphernalia’, and sugar skull bread ‘livening up’ the markets and outdoor vendor stalls during this time of year. 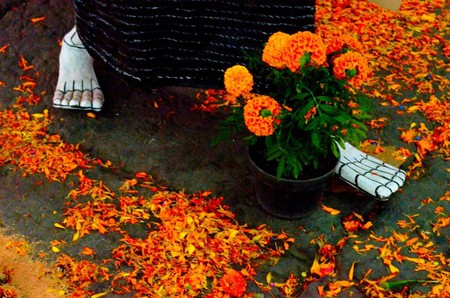 The month of June is mole poblano month, with neighborhoods across Puebla City hosting art exhibitions, kids’ games, talks and conferences, and a Best Mole contest. Started way back in 1991, this festival displays the pride that Puebla residents have in quite possibly their most famous export, mole poblano – thick, creamy sauce with dozens of ingredients usually served over turkey or chicken. This is a great time to taste the diversity of mole poblano if you happen to be in town.

One of Puebla’s convents’ contribution to the world of Mexican cuisine, chile en nogada, is a dish that makes its appearance on menus of any restaurant worth its salt in Puebla during Independence season in the fall. The chile en nogada is a poblano pepper stuffed with a sweet and savory mix of ground meat, spices and fruit, and covered in a creamy walnut sauce and sprinkled with pomegranate seeds. The annual festival is held in August in towns throughout the state and includes art exhibitions, culinary workshops, conferences, and a contest for the best chile en nogada. 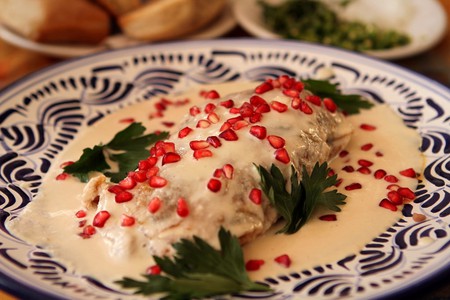 The Puebla State Fair, which runs from mid-April to mid-May, is a classic family event with games, food, and rides for everyone. The fair sets up at the Centro Expositor in the middle of the hilltop Cinco de Mayo forts, Loreto, and Guadalupe. Entry is a pretty cheap, about $US1, and even cheaper for kids. There are evening concerts, bullfights, and other events, all with a separate entry fee. If you are in town for Cinco de Mayo, you might as well take advantage.

Each year, Mexico’s acclaimed Ambulante Film Festival comes to Puebla for several days to show off local and international filmmaking talent. The festival covers a wild variety of genres, including musicals, documentaries, social justice films, and experimental filmmaking. The festival travels throughout the country, stopping in major cities to delight audiences of all ages. Some film screening locations charge a small fee to see a film, but over 60% of the screenings are absolutely free! 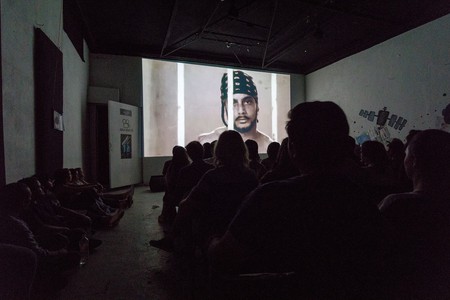 In November, Puebla will host its third annual International Silent Film Festival. You might be imagining Charlie Chaplin, but each year a call is put out to local and international filmmakers working in this antique genre, making films that for the modern-day audience, rich with gestures, movement, and expression…but no dialogue. It’s not all silence, though, as each film is required to have an original soundtrack. Come and be quietly amazed. 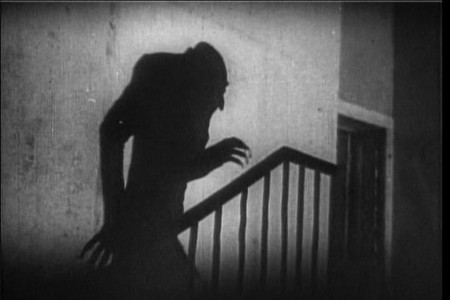