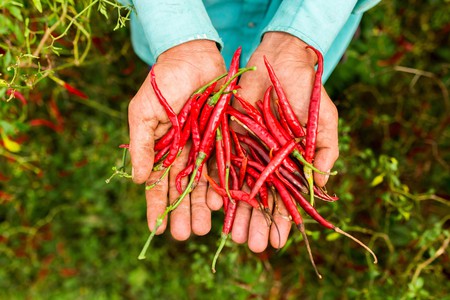 Hot sauce is an integral part of Mexico’s cuisine and home life. As Araceli Ramos from Casa Cuervo explains, “We always say that the last part of spending time with someone is the hug – that is hot sauce for Mexico.”

The people of Mexico have developed a centuries-old relationship with peppers. This robust history is apparent in the varied recipes of hot sauces found all over the country. In fact, in most any restaurant or home in Mexico, no table is completely set without a bottle of hot sauce. Locals add these fiery droplets to almost everything, from main entrées to light snacks and cocktails. You’ll find it in mixed drinks at any bar in Mexico and at movie theaters next to the popcorn. “We even add it to apples,” confesses Fernanda Villa, a biochemist from Jalisco who specializes in chili peppers. 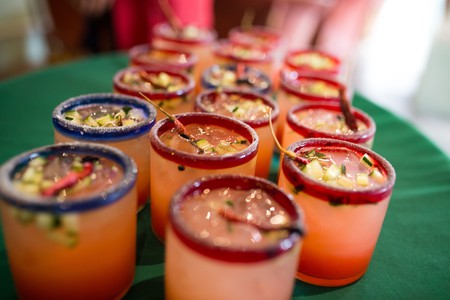 Many cocktails in Mexico are spicy, with hot sauce and chili peppers used as common ingredients to give it a kick | © Alvaro Antillón Orozco / Cholula Hot Sauce

The peppers are largely grown in the sunny fields of Jalisco. Each sauce tastes different, depending on the type of pepper used and the ratio of the chilis to the other ingredients such as vinegar and spices. And actually, most households make their own homemade versions. However, if you’re not lucky enough to be invited into someone’s house in Mexico to taste their unique recipe, here are some local favorite hot-sauce brands that come close to home. 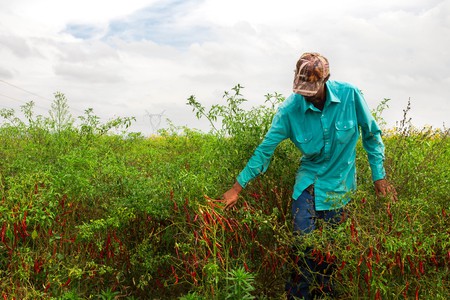 This is one of the most widely known and popularly used hot sauces in Mexico. Mexican hot sauces such as Valentina tend to have less vinegar in the recipe than those from the US and have a slightly thicker consistency. Such Mexican hot sauces rely more heavily on the natural flavor of the peppers, which are usually a variation of puya, árbol, chipotle, jalapeño and piquin peppers. Valentina is produced in Guadalajara, Jalisco, by a family-owned business and features an outline of Jalisco on its label. This hot sauce came to the market in 1954 and has been leading in Mexico since then. 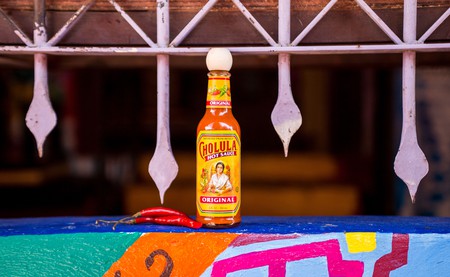 Also very well established, Cholula has a traditional and time-honored recipe. It is named after a pre-Hispanic city in Puebla that was founded over 2,500 years ago (in roughly 500 BCE) and is considered the oldest still-inhabited town in North America.

The image on the label is of a woman known as ‘La Chila’ who was the chef to the Cuervo family (yes, the family that owns the famous tequila brand). This cook was renowned for her skillful usage of peppers and was the inspiration for the hot-sauce recipe. The Cuervo family even opened a Cholula restaurant located in Tequila, Mexico, where the hot sauce is incorporated into dishes, many of which are the original recipes of La Chila. Cholula hot sauce went international in 1989 and, as Carina Hernandez from Mundo Cuervo explains, “The beauty of Cholula is to bring the tradition of Mexico to the rest of the world.” Though they have various flavors, the traditional is the closest thing to a typical Mexican experience.

With only 40 pesos and a delivery bicycle, Roberto Lopez began this hot-sauce company from humble beginnings in 1949. Originally, he used empty Pacifico beer bottles as containers, which local children collected and gave to him in exchange for free popsicles. Now the successful company produces on a wide scale, but with the same family recipe created by Lopez’s wife. The founder named the hot sauce after the Huichol indigenous people who live in the mountains of Nayarit, next to Jalisco – an area that produces excellent peppers. He also honors the Huichol by depicting a tribe member in traditional dress on the label. This spicy liquid has an earthy flavor and no preservatives (in the Mexican recipe only), but it is reported to last three years after opening.

Once found only in small Mexican stores, Búfalo has had a long and steady growth worldwide. Produced since 1933, this is one of the oldest hot sauces on the list and has a large established company to show for it, based in the heart of the country in Mexico City. This sauce has a thicker consistency than some, and is on the sweeter side thanks to the guajillo peppers, which the founders claim to be “one of Mexico’s favorite chilis.” 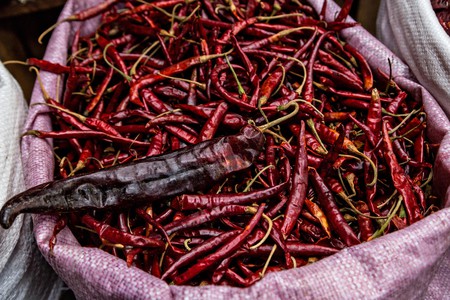 Another hot sauce from the prosperous region it’s named after, Jalisco hot sauce is a local favorite, valued for its simplicity. The recipe consists of peppers, water, a little sugar and salt – just the basics, to let the peppers speak for themselves. Though not as easy to come by as some bigger-name brands, and not often found outside of Mexico, Jalisco is a classic choice for an authentic experience.

As the spiciest on the list, El Yucateco is for the experienced. Founded in 1968 in the Yucatán Peninsula, this is another hot sauce that began as a family business and went global. The main recipe focuses on habanero peppers, which have 70 times the amount of heat of jalapeño peppers. The company also has a few other flavors that vary with their usage of chipotle and jalapeño peppers, though, so feel free to experiment with your heat levels. 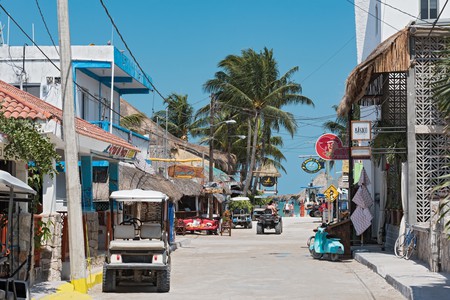