Cineteca Nacional | © ProtoplasmaKid / WikiCommons
Arthouse cinemas, also known as repertory cinemas outside of the US, are all the rage right now. Differing from a traditional theatre in their showing of classic, older films or limited release indie masterpieces (or flops, as the case may be), arthouse cinemas are attracting attention for their offbeat, quirky appeal and generally affordable prices. Here are some of Mexico City’s best.

UNAM’s Filmoteca in Mexico City has, at its core, the aim to rescue, restore, preserve and share the cinematographic heritage of UNAM (Universidad Autónoma de México) through regular film screenings and festivals. It achieves this marvellously through screening plenty of the 40,000+ films found in its archive at two cinemas, both of which are located in the Centro Cultural Universitario. If you’re interested in checking out what films they’ll be showing, you can consult their schedule online.

Cinema, Movie Theater, Theater
Cineteca Nacional | ©W & J/Flickr
Now moving from one of the capital’s lesser-known arthouse options to easily the most famous in the country, the Cineteca Nacional sits in the south of the city. The films screened year-round within the walls of this architecturally impressive edifice are reliably excellent and completely affordable to boot. Primarily focusing on indie releases and Mexican cinema, the 10-screen Cineteca also hosts regular film cycles focusing on niche interests that could prove to be right up your street.
More Info
Open In Google Maps
389 Avenida México Coyoacán, Xoco Ciudad de México, Ciudad de México, 3330, Mexico
+525541551200
Visit website

Cine Tonalá, while having ‘cine’ right there in the name, is actually a multi-purpose venue that is known for hosting plays and concerts, as well as screening underrated flicks. As if that weren’t enough, there’s also an on-site bar and restaurant. While it may seem that Cine Tonalá is something of a Jack of all trades, master of none, it balances its multiple roles incredibly well, and does so economically too. If you’re thinking of stopping by regularly, it’s worth investing in their membership card. 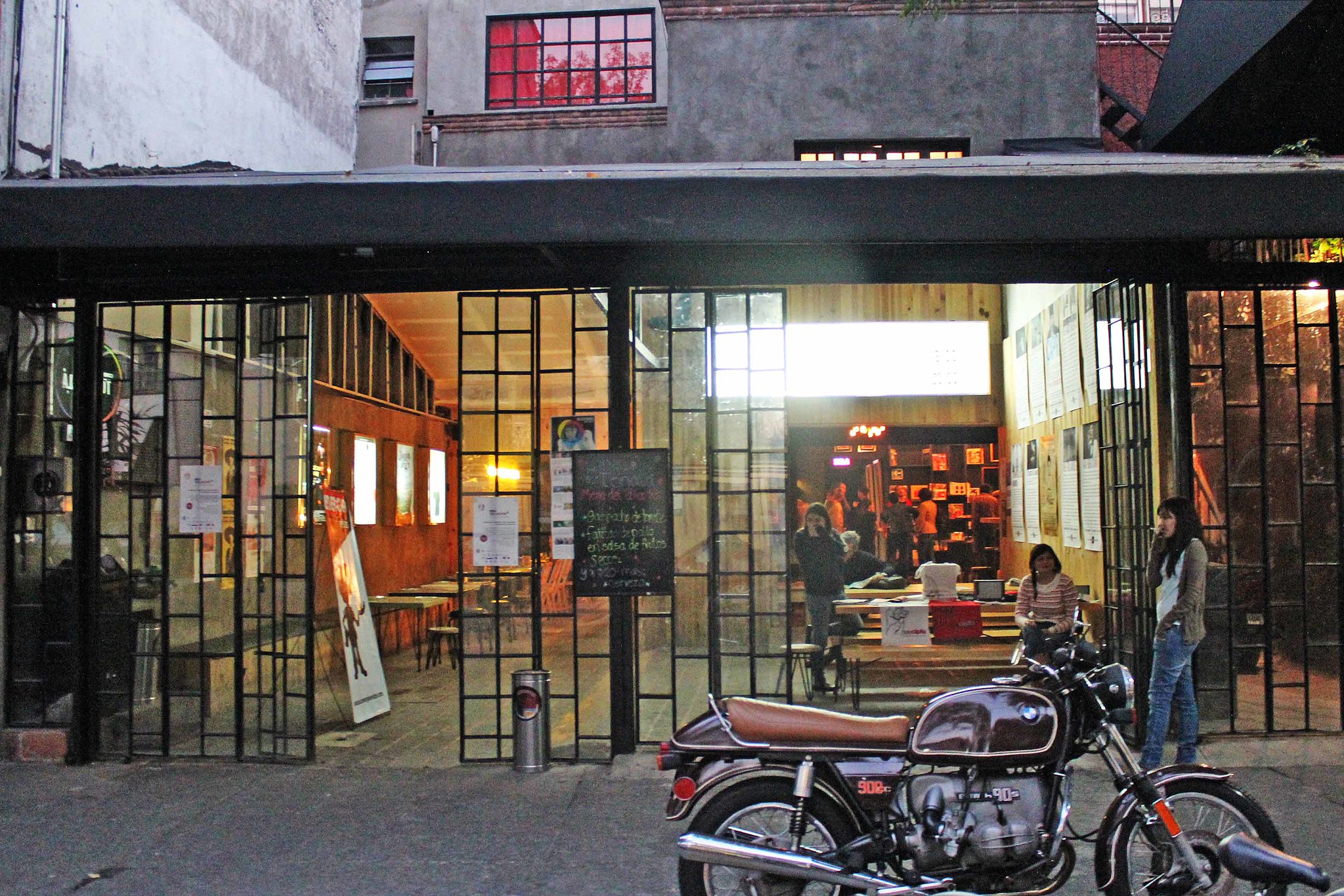 Movie Theater
You can’t really get much more convenient than La Casa del Cine MX, which is slap bang in the heart of the historic centre, and shows a pleasing mix of short and feature films, as well as well-put together film cycles. This petite slice of cinematic heaven is definitely one for the movie buffs who want a little more bang for their buck when they go to a screening too, as La Casa del Cine MX also offers multiple workshops, has a media room and stages film-related exhibitions, plus has both a café and souvenir shop on-site.
More Info
Open In Google Maps
52 República de Uruguay, Centro Histórico de la Ciudad de México, Centro Ciudad de México, Ciudad de México, 6000, Mexico
+525555124243
Visit website

Cinema, Movie Theater, Theater
You wouldn’t think it, but the basement of a popular hotel in Mexico City, Hotel Condesa, is also a wonderful arthouse cinema. Each film cycle hosted at the Hotel Condesa Cineclub is put together by a guest curator, at times in partnership with the Cineteca Nacional, so you can be sure that the films are all fantastic. Take advantage of the bar and don’t forget to grab a free bag of popcorn on your way in. Did we mention that every screening is free too?
More Info
Open In Google Maps
102 Avenida Veracruz, Roma Norte Ciudad de México, Ciudad de México, 6700, Mexico
+525552412600
Visit website

Cinema
Located in the reliably artsy Coyoacán neighbourhood is the Cinenauta arthouse cinema. This absolutely tiny place (there is only enough space for 36 cinema-goers at any one time) is known for its annual screenings of international cinematographic efforts, as well as the year-round dedication to showing primarily Mexican movies. Only launched in 2014, Cinenauta is still going strong, and each film costs less than MXN$50, making it a steal in a normally pricey neighbourhood.
More Info
Open In Google Maps
580 Tormenta, Jardines del Bosque Guadalajara, Jalisco, 44520, Mexico
+523336139985
Visit website

Building, Park
Casa del Lago | © José Miguel Rosas/Flickr
Not only is Chapultepec Park’s Casa del Lago one of the best concert venues in Mexico City, but it’s also a pretty great spot to catch some indie cinema, given that it doubles as an arthouse movie theatre. As it is part of UNAM, Casa del Lago predominantly screens films from the university’s massive archive, exposing viewers to documentaries and cult films they’re unlikely to catch elsewhere. The best thing? The majority of their film cycles are free.
More Info
Open In Google Maps
San Miguel Chapultepec I Sección Ciudad de México, Ciudad de México, 11850, Mexico
+525552116093
Visit website

Cinema, Movie Theater
Popcorn | © annca / Pixabay
Finally, Cinemex’s Casa de Arte is more than worth including in the top arthouse cinemas in Mexico City, despite the fact that it’s part of the nationwide cineplex chain, Cinemex. While the selection of films on their roster might not be as niche as some of the previously mentioned arthouse spots in the Mexican capital, they are just as enjoyable, which makes this lesser-known destination a worthy place to add to your itinerary.
More Info
Open In Google Maps
104 Río Guadalquivir, Cuauhtémoc Ciudad de México, Ciudad de México, 6500, Mexico
+525552576969
Visit website