Palacio Nacional | © Antoine Hubert/Flickr
Mexico City’s central square, officially known as Plaza de la Constitución but far more commonly called the Zócalo, is surrounded by a wealth of beautiful, historic and culturally important buildings. However, some make for more essential viewing than others. All less than five blocks for the aforementioned principal plaza, these seven hotspots are absolute must-sees.

Why start off our guide to the must-see buildings around the Zócalo with a courtroom? The answer to that is simple – murals. While from the outside the building may well be grand, it is admittedly unimpressive. However, step inside and you’re greeted by some of the most impressive murals on offer in Mexico City (and that’s high praise for a capital where most public buildings have their walls adorned with the artwork of Rivera and Orozco!) The Suprema Corte de Justicia de la Nación is, as a result, an underrated must-visit. 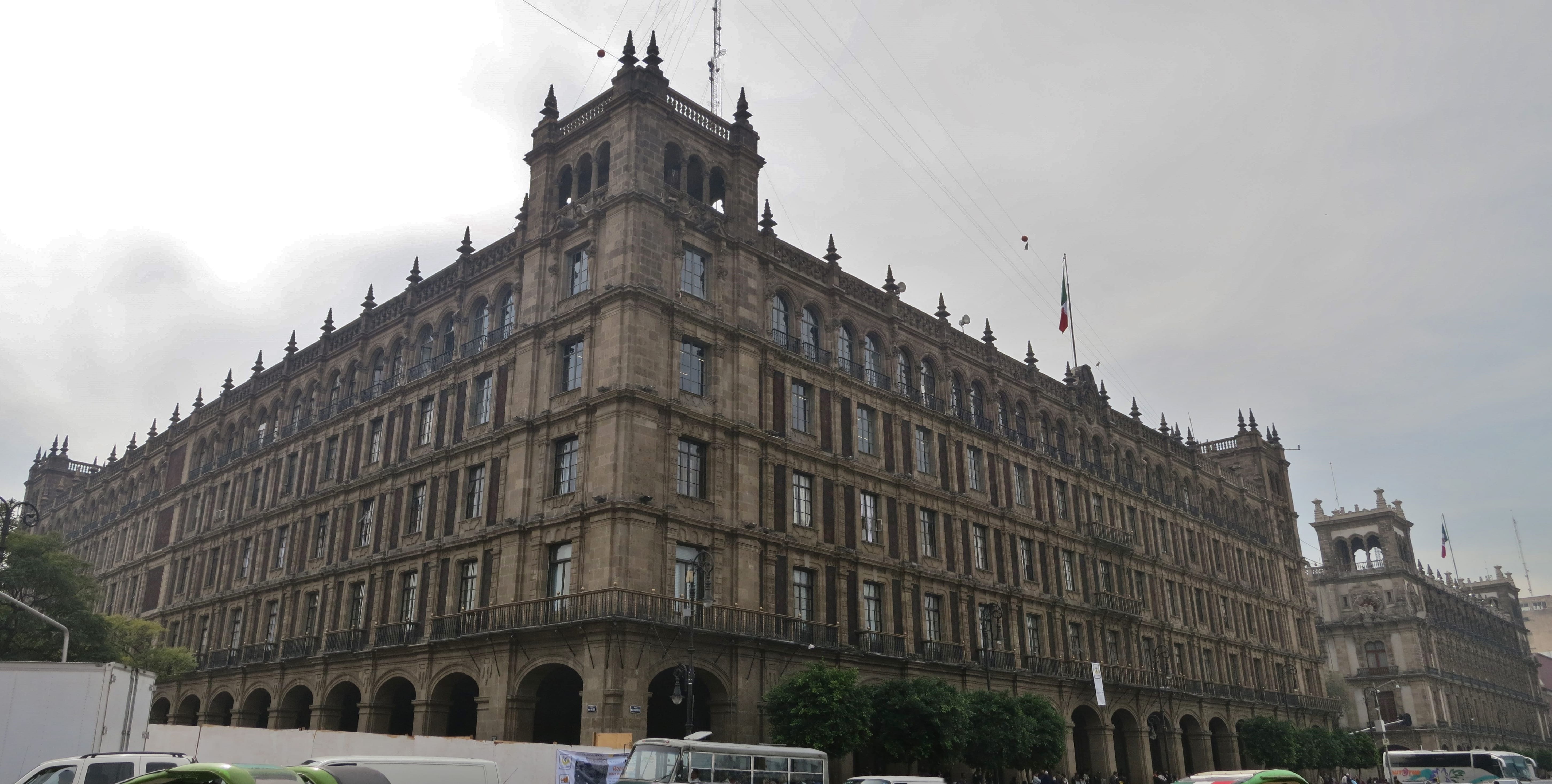 One of Mexico City’s most iconic buildings, the Catedral Metropolitana, is another definitive must-see when visiting the Zócalo. In fact, given that it flanks the plaza’s northern side, it’s practically impossible not to catch a glimpse of one of the Americas’ oldest cathedrals. Originally completed in 1813, this Catholic cathedral is now just one of Mexico City’s many buildings whose foundations are sinking slowly but surely into the ground below. 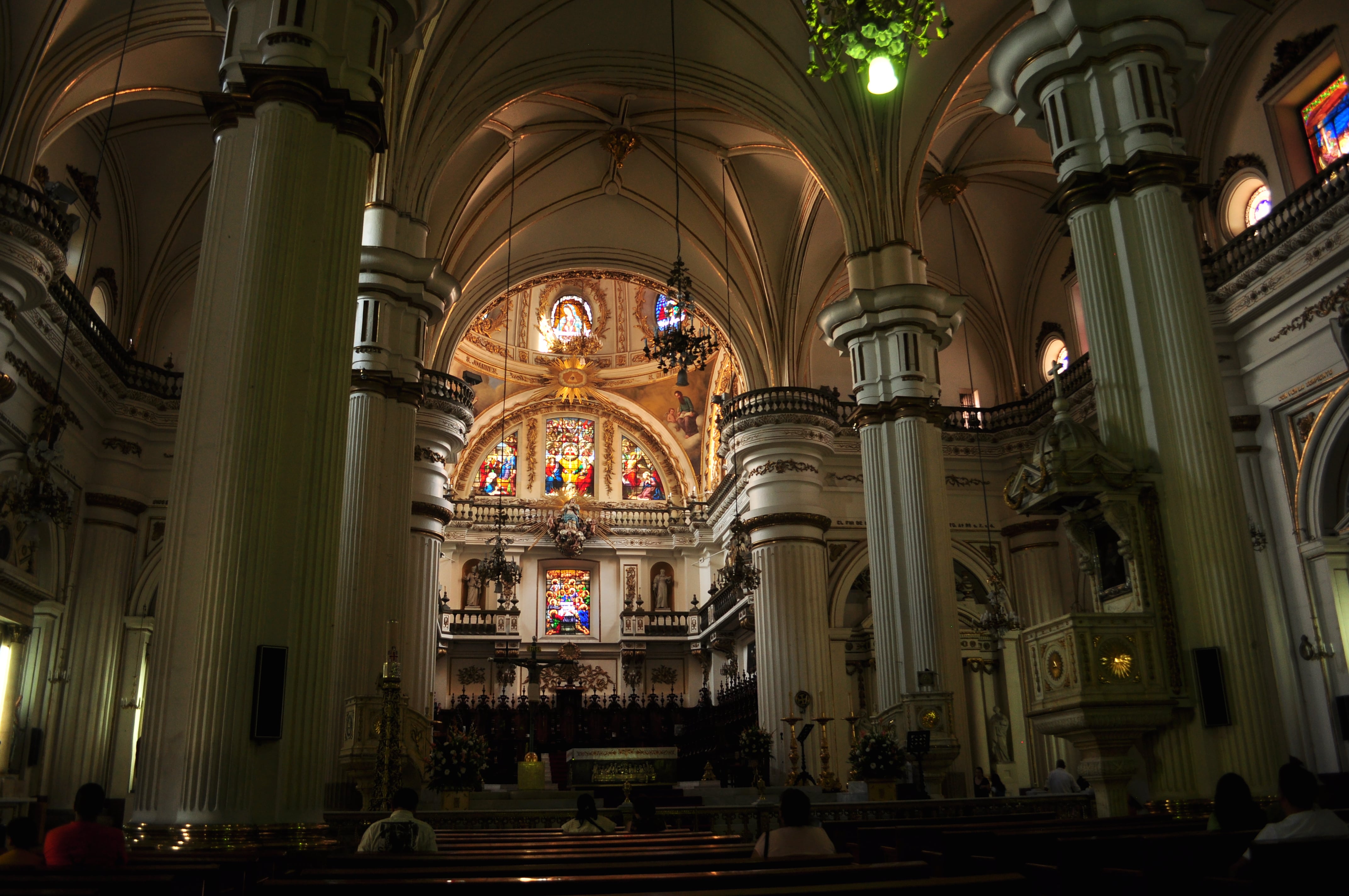 Building, Cathedral, History Museum, Ruins
The Templo Mayor complex | The Templo Mayor complex
Another pretty ancient building you should add to your list of things to see around Mexico City’s Zócalois the Templo Mayor and its adjoining museum. These Aztec ruins can be found just to the northeast of the plaza, behind the aforementioned cathedral, and were once to be found in the center of Tenochtitlán (the Aztec capital city). Once used as temples to the gods of war and rain, respectively, the Templo Mayor now plays host to tourists as opposed to worshipers.
More Info
Open In Google Maps
8 Seminario, Mexico City, Mexico
+525540405600
View menu
Visit website
Visit Facebook page
Send an Email
Give us feedback

The architecturally significant Templo de San Felipe Neri (otherwise known as La Profesa) is just as important. This 18th century building is supposedly a key example of the transition between Baroque stylings, from the somber 17th century to the elaborate 18th century. Whether you’re interested in architecture or not though, this Catholic hub, which is located a mere stone’s throw from the Zócalo, is still a definite must see of the historic center. 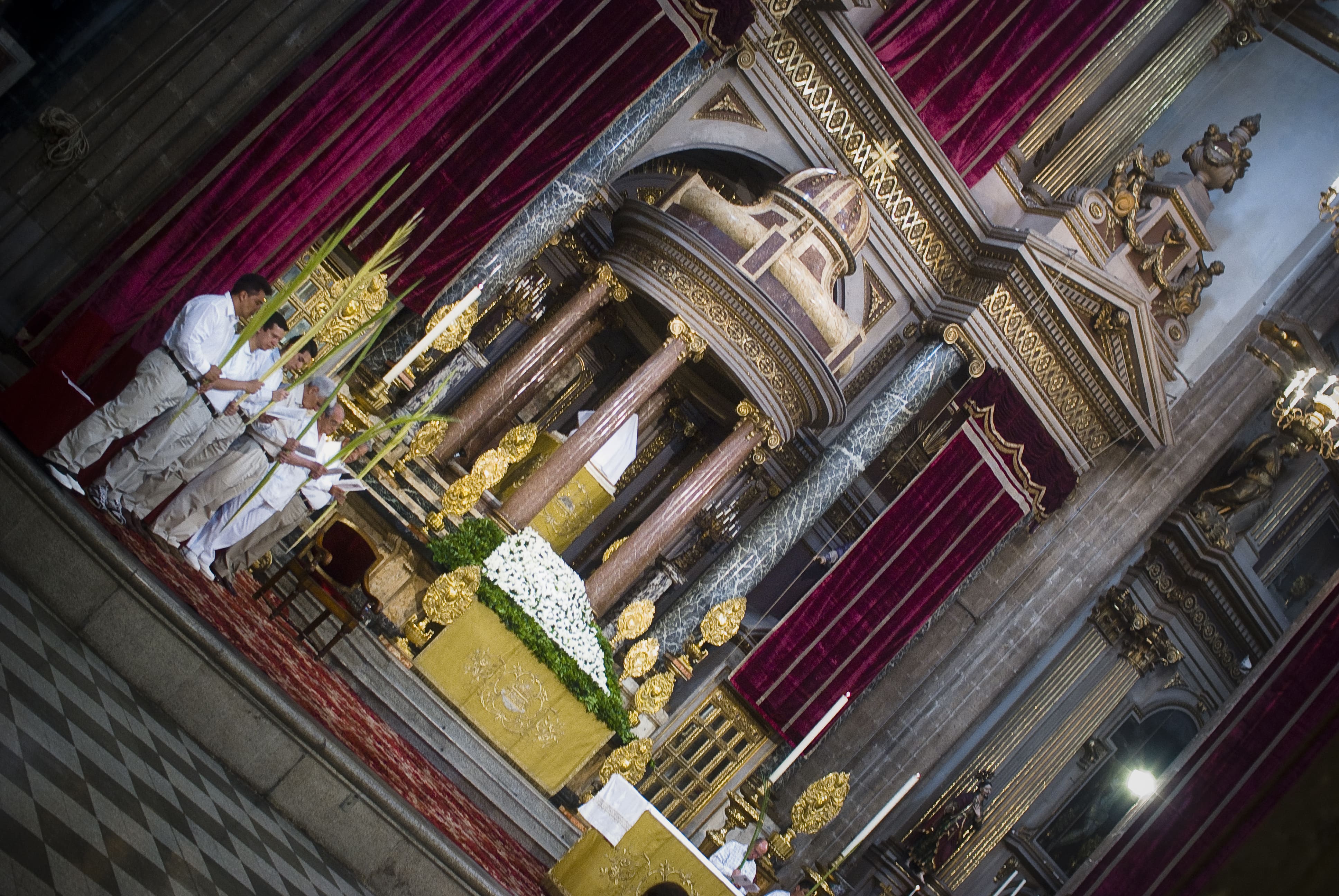 Notable for its red tezontle façade, the Palacio Nacional de México is situated on the eastern border of the Zócalo. Most popularly known as the principal site of the September 15th/16th celebrations – when the President goes onto the balcony to ring the bell and give the cry of independence – this palace has allegedly been the home of the ruling classes since Mesoamerican times. Nowadays, it’s also a popular destination for mural lovers too, as several Rivera pieces can be found inside. 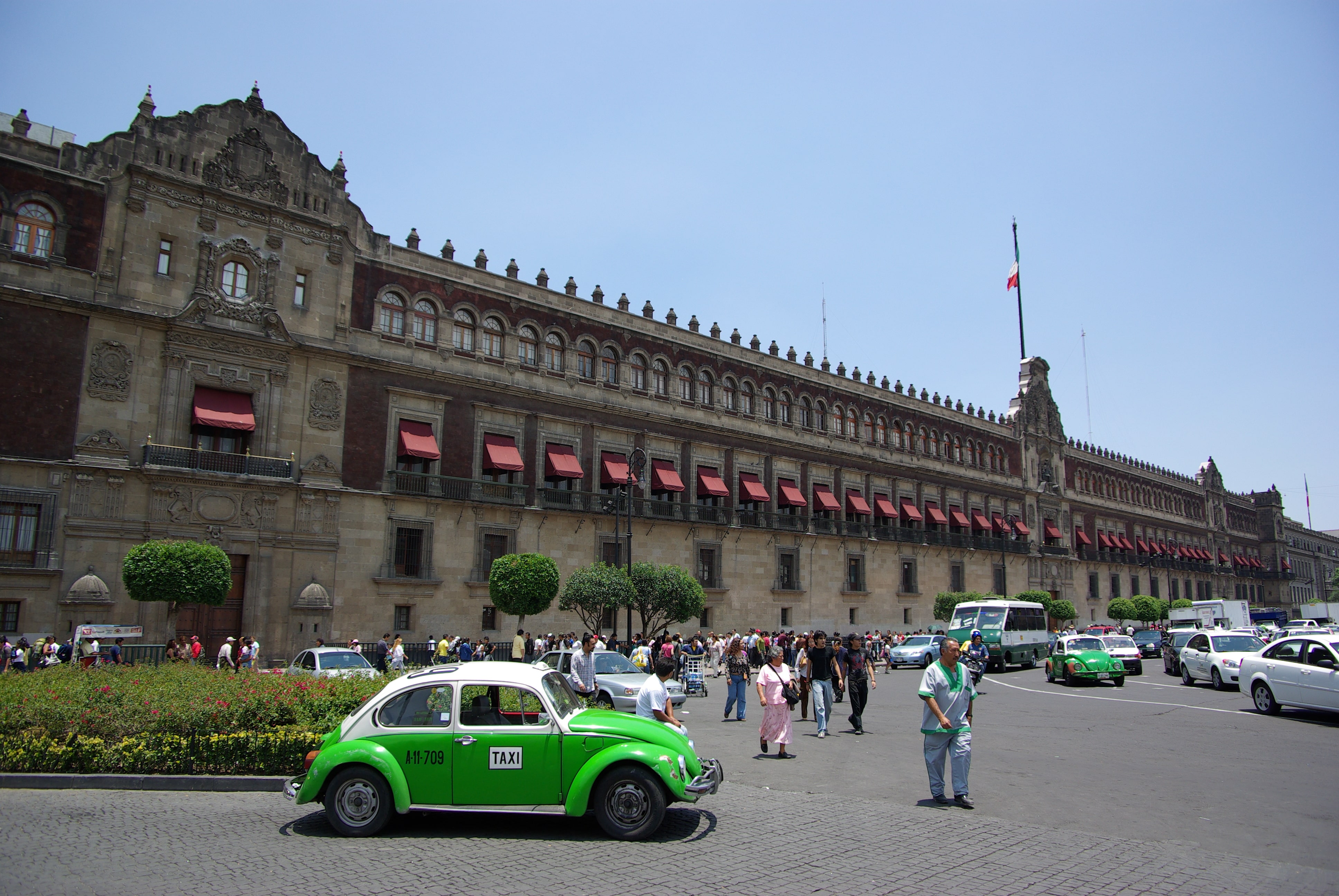 A less considered destination, especially in a country known for Catholicism as opposed to Judaism, is the Sinagoga Histórica Justo Sierra. However, this beautiful synagogue is situated just a few blocks away from the epicentre of Mexico’s historic zone, making it easy to visit and more than worth checking out. The elaborately carved external door is a particular highlight. Not yet even 100 years old, the synagogue is officially called Nidje Israel and offers guided tours for those who are interested. 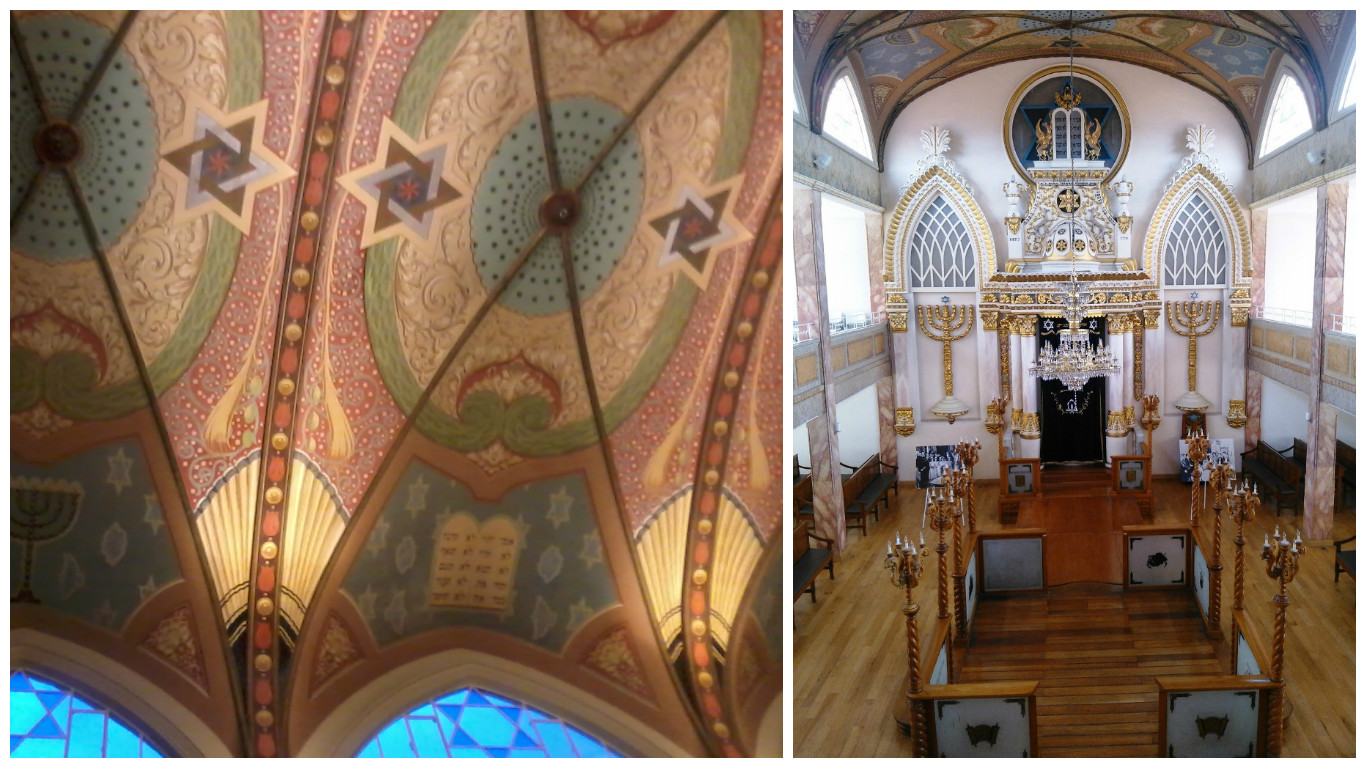 Finally, we round off our guide with a seemingly odd recommendation – a hotel. However, the Gran Hotel Ciudad de México isn’t just any old hotel. In fact, it is one of the city’s primary examples of art deco architecture and design, and is well known for its stunning stained glass ceiling that will delight Instagram-fiends. As well as the jaw-dropping ceiling, art deco elements abound; from the geometric railings to velvet details, this place has it all. 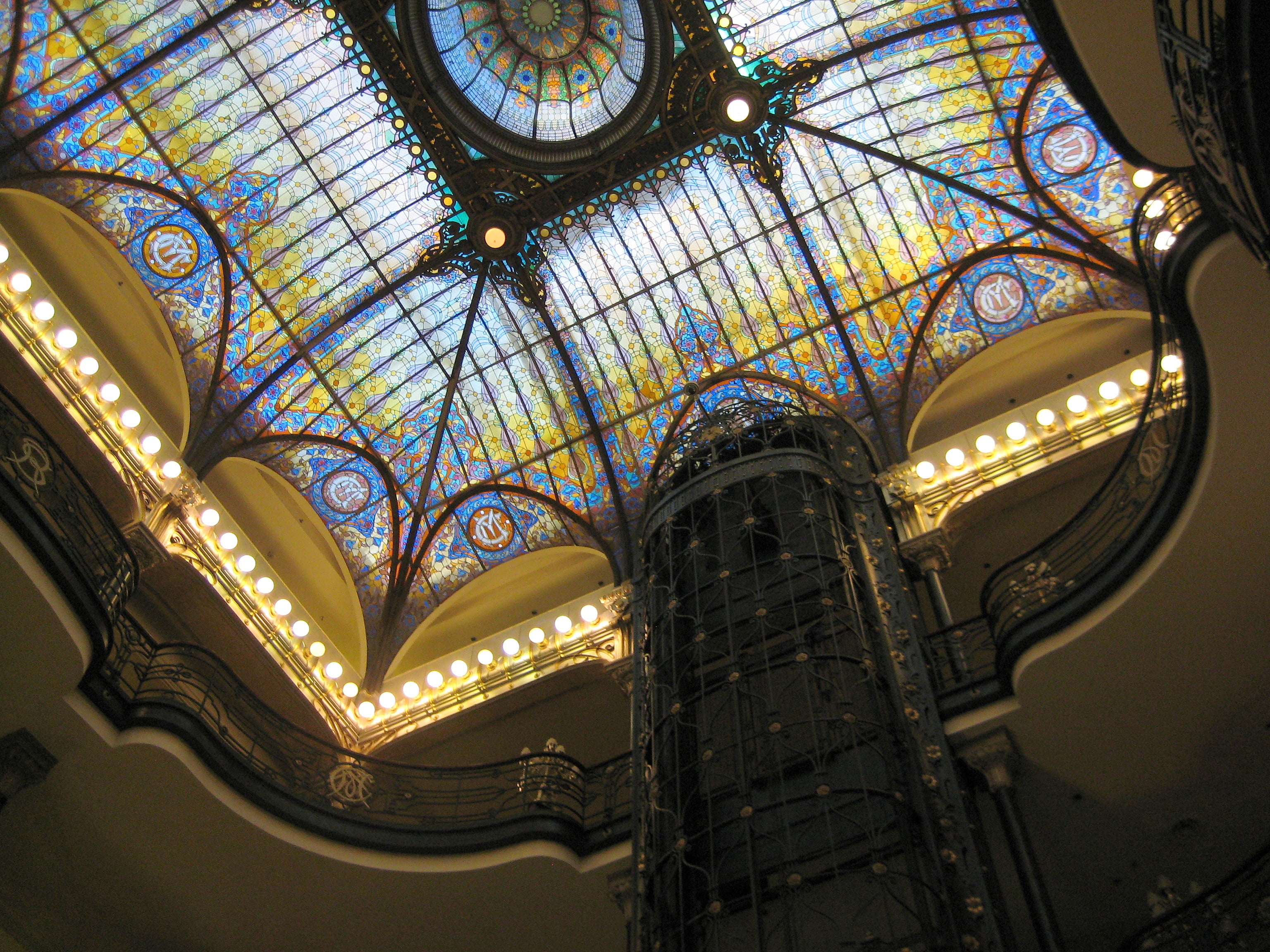