The 9 Best Juice Bars And Smoothies In Mexico City

Smoothies with straws | © Gabriel Garcia Marengo/Flickr
Quench your thirst with a refreshing smoothie or juice in any one of these excellent juice and smoothie joints in Mexico City. A city which loves its aguas frescas, juguerías (juice bars) are all the rage, whether they’re in local markets or upscale locales in La Roma. Either way there’s something to suit every taste and budget; read on for more.

The subject of a feature in the excellent Chilango magazine is this inconspicuous little juice joint in Mexico City’s historic centre. Jugos María Cristina has been around since 1940 in this location and now has eight branches, making it the oldest juguería in Mexico City. It includes Salma Hayek as one of its past customers, and offers all manner of juices and smoothies in the classic combos as well as some more exotic ones too; we recommend you check out one of the nopal (cactus) concoctions. 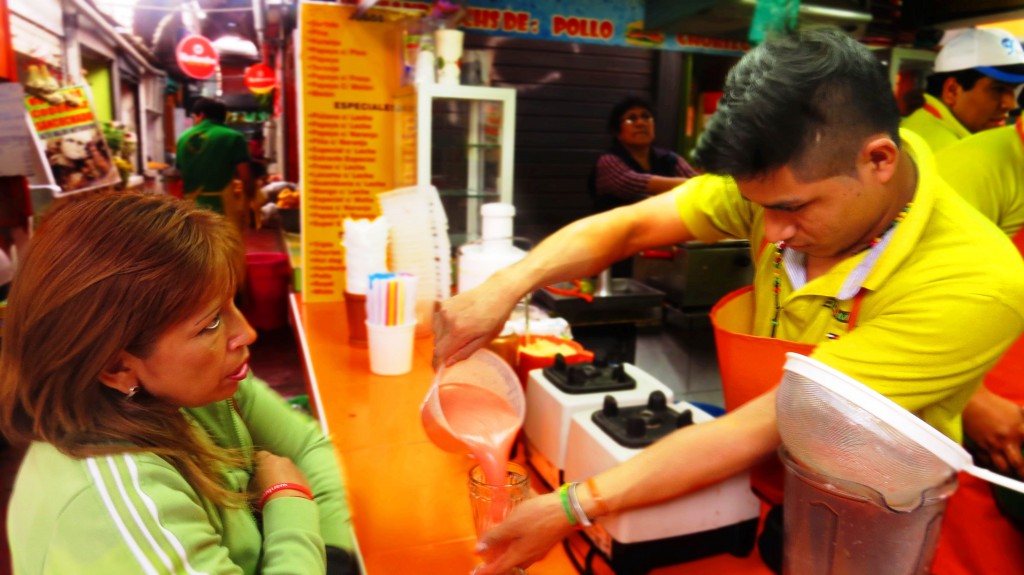 Bar, Cafe, Coffee Shop, Mexican, Coffee, $$$
Smoothies with straws | © Gabriel Garcia Marengo/Flickr
Another highly recommended and reputable smoothie bar in Mexico City is Café Garko, which offers combos both with and without yogurt although each is just as delicious as the last. They also serve sandwiches and salads all of which are named after Mexican archaeological sites and birds, respectively. If you want some history and culture with your smoothie then this is the place to be; our pick is the Alamak (mango, strawberry, orange and pineapple).
More Info
Open In Google Maps
1793 Avenida Insurgentes Sur, Guadalupe Inn Ciudad de México, Ciudad de México, 1020, Mexico
+525556619175
Visit website

Books and juices? Not such a classic combination – when you think of books, you thinks of tea, surely? – but one that works well at Fruta Editorial. Order a delicious fresh fruit juice in an innovative combination and get your nose stuck into one of the many books that are on sale at this self-proclaimed juice-library. Technically an editorial house, they seek to promote both their own publications and those of other independent publishers. 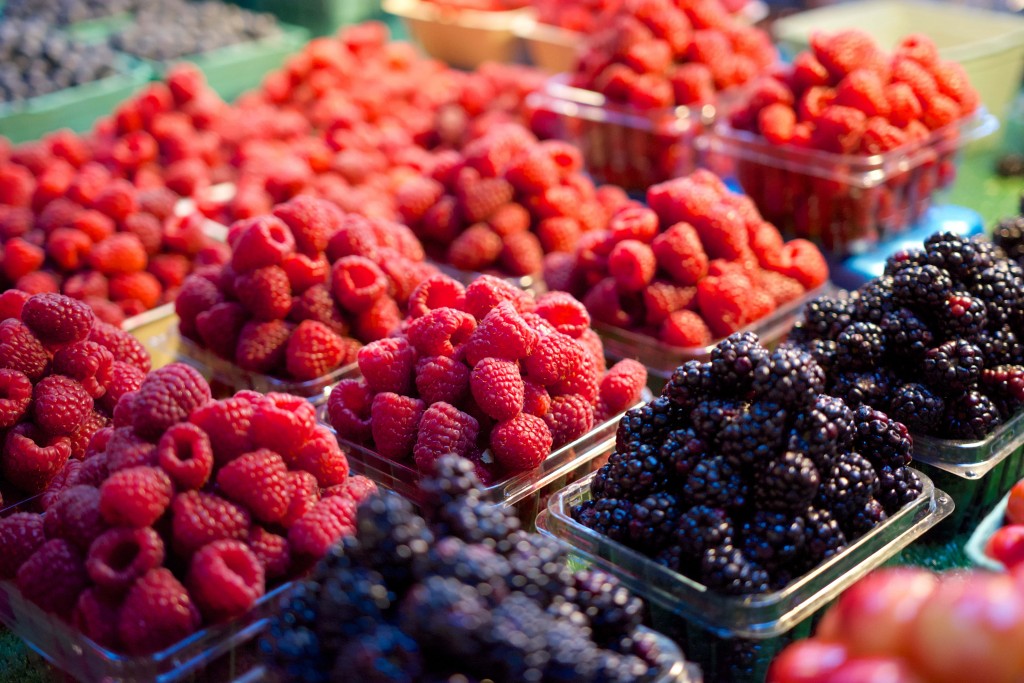 Situated in the famed and excellent Mercado de Medellín, Las Delicias is an established and traditional Mexican juguería with a long history. With over thirty drinks combos, you’re sure to find a juice or smoothie that suits you. While they don’t technically market themselves as a smoothie stand, asking for some ice or milk to be thrown in will bring your drink closer to a smoothie-esque consistency. 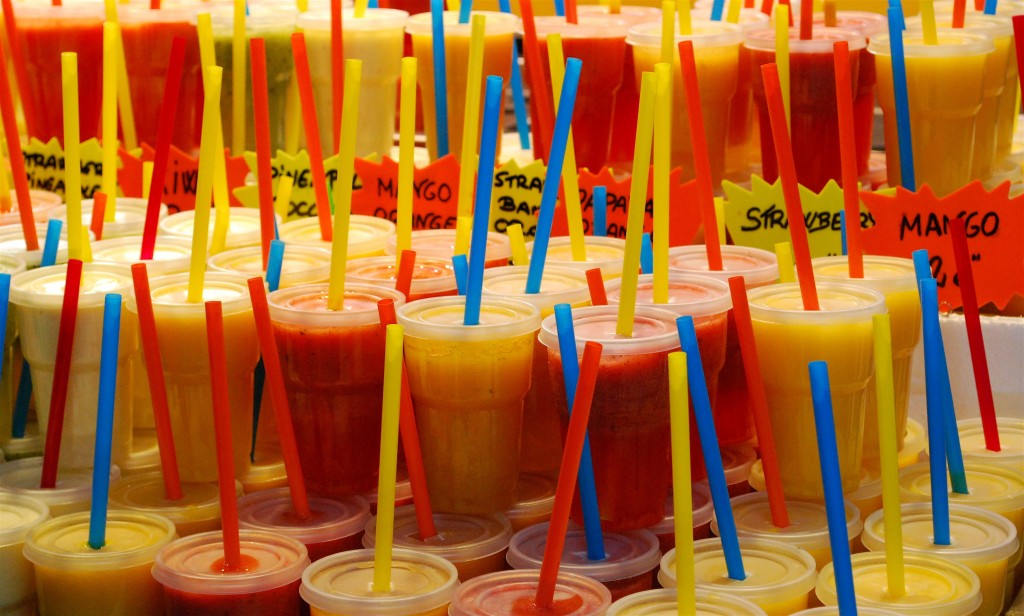 Cafe, Restaurant, Juice Bar, Healthy, Mexican, $$$
Jugo verde | © bertholf/Flickr
One of Mexico’s best juice bars is Café Vida, which dedicates itself to the production and sale of healthy, all-natural products. Accompany your smoothie – they have eleven to choose from in total – with a plate of chilaquilesor a breakfast sandwich. As is to be expected from a place such as this, their drinks boast a range of extra properties that go beyond just ‘tasting nice’; for example, some are designed to help clear acne prone skin and others are filled with protein.
More Info
Open In Google Maps
560 Avenida Prado Norte, Lomas de Chapultepec Ciudad de México, Ciudad de México, 11000, Mexico
+525552825415
Visit website

Bar, Restaurant, Healthy, Mexican, 0
Raw juice bars are all the rage nowadays, so it’s no surprise that trendy Roma plays host to one. La Zumería (zumois the Peninsular Spanish equivalent of jugo,or juice) specialises in healthy and tasty flavour combinations that’ll leave you feeling revitalised. Owned by a nutritionist, the menu is divided according to fruit and vegetable content. Although it’s small in size it’s huge in reputation and well worth a visit for health buffs and juice fans who want their fix in Mexico City.
Looks like it's closed Hours or services may be impacted due to Covid-19
More Info
Open In Google Maps

Bar, Restaurant, Juice Bar, Healthy, Mexican, Vegan, Gluten-free
Not exclusively a juice and smoothie joint, Flor de Viento also serves healthy and specialty foods such as gluten free and vegan options, as well as organic grains, fruits and vegetables. However, their cold press juice bar is exceptional and should definitely be checked out if you’re on the hunt for a refreshing pick-me-up in the Mexican capital. All their fruits come from organic orchards and are pressed daily and slowly.
Looks like it's closed Hours or services may be impacted due to Covid-19
More Info
Open In Google Maps
8 Virgilio, Polanco, Polanco III Sección Ciudad de México, Ciudad de México, 11540, Mexico
+525552806987

Cafe, Coffee Shop, Coffee, Mexican, $$$
Green smoothie ingredients | © Stacy/Flickr
Not all juice fans are health buffs and Café Bizarro certainly caters for a more alternative crowd. This gothic café is all-inclusive regardless of whether you’re a fan of all-black outfits or not and they have some unique smoothie options to try out. Known as bizarradas, they’re made from fruits, syrup and, oddly enough, beer. With branches in both Coyoacán and Roma, it’s an appropriate mix of popular yet alternative.
More Info
Open In Google Maps
168 Cuauhtémoc, Del Carmen Ciudad de México, Ciudad de México, 4000, Mexico
+525556598453
Visit website

Situated in both Polanco and Condesa, Ojo de Agua is quirky and cool; communal wooden table, glass bottle lamps and fresh produce displayed on the walls, it’s a fantastic final juice option in Mexico City. Their juice menu is huge and varied, so you can choose from classic combos or make up your own more exotic creations. They also serve sandwiches for when you’re in need of lunch or a snack. 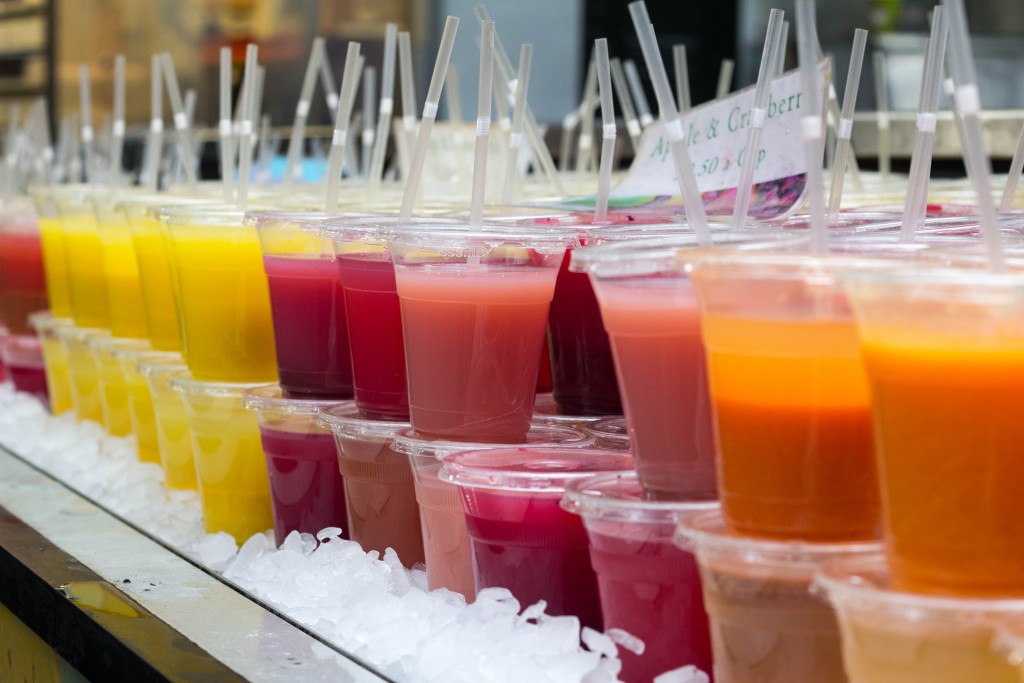