The Most Beautiful Hotels to Book in Mexico City's Centro Historico 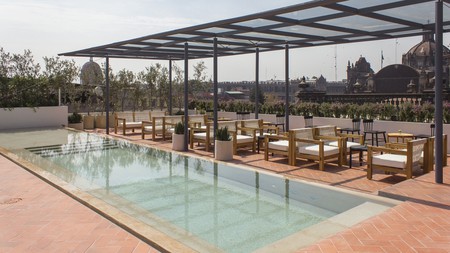 Layer upon layer of history and heritage are just waiting to be uncovered in the Centro Historico district of Mexico City. Get inspired with our guide to the most beautiful hotels in the area, all bookable with Culture Trip.

Aztec temples soar beside Catholic cathedrals and colonial-era mansions stand in the shadows of contemporary architecture in Mexico City’s Centro Historico. There are also some gorgeous hotels to stay in here, with art nouveau designs, rooftop restaurants and boutique luxury all on offer. 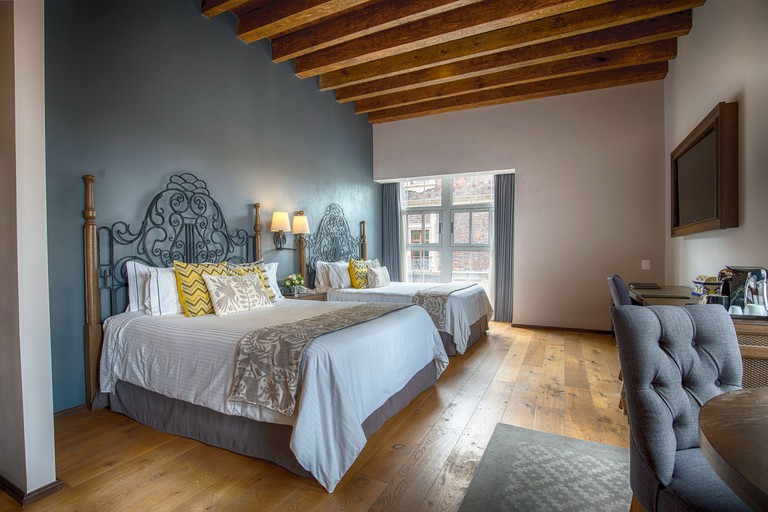 Courtesy of Zocalo Central Hotel / Expedia
Take in sweeping views of Mexico City’s Centro Historico as you experience fine Mexican gastronomy at the Zocalo Central Hotel’s rooftop restaurant. Reserve a table to experience the fusion tasting menu, in which indigenous Mexican ingredients, such as grasshoppers and escamoles, are served up in gyozas and croquettes. The hotel and restaurant are located within a refurbished 19th-century building, with 105 rooms and suites all offering a blend of modern amenities and traditional wooden furnishings. 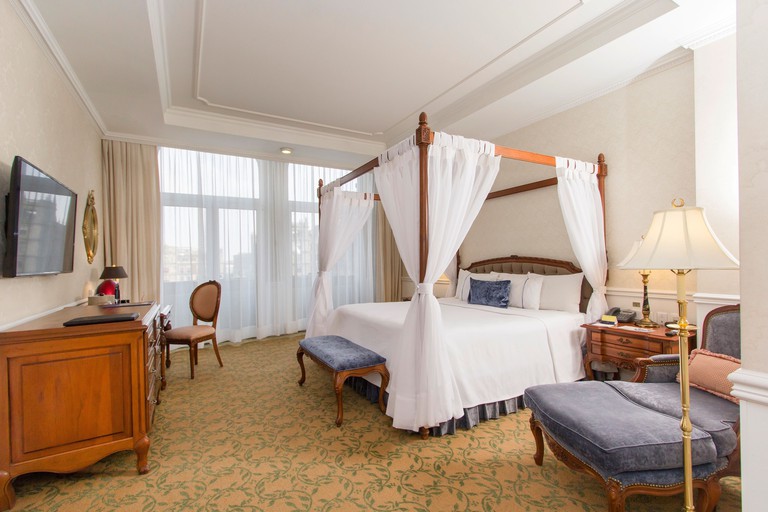 Courtesy of Gran Hotel Ciudad de Mexico / Expedia
Everything about the Gran Hotel Ciudad de Mexico is opulent, luxurious and masterfully over the top. This beautiful hotel dates back to the 16th century, but it was gloriously restored and given a fabulous art nouveau interior in the 20th-century. You’ll be greeted in the lobby by towering chandeliers – but the real centerpiece is the extravagant Tiffany stained glass that occupies the ceiling. Take an al fresco lunch or dinner on La Terraza, where you can watch life go by in the Zocalo below as you dine on pre-Hispanic mushroom soup and chile en nogada. 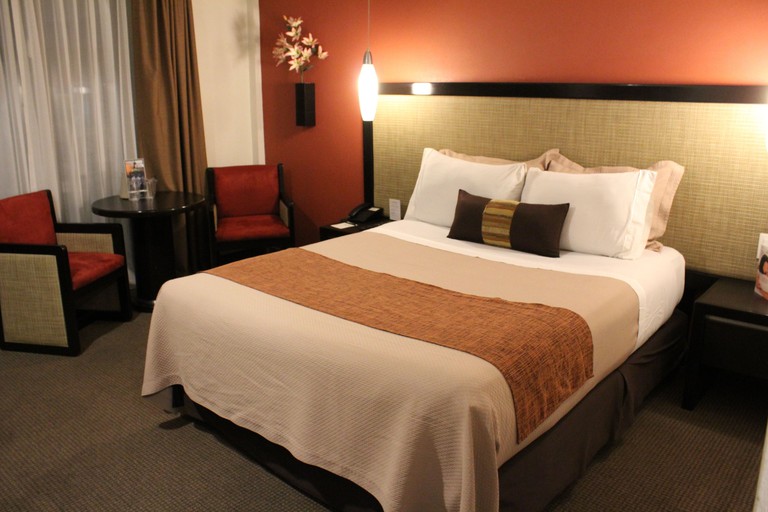 Courtesy of Hotel Catedral / Expedia
Stay at the Hotel Catedral and you’ll be surrounding yourself with the historic beauty of the Centro Historico’s most impressive sights. Look out the window of your modern room at Hotel Catedral and you’ll see the intricate facades of 19th-century townhouses, the glorious spires of centuries-old cathedrals and the historic heartbeat of Mexico City. The best rooms have stylish patios or balconies, while the restaurant serves up Mexican classics from early in the morning until late at night. 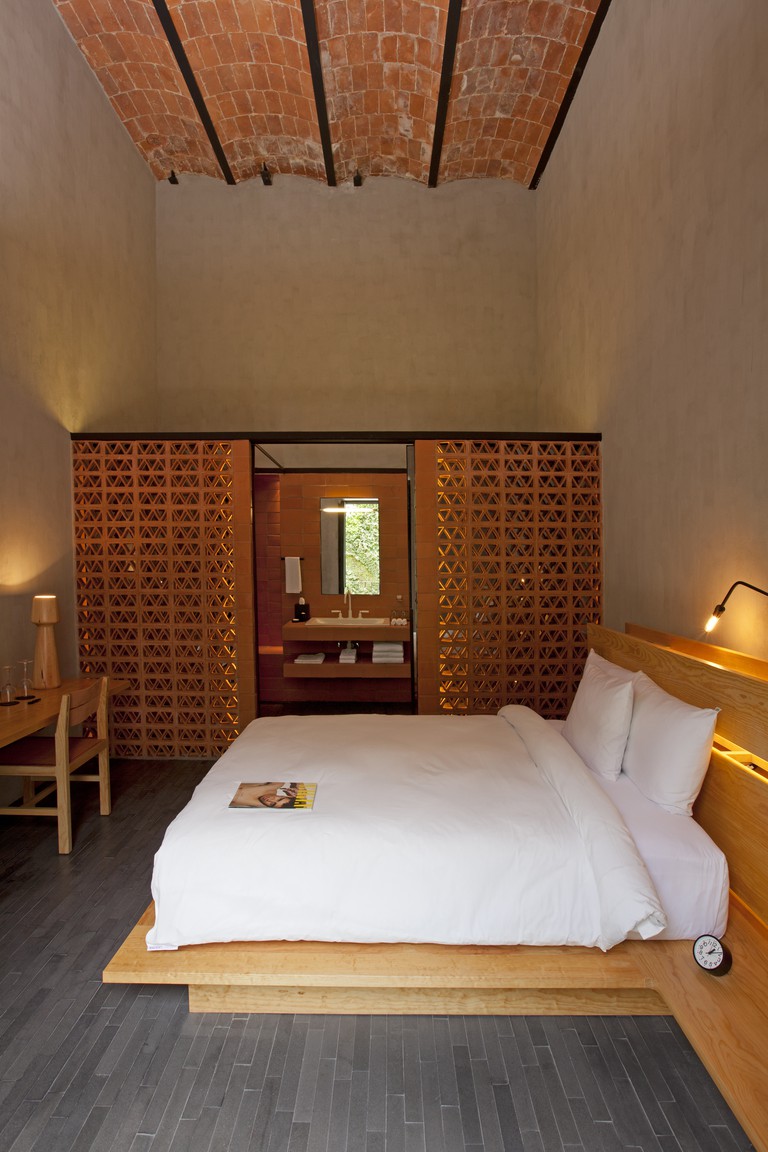 The most beautiful hotels in Mexico City’s Centro Historico are packed with history – and you can’t get much more historic than Downtown Mexico. The hotel’s facade dates to the 17th century, whilst many of the colonial-era features have been retained or repurposed with a contemporary twist. Downtown Mexico throws into the mix a stylish rooftop pool and wine bar, 17 modern rooms with bathtubs and patios and centuries-old walls that have been re-decorated with modern murals by local artists. 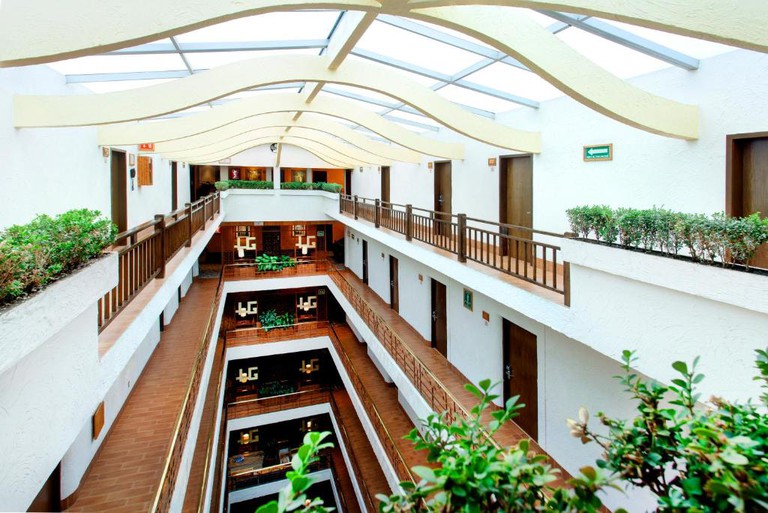 Courtesy of Hotel Gillow / Booking.com
Hotel Gillow dates back to 1875, making it one of Mexico City’s oldest hotels. Much of the exterior is even older; before becoming a hotel, the building was used by Jesuit priests for centuries. But step through the historic facade and you’ll realize the hotel is very much a modern affair. A large skylight beautifully brightens the hotel, while guests can sit back in comfortable loungers overlooking the lobby. Enjoy tacos and salads at La Capilla restaurant, or call into La Montxa cafe for a quick coffee and a pastry. 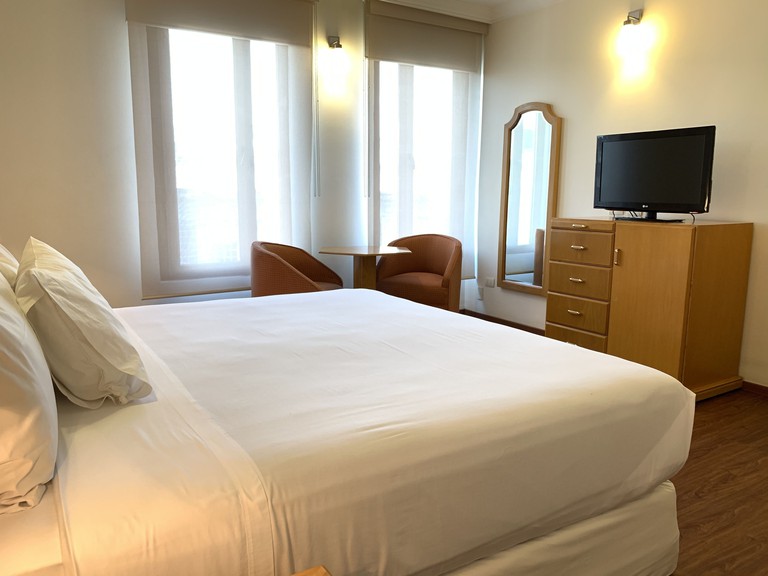 The Hotel Ritz Centro Historico has an enviable location on pedestrian-only Madero Avenue, in the midst of central Mexico City’s best shops and restaurants. The modern exterior gives way to an equally modern lobby, where you can lounge back and catch up on emails in the smart business chairs. Start the day at La Terraza restaurant, tucking into chilaquiles or huevos rancheros, before heading out for a day of sightseeing in Centro Historico. 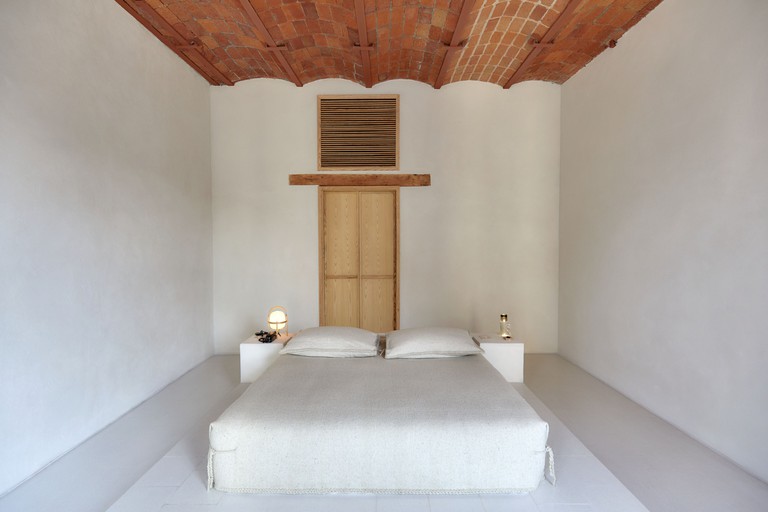 Circulo Mexico is without a doubt one of the most beautiful hotels in Mexico City’s Centro Historico. This elegant 19th-century townhouse has been thoroughly modernized, with a rooftop plunge pool and lounging area offering the ultimate relaxation venue after a day of sightseeing. This luxury hotel’s 25 rooms come with skylit outdoor patios and balconies and minimalist decor inspired by traditional Mexican artisanry. The food menu at Circulo Mexicano changes every week, but you can expect to dine on fresh, seasonal produce alongside locally sourced Mezcal. 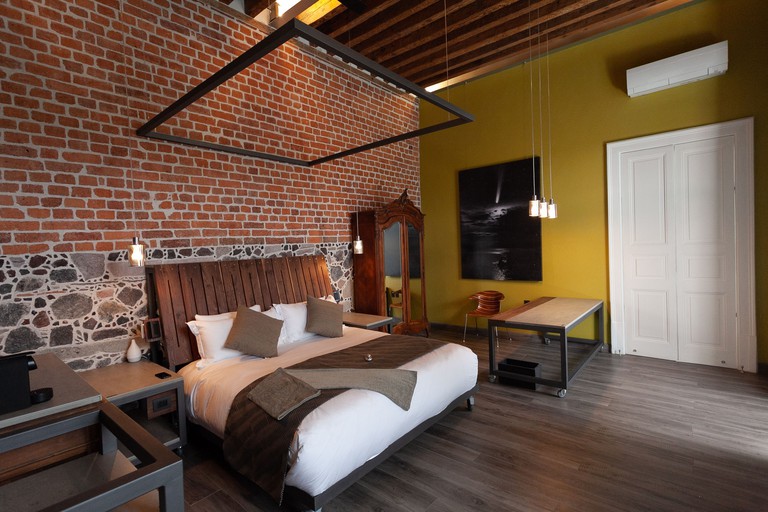 The MUMEDI has just six exquisitely designed suites that are located within a repurposed church in Mexico City’s Historico Centro. The suites here are the pinnacle of contemporary Mexican style, sharing a space with the Mexican Museum of Design. This isn’t just a beautiful hotel, but a space dedicated in its entirety to design concepts.

This is a rewrite of an article originally by Paula Zamorano Osorio.