The Best Spa Hotels to Book in Mexico City 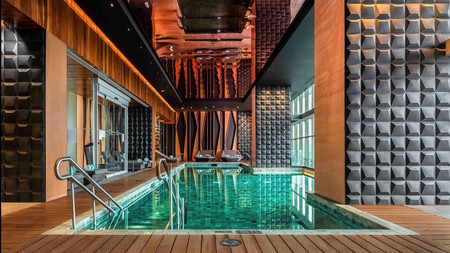 You’ll never be bored in the capital of Mexico. Speckled with spectacular pre-Columbian ruins, art galleries, museums and excellent restaurants, all watched over by towering volcanoes, Mexico City is packed with things to see and do. But, with high-altitude air and high-volume traffic, it can be tiring, giving you all the more reason to book a spa hotel. Here’s our pick – bookable on Culture Trip. 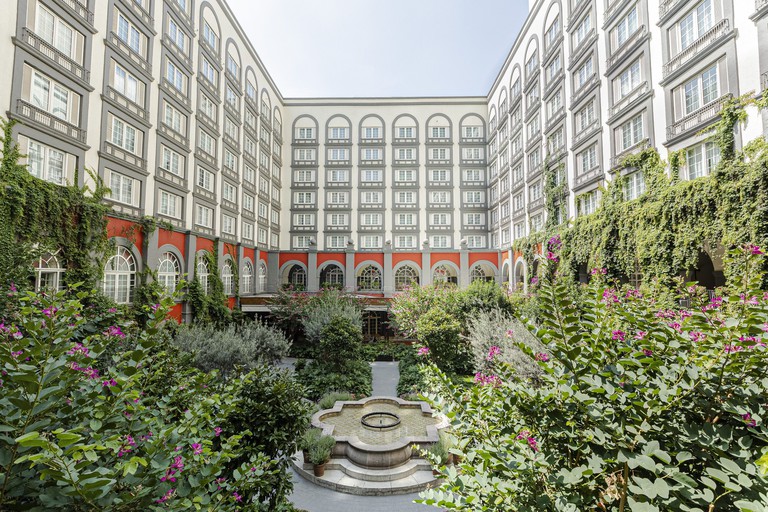 With service as discreet as afternoon tea, plush rooms as silent as a good night’s sleep and an atrium restaurant filled with flowers and tinkling fountains, this Four Seasons is a relaxing oasis, despite its downtown Paseo de la Reforma location. The spacious rooms are bright and modern – dark woods and creams offset by artsy carpets patterned with Jackson Pollock-style swirls. The spa is gourmet, offering warming Mexican dark chocolate body wraps and soothing amaranth facials in rooms gathered around a beautiful sapphire-blue pool that could have been plucked from a villa in Tuscany. 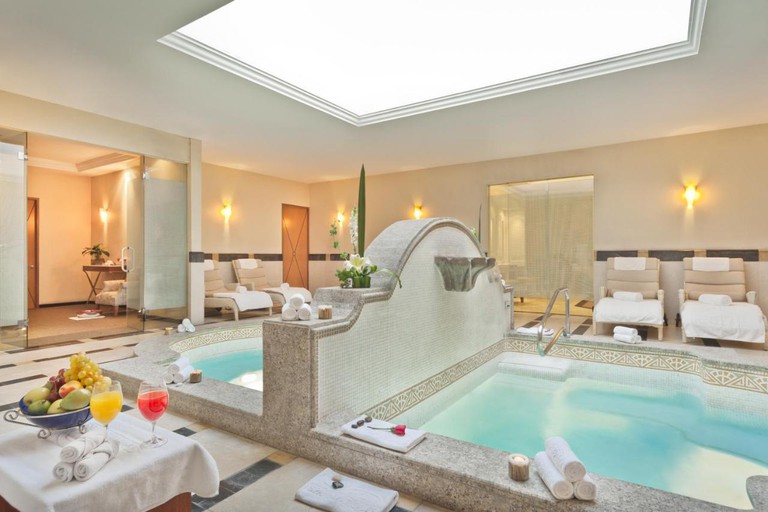 The Marquis Reforma’s once-faded rooms have had an art deco-inspired upgrade – with a palette of light beiges and caramels offset by chocolate-brown furnishings. And the hammam-huge spa is fit for a sultan, with luxurious mosaic pools fed by fountains, a suite of steam rooms, saunas and whirlpool tubs, as well as a menu of more than 60 treatments. The location is a boon, too, right in the heart of things, overlooking Paseo de la Reforma – the swankiest section of Mexico City’s answer to the Champs-Élysées in Paris. 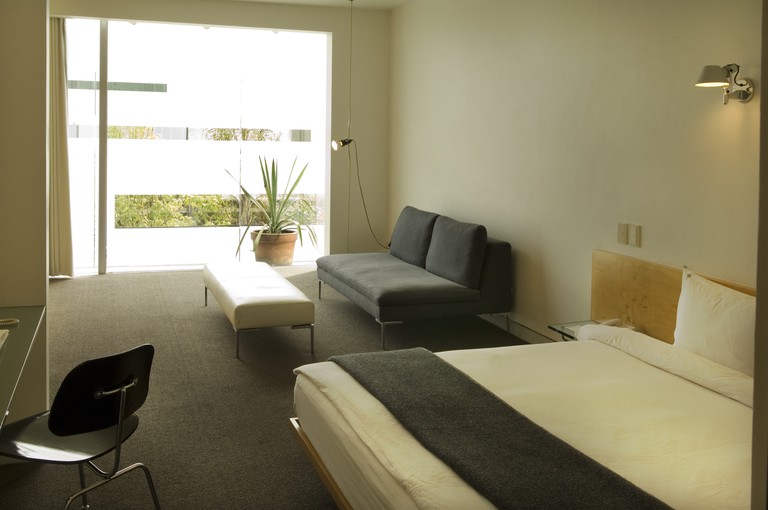 With a striking all-glass facade and starkly minimalist concrete and dark-wood interiors, the Habita Hotel is a truly stylish affair. Rooms are Scandi-elegant cubes – light pines and shades of gray offset by white walls warmed by lambent lamps, all bathed with soft natural light through an exterior wall of frosted glass. The spa, decked out in cool ice blues, can deliver an array of sensuous pampering treatments – from a silk massage (using wine or chocolate gel) to exfoliation and lymphatic drainage. There’s even a rooftop pool and a sundeck. 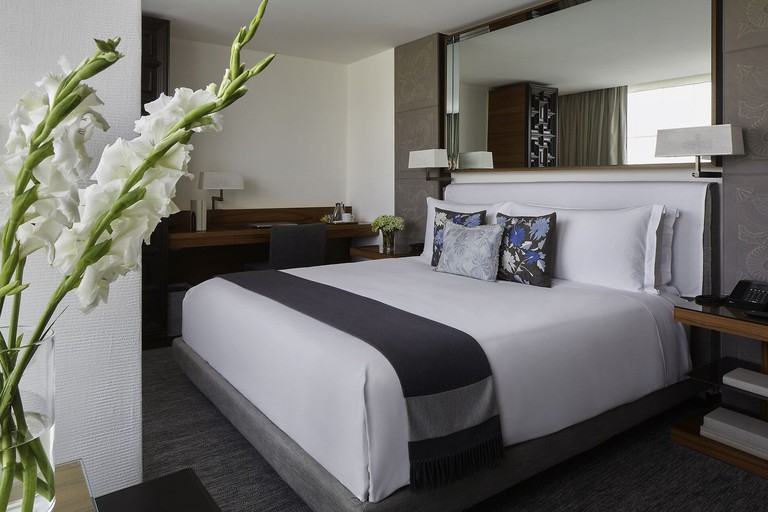 While in the stylish district of Polanco, Las Alcobas would feel at home in design-conscious downtown Manhattan. The hotel exudes understated, elegant comfort. In the bedrooms, dark rosewoods and light-gray carpets are offset by white walls and skyline views through floor-to-ceiling windows. At night, they turn into intimate spaces with dimly lit bedside lamps and hidden wall lights. Some rooms have jacuzzi tubs, as does the spa, alongside treatments by Naturopathica, Neal’s Yard and Cinq Mondes. 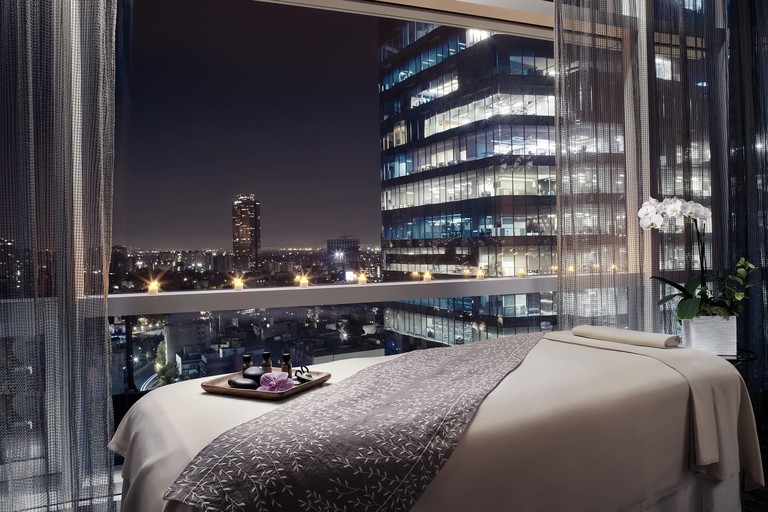 Courtesy of The St Regis Mexico City / Expedia
Private elevator entries, butler service and plush suites with satin-soft sofas and beds draped with high thread-count cotton – the St Regis is full-on opulent, with skyscraper and volcano views through wall-high windows. In the Remède Spa, settle in for massages and steams, or hang out by the indoor pool with the city spread out below. And whether you’re here for business or pleasure, the location is excellent – on Paseo de la Reforma in the heart of the downtown district. 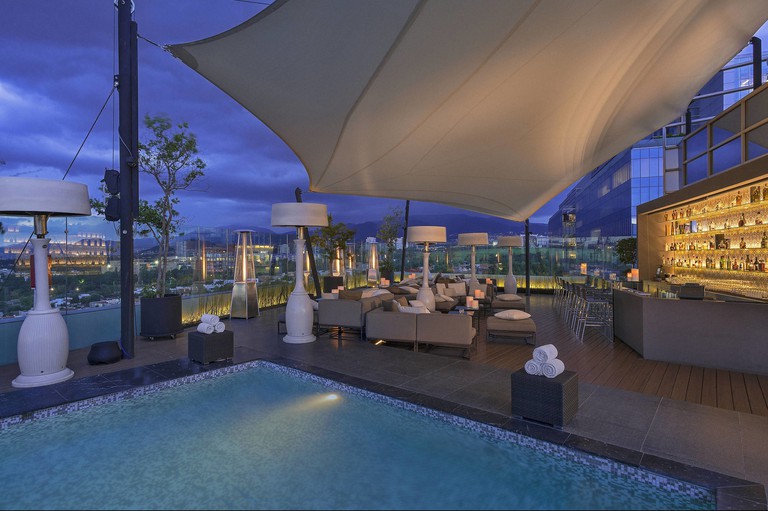 It’s all about the views at this Westin, which occupies a prime spot in the business district of Santa Fe, in the southwestern suburbs of Mexico City. They’re beautiful at every turn – whether you’re in the rooftop club lounge, restaurant or your bedroom. Book a premium suite decked out with contemporary dark woods, light beige furnishings and gray accents offsetting wall-high picture windows framing views of roofs, fields and mountains. The spa has some amazing Midas-luxe treatments, including washes with 24-carat gold and cryotherapy. 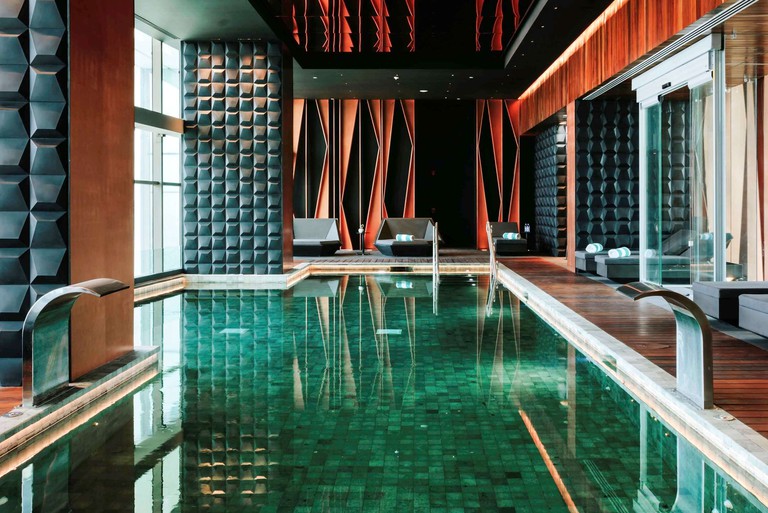 A stay with a skyline view? Book the Sofitel on Paseo de la Reforma – where Mexico meets for business in plush offices and over power lunches. From the rooftop cocktail bar and the 39th-floor pool and spa, take in the view of skyscrapers stretching to towering snow-capped volcanoes. Rooms are made to work in, with plenty of desk space, plush carpets and an off-white palette warmed with low amber lighting; they, too, have showcase panoramas through floor-to-ceiling windows. 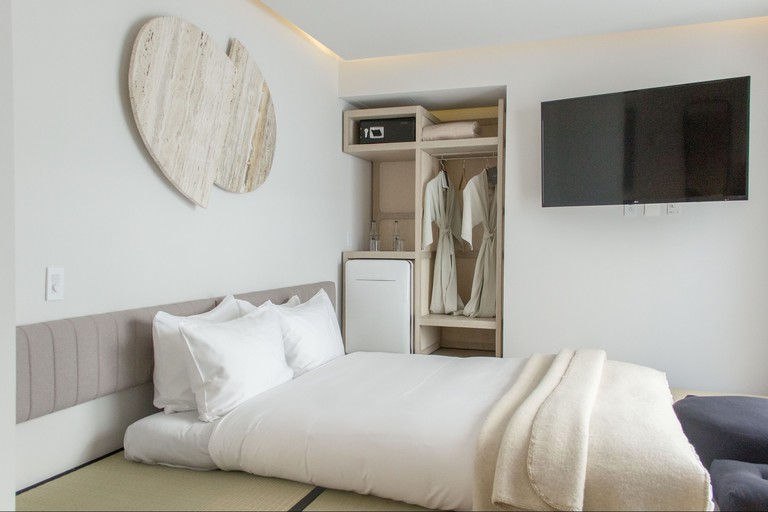 Ryo Kan brings rural Japan to Mexico City’s Reforma business district. Compact rooms, colored in light Asian maples and whites, have futon beds and clean lines. Public patio spaces are laid out like a Zen garden, and the restaurant serves excellent sushi and sashimi. The spa is one of the best in the city, using high-end Spanish Natura Bissé products and performing Asian-influenced treatments, including shiatsu and gong meditation. It’s highly popular and open to non-guests, too, so book ahead.

This is an updated rewrite of an article originally by Lauren Cocking.