The Best Tianguis In Mexico City

Tianguis | © Giulian Frisoni/Flickr
Tianguis, often translated to farmer’s market or flea market, is a type of open-air, roaming market popular across the country; in Mexico City alone there are over 1000 registered tianguis. With their roots in pre-Hispanic culture, the majority sell fresh produce, others sell clothes, but pretty much all of them will have a selection of food stalls at which to grab a quick snack. While you can find tianguis pretty much everywhere, we’ve narrowed down seven of the city’s best.

Each Wednesday, just off from Glorieta de Cibeles, Roma plays host to one of the city’s best tianguis – Bazar El Oro. Named for its location along Callejón El Oro, you can find all manner of goods on sale at this sprawling street market, from e-cigs to plants that will give a much needed boost of colour to your home, and even Argentinian food. Hipsters, tourists and locals have their needs catered to at Bazar El Oro, and even if you don’t want to buy anything, it’s a great spot to wander round and soak up the atmosphere. 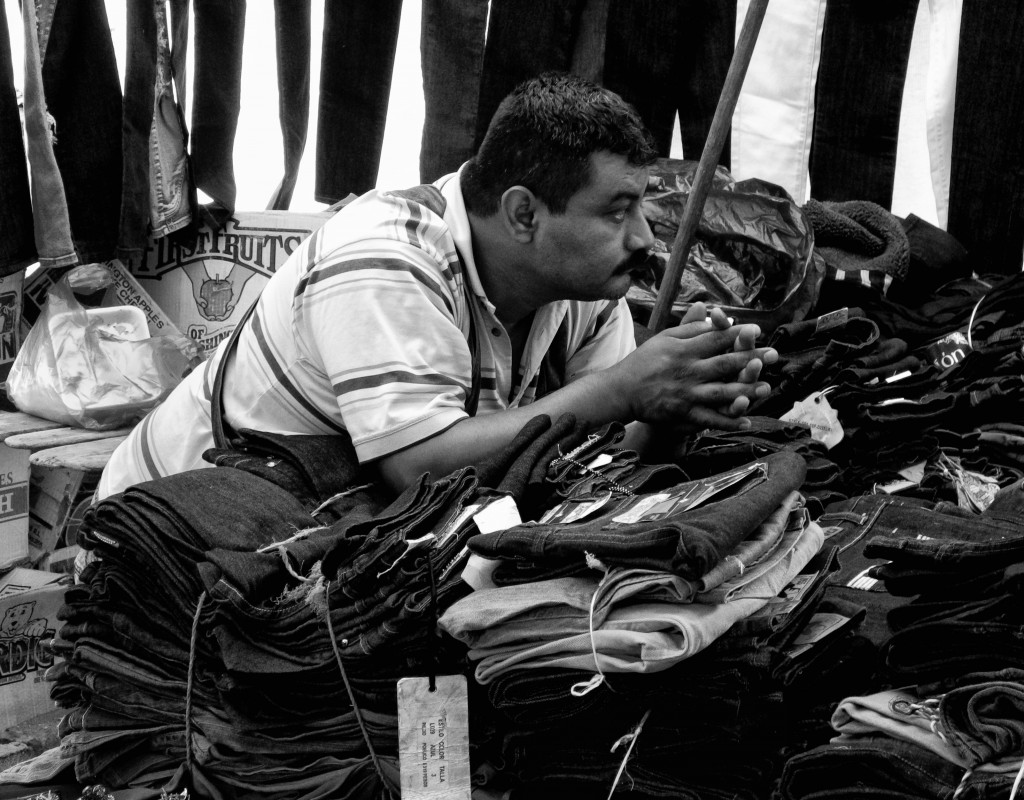 Known for having an excellent selection of prepared food, especially tacos de barbacoa, this Sunday tianguis makes for a cultural option during the day of rest in Mexico City. If tacos aren’t your bag, then try out mixiotes, crepas or just some healthy fruit and veg instead. As with any tianguis, you’ll also find an eclectic mix of goods for sale, as well as vendors who will wax your moustache and apply false eyelashes. Every need really is catered for. 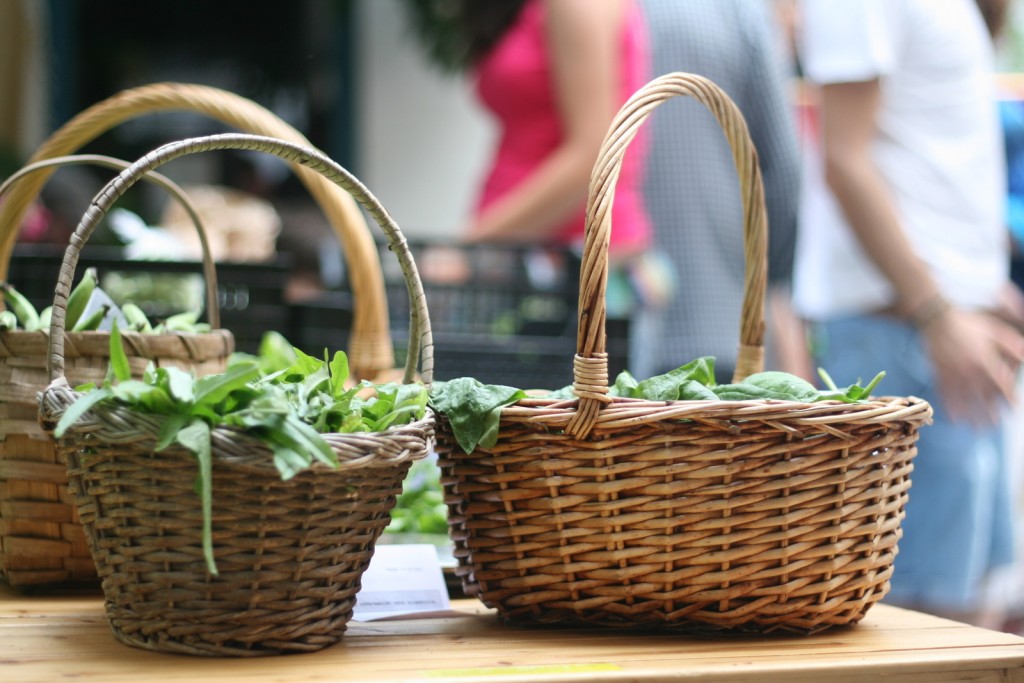 A semi-permanent tianguis is the Parque México fashion tianguis which bring together around 50 vendors each weekend to sell a range of clothes. While many tianguis are notorious for selling cheap knock-off clothing and accessories, this fashion tianguis does have a pretty reliable selection of genuine designer labels on sale and even, in some cases, offers clothing that can’t be found elsewhere.

Pants on sale at a tianguis © Corin Royal Drummon/Flickr

Another excellent, albeit undeniably more alternative, fashion tianguis is the Del Chopo iteration of this popular roaming market. Each Saturday, all along Calle de Aldama in Buenavista, sellers join forces to sell predominantly gothic and sub-culture oriented attire. If you’re into this kind of fashion, you really can’t miss the Del Chopo tianguis. In addition, there are also music and magazine stalls, as well as live music at times. 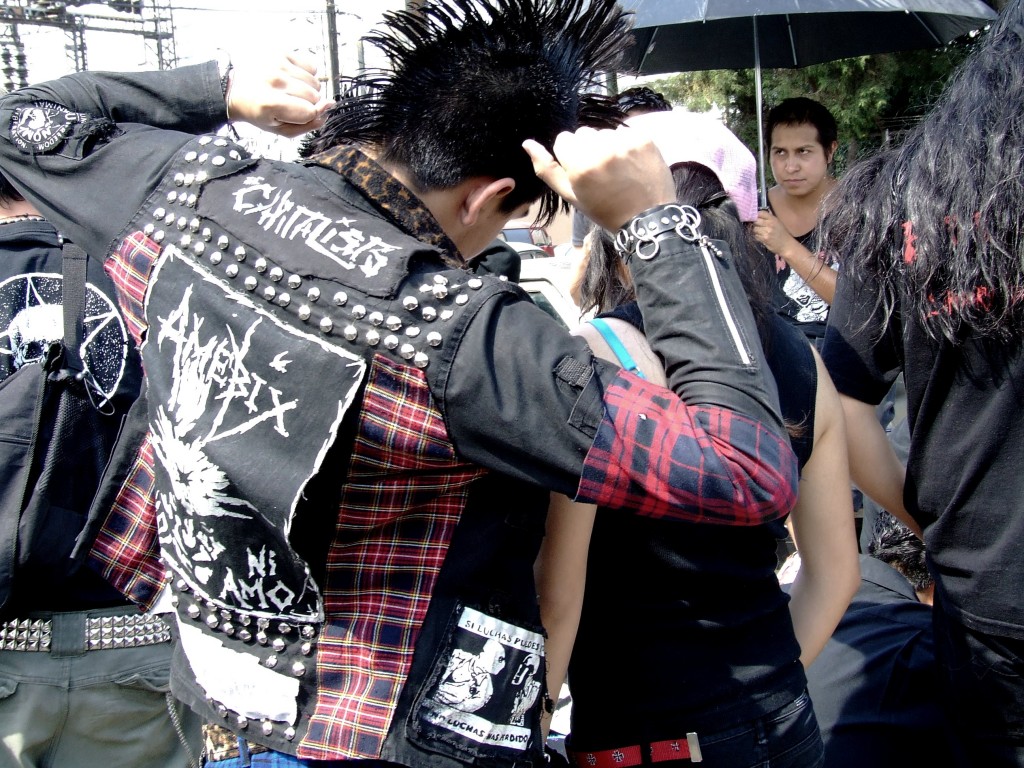 Bazaar, Market
Browsing the wares at a bazaar in Mexico City | © Alejandro De La Cruz/Flickr
Known by two different names, for travellers this will most commonly be referred to as the Bazaar Sábado markets, although this tianguis also goes under the name of the San Ángel tianguis for the Mexico City neighbourhood in which it can be found. Predominantly an indigenous fine art market – the oldest in the city, in fact – you can also find clothes and other goods on sale here too, such as antiques and snacks.
More Info
Open In Google Maps
11 Plaza San Jacinto, San Ángel TNT, San Ángel Ciudad de México, Ciudad de México, 1000, Mexico
+525556160082
View menu
Visit website
Visit Facebook page
Send an Email
Give us feedback

Building, Market
If you only enjoy bargain hunting on Sundays, you must stop by La Lagunilla tianguis,which takes place on a weekly basis. Perhaps one of the most easily accessible of all the tianguison our list – which often take place in tiny neighbourhoods, unfrequented by travellers – La Lagunilla is situated just 10 blocks from the city’s main plaza. While it has a permanent central edifice, the adjoining street tianguisare best known for used goods and even high quality antiques.
More Info
Open In Google Maps
lote 1, 46 Ignacio López Rayón, Lagunilla, Centro Ciudad de México, Ciudad de México, 6000, Mexico
+525521812451
View menu
Visit website
Visit Facebook page
Send an Email
Give us feedback

Our final entry goes to the Sullivan tianguis, which sounds rather odd but is actually named for the street (Avenida James Sullivan) on which it is located. Each weekend, the car park of a local government building crams full of stalls and vendors vying for your business. Saturday generally dedicates itself to clothing and other bits and pieces, whereas Sunday is the best day to drop by should you need from fresh fruit and veg. 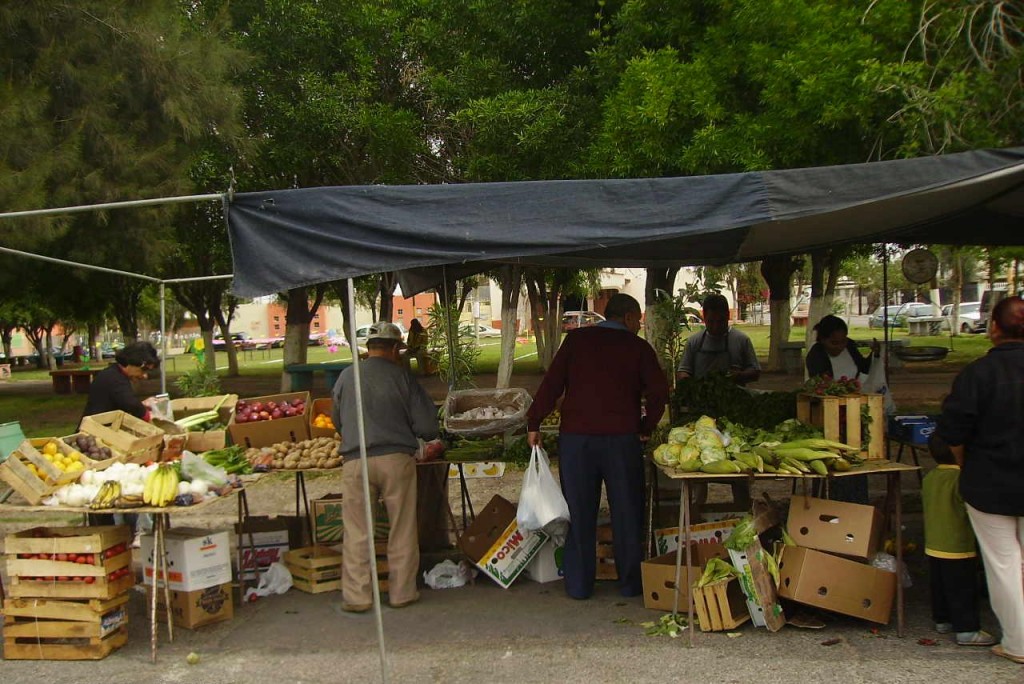