The 7 Best Natural Attractions To Visit From Mexico City

Nevado de Toluca | © Eric Titcombe/Flickr
It might seem that Mexico City is all about that cosmopolitan lifestyle, with its hip bars and world-class museums. However, if you venture outside the city limits a little you’ll find a veritable wealth of exquisite natural attractions and activities to keep you occupied and give you some respite from the often overwhelming capital. Here are the seven best natural attractions to visit from Mexico City.

Park
Grutas de Cacahuamilpa | © Quinn Comendant/Flickr
Perhaps the natural attraction on our list that is most removed from Mexico City – it’s around a four-hour drive away, to be precise – the Grutas de Cacahuamilpa are to be found in the state of Guerrero. Forming a key part of the gorgeous National Park, which takes its name from the grutas, this system of underground caves takes about two hours to see in its entirety. Look out for the cave drawings that adorn many of the walls of this majestic tourist attraction.
More Info
Open In Google Maps
Guerrero, Mexico
+527211040156
View menu
Visit website
Visit Facebook page
Send an Email
Give us feedback

For breathtaking views and brisk walks, you need to check out the Nevado de Toluca, also known as Xinantécatl. It too is situated in a national park. Located in the State of Mexico, this volcano makes for an amazing visit from central Mexico City. Winter is as good a time as any to visit this natural marvel, because you can admire the snow topped peaks and wrap up warm against the biting cold. 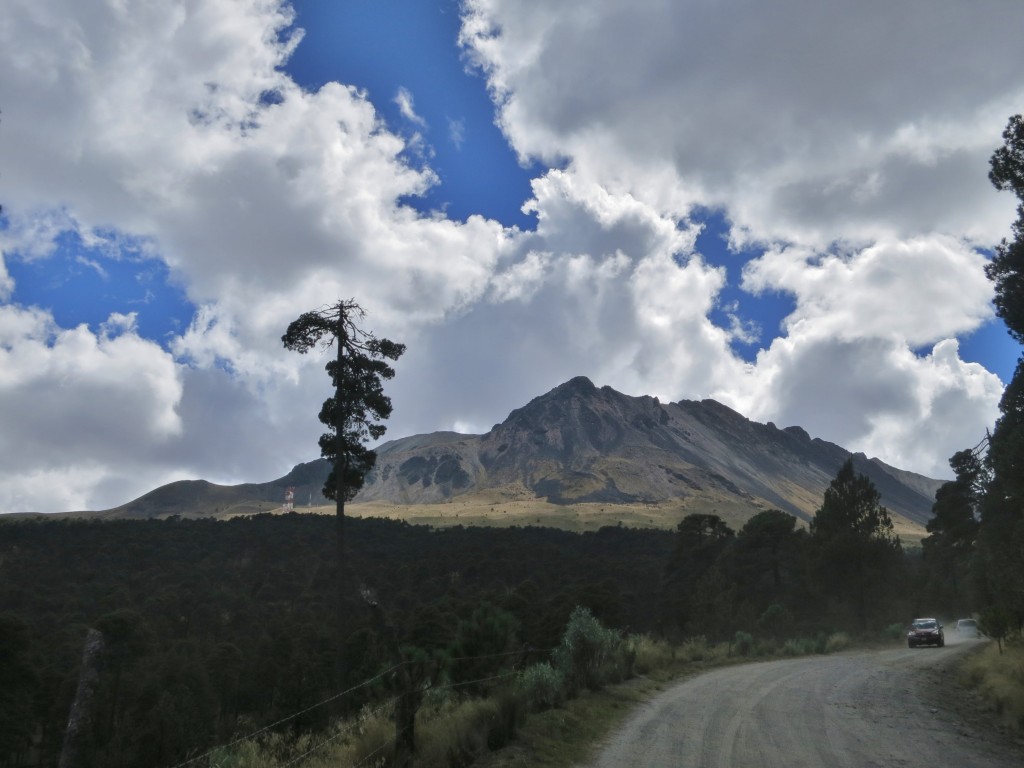 Natural Feature
Prismas Basálticos | © Pablo Vazquez/Flickr
A slightly more far-flung sight is Hidalgo state’s Prismas Basáticos, which were written about by the German explorer Alexander Von Humboldt over one hundred years ago. The geometric basalt columns that form this beautiful scene are naturally occurring, made from the slow dripping of water, with some of the tallest measuring around 40 metres. A long-time local favourite, they are one of the 13 natural wonders of Mexico.
More Info
Open In Google Maps
Regla, Hidalgo, 43500, Mexico
+527715277570
View menu
Visit website
Visit Facebook page
Send an Email
Give us feedback

Resort
Grutas de Tolantongo | © Carlos Adampol Galindo/Flickr
Another Hidalgo-based option is the Grutas of Tolantongo resort. Explore the cave formations with a local guide, but just make sure you don’t wear your best clothes because it can get hot and sweaty once you’re in there! Afterwards, you can either take advantage of the pleasantly warm man-made pools which afford views over the landscape, or check out the naturally occurring La Gloria pools.
More Info
Open In Google Maps
Cardonal, Hidalgo, 42370, Mexico
+527727217905
View menu
Visit website
Visit Facebook page
Send an Email
Give us feedback

Water fans will love this natural attraction in the state of Morelos. In the small town of Amacuzac, which is also the name of the river which runs right through it, you can try your hand at white water rafting. Float down the river and enjoy the flora and fauna that surrounds you, but don’t forget to stay alert as the currents are fearsome from mid-June to December. Over the course of a two-hour journey, River Amacuzac crosses around ten rapids in total which all have suitably terrifying names like ‘the black hole’. 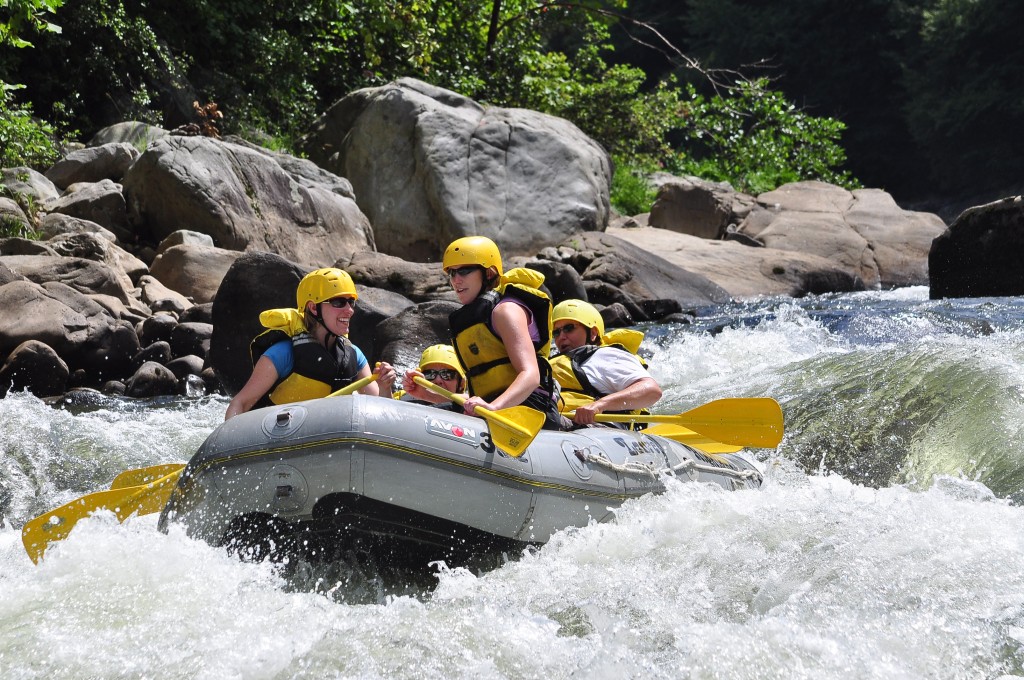 Park
Mexico City Chinampas | © Lydia Carey
So, the chinampas(floating islands) that make Xochimilco what it is may well be artificial, but the canals are very much a natural attraction that’re an absolute must-visit for any traveller in Mexico City. Take a boat trip in one of the iconic and colourful trajinerasthat run daily up and down the interconnected canal system of Xochimilco, whilst you enjoy some drinks, soak up the atmosphere and perhaps even forget you’re still in Mexico City.
More Info
Open In Google Maps
Periferico Sur, Adolfo Ruíz Cortínez Ciudad de México, Ciudad de México, 16034, Mexico
+525566154471
View menu
Visit website
Visit Facebook page
Send an Email
Give us feedback

Known in English as Bernal Rock, Peña de Bernal is situated in the Gorda Sierra of Querétaro state. The third biggest monolith in the world, measuring in at 1,000 feet tall and only coming runner-up to Spain’s Gibraltar Rock and Brazil’s Sugar Loaf, Bernal’s Rock is certainly impressive. While this rock can be climbed, it looks far easier to do than it is, so you’ll need some practice before you can even think about reaching the top. Either way it’s well worth a visit. 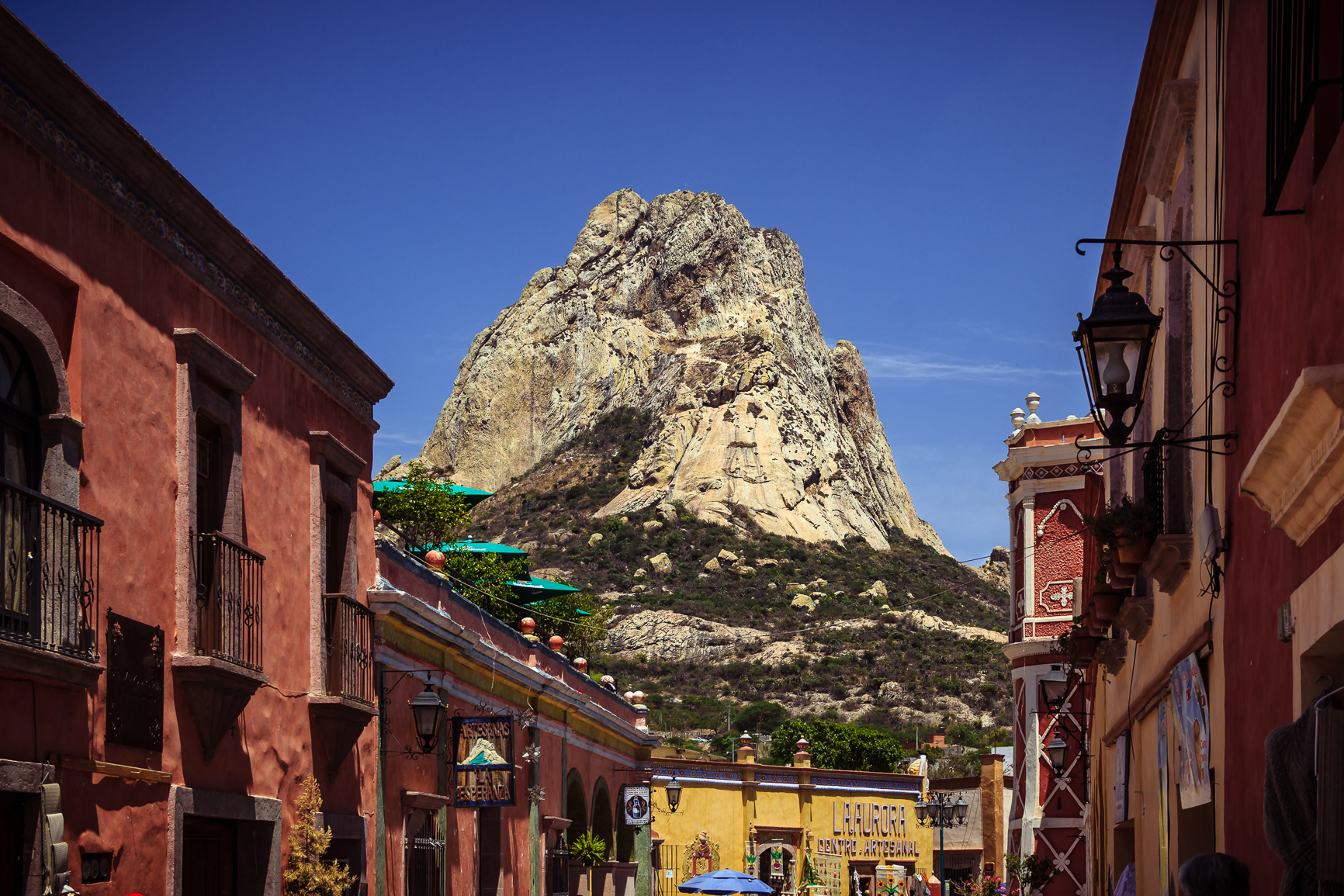