The 6 Must-See Films of Alfonso Cuarón 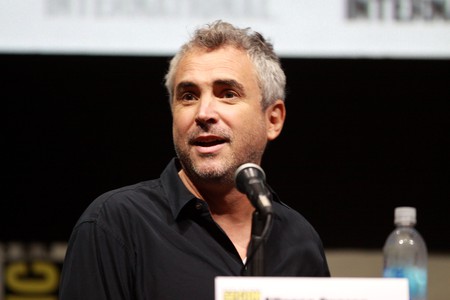 A Mexico City native, Alfonso Cuarón now resides in London but remains one of Mexico’s most popular film directors both at home and abroad. One of the so-called Three Amigos of Cinema group, which also includes fellow Mexican directors Guillermo Del Toro and Alejandro González Iñárritu, six-time Academy Award nominee Alfonso Cuarón has built a spectacular body of cinematic work that is required viewing for any cinephile. Here, our guide to his six must-see films.

Cuarón’s first full-length feature film was the comedic Sólo Con Tu Pareja (Love in the Time of Hysteria) that was released in 1991. Considered one of the top 100 Mexican films of all time, it was an impressive debut that Cuarón also wrote, produced, and co-edited. Only after winning awards internationally, at the Ariel Awards and the Toronto International Film Festival, was Sólo Con Tu Pareja released in Mexico, where it became a box office success.

One of Cuarón’s follow-up films was a big-budget, international production: A Little Princess. Following the general contours of the original 1939 film, it veered further away from the classic Frances Hodgson Burnett tale. Although not as commercially successful as his previous film, it received much critical acclaim and received two Academy Award nominations. It also featured Liam Cunningham as the leading man in a dual role. Of course, Cunningham is now best known for his portrayal of Davos Seaworth on Game of Thrones.

Not only one of Cuarón’s must-see films, but also a must-watch introduction to Mexican cinema as a whole, the fantastically funny but resolutely dramatic Y Tu Mamá También is a coming-of-age tale about two boys taking a road trip with an older, married woman. The title (literally, And Your Mother Also) pays homage to the film’s assertion that Julio (Gael García Bernal) has had sex with Tenoch’s (Diego Luna) mother. Shot with a handheld camera and featuring much improvised dialogue, this film cemented Cuarón’s, García Bernal’s, and Luna’s reputations.

Harry Potter and The Prisoner of Azkaban (2004)

Perhaps Cuarón’s most internationally popular, recognized, and successful cinematic effort is Harry Potter and The Prisoner of Azkaban, the third installment in the blockbuster Harry Potter series. Widely considered the first Harry Potter film to effectively capture the spirit of the novels, it was (until the release of the final installment) also the most critically acclaimed of the series. J.K. Rowling was said to be very pleased with Cuarón’s appointment as director, having loved Y Tu Mamá También and A Little Princess.

Based on a novel of the same name by P.D. James, Children of Men is a British-American film directed and co-written by Cuarón. Featuring a star-filled cast led by Julianne Moore, Michael Caine, and Chiwetel Ejiofor, it was the recipient of numerous awards for its single-shot action sequences, a distinctive feature of Cuarón’s films. Following a grim storyline in which no children have been born for 18 years, it explores themes of hope, faith, and redemption.

Finally, Cuarón’s Gravity, a sci-fi space epic that triumphed at the following year’s Oscar ceremony, must not be overlooked. The film was produced entirely in the United Kingdom, and it was based on a script Cuarón co-wrote with his son, Jonas Cuarón (the father-son pair later co-produced the 2015 film Desierto). Gravity received near-universal critical acclaim and was nominated for 10 Academy Awards, winning seven. The film was particularly recognized for its directing, 3D effects, and cinematography, not to mention star turns by the ever-reliable Sandra Bullock and George Clooney.