The Most Beautiful Beaches In Mexico

Mexico
Mexico as is a vast country with an extensive and attractive coastline to match. Measuring almost 10,000 km in total, the beaches of this North American country stretch along four main bodies of water. The Pacific Ocean, the Gulf of California, the Gulf of Mexico, and finally, the temperate, crystal clear waters of the Caribbean. With many travelers venturing there for the sand and surf, we’ve compiled this guide to Mexico’s top beaches.

One of Mexico’s most popular coastlines is that of the southern state of Oaxaca. Facing the Pacific Ocean, it boasts serene, sandy beaches, and crashing turquoise waves. One of the best beaches in Oaxaca state is to be found in the quirky beachside town of Mazunte and is appropriately called Playa Mazunte. With parasols available to rent on the cheap from beach vendors along with cold beers and food at hand all day long, you’ll never want to leave. 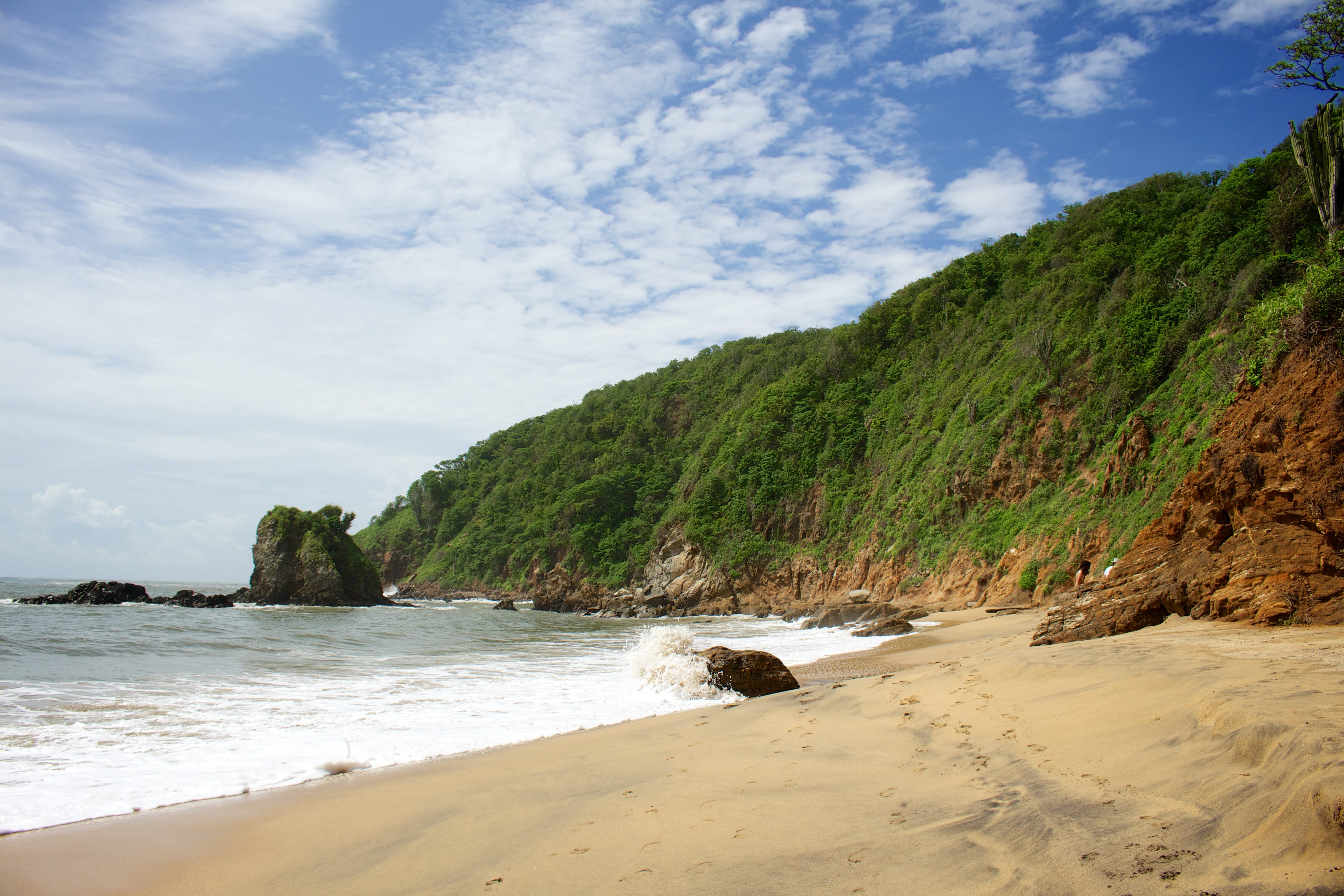 Literally named ‘Paradise Beach’, Playa Paraíso in Tulum is one of the best beaches in the country, almost unrivaled in beauty and ecological variety. Hemmed in by swaying palms and rugged cliffs, this picture perfect beach sits beneath an elegant, iconic archaeological ruin. Turquoise waters and white sand stretch as far as the eye can see, and even though it’s fairly well known, it’s never overrun with travelers. Instead, there’ll be impromptu yoga classes and topless sunbathers lounging around in hammocks. 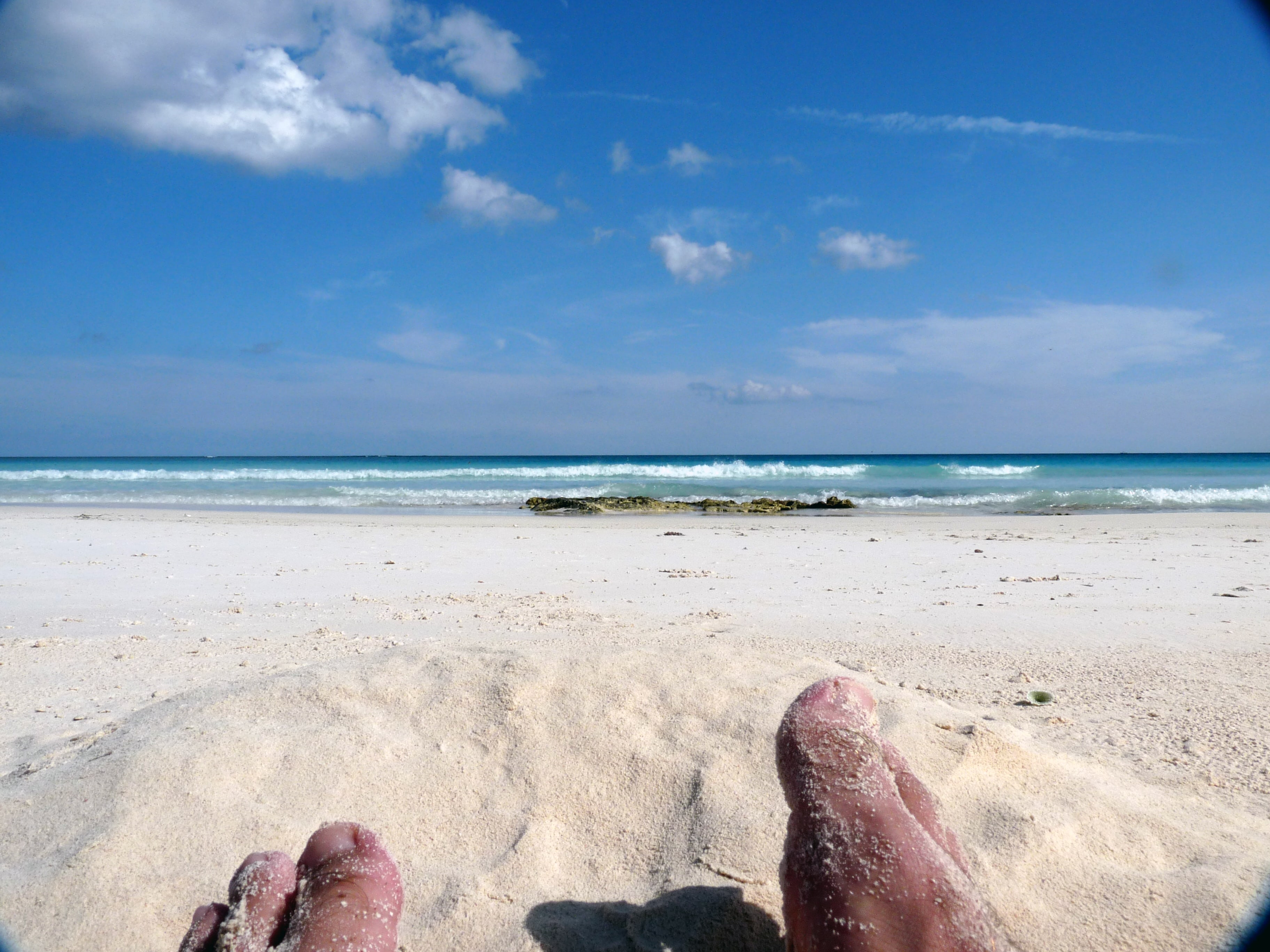 Steering away from the idyllic Quintana Roo and towards the more tumultuous Guerrero state region, Playa Las Gatas in Zihuatanejo is a relatively underrated beach. Allegedly named for the abundance of cat-whiskered nurse sharks that used to dwell in this area, this beach neighbors the arguably more popular Playa la Ropa. Nowadays, it boasts clear, calm waters and given the presence of rocky coves and coral. This is an awesome snorkeling spot. However, sea urchins lurk on the seabed, so keep an eye out. 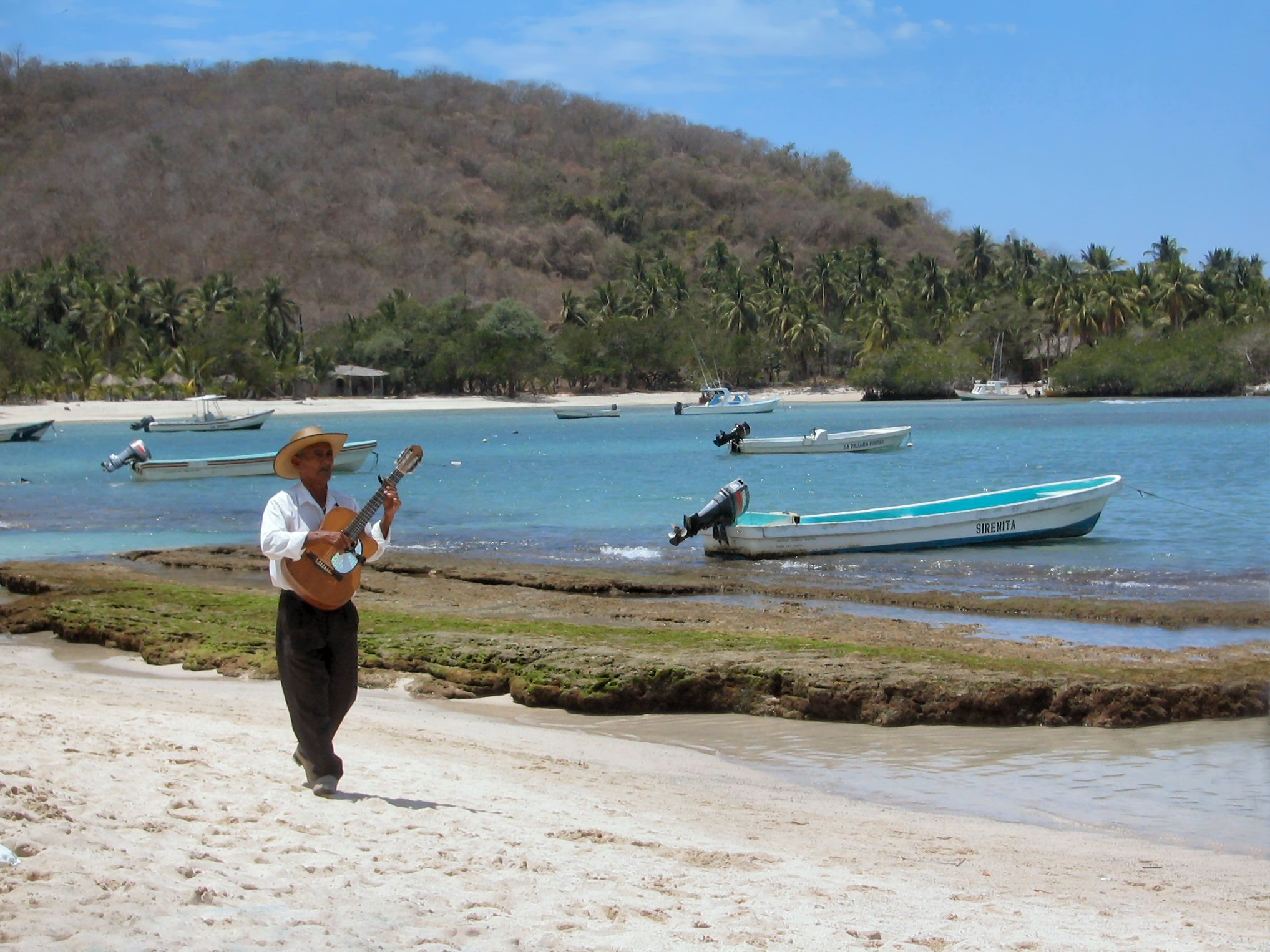 A relatively undiscovered island in the state of Quintana Roo is Isla Holbox. Although it has numerous beaches, its tiny size warrants its inclusion here as a singular entity. Having long been famous with divers for the unrivaled presences of whale sharks, it’s now gaining popularity in the traveler community for its relaxing ambiance, shallow waters, and practically deserted virgin beaches. Go there soon to truly get a feel for Holbox, or the tourists will have arrived en masse and commercialized everything. 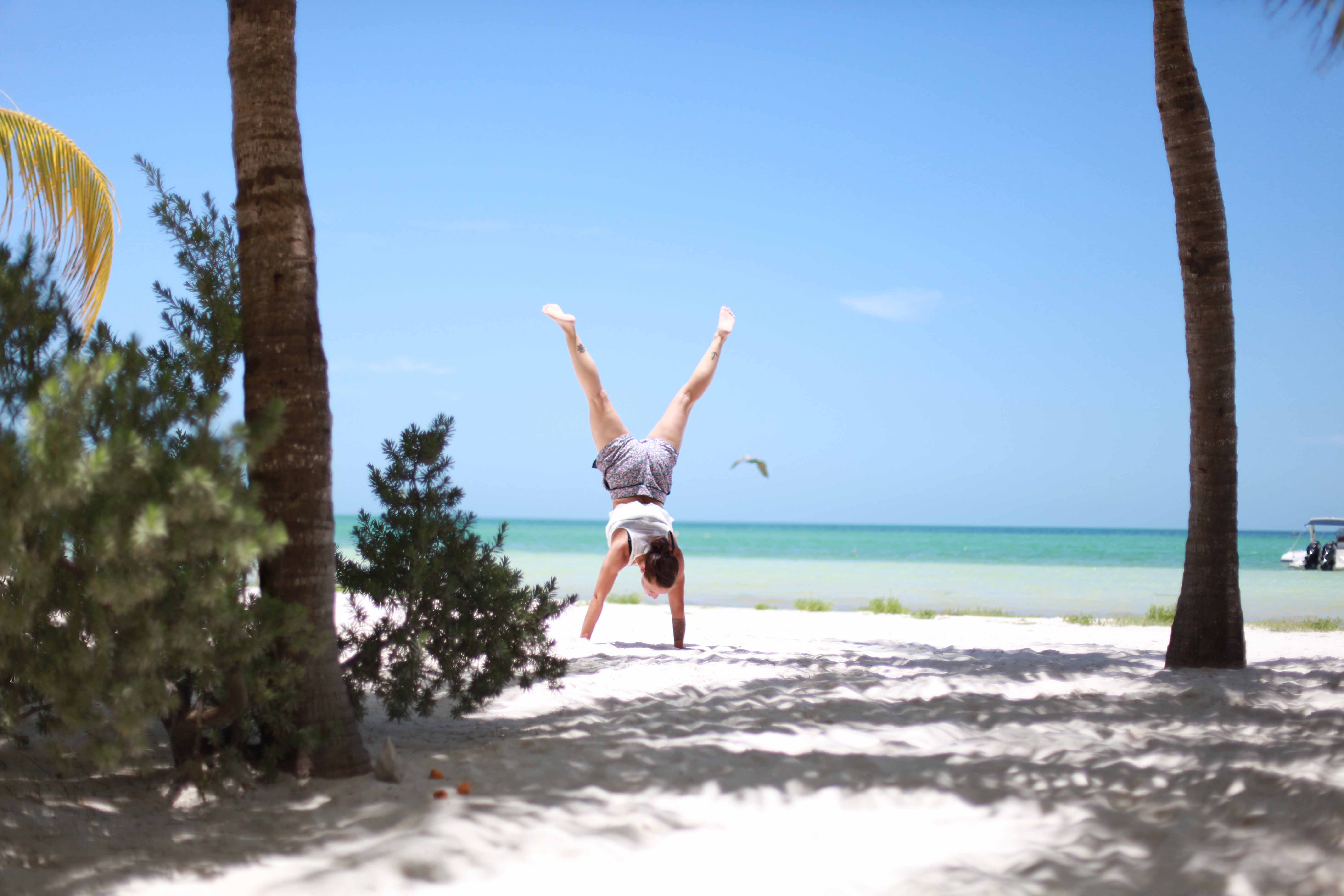 Another excellent Quintana Roo island for beach finds is the long and easily accessible Isla Mujeres. Notably more touristy than Holbox, this quaint isle has a wide selection of beach bars, accommodation, and restaurants. However, it’s undoubted number one attraction is the stunning Playa Norte. Crystal clear waters and near enough white, powdery sand make this easily one of Mexico’s most beautiful beaches. Get there early in the morning and enjoy the relative lull before the sun worshippers begin arriving later in the day. 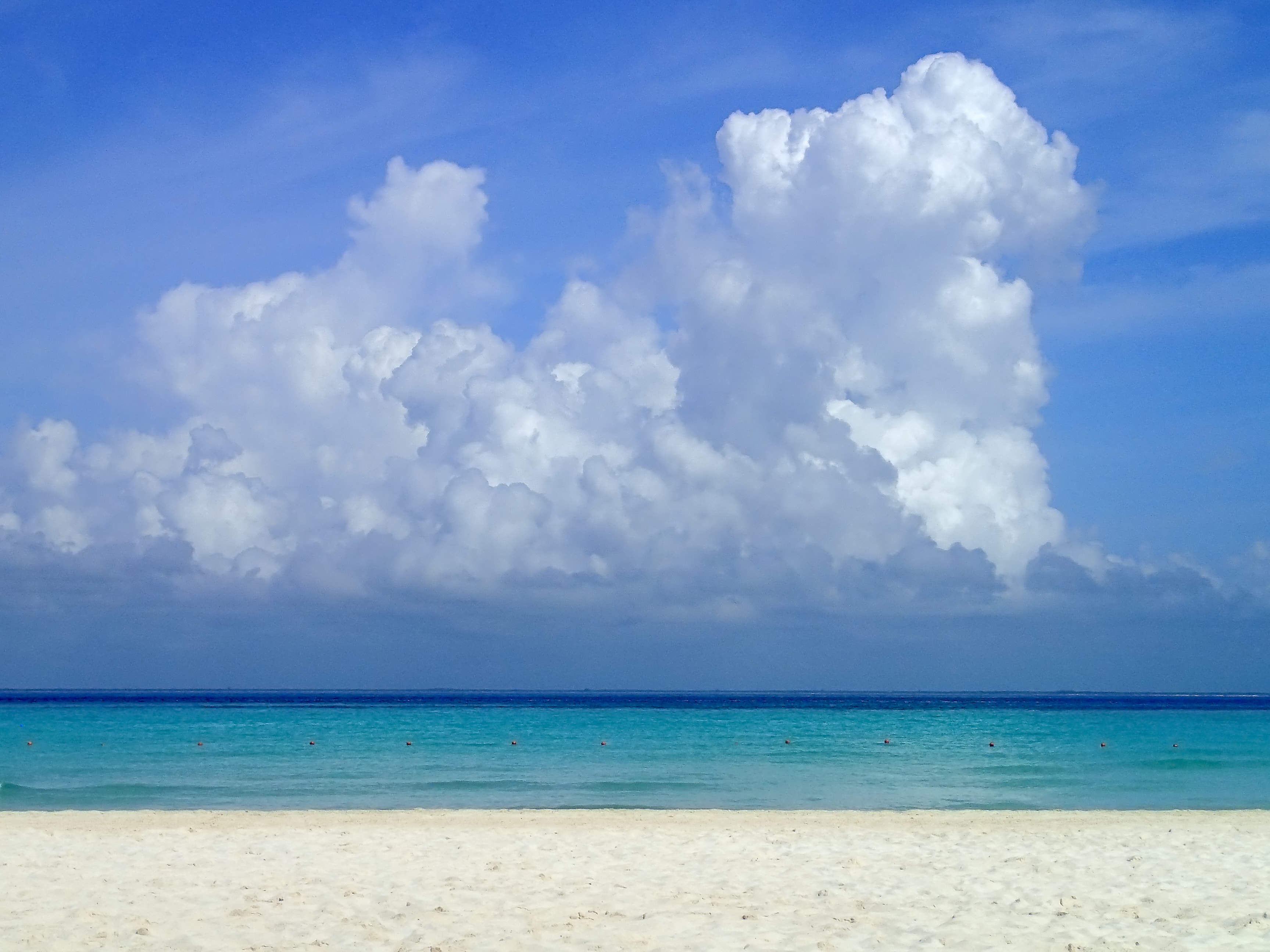 La Paz is a favorite of holiday makers and so it makes sense that one of the beaches in that region would be amongst the most beautiful in the whole country. Bahía Balandra is a serene, shallow water piece of the Mexican coastline, making it perfect for kids and those who aren’t great at swimming. Azure toned water teems with tropical, colorful fish that can easily be seen with a simple snorkel. Get there early to make the most of the sprawling surroundings before people start arriving.

Known in English as Lover’s Beach, Playa del Amor in tourist haven Cabo San Lucas ominously backs onto a beach named Divorce Beach. However, don’t let this put you off visiting. Playa del Amor ranks highly amongst Mexico’s top beaches and is perhaps the most well-known in Cabo San Lucas. Situated right next to the famous rock formation at the pinnacle of this peninsular region, it’s a beautifully romantic spot. Be careful when swimming, though and only enter the water in the Bahia de Cabo San Lucas area of the beach, as the Pacific is much more dangerous. 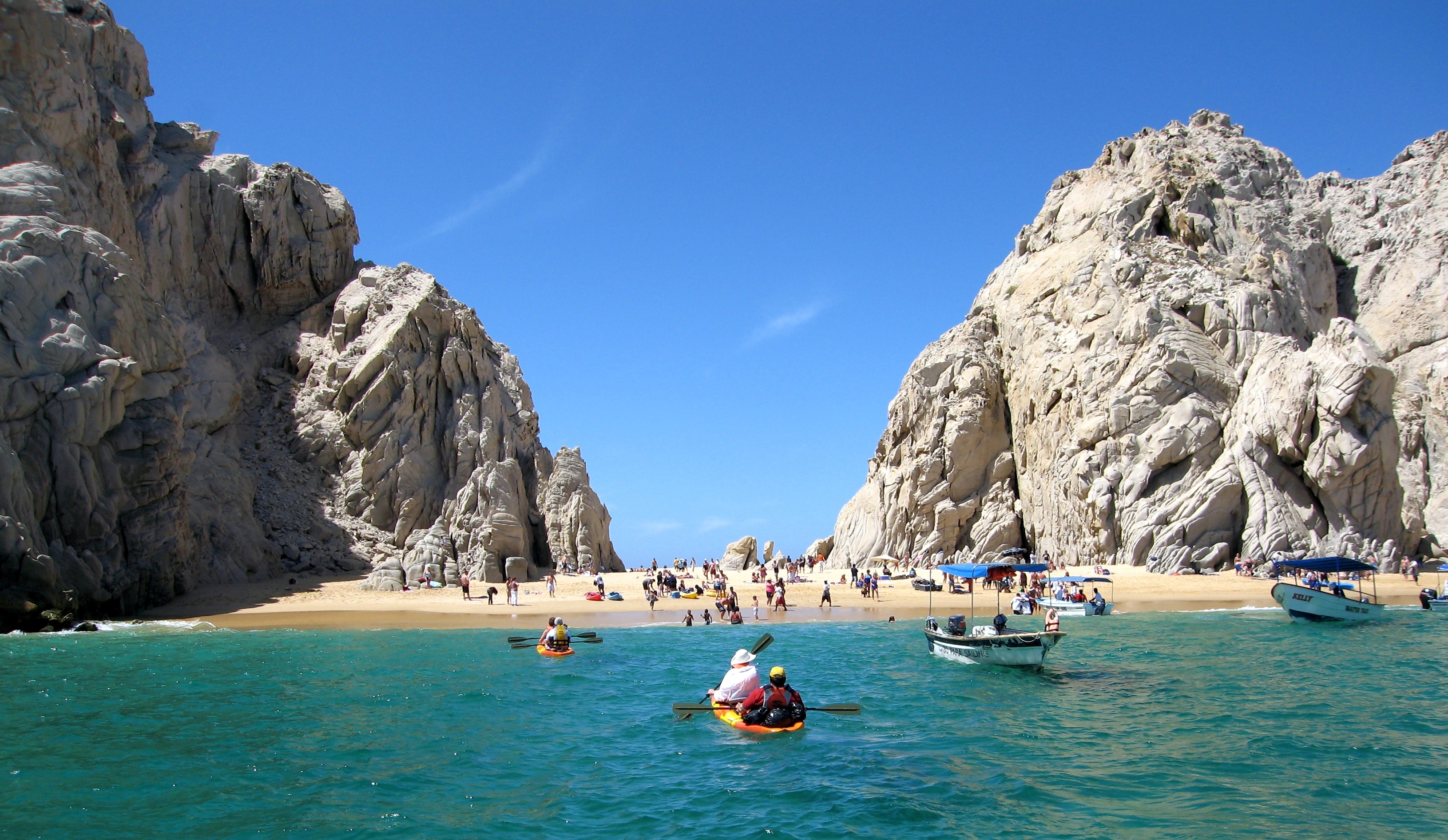 Another tourist favorite is Puerto Vallarta, Jalisco, which is situated on Mexico’s Pacific coastline. While Playa Los Muertos on the malecón usually grabs all the attention, venturing even a little further afield reaps big rewards in hot and humid Vallarta. Head instead to Punta Negra, a well-hidden and lesser frequented beach, further south than the historic town center. Bring your own beach umbrella and brush up on your Spanish since you’ll mainly find locals here. 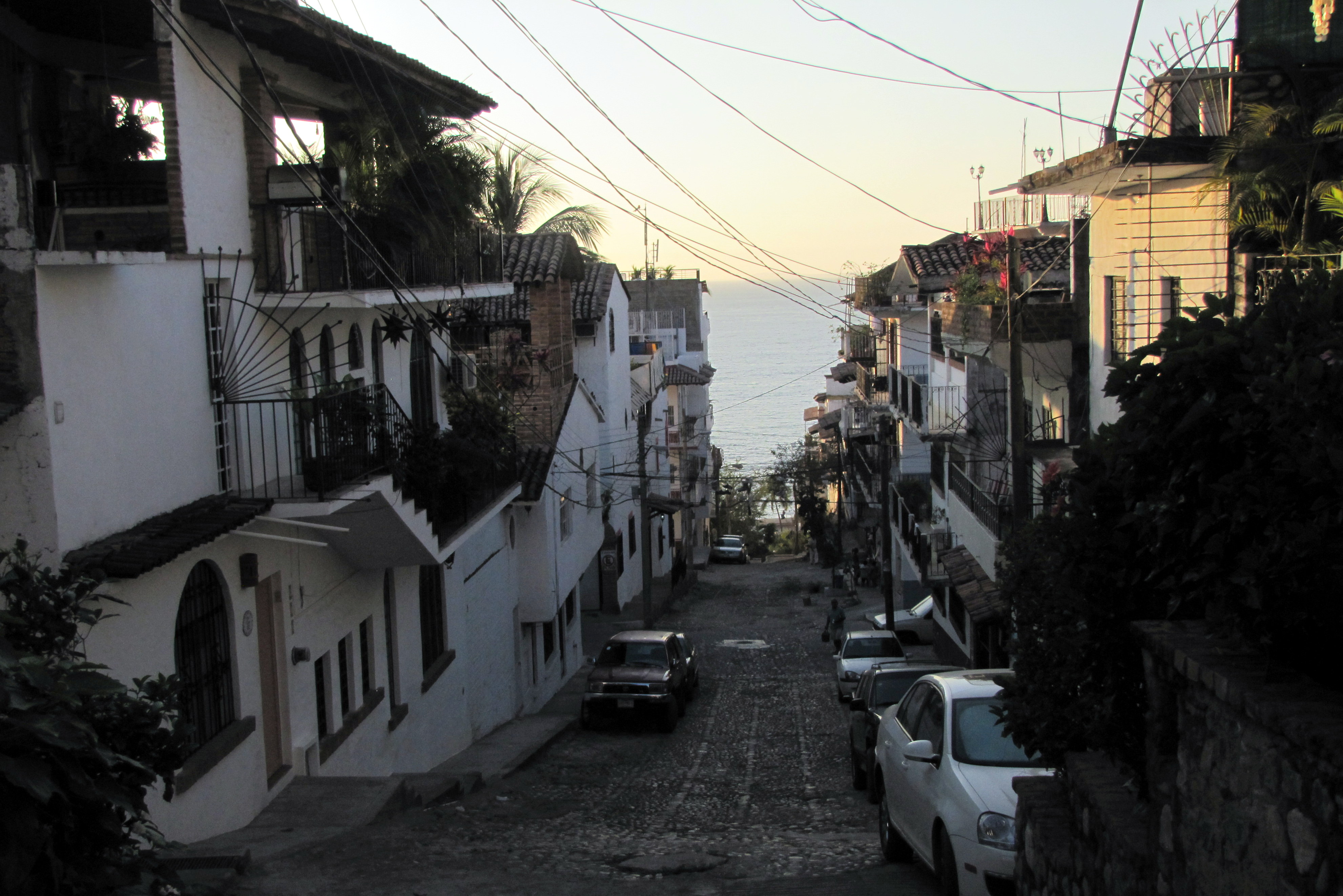 It would be a disservice to talk about beautiful Mexican beaches without mentioning Cancún at least once. Playa Maroma is one of the best on the Riviera Maya. Part of the Catalonia all-inclusive resort, this beach is a fine example of Cancún’s typical coastline conditions. Powder soft, fine sand and crystal clear waters gently lap away in the background, making for an overall feeling of serenity and peace. 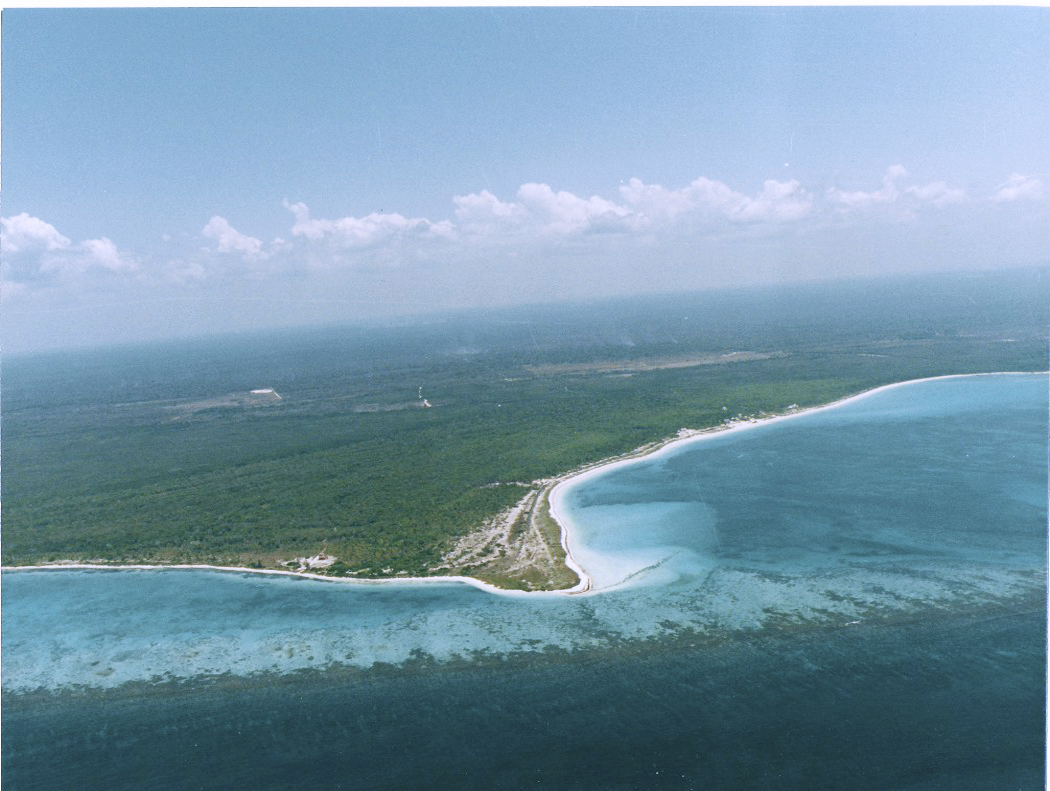 A second Puerto Vallarta beach and another that is often untouched by tourists, Playa Gemelas is made up of two small, twin beaches located south of the main center. These beaches are home to a turtle launching spot so you may be lucky enough to witness some releases into the wild. Practically private, piercing blue waters make for prime photo snapping opportunities, although bear in mind that due to the mountainous backdrop for which Vallarta is famous, access can be a little tricky. 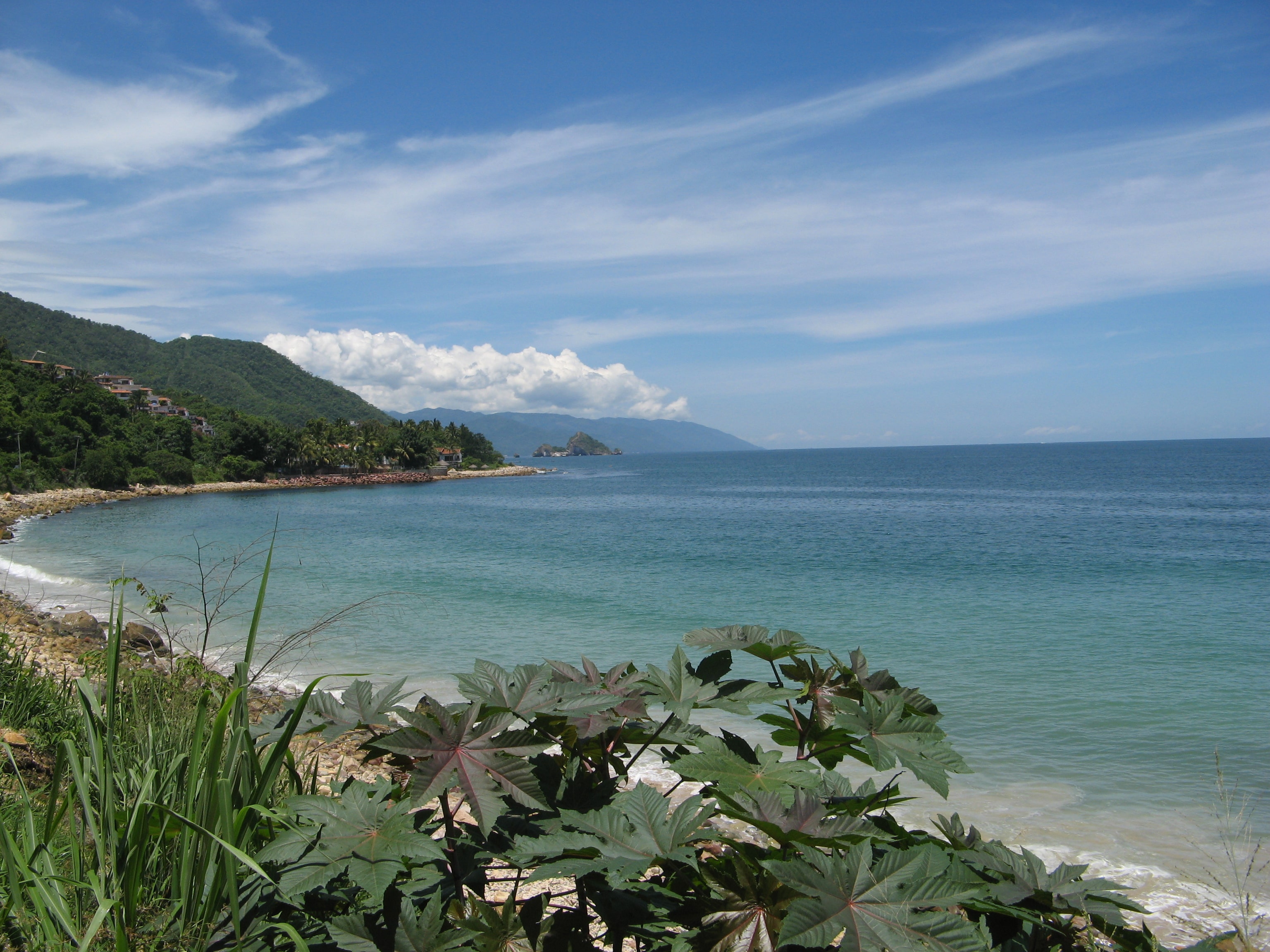 Our final beach is so rarely considered by tourists that you can’t even pinpoint it on Google Maps. Playa Piedra de Tlacoyunque is a mouthful of a beach located in the southern state of Guerrero. The selling point of this beach is the stone, for after which it is named. Rooted to the beach but jutting out into open water allows for the rock to be a haven for snorkelers who can expect to see any number of tropical fish. Enjoy the scenery with a typical pescado a la talla by the shore. 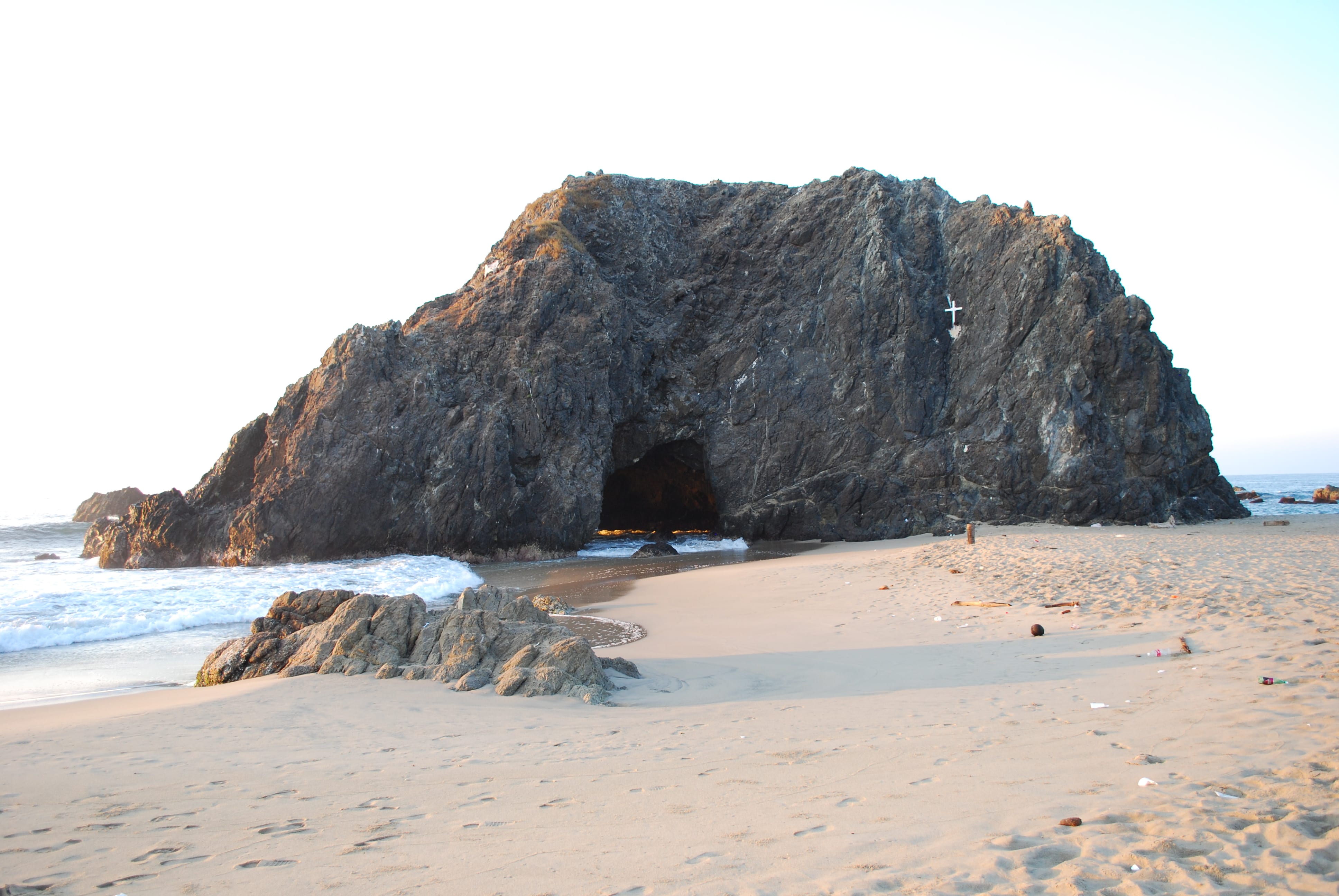