The 10 Spookiest Sites to Visit in Mexico 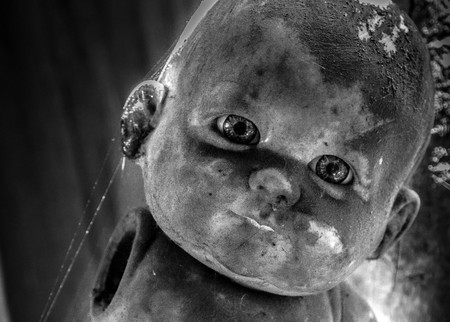 The Island of Dolls | © Kevin/Flickr

Whether it’s terrifying tales of weeping murder victims or whispering mummies, Mexico has plenty to offer visitors in search of the macabre. Here’s a rundown of 10 terrifying sites that will spook even the most fearless of travelers.

The Island of Dolls, Mexico City

This secluded area along the shores of Lake Xochimilco in Mexico City is believed to be one of the most haunted spots in Mexico.

Discolored plastic dolls hang from the branches of the island’s trees, many with missing heads or limbs. Don Julian Santana lived in the area for more than fifty years and began collecting the dolls to fend off evil spirits after he found the drowned body of a young girl in the lake. Following Santana’s death in 2001, the island became a major tourist attraction, with some visitors claiming to have seen the dolls move or talk. 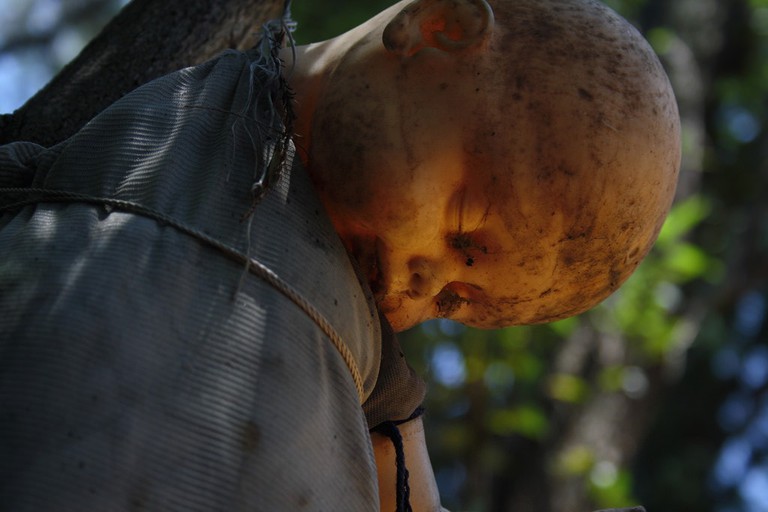 Rumors have swirled for years about this abandoned graffiti-strewn hotel in Mexico City. What is known for sure is that the formerly splendid building was the personal project of the business leader Fernando Saldaña Galván. While historians dispute the popular version of events, local legend narrates that Saldaña Galván hung himself in the hotel courtyard after his debts became insurmountable.

One of the underground chambers of the hotel is believed to be haunted by the ghost of a young girl who was found dead in the building. The site is not open to the public but those who have ventured into the hotel often leave gifts of candy at an altar in order to avoid her curse.

Even the public transport network in Mexico City is reputedly haunted. Many locals believe that the Tasqueña station is the spookiest spot on the metro. An elderly man reportedly haunts solo commuters waiting on the platform. But fear not – the ghost is said to be friendly. It is said that the man died during an assault at the station and is looking to protect passengers from a similar fate. 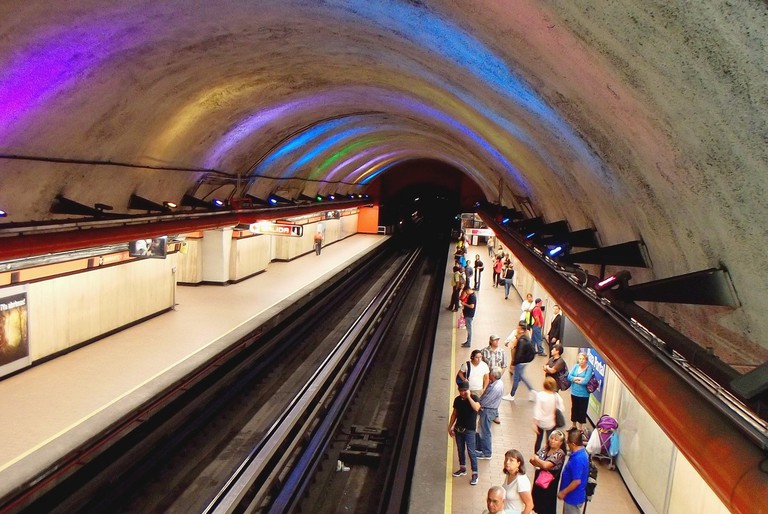 The Belén Cemetery in the center of Guadalajara is reportedly haunted by a diverse range of spooky entities. Legend says that some local vigilantes killed a vampire by driving a stake through his heart and buried the body in the cemetery. Months later, the stone slabs marking the burial spot were cracked and the stake had grown into a huge tree. It is said that if this Vampire Tree dies the monster will return to terrorize the city. Because of this the authorities have built a metal gate around the tree.

Visitors can tour the iconic cemetery grounds during the day or night. Tickets are sold in the cemetery office on Calle Belen from 10 a.m. to 3 p.m. Tuesday to Saturday. 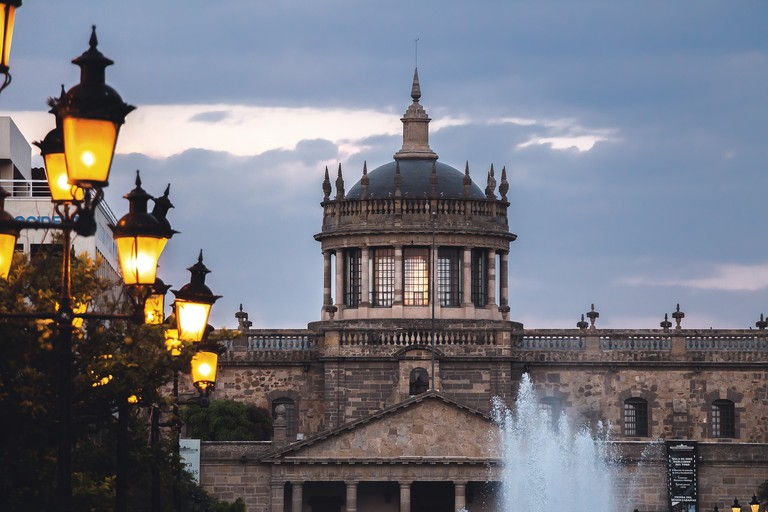 One of the most disturbing ghost stories in the country is the tale of Claudia Mijangos, who killed her three children in the central city of Querétaro in 1989 and claimed to have been possessed by a demon. Neighbors still say they can hear children screaming in the house and a bleeding boy is said to appear in the second floor window.
Hacienda Vegil 408, Jardines de la Hacienda, Querétaro, Querétaro, Mexico

The rainforests of Quintana Roo

According to indigenous legends, a ghostly specter known as Juan del Monte inhabits the jungles of Quintana Roo. Reportedly, the mysterious creature imitates human voices to lead wanderers astray. According to another interpretation of the folkloric legend, Juan del Monte is actually benign and is working to protect the forest from threatening intruders. 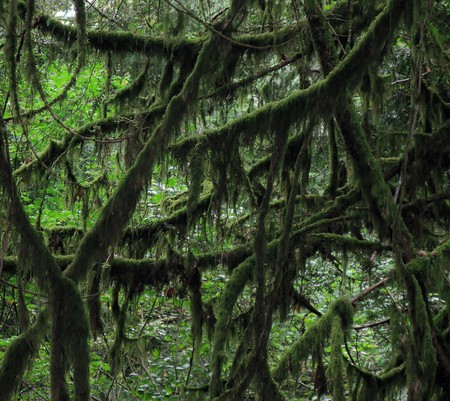 The small primary school in the coastal city of Santa Rosalía is the subject of an enduring legend. According to the story, a young boy was playing with marbles in the girls’ bathroom when he accidentally swallowed one, choked and died. To this day, schoolgirls report hearing laughter and the clinking sound of glass marbles in the bathroom.

Unsurprisingly, the central city of Guanajuato’s most eccentric museum has sparked ghostly rumors. The eerie collection of accidentally mummified bodies were discovered in the local cemetery and are now on display in the museum. A unique combination of mineral-rich soils and an extremely dry climate triggered the mummification process. According to local gossip, the perfectly preserved bodies have been known to move, whisper and weep. 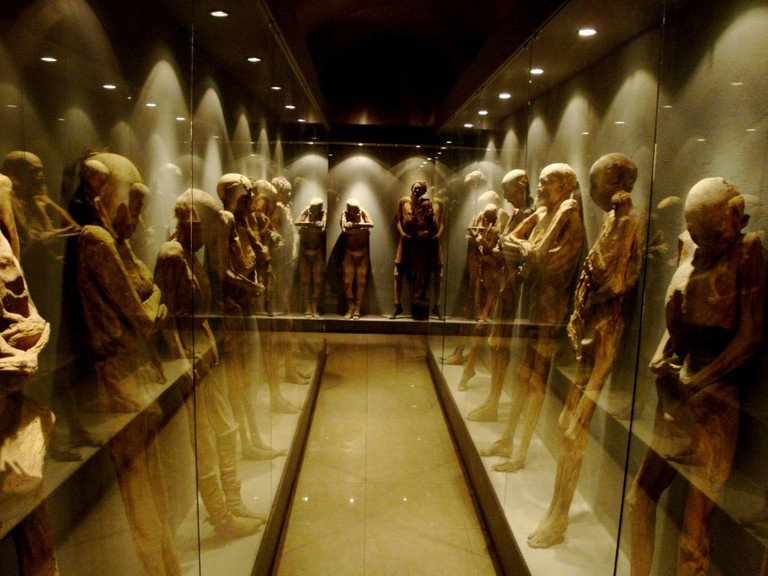 According to an urban legend, this abandoned modernist mansion just outside the northern city of Monterrey is haunted by the ghost of an 11-year-old girl who committed suicide by jumping from the top window of the building. Popularly known as the Casa de los Tubos, or House of the Tubes, because of its unique spiraling design, several builders also reportedly died during its construction.