The 10 Best Yoga Studios To Try In Mexico City

Artsy yoga | © Bär Baer/Flickr
Be honest, how many of you are planning on adding ‘take up yoga’, or ‘get back into yoga’ to your list of New Year’s Resolutions? There’s a good reason so many people vow to take up this fantastic activity, given that it can destress the mind and strengthen the body all at the same time. If you’re keen to get in shape this new year, here are the top 10 Mexico City yoga studios you need to check out.

Named one of Travel + Leisure’s top world yoga studios, AgoraLucis has quite the reputation, but for all the right reasons. Situated in the upscale Mexico City neighbourhood of Polanco, known for having a swathe of spas, gyms and dining hotspots, you can dip your toe in many pools of health and wellbeing at this all-in-one centre. From Capoeira and Tai Chi to massage and yoga, this is the perfect studio for the ambitious among you, who want to give everything a go. 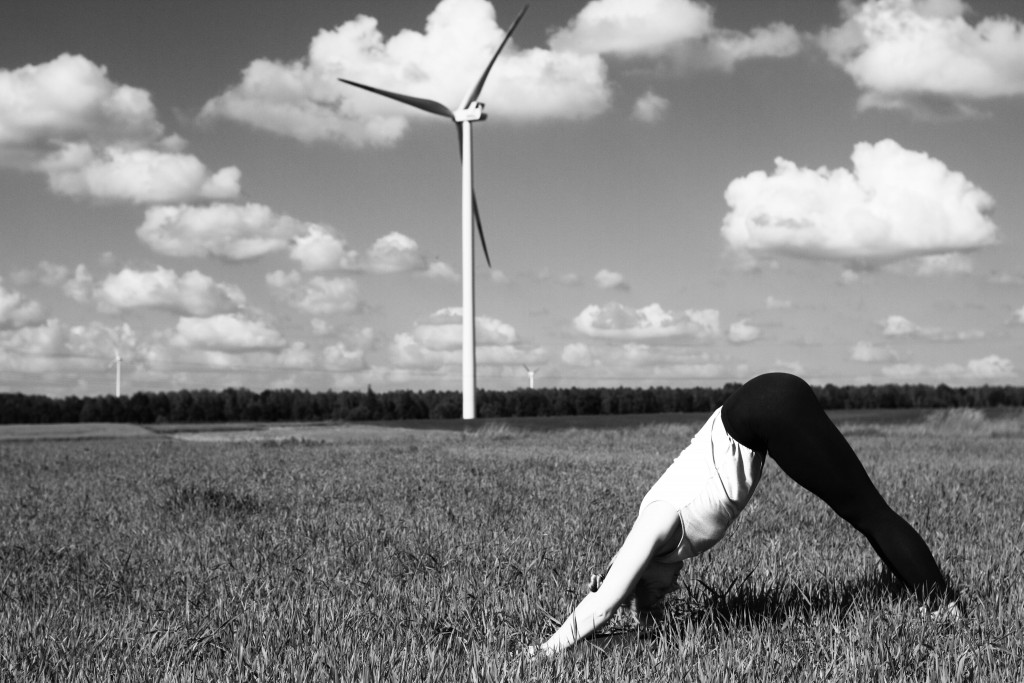 Originating in Boston, the concept behind O2 Yoga studio was brought to Mexico City by Stephany Weingerz and now has two branches in arguably two of the capital’s most high-end locations, Santa Fe and Polanco. For Vinyasa fans, O2 might just be the place for you given that they specialise in this dynamic and challenging style. However, there are many other classes to choose from if you want to ease yourself in to the yoga scene. Refresh yourself pre- or post-class with a juice from the onsite juice bar. 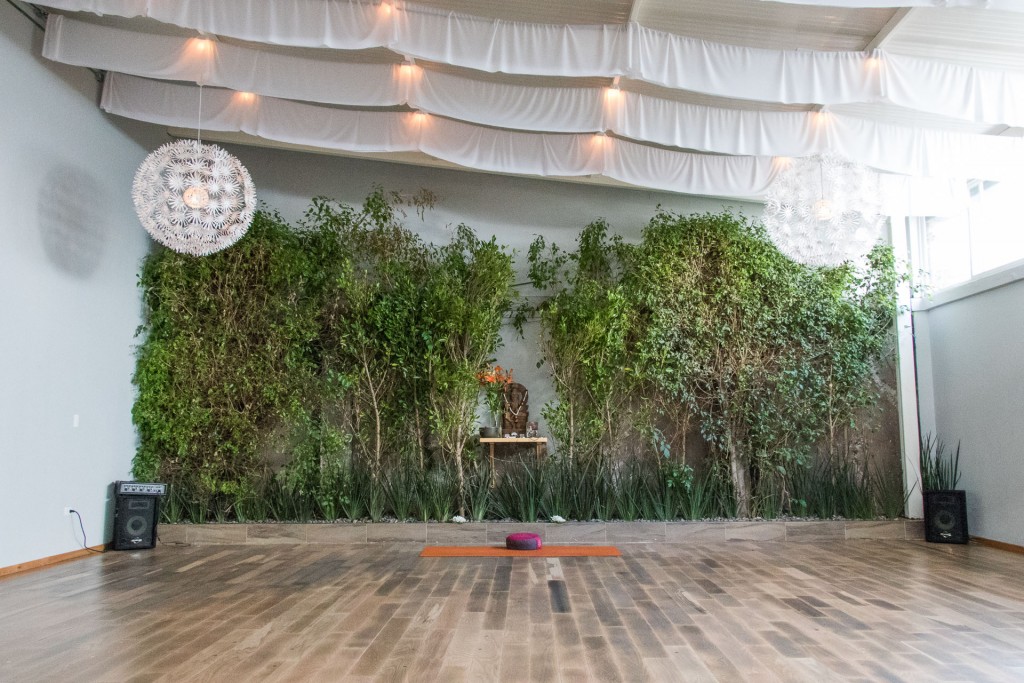 The yoga space in Polanco | Courtesy of O2 Yoga

A range of classes is also on the schedule at Green Yoga, which has several branches across Mexico City all offering the same high level of teaching, guidance and services. Their mission is to bring yoga to the masses, and as such they offer level-based sessions meaning everyone from beginners to advanced pupils will find something for them at Green Yoga. We recommend paying a visit to the Condesa branch and trying your hand at some Ashtanga or the intriguing sounding Air Yoga. 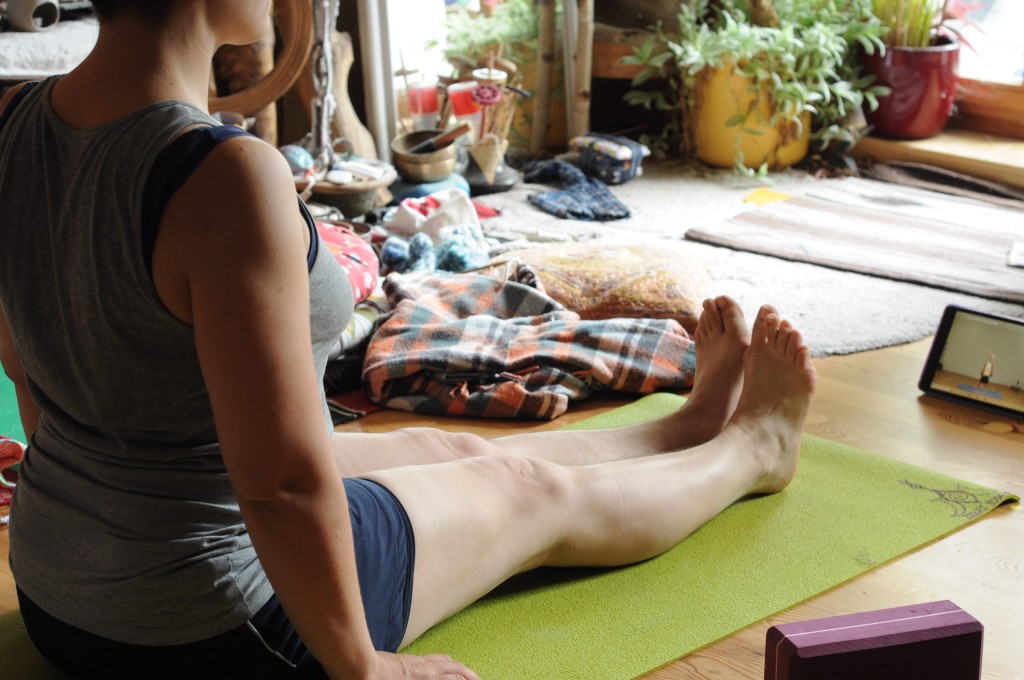 Yoga Studio, Park
Los Viveros de Coyoacán is a picturesque destination in Mexico City as it is, visited by thousands of travellers and locals annually. Instead of just wandering around though, why not partake in a free, beginner’s yoga class there, next time you’re passing through? The classes are run every Saturday and Sunday by qualified teachers from the nearby Templo Chan yoga studio and while free, the suggested donation for taking part is MXN$50, but the experience is surely worth the investment.
More Info
Open In Google Maps
Hogares de Castera San Pablo de las Salinas, Estado de México, 54920, Mexico
View menu
Visit website
Visit Facebook page
Send an Email
Give us feedback
Mon:
10:00 am - 5:00 pm
Tue:
10:00 am - 5:00 pm
Wed:
10:00 am - 5:00 pm
Thu:
10:00 am - 5:00 pm
Fri:
10:00 am - 5:00 pm

Yoga Studio
Another donation-optional yoga studio is Roma Norte’s Power Flow Yoga studio. One great thing about Power Flow is that all the equipment is provided, although if you’re not keen on sharing mats with strangers, bringing your own is also allowed. Furthermore, the 90-minute classes are perfect for every level from the absolute beginner to more advanced yogis and the atmosphere is more than welcoming. If you want to keep abreast of their upcoming events and yoga sessions, you’re best off joining their private Facebook group.
More Info
Open In Google Maps
17 Uruapan, Roma Norte Ciudad de México, Ciudad de México, 6700, Mexico
+525522992191
View menu
Visit website
Visit Facebook page
Send an Email
Give us feedback

The studio walls at Blanco Yoga are appropriately and rather pleasingly white, which undoubtedly helps in your pursuit for inner peace during a yoga class at this well-recommended yoga hotspot in Mexico City. With a wide choice of yoga styles to indulge in, from Dharma and Vinyasa to Hatha and Ashtanga, you’ll certainly not find yourself at a loss regarding what to take. They also offer excellent prenatal, antenatal and mother and baby yoga classes too. 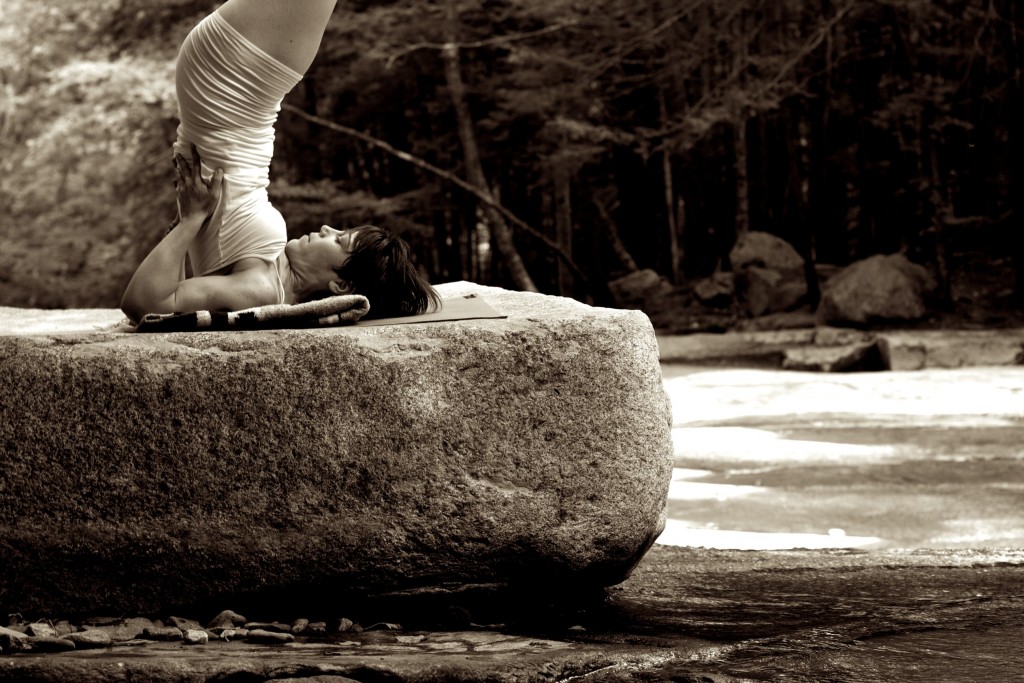 School, Yoga Studio
The peaceful art of yoga and some rather more active martial arts join forces at Centro Kiai, but the real selling point of this yoga studio is the 75-minute long antigravity class they offer. Only 13 students maximum are allowed to attend these sessions, guaranteeing everyone the attention the both need and deserve. During the class, you’ll be suspended from a hammock-like object, allowing you greater opportunity to get the blood flowing and try out that headstand you’ve always wanted to master.
Looks like it's closed Hours or services may be impacted due to Covid-19
More Info
Open In Google Maps
603 Lamartine, Polanco, Polanco V Sección Ciudad de México, 11560, Mexico
+525536407305
View menu
Visit website
Visit Facebook page
Send an Email
Give us feedback

Classic yoga styles like Vinyasa and Ashtanga can be found at Inspira Yoga, which is considered one of Mexico City’s most upmarket yoga studios. Having said that, even with the typical styles offered, one of the best classes you can take part in at Inspira Yoga is undoubtedly their Acroyoga session. You’ll be treated to an incredible mixture of acrobatics and yoga that you never thought possible; the physicality of the former merges seamlessly with the teachings and principles of relaxation promoted by the latter. 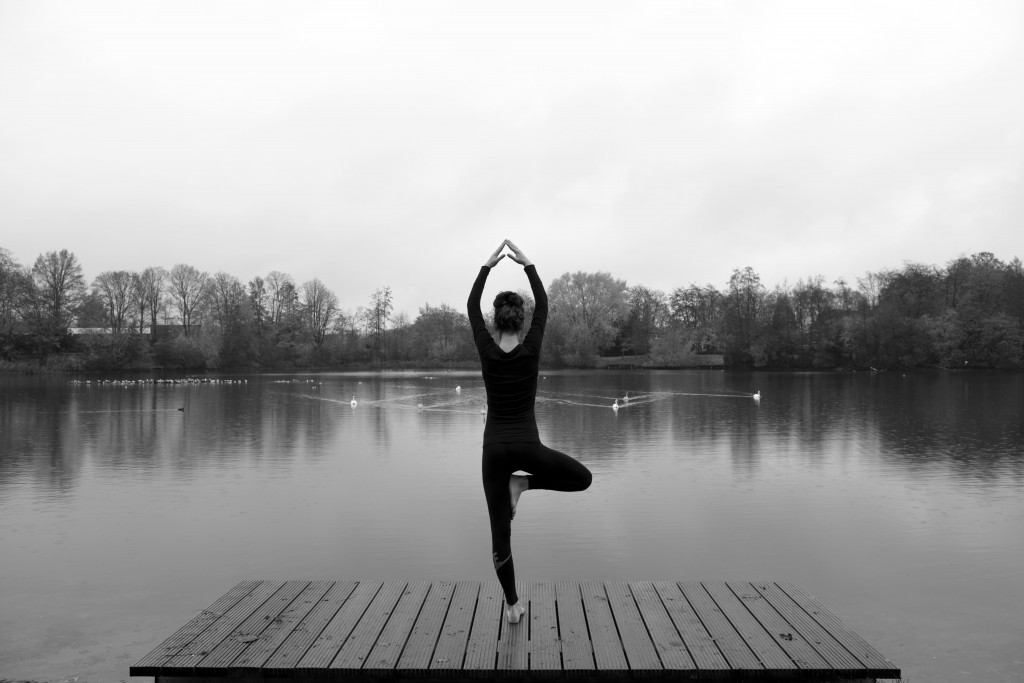 So technically Diana Cazadora is not the name of a Mexico City yoga studio (that we know of); rather, it’s the name of one of the capital’s most famous landmarks, as well as the site of a weekly (every Sunday at 8.30am), outdoor yoga class. If you’re just passing through the city and don’t fancy paying large sign up fees for a traditional studio, then having a go at open-air yoga might be the perfect solution. Take your own mat and some water, and enjoy the community spirit. 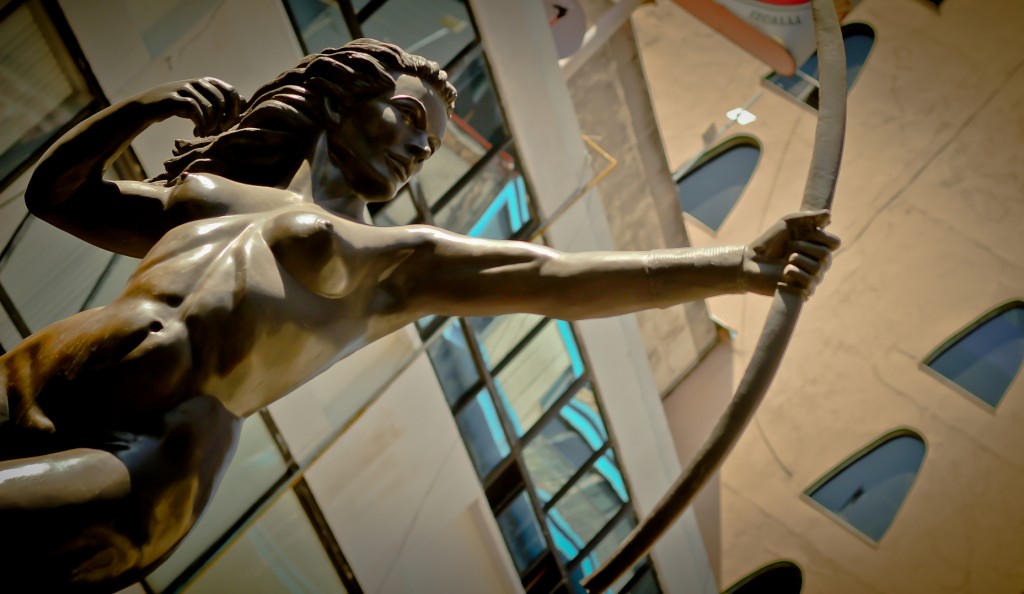 Finally, the excellently named Jellyfish Yoga Center is the place to be if you want to give hot yoga, a.k.a. Bikram yoga, a go. All the celebrities are doing it, after all… The hot room at Jellyfish Yoga Center reaches a temperature of 42 degrees celsius and the sessions last for 90 minutes, plus a cool quirk of this spot is their rotating roster of international yoga teachers, meaning you might be taught by a Texan, a Brit, or even a Spaniard. Just make sure you bring a towel for that all-essential post-Bikram shower. 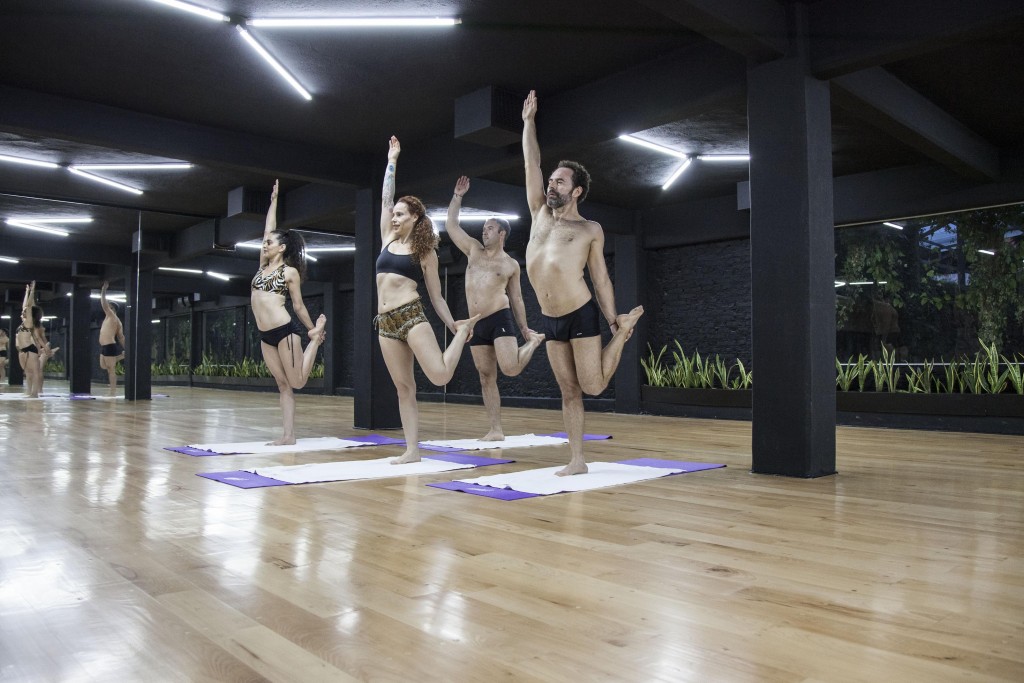