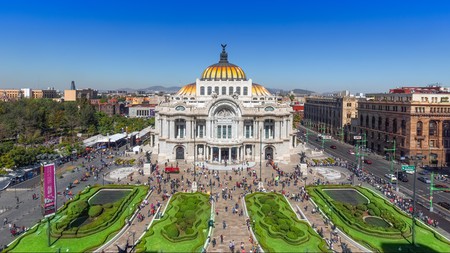 A trip to the historic downtown of Mexico City may bring to mind tacos galore and stalls slinging street food. While you can find all that and more here, there are also French bistros, Thai restaurants and an entire Chinatown waiting to be discovered.

Centro Histórico is the beating heart of Mexico City, home to the Zócalo, Palacio de Bellas Artes and the Monumento a La Revolución. After shopping at La Ciudadela artisan market or admiring the frescoes adorning the Catedral Metropolitana, you’ll definitely have worked up an appetite. Duck into one of these top restaurants for a meal you won’t forget in a hurry.

Start your morning with a Mexican breakfast taco. And no, it’s not what you’re thinking – no bacon, egg and cheese here. This locale slings traditional tacos de canasta, literally “basket tacos,” due to commonly being served by street stands from a basket to keep them warm. You can pick a variety of fillings, such as chicarrón (fried pork) or mole verde, paired with a fresh licuado (smoothie). Plus, it’s just a block from the Bellas Artes building. 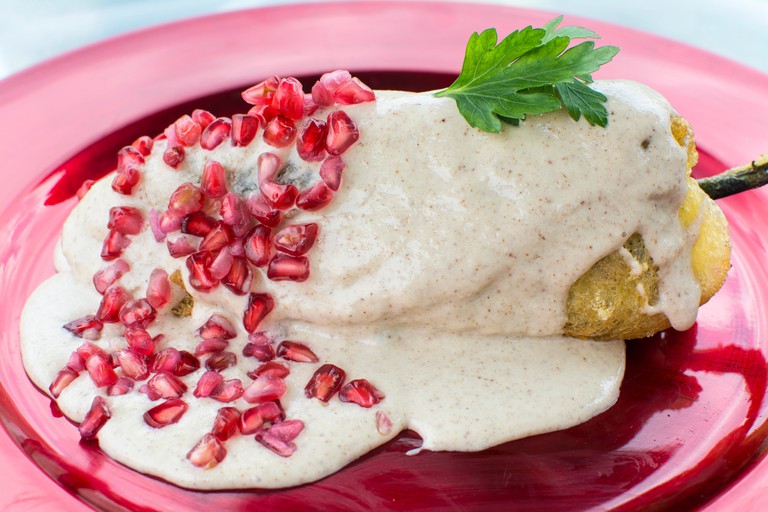 © RooM the Agency / Alamy Stock Photo
No matter the time of year, you’ll want to order the chiles en nogada at the Hostería de Santo Domingo. Typically a dish reserved for the Mexican Independence Day festivities in September, chiles en nogada is made of meat-stuffed green poblano pepper, white nut sauce and red pomegranates to represent the country’s flag. This space was once part of the Santo Domingo convent next door, but since 1860 has been host to chilangos (Mexico City residents) of all stripes looking for a hot meal.

To find the best food in town, follow the locals. Many come here during their lunch breaks for spit-roasted tacos al pastor or a breaded milanesa torta, both topped with a fiery homemade salsa. It’s easy to find, close to the Isabel la Católica metro station, while also perfect for getting lost among nearby used bookstores, boutiques and centuries-old churches. 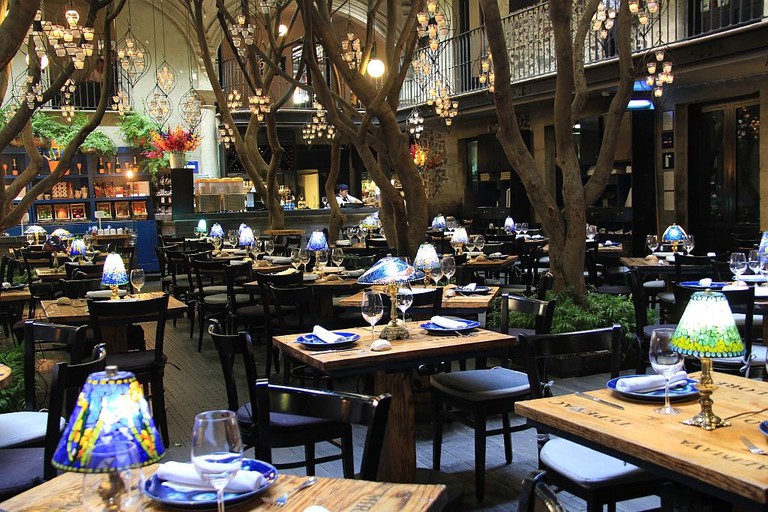 El Centro’s crème de la crème can be found two streets from the Zócalo, the city’s main square. Azul Histórico is an upscale restaurant known for offering regional dishes from all over Mexico, like cochinita pibil from the Yucatán and enchiladas de mole negro from Oaxaca. The venue’s interior is noteworthy as well, considering it’s mostly outside – an open patio with a number of winding trees, lit with colored lights and candles, providing shelter from the elements.

With a restaurant that’s a French bistro in the morning and a Thai joint in the afternoon, El 123 is a cheery spot among the towering buildings that line the block. If you come for brunch, try out the croque monsieur or French toast. Hit up El 123 later on and you’ll want the spicy tom yum soup or totomankai, a Thai-style squid meatball served with red curry and sweet chili sauce. Don’t leave without taking a peek at the rotating art gallery upstairs.

A hidden gem just a block away from Mexico City’s Chinatown. This vegetarian restaurant’s name means “The best in El Centro” – and it certainly lives up to it. El Mejor del Centro serves up typical four-course meals – called comida corrida in Mexico – swapping meats for soy or wheat proteins, mushrooms and potatoes. While the menu changes daily, expect fresh fruit or salad, a creamy soup, two small main dishes and a fruity dessert, served with tea. 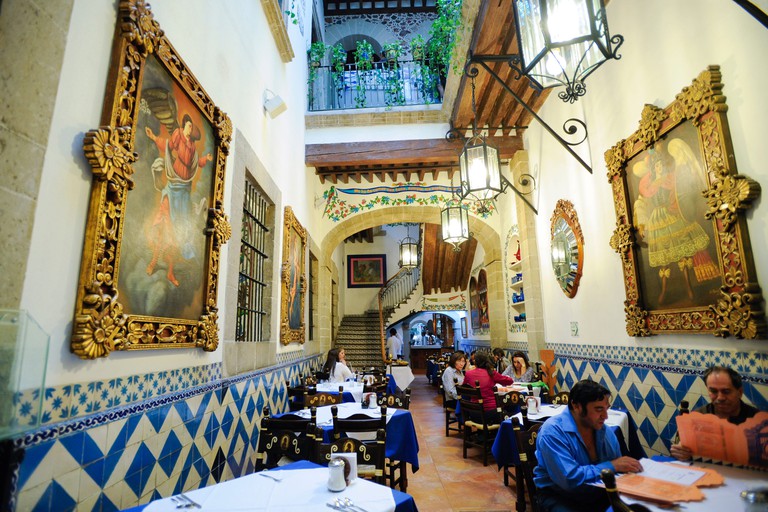 © Cathyrose Melloan / Alamy Stock Photo
Arguably the most famous restaurant in Mexico City’s historic downtown, Café de Tacuba has been serving traditional meals to the city’s elite for more than a century. Diego Rivera even had his first wedding reception here, pre-Frida. This is where you’ll want to try out one of the 100-plus classic dishes like enchiladas, tamales or cecina adobada. For dessert, don’t miss a honey-drizzled buñuelo or sweet concha paired with a latte. 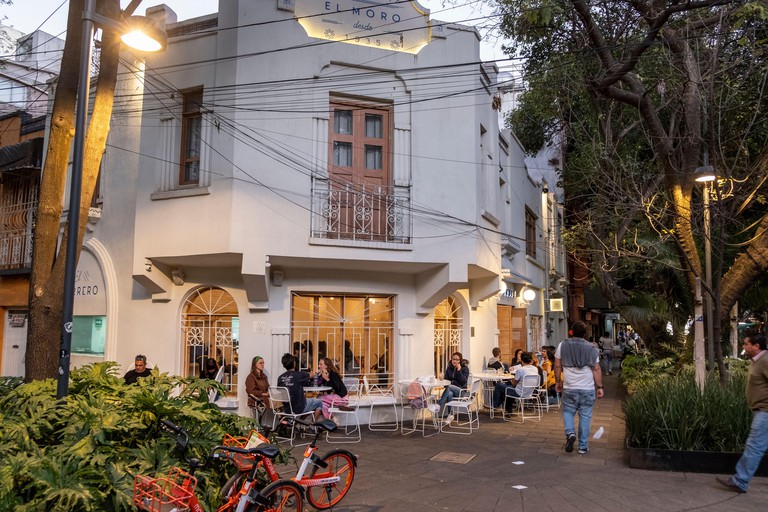 Speaking of dessert, a stop at Churrería El Moro is a must. While there are several locations throughout the city, including a spot next to the leafy Parque México in La Condesa, this is the flagship that’s been putting out piping-hot churros since 1935. It’s lined with Spanish tile and employees dress in old-school uniforms, showing just how long El Moro’s been in the neighborhood. Order a hot chocolate to dunk your churros in, available in seven flavors. If you’re still hungry, try out a torta de pastor from the stand outside.

Looking for somewhere to stay? Book into one of the hotels in Mexico City that you’ll be talking about forever, or treat yourself to a luxury boutique hotel stay. Inspire your itinerary with the must-visit attractions in Mexico City, including the most iconic landmarks for first-time visitors. And don’t forget to soak in the skyline of Mexico’s capital with a drink at its best rooftop bars.