The 10 Best Places To Try Pulque In Mexico City

Las Duelistas | © Thaiza Pedroso/Flickr
Mexico and alcohol go hand in hand at times — tequila, anyone? Or perhaps some mezcal if you’re feeling a bit alternative. However, many people neglect pulque, the metaphorical weird cousin of Mexico’s alcohol scene. Due to its temperamental nature, transporting it is difficult and storage even harder — nevertheless, Mexico City has some of the country’s best pulquerías. Here are ten places at which to try this odd beverage.

At the Feria del Pulque

What better place to start with than at a food fair dedicated to this oddly healthy and often off-putting, foamy drink? On Saturday, October 29th and Sunday, October 30th 2016, see Mexico City playing host to a pulque fair. If you’re around and keen to try, you should definitely check it out! Due to the fact that they’re combining the celebrations with Day of the Dead, you can also take the opportunity to take a look at the ofrendas and enjoy some live music, as well as try out this artisanal bebida. 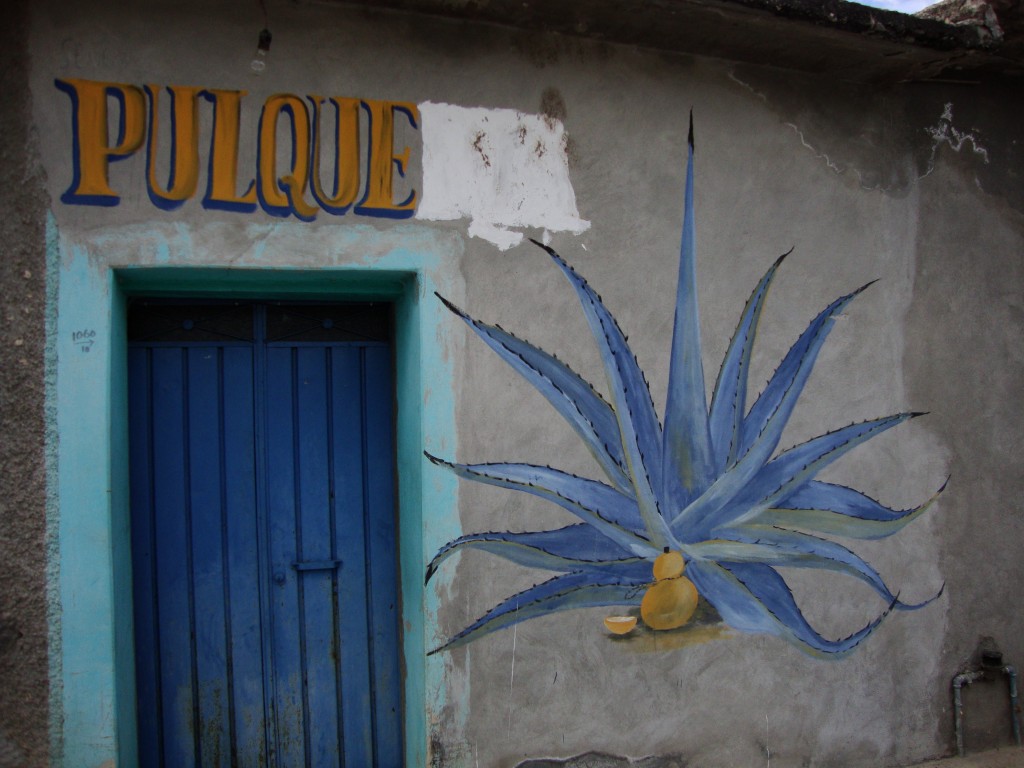 In the absence of a temporary pulque fair, you can’t go wrong with stopping by the legendary La Hija de los Apaches. This excellent pulquería is owned by ex-boxer Epifanio Leyva, also known as El Pifas, and serves up a variety of traditional pulques as well as flavoured curados. You know La Hija de los Apaches is a decent pulquería simply because people of all ages and genders can be spotted drinking there. Plus, the music isn’t controlled by a DJ, but by a jukebox!

Easily the city’s most famous pulquería, Las Duelistas is perhaps one of the oldest, too. Having been established way back in 1912, it’s still going strong; however, the vibrant, intricate murals that cover every square inch of wall space in the interior give us the impression that it’s been spruced up at least once since it’s inauguration. Recently, the owner claimed business was booming, and it’s clear why — unusual flavors such as mint, coffee and even red wine ensure repeat customers. 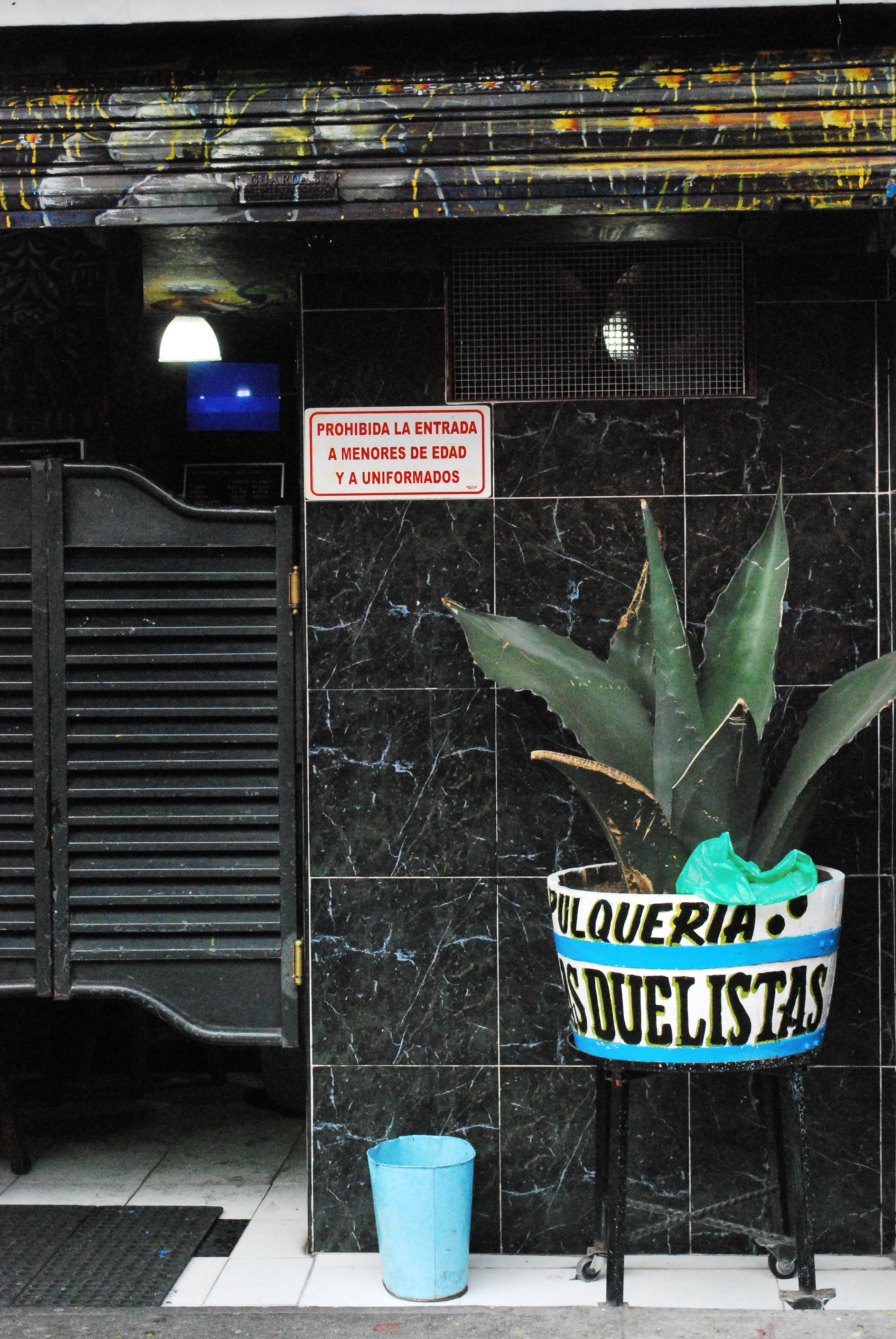 Bar, Pub Grub
Colonia Portales’ oldest pulquería,La Paloma Azul, is a long-standing favorite of a bar with a striking interior. Much like Las Duelistas, the interior walls are dominated by a colorful mural that depicts the process of collecting the aguamiel used to make pulque;very on theme, if nothing else, much like the often tipsy clientele. The most highly recommended curados(flavored pulques) are easily pine nut or tomato.
Looks like it's closed Hours or services may be impacted due to Covid-19
More Info
Open In Google Maps
154d Avenida Popocatépetl, Portales Norte Ciudad de México, Ciudad de México, 3300, Mexico
+525556885662
View menu
Visit website
Visit Facebook page
Send an Email
Give us feedback

Apparently nicknamed the Pulque Cathedral, El Salón Casino gets pulque delivered daily from Tlaxcala, one of the premium producing regions. Having opened in 1928, this place continues to be a favorite on the pulque trail for both locals and visitors and offers a handful of special touches that set it apart; first of all, all its glasses are taken from the freezer before being filled to the brim with pulque and they sell frozen aguamiel on weekends. Unmissable.

Another excellently central pulque location is La Hermosa Hortensia, one of the most well-known of the city’s pulquerías due to its popularity and renown reputation with foreign travelers. Here, the curados are made fresh daily and therefore have a rotating seasonal choice of flavors (although, again, the nutty versions are highly recommended). As an added bonus, the atmosphere is second to none — while many pulque joints are still hostile towards women and children, this place makes everyone feel welcome. 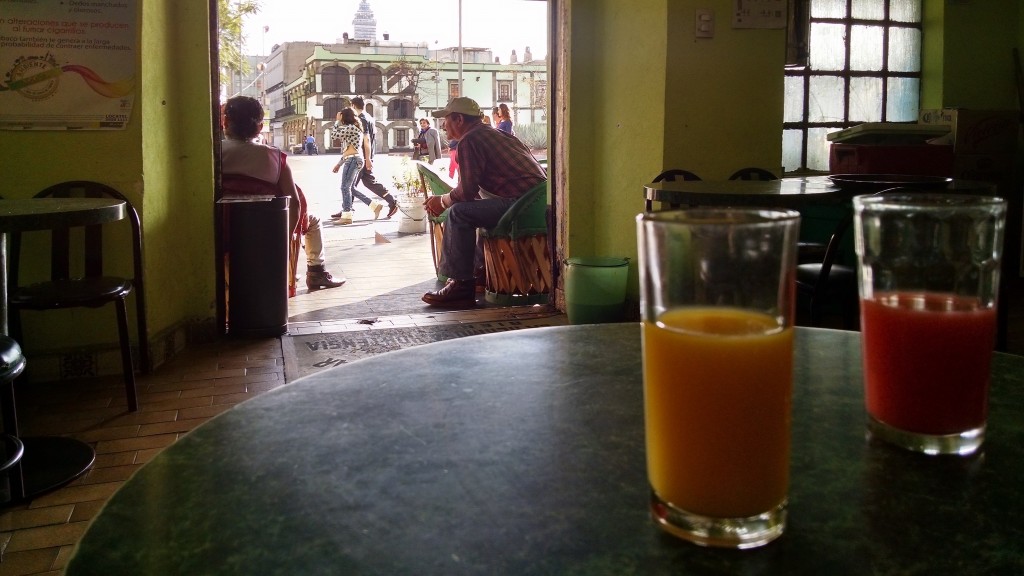 Bar, Pub Grub, $$$
Not your typical pulquería,this popular Roma based spot serves up the once shunned, sticky pulquesubstance that so many are seeking out nowadays. Formerly a residential building, which itself was once a gay bar, the four story Expendio de Pulques Finos Insurgentes (better known as Pulquería Insurgentes) has a modern take on this centuries old tradition. Rather than drunk old men, eclectic music and hipsters are abound at this cool, open daily hangout.
Looks like it's closed Hours or services may be impacted due to Covid-19
More Info
Open In Google Maps
226 Avenida Insurgentes Sur, Cuauhtémoc Ciudad de México, Ciudad de México, 6700, Mexico
+525552070917
View menu
Visit website
Visit Facebook page
Send an Email
Give us feedback

While there are several iterations of Pulquería La Gloria throughout Mexico City, many attest to the fact that the Iztapalapa branch is the best. Expect to see old Mexican men listening to traditional music and knocking back the house specialty of pine nut pulque. Tread carefully if you plan on visiting though, as it remains one of the more traditional pulquerías (i.e. there probably aren’t any women in sight) and it is also somewhat off the tourist trail in the lesser-visited Iztapalapa neighborhood.

Given that the name of this pulquería literally translates to ‘Fearless Men’, you’d be forgiven for anticipating a den of macho attitudes — and you also wouldn’t be too far off the mark. Having been open for more than 80 years, Los Hombres Sin Miedo is a favorite of the Iztacalco residents and might be less than welcoming to vast bands of tourists. Having said that, its pulque from Hidalgo and the flavored curados it makes from the base product are reliably excellent.

Our final suggestion is another pulquería tucked away in a lesser frequented Mexico City neighborhood – this time, it’s Xochimilco. While many know the area for its famous trajineras, its pulque isn’t too shoddy, either. Hidden away on a side street, the highly traditional yet diverse Nomás No Llores makes the perfect place to drop by after you’ve taken a ride on the canal boats or if you just fancy one of their famed oat curados.