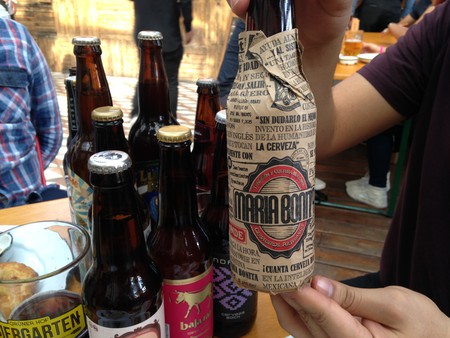 The craft beer phenomenon has spread like wildfire around the globe in recent years and Mexico is no exception. If you’re wondering what brands offer up the best craft ales and beers in Mexico, you’ve come to the right place – here are our top ten.

Arguably the biggest name on the Mexican craft ale scene the Querétaro-based Tempus brand has an excellent variety of widely available and popular brews. From their award-winning Tempus Dorada with faint notes of honey, to their rich, dark Tempus Doble Malta or the subtle oakiness of the Tempus Alt Clásica. They use traditional brewing methods to achieve a delicious final product, so if you want a reliable Mexican craft ale this is the brand to go for. 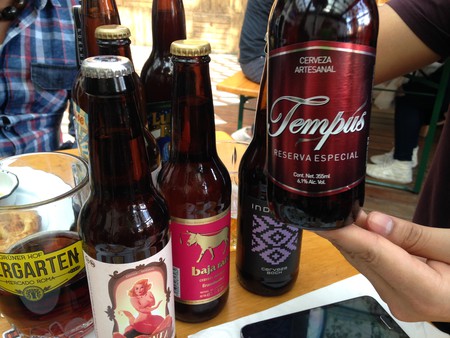 From a giant of the craft ale scene in Mexico to a relatively fresh face on the block, the 100% Mexican María Bonita doesn’t just shine for its exquisite taste and flavour, but also for its commitment to supporting indigenous communities in Mexico. Each bottle comes individually hand wrapped in their trademark elaborately decorated brown paper packaging, made by local indigenous people. The brand currently boasts four beers ranging from the María Bonita Blonde right up to the María Bonita Porter.

A small microbrewery that offers beers with big flavour, Texcoco Mystic Ales is situated in Texcoco, Estado de México. Due to its petite size, it currently only offers a handful of beers – the Agonía/ Psicosis IPAs; Demencia, a black IPA; Báthory, a rich coffee stout; and finally, Exquizofrenia, a triple IPA. If you’re a fan of supporting small breweries, then Texcoco Mystic Ales is absolutely the one you should be hunting down while in Mexico. 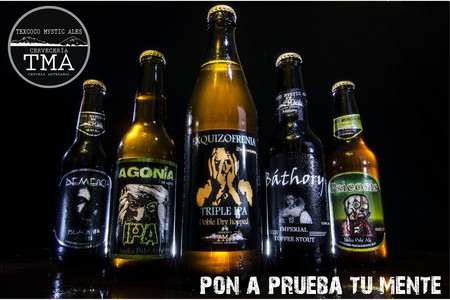 Along with the aforementioned Tempus, we think it’s fair to say that Minerva – the Jalisco-based craft ale giant – was one of the pioneers of the trend at a national scale in Mexico. In fact, they’ve been on the scene for 12 years now and show no sign of slowing production on their rotating repertoire of special editions and their eight permanent brand fixtures. We highly recommend the Minerva Viena, but it really depends on your beer tastes; they have everything from pale ales to imperial stout. 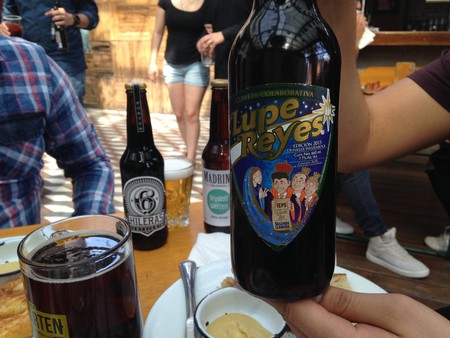 Of all the Mexican craft ale brands, award-winning Rámuri is perhaps the one with the most intriguing names for their creations, such as their amusingly titled, chocolatey Lágrimas Negras (Black Tears) Oatmeal Stout to their La Rubia del Templo Belgian Blonde Ale. They are also known for having perhaps the most unusual beer varieties on offer. For example, beyond the two mentioned already they have five other styles which range from barley wine to Russian imperial stout.

This Mexico City based brand was founded by three brothers with a passion for great beer, who have since managed to create some of the best craft ales on offer in Mexico. Seis Hileras works with simple but top quality ingredients, taking inspiration from Mexico’s 20th century past, when things were about quality rather than price. While they only have a few options on their books at the moment, you can enjoy their Seis Hileras Porter (which goes great with red meat and chocolate) or their Bitter (which is better with seafood). 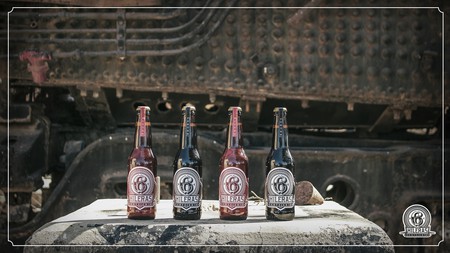 Hailing from the land best known for fish tacos and wine rather than bitters and beers, Baja Brewing company, with its adorable burrito logo, was actually founded by Colorado native and Mexican expat Jordan Gardenhire, and became the first brewery in Los Cabos, when it opened in 2007. If you feel like trying something wildly different, a dessert in a glass you might say, then their Baja Razz Raspberry Beer is absolutely unmissable but their Oatmeal Stout and Mexican IPA also come highly recommended. 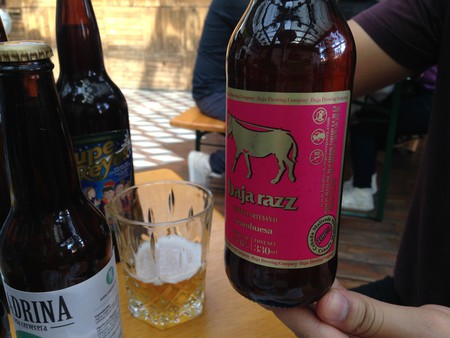 As one of the better known Mexican breweries, it’s no surprise that Calavera has some wonderful craft ales for you to get your hands on. Each and every beer they produce is entirely unique when compared with anything else on the Mexican craft ale market, as the recipes all feature special touches from their head brewer. They have an impressively extensive line of little-seen brews like their Smoky Scottish Ale and Maquahuitl Black IPA. Whichever Calavera beer you choose, you won’t be disappointed.

A post shared by Cerveza Artesanal Mexicana (@cervezaartesanalmexicana) on Mar 15, 2017 at 2:22pm PDT

The appropriately named Puebla based brewery Cinco de Mayo is well known for their two beers, Osadía and Saga, which are both refreshing and mightily flavoursome. They consider themselves in the business of artistry, rather than the business of beer, so well-thought through and imaginative are their blends. If you want the full Cinco de Mayo experience, head to their base in Atlixco, Puebla and try them for yourself. 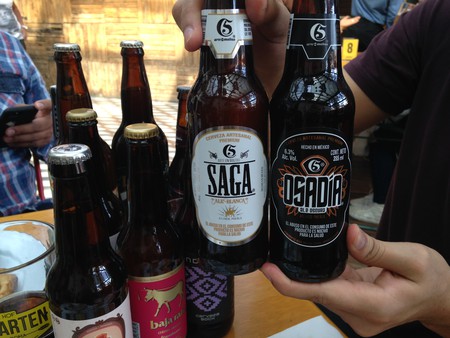 Finally, one artisanal beer that you should definitely make some time for is Chela Libre which started life in Celaya but is now available in many spots across the country. Their aim when they started out was to prove that beer isn’t just beer, but rather it’s a drink with its own subtleties and differences that should be appreciated. We recommend trying out their quirkily branded and packaged El Sancho Pale Ale or their dark Black Sado Oatmeal Stout.