The 10 Best Bakeries In Mexico City

Pasteis de nata | © Nicolas Nova/Flickr
Got a sweet tooth that can’t be tamed? Totally convinced that Mexican cuisine is dominated by savory treats, such as the perennially popular tacos or tamales? Think again, because not only does Mexican cuisine boast a wide variety of desserts, Mexico City itself is awash with a fantastic selection of bakeries that will satisfy even the strongest of sugar cravings. Here are our top ten Mexico City bakeries.

The suitably French name reflects the deliciously French-inspired delights you can find at Patisserie Dominque. While this quaint spot in the popular Roma Norte area of the city also serves breakfast foods, such as oeufs cocotte, the real draw is undoubtedly the excellent (and freshly made) bread that they sell daily. If you don’t get there early enough, you will have to eat it at home though, as tables stay full all morning. Alternatively, try out the perfectly crispy yet buttery pains au chocolat. 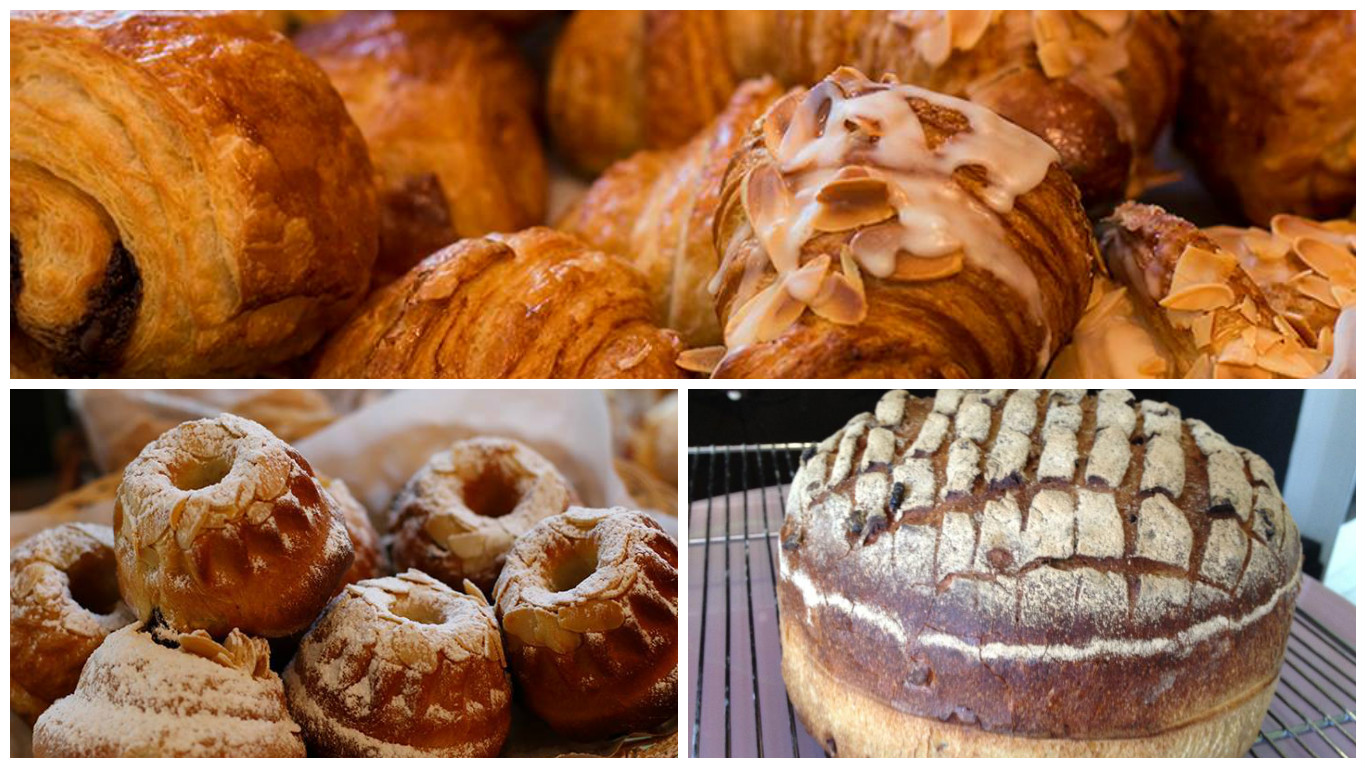 Easily one of the city’s most buzzed about bakeries, Panadería Rosetta has a few locations across the capital, but we recommend the Juárez location above all. From savory to sweet breads, there is something for everyone’s palette; the concha is unmissable, as is the basil and ricotta bread. If you want something a little more out of the ordinary though, you must try the pan de pulque or the guayaba and ricotta pastry.

Another French-inspired option, artisanal La Bohême has all the markings of a great bakery – almond croissants, eclairs and pastry swirls, accompanied by rich, smooth coffee, as well as a sleek and elegant décor. We recommend the Roma Norte spot for cool factor, and the Lomas de Chapultepec location for outdoor seating options. Although, with two other locations besides these to choose from, in some of Mexico City’s coolest neighbourhoods, you’re always going to be able to find one to suit you. 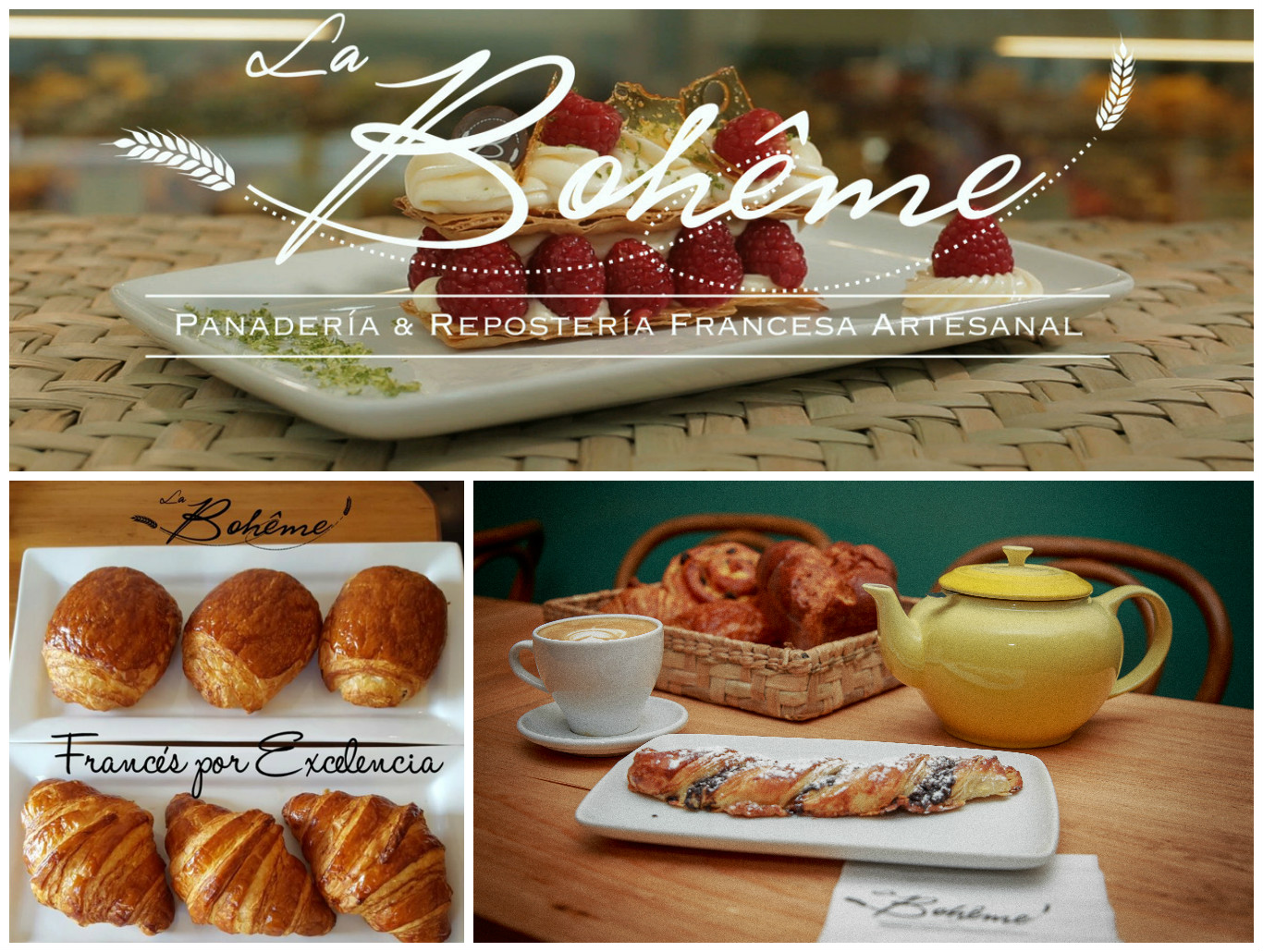 The foreign influence on Mexico City bakeries continues with the Portuguese-named and French-influenced Da Silva. Another of the capital’s best artisanal bakeries, here you can find all the classics, baked that same day. As with most of the city’s bakeries, seasonal demands mean that pan de muerto can be readily found here; however we particularly recommend the Portuguese favorite, pasteis de nata. Aside from the Polanco location, there are also branches in Jardines del Pedregal, the historic center, and Lomas de Chapultepec. 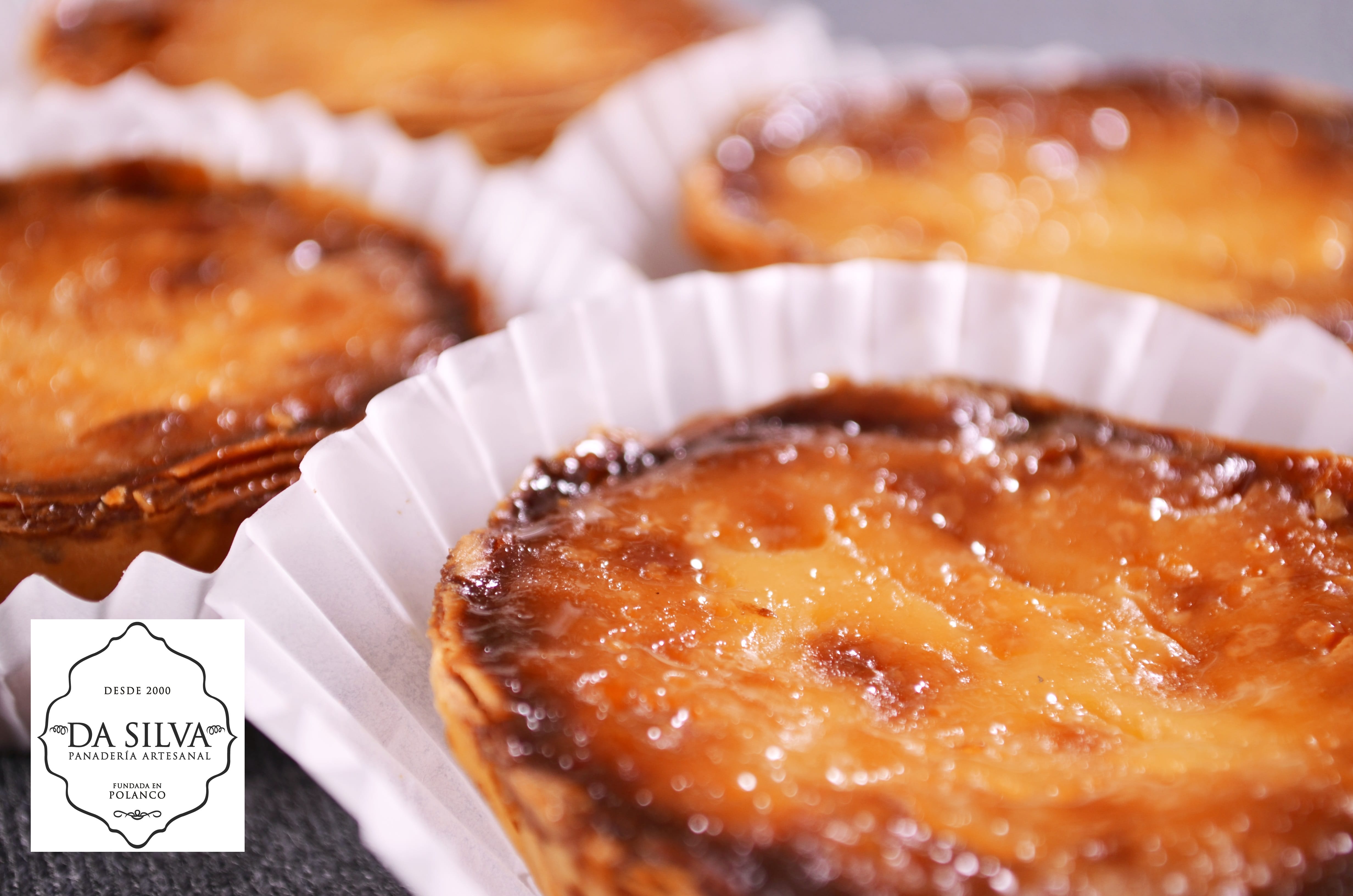 Magnolia Bakery is the best bakery in the city if you want exquisitely prepared pastries, pies and cakes. Currently offering seasonal pumpkin cupcakes, which you can wash down with a pumpkin latte too if it takes your fancy, they are also one of the few Magnolia Bakeries to offer a cocktail and savory menu. You might be wondering why the name already seems familiar – this is a branch of the famed New York bakery of the same name. 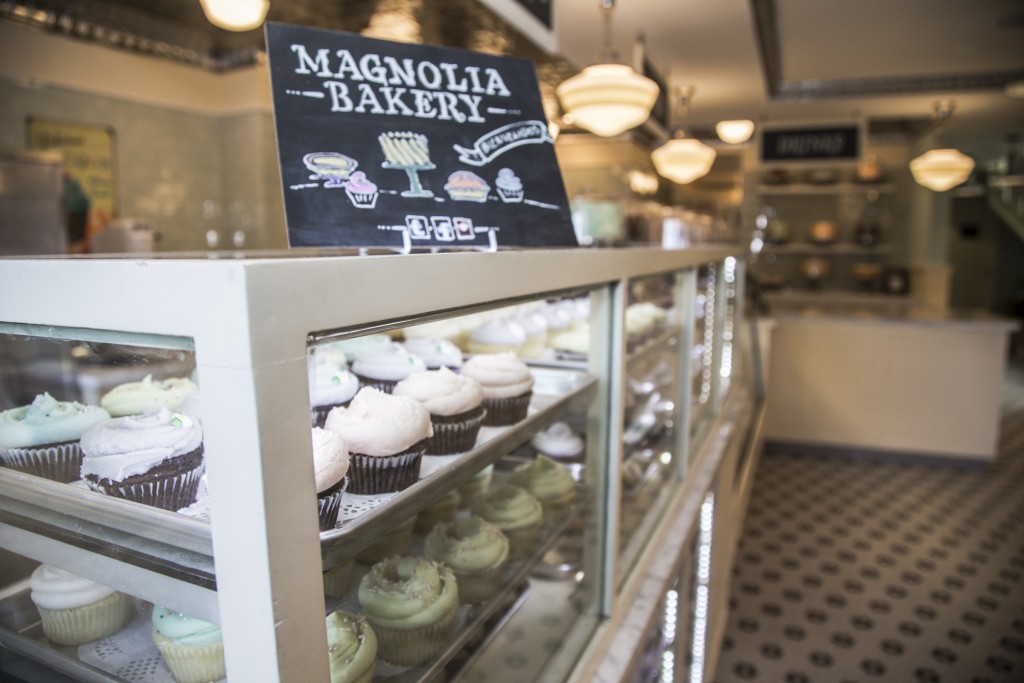 Situated in the Hyatt Regency in Mexico City, Amado is an upmarket bakery that also offers sit-down dessert options alongside take-out pastries and cakes. Whether you fancy a lemon tart or a seasonal pan de muerto, the Amado pastelería is the place to be. They also have some rustic and artisanal breads too, although we particularly suggest trying out their extensive and colorful chocolate selection, made with Mexican cacao. 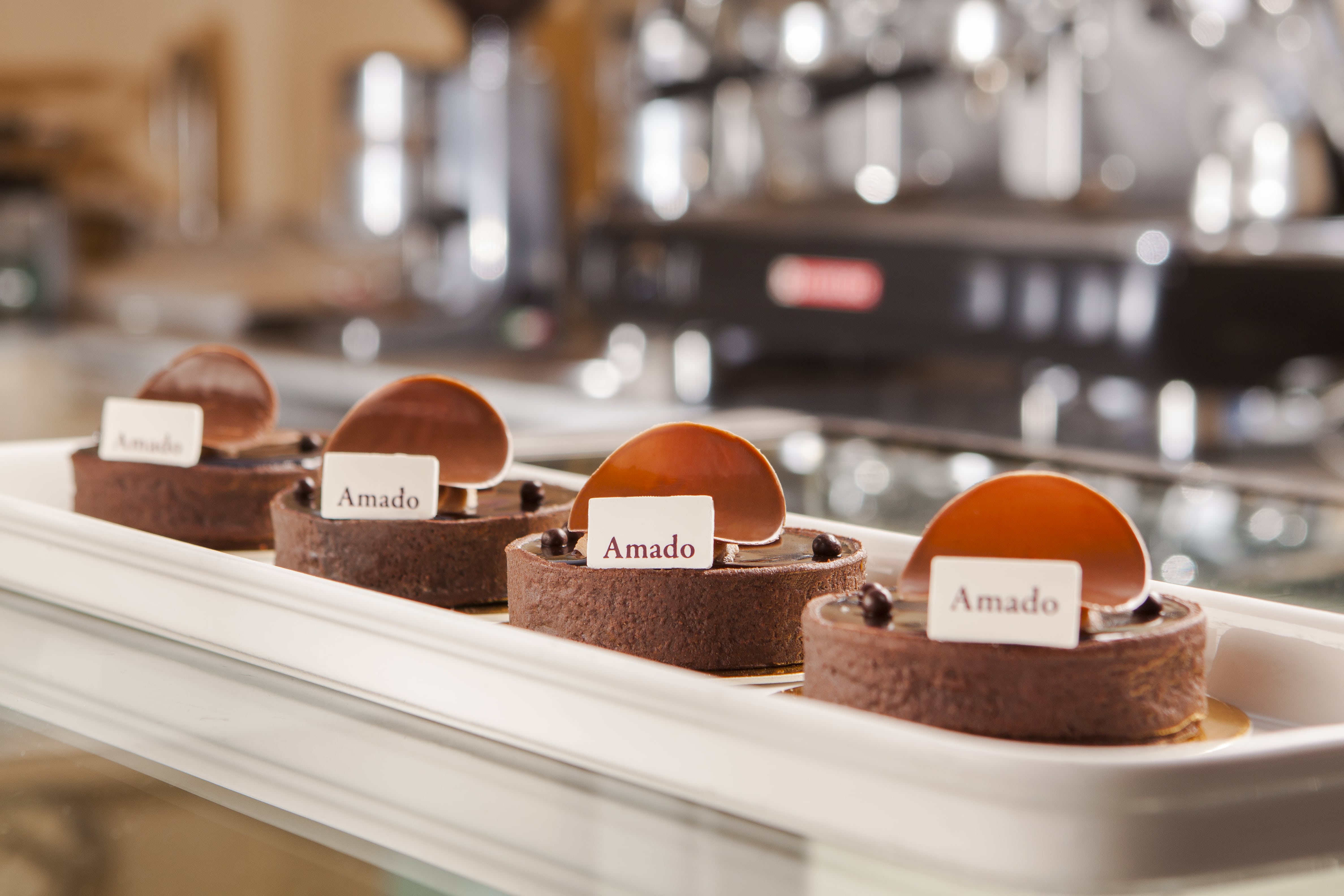 Worthy of inclusion simply for being one of the city’s longest running and most established bakeries, Pastelería Ideal as an added bonus continues to be one of the best too! Treat yourself to traditional snacks such as panqué, a mantecada or a concha, or spread your wings and give the trademark Briosh Ideal a go instead. Their magnificent location and singular approach to beautiful packaging are also big draws of this panadería.

Japan meets France meets Mexico at this branch of the adorably named Bimmy bakery. With a name which in Japanese means ‘tasty’ or ‘delicious,’ Bimmy is an obvious (and quirkier) choice if you’re looking for an excellent bakery in Mexico City. While they have their own unique twists on both Danish and French pastries and breads respectively, the Yakisoba bread or the bread stuffed with Japanese curry are real standouts. 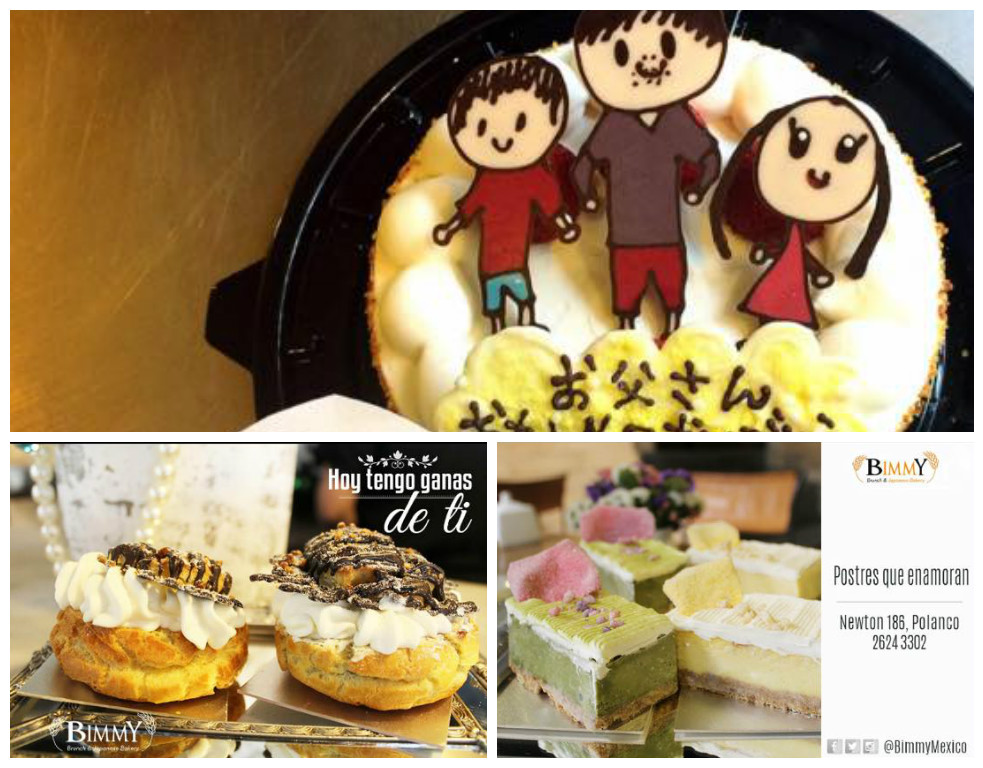 Vasconia is not just another of Mexico City’s oldest bakeries, it is the oldest in the Mexican capital. First opened in 1870, by (it’s assumed) someone from the País Vasco in Spain, they now serve up conchas, campechanas and cuernos on the daily to crowds of both loyal and new customers. As well as breads and sweet breads, they also serve up cakes and biscuits, although you can’t go wrong with their supersized corbatas.

Restaurant, Diner, Bakery, Mexican, $$$
Jaso describes itself as a kind of culinary spa, rather than a bakery or restaurant, and it serves up only the best-sourced and freshest products. It was also recently included on a list of the best cinnamon rolls in Mexico City, which gives you a quick clue as to which dish you really ought to try first! However, if that isn’t up your street, the almond croissants are also a sight to behold.
More Info
Open In Google Maps
88 Avenida Isaac Newton, Polanco, Polanco V Sección Ciudad de México, Ciudad de México, 11560, Mexico
+525555457476
View menu
Visit website
Visit Facebook page
Send an Email
Give us feedback
Give us feedback