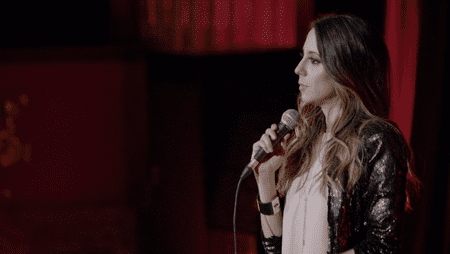 Sofía Niño de Rivera is the funniest person you don’t yet know about and, given that she was recently named as Chilanga of the Year (Mexico City-ite of the Year) by Chilango magazine, she should really be on your radar in the coming year. Known for her dark humor, recent Netflix Latin America special Expuesta (Exposed) and role in the similarly excellent Netflix original Club de Cuervos, here’s why (we think) Sofía Niño de Rivera was named Mexico City’s Woman of the Year.

Born in Mexico City, 34-year-old Sofía Niño de Rivera originally started her working life in the realm of PR and publicity. She began taking clown classes and participating in amateur stand-up events as no more than a hobby; however, she’s since grown stand-up into her profession in the last six or so years. As her own website claims, she even sold her car and quit her job to dedicate herself to the fickle industry.

During her time in the comedic world, she’s been a leading exponent of stand-up comedy in Mexico and Latin America as a whole, bringing this medium to the masses; for example, she’s served as a judge at the Festival de Stand Up Comedy and performed in legendary locations such as New York’s Gotham Comedy Club and Plaza Condesa in Mexico City. 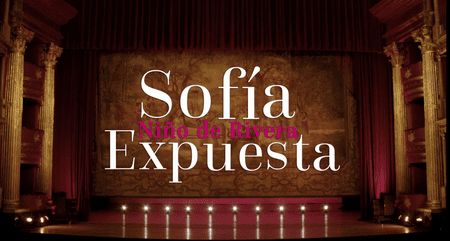 Her first Netflix special, released on June 24th, was filmed in the historic Teatro Degollado, Guadalajara, and marks the first time a woman headed a Spanish-language special for the platform. Although, she’s admittedly courted controversy at times, such as with her much publicised character ‘Sofía Chihuahua’ who pokes fun at the mental capacities of people from Chihuahua (Rivera herself is half Chihuahuense).

Even so, her dark humor is a breath of fresh air and shows off her biting wit as well as wicked sense of humor. Openly admitting that her politically incorrect routines are something pretty out of the ordinary on the Mexican comedic scene, she’s claims her success is due to the popular saying ‘it’s funny because it’s true’ – she just says what everyone else is thinking. Plus, who doesn’t agree with her Instagram bio which claims ‘Life is shitty when you’re not witty’?

However, as well as conquering Latin American Netflix with her special, Sofía has also been a cast member of the smash hit Club de Cuervos series in both its first and recently released second season. While ‘Emilia’ (her character) was something of a bit part in the first season, the second sees her take on a meatier role and Rivera herself has explained how her casting in Cuervos changed her life for the better. Beyond Netflix, her TEDx talk is an instructive guide on how to ‘echar hueva’ (‘be lazy’, essentially) is a revelation.