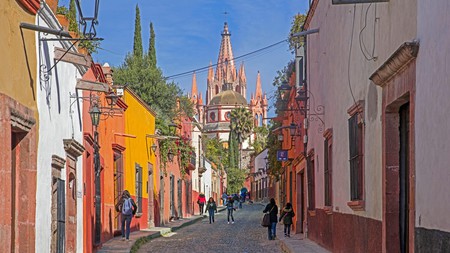 Take a stroll through Unesco-listed streets as you explore San Miguel de Allende’s colorful baroque, neoclassical and gothic architecture. Lose yourself in the city’s hectic markets and calming gardens, learn how to cook pozole from traditional recipes and immerse yourself in the famous arts scene. After all of that, watch the sunset with a cocktail in hand from a rooftop terrace overlooking the old town. From cathedrals to cuisine, here are our top reasons to visit San Miguel de Allende, Mexico. 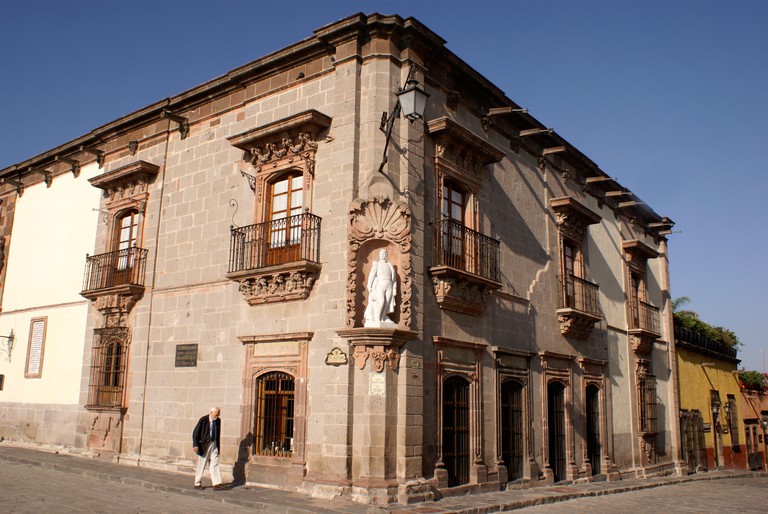 San Miguel de Allende’s extensive history and architecture have quite rightly led to the city being declared a Unesco site. Stroll through the cobbled streets and plazas and you’ll be surrounded by landmarks dating back as far as the 16th century. Visit Casa de Allende and take a look inside the colonial home of the city’s namesake,19th-century war hero Ignacio Allende. Delve into the city’s religious past at La Parroquia, the pink-spired gothic church that punctuates the city’s skyline and then take a trip out of town to the Sanctuary of Atotonilco, where grim murals adorn one of Catholic Mexico’s most important pilgrimage sites. 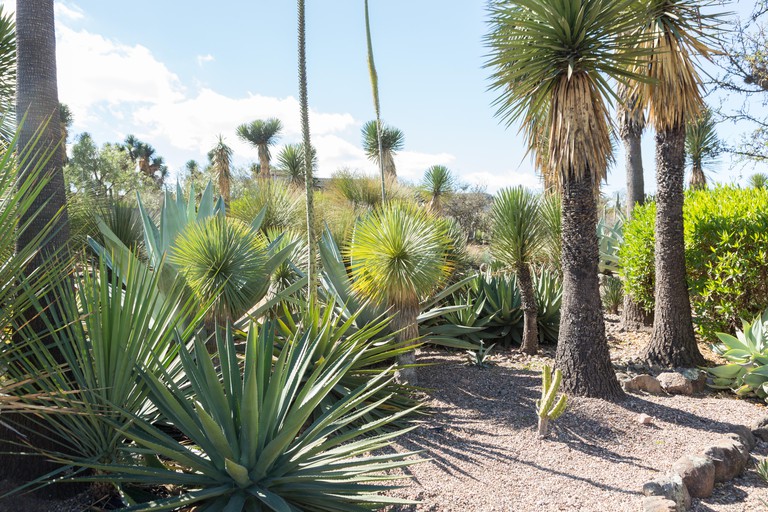 This is a city that not only embraces color but nature too, with one of the best reasons to visit San Miguel de Allende being its many gardens. Next to the pink spires of the gothic church, you’ll find Jardin Allende, a public plaza and garden that’s sweet with the smell of flowers. Head to the edge of the city and you can hike through the vast botanical gardens of Charco del Ingenio. Filled with rare cacti and hundreds of species of native plants, trails lead through the garden, past a freshwater lake and down into a steep valley. 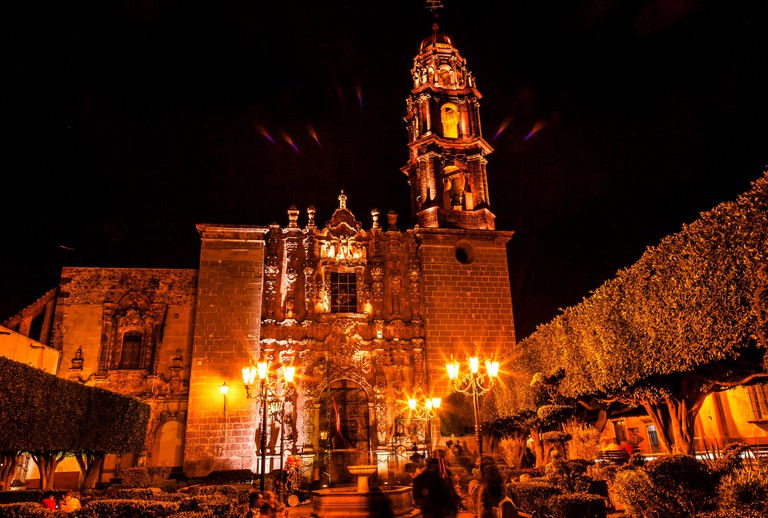 The gothic spire of La Parroquia de San Miguel Arcangel is a sight to rival the work of Gaudi in Barcelona and as you stand beneath the tall tower, you’ll realize that it’s unusually pink. Walk through San Miguel de Allende’s cobbled streets and you’ll also quickly realize that the city’s most famous church is far from its only one. Temple de San Francisco was built in a mixture of Moorish and Baroque styles, the 18th-century Church of the Immaculate Conception continues to be active nunnery hundreds of years after its founding while pilgrims and tourists make the journey to the Sanctuary of Atotonilco in search of its fabled, healing hot springs. 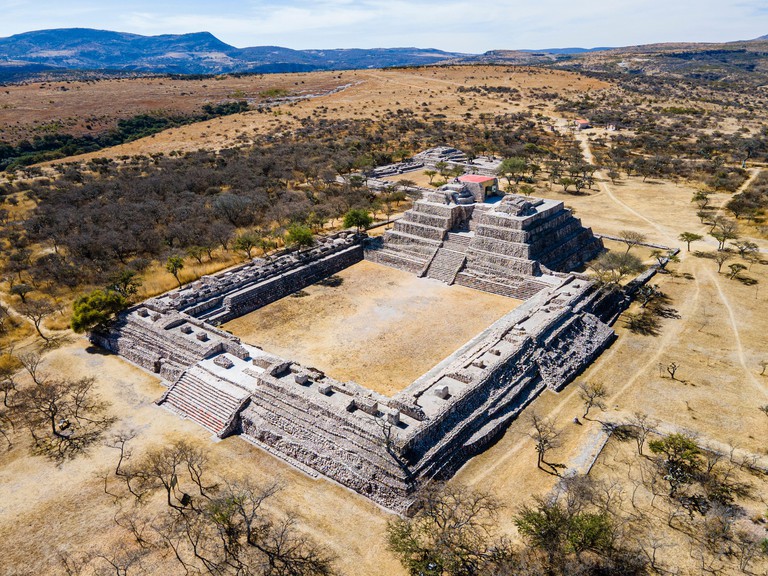 San Miguel de Allende’s cobbled streets, pink churches and colorful buildings are very much a product of Spanish colonialism. Long before the conquistadors arrived, though, indigenous civilizations flourished and fell over the centuries. One such civilization was the Otomi, who built pyramids and towns in the San Miguel valley from the 5th century CE. At Cañada de la Virgen, travelers can explore a very recently excavated archaeological site that consists of roads, astronomical pyramids and religious temples. Join a tour and delve into the pre-Hispanic past of San Miguel de Allende. 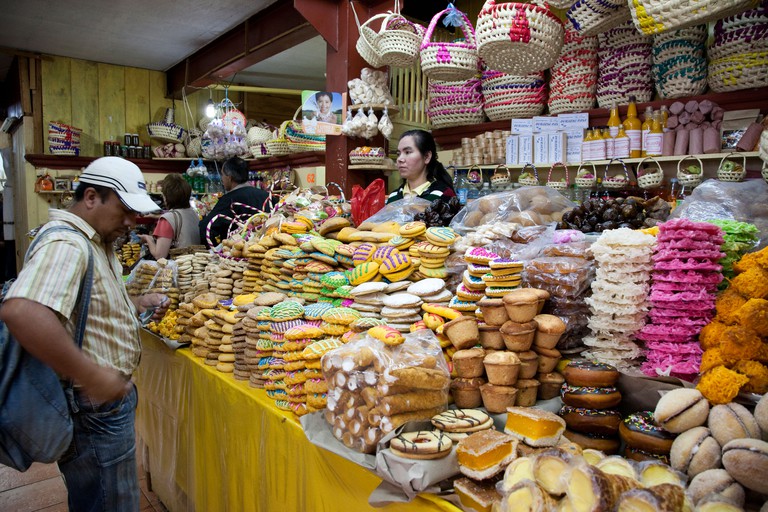 With San Miguel de Allende’s large ex-pat population and ever-increasing popularity with tourists, it’s sometimes difficult finding that authentic local touch. Head to the city’s many markets though and you’ll soon be bartering for fresh tortillas and eyeing up a new Oaxacan-style rug to ship home. The oldest market in the city is Mercado Ignacio Ramirez, where you’ll find all the fruit, vegetables, tamales and tortillas you could need for a weekend getaway in San Miguel de Allende. Next door is the Mercado de Artesanias, where you can purchase everything from handmade piñatas to traditional Mexican clothing and day-of-the-dead-style masks. 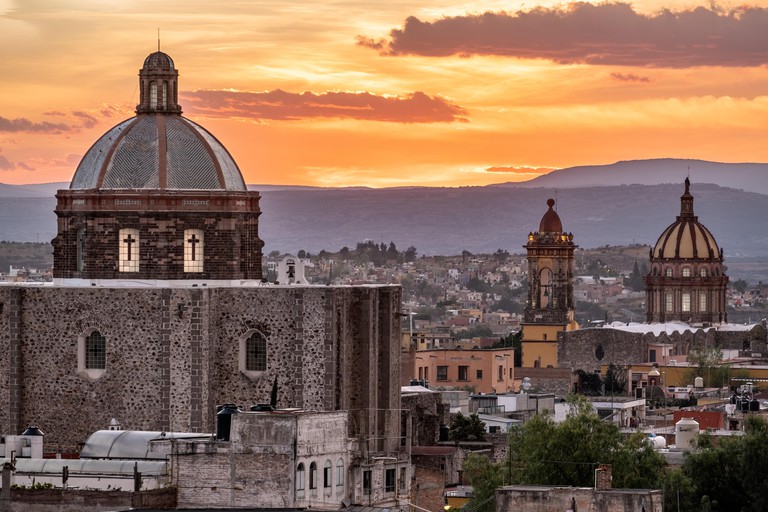 Las Monjas – or, The Nuns – is the simple name for the otherwise lavishly titled Iglesia de la Immaculada Concepcion (Church of the Immaculate Conception). Las Monjas was built in the 1700s and the extravagant, colorful dome has been a fixture on San Miguel de Allende’s skyline ever since. Since its constriction many centuries ago, nuns have always lived inside the grounds to take care of the church and they continue their faithful role in San Miguel de Allende to this day. 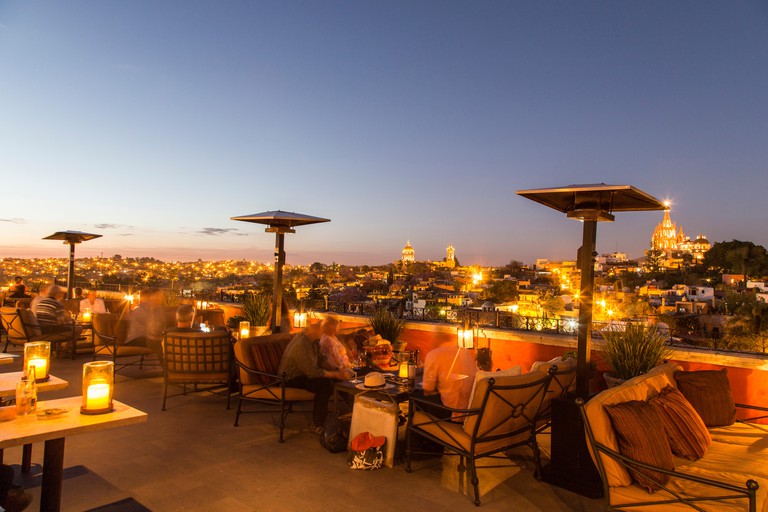 © Danita Delimont / Alamy Stock Photo
Book into a hotel with a rooftop terrace or balcony for your stay in San Miguel de Allende; the city’s colorful and chaotic skyline is unbeatable. San Miguel de Allende is all about the terraces and the best way to spend an evening here is on a rooftop enjoying fine dining, wine, craft beers and cocktails as the sun sets. Luna Rooftop serves up Spanish tapas, wine and cocktails with a view of La Parroquia, while La Casa Nostra offers seasonal steaks from local ranches alongside specialty lamb chops from Sonora – all with a view of course.

San Miguel de Allende has hundreds of restaurants, cafes and cantinas to dine in but foodies will want to take the opportunity to learn how to cook central Mexican cuisine, as well as eating it. Start at Sazon, where local chefs at the Belmond Hotel’s cookery school lead tours through the market collecting cilantro and chilies before teaching travelers how best to use their fresh ingredients. If you’re interested in ancestry cooking, then take a class at the Marilau Cooking School, where San Miguel de Allende chef Marilau cooks up her family’s traditional recipes. 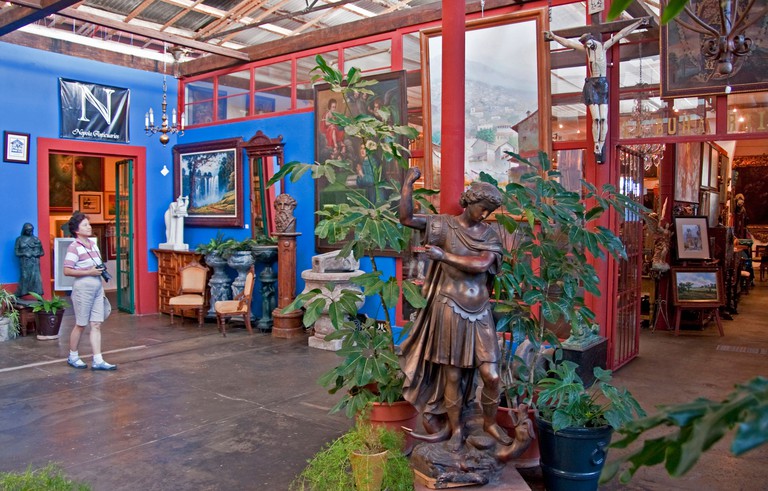 Artists, painters and culture-vultures alike can embrace the artistic edge that San Miguel de Allende is highly regarded for. From the 1950s onwards, the city’s art institutions attracted burgeoning artists from across the world and today travelers can enroll in modernist classes and art history courses at the Instituto Allende. If you haven’t got time to paint, then head to one of the many art galleries instead. The most extensive is Fabrica Aurora, where 40 individual galleries and exhibitions are located within a refurbished textile mill. 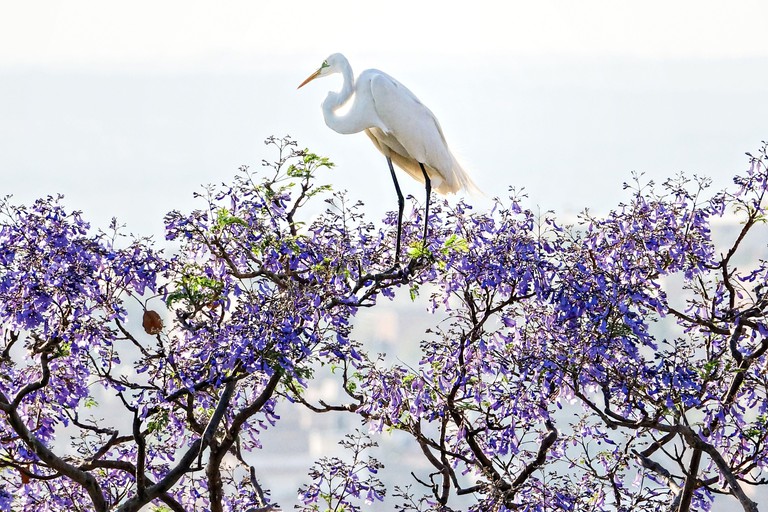 Every spring, San Miguel de Allende’s already colorful streets come alive with the sweet scents and vivid blue-purple hues of Jacaranda Trees. Planted throughout much of the city, the Jacaranda Trees are beloved for their droopy, long-lasting flowers. Visit in March or April and the trees form a never-ending blanket of violet over San Miguel de Allende. Take a stroll through the gardens, enjoying their fresh, sweet smell, or head to the viewpoint at El Mirador to see the Jacarandas blanketing the rooftops.

If you’re looking for somewhere to stay in San Miguel de Allende, why not book into one of the best hotels in town? Or, for the most unique experience, book one of these top boutique hotels. If you need more inspiration, here are the top things to do in this Mexican city. And for a true taste of the heart of Mexico, there is an incredible selection of top places to eat.