Puebla and its sister city Cholula are said to have a church for every day of the year – 365 of them. That may or may not be true, but there are some stunning examples of colonial churches built across the centuries of Spanish rule in Mexico. Here are 10 of the most beautiful that you should make time to see on your next trip to Puebla.

The Templo de Santo Domingo is an expansive church in the heart of downtown Puebla. With a simple yet beautiful entrance and facade, the Templo’s extravangance is in the tiny chapels that lay along the edges of the main atrium. In particular the the Capilla del Rosario, one of Mexico’s most beautiful expressions of Baroque architecture. The chapel is replete with gold moldings, onyx, 22-carat gold leaf and traditional tile work, a feast for the eyes and unmissable stop for the faithful.

Probably Puebla’s most important Cathedral, the main Basilica sits to one side of the city’s main plaza. The Cathedral took almost 100 years to built and consecrate and its completion was the work of famous Poblano Bishop Juan de Palafox y Mendoza in the 1640s. The Basilica is particularly beautiful at night, when it almost glows with the spotlights that are trained on it. Legend has it that angels descended from heaven to place a particularly heavy bell in one of the towers of the cathedral, and that there is an underground river that flows under one of the towers. 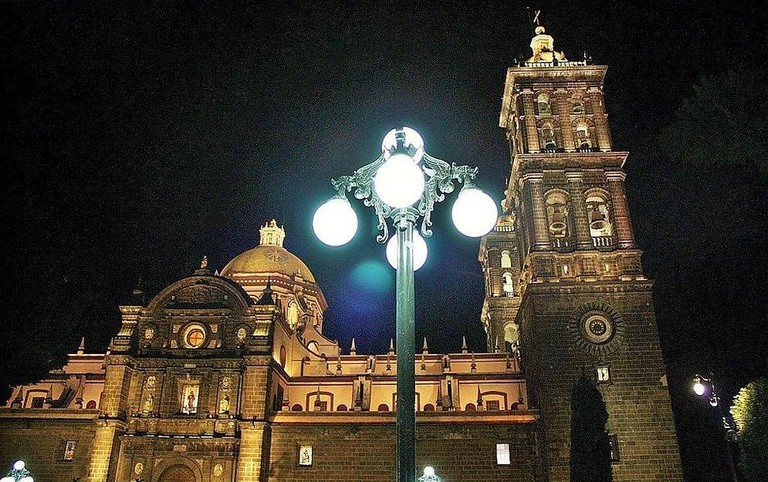 The Capilla de San Ildefonso sits inside the Antiguo Colegio de San Ildefonso which, once a Jesuit college for the sons of the Spanish elite, is now a cultural center. The original designation for this plot of land is said to have been a hospital, but at the last minute it was decided that a college teaching philosophy, theology and ethics would be a better use for it. The chapel was once part of the college and once the Jesuits were kicked out of Mexico in 1767 the chapel remained abandoned for many years.

This ancient convent and church are said to be the home of the nuns that created Puebla’s iconic dish chile en nogada. The Convent has been converted into a museum full of religious art, artifacts of life as a nun during this era and the famous kitchen where the magic happened. Looking through the holes in the wall of an upper chorus room, you can see the next-door chapel in the same way the nuns did hundreds of years ago. Inside the church is Senor de la Maravillas (our lord of miracles) a famous icon visited by hundreds of tourists and locals each month and carried through the streets of Puebla on Good Friday. 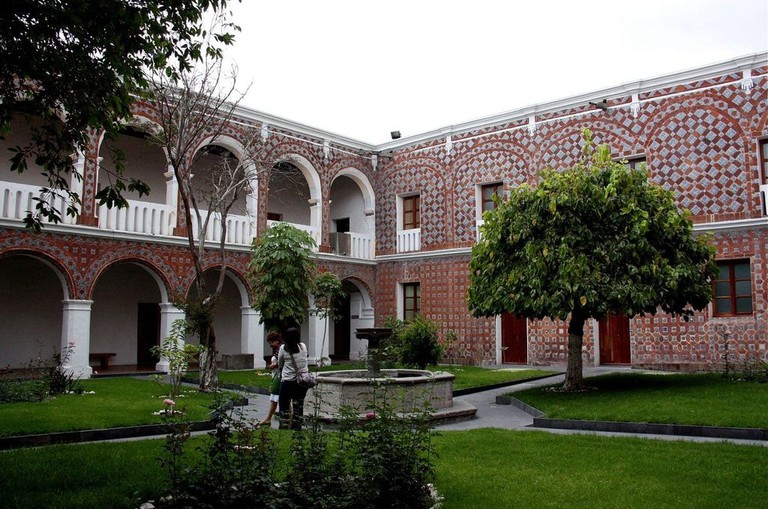 This church was voted the state of Puebla’s most beautiful church in 2011. Located in the town of Cholula just outside of the state’s capital, the church of Santa Maria Tonanzintla is curious for its integration of baroque style and decoration with a clearly indigenous bent. This complexity makes sense when you learn that the church was built by converted indigenous peoples of Mexico and they decorated it with their own religious imagery, meaning you will see representations of natural elements like corn, flowers and feathers and the faces of many children, as the indigenous of this area believed when you died and went to heaven you became a child once more.

Visitors are greeted by beautiful baroque columns and meticulous carvings at the front of the San Francisco church. On either side of this entrance is incredible tile work, traditional to Puebla. To the left the church is guarded by a 63-meter high tower, built in cantera stone from the surrounding mountains. Today, the church’s convent has been converted into a school, but the church still hosts masses and can be visited by the general public. This is one of the oldest churches in the city and sits just across from the Rosewood Puebla hotel. 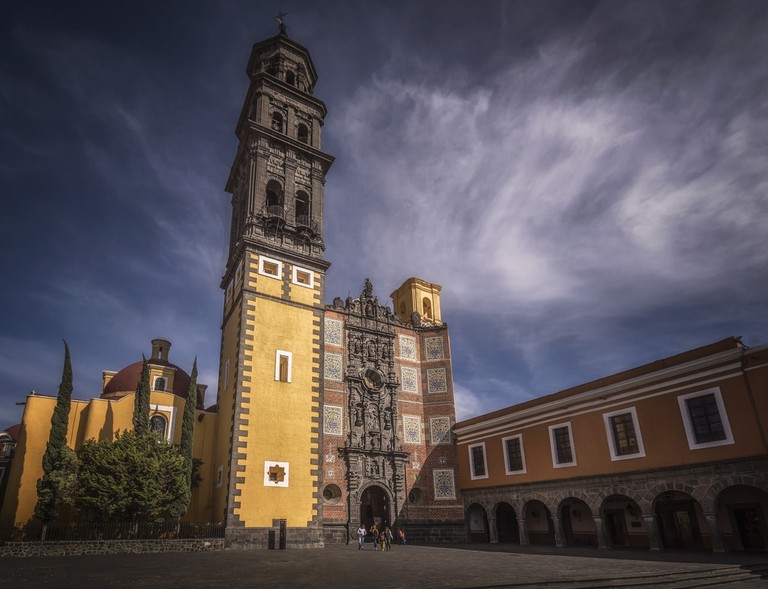 Situated in the north neighborhood of San Antonio in Puebla, the Parroquia de San Jose has a columned entrance covered in exquisite Puebla talavera tiles. Inside there are eight baroque retablos or altarpieces inside the church’s side chapels – among them the Capilla de Jesús Nazareno is exceptional for the beauty of its interior – and large front altar in a neoclassical style. The original church was a much simpler affair and even faced a different direction from the building that remains today. San Jose’s saint day is March 19th, a great time to visit this neighborhood church.

While you will have to get out of the city a bit to see this church (it’s in Cholula, the next town over), no visit is complete without looking upon its splendor. This Catholic church was built atop one of the widest pyramids in the world, Tlachihualtépetl. The church practically glows an orange-pink from its perch on the hill and from its courtyard incredible panoramic views can be seen in all directions. While you are there take a minute to explore the pyramid and surrounding ancient structures of this archaeological site.

This Puebla templo started out as a small chapel dedicated to the Virgin of Remedies, who was called upon and cured a local Poblano official who then dedicated himself to building her a chapel. The land and original building was then given to the barefoot Carmelites when they arrived in the late 1500s. This beautiful church is decorated with tile work and images of famous Carmelite saints, including the most treasured position in the church set aside for the Virgin of Carmel.

Talavera lovers will want to take a trip to the Templo San Marcos which is covered in tiles and tile paintings inside and out. Particularly beautiful are the retablos of Saint Mark, the Virgin and St. John as well as the church’s brick cupola, which contrasts nicely to its white walls. The church is located in the Colonia San Pablo de los Frailes, near the Mercado de los Sabores.