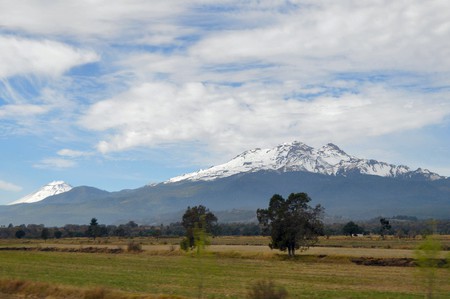 Epic romantic stories can be found in every culture and are told in every language. The story of Popocatepetl and Iztaccíhuatl is the Aztec Romeo and Juliet – denied their love while they were living but destined to spend eternity together. Now, as two volcanoes that set the backdrop for Mexico City, Izta and Popo, as they are affectionately called, are a symbol of love everlasting.

During the reign of the Aztecs in the Valley of Mexico, a harsh and punishing tribute system was imposed on the surrounding provinces and towns. It was one of the things that would lead to the undoing of the Aztec Empire, but at the time was a great source of wealth and labor for the capital city Tenochtitlan.

The local ruler of the Tlaxcala people, who were once as powerful as the Aztecs but lost some of their influence through several shrewd deals made by them, were fed up with the harsh tribute system. The local chieftain decided he would go to war against the Aztecs.

This chieftain had a beautiful daughter, Princess Iztaccíhuatl, who had fallen in love with one of the tribe’s great warriors, Popocatepetl. When Popocatepetl asked her father for her hand in marriage he offered it gladly, as long as Popocatepetl came back victoriously from the war.

While Popocatepetl was away at war, one of Iztaccíhuatl’s jealous suitors, Citlaltepetl, told her that Popocatepetl had died in battle. Grief-striken, the lovely Iztaccíhuatl cried until her heart stopped and she died. Upon return from battle, finding his beloved dead, Popocatepetl was inconsolable and wandered the streets day and night mourning her. 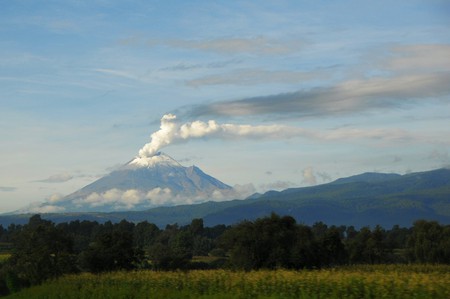 Finally, the warrior Popocatepetl decided he would build Itza a massive tomb and lay her body atop it as an homage to her. He built her an enormous tomb and carried her body to the top, he then knelt beside her with a smoking torch to watch over her. Centuries passed and they were covered with snow and earth until they became the volcanoes they are today, with Itza the shape of a reclining woman and Popo, a kneeling man.

It is said that the still active volcano, Popocatepetl, erupts occasionally because his pain still burns deep within his heart. The jealous lover, Citlaltepetl, became what is now the Pico de Orizaba, a distant volcano forced to witness the everlasting love of Iztaccíhuatl and Popocatepetl for eternity. 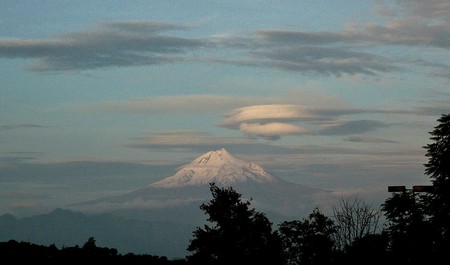