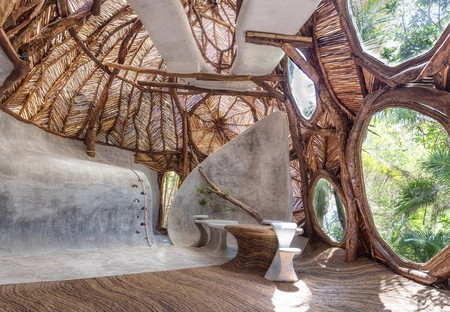 When a Guggenheim opens a gallery, the world listens. Gallerist and art advisor Santiago Rumney-Guggenheim has done just that in Tulum, making the town a new force to be reckoned with on the contemporary art scene.

The gallery promises to showcase an impressive roster of contemporary artists and to foster creativity in the Yucatán Peninsula. It’s the vision of Jorge Eduardo Neira Sterkel, owner and CEO of luxury Tulum retreat Azulik where the gallery is located, who called in Peggy Guggenheim’s great-grandson to serve as director. Together the pair have conceived a place that seeks to serve both the local community and the holiday destination’s onslaught of international tourists. 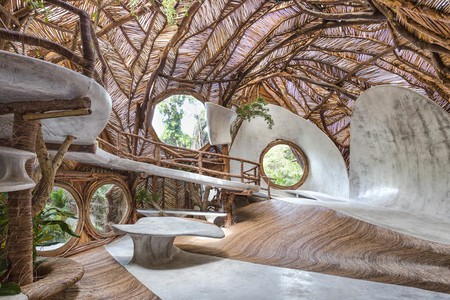 Tulum was a quiet beach town before it became the bustling yet sustainable Mexico hotspot it is today, but its reputation for art has remained non-existent. Apart from Pablo Escobar’s former mansion (now the art hotel Casa Malca) tourists travelled to Tulum for tequila-fuelled beach bumming rather than cultural enrichment.

Now, visitors to the former pre-Columbian walled city will have access to the work of some of the world’s most exciting contemporary creators in a magical setting. Designed by self-taught architect Neira Sterkel, the building has been created without formal architectural plans and is modelled after the region’s lush jungles. 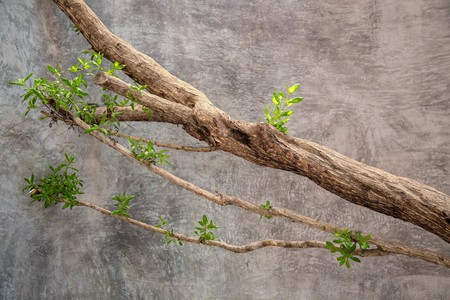 The space is thoughtfully designed, right down to the polished cement and local raw bejuco wood floor, which guests are only allowed to tread on barefoot. As they remove their shoes and enter the space, innovative curved walls and a bird’s nest-like ceiling greet them. Sounds from the outside are deliberately muted, inviting visitors to let go of their hectic lives and become one with the art. All work shown in the gallery is being commissioned for the unique space, which is designed so the sun beams brightly into the rooms through large circular windows and between the wooden branches that intertwine to enclose the space. The entire building is elevated to the height of the tree canopy that surrounds it.

Though this treehouse feels like the opposite of a white cube gallery, its contents does not. The opening exhibition, Alignments, which opened April 20th, 2018, is co-curated by Guggenheim and Claudia Paetzold and features works by Tatiana Trouvé, Artur Lescher and Margo Trushina that ‘explore the human journey through both physical and metaphysical realms’. 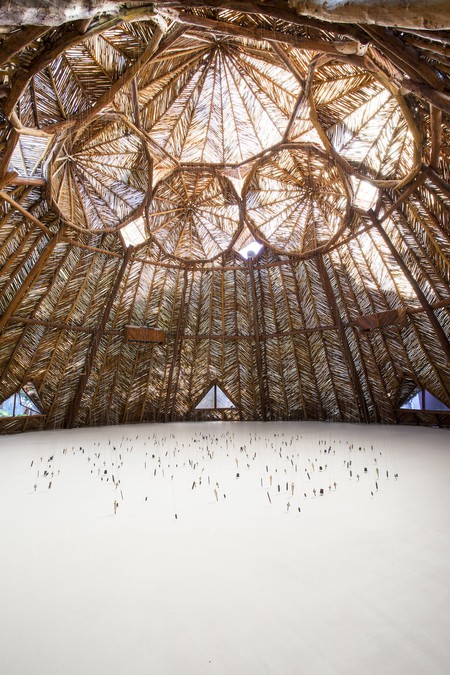 From the 'Alignments' exhibition | © IK LAB

IK LAB is important to Guggenheim both because of the artwork it will exhibit and the lofty vision he and Neira Sterkel have for the gallery.

‘My history with Tulum is deep-rooted and this project is very close to my heart,’ Guggenheim explains. ‘IK LAB is more than a gallery – it aspires to provide a framework for the world’s finest creative minds to interact with the gallery’s visionary architecture and explore new ways of creation.’ 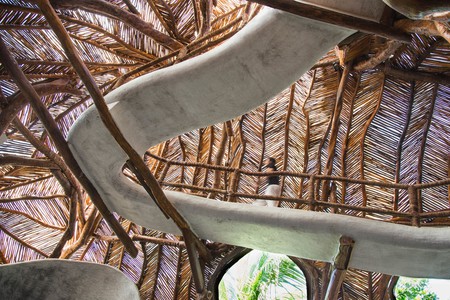 Like the trees that surround it, IK LAB is the root of what the duo envision as a much greater goal. The plan in the years to come is to open an art school for local youth and to host a multi-disciplinary artist residency. This future centre will be located 20km from the resort and will to host 14 artists across various fields including painting, sculpture, music and the culinary arts.

Tulum has always prided itself on sustainability and spirituality, and so does IK LAB. Just as it rises from the forest, it gives rise to a new side of this buzzy seaside town, welcoming in a warm wave of art, culture and education.