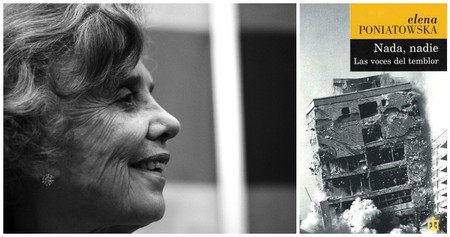 It’s no surprise that an appealing yet conflicting metropolis like Mexico City finds itself the subject of any number of poems, novels and pieces of non-fiction. While in this guide we’ve predominantly focused on fictitious literary efforts (with few exceptions), the possibilities are endless if you want to read about the Mexican capital. Here are the top 11 recommended texts featuring Mexico City, by both native and foreign authors.

Down The Rabbit Hole by Juan Pablo Villalobos

Juan Pablo Villalobos’ debut novel is slight but excellent, providing a new perspective – that of a child – on the drug wars that have, are and probably will continue to, ravage Mexico. We’re guided by seven-year-old Tochtli (Nahuatl for ‘rabbit’), the son of Yolcaut (Nahuatl for ‘rattlesnake’). Yolcaut is a leading figure in the belly of the drug underworld, who exposes his son to all the goings on of his ‘business’ life; as a result, Tochtli is frighteningly informed. Villalobos’ trademark dark humour throughout makes Down The Rabbit Hole a fascinating and enjoyable read. 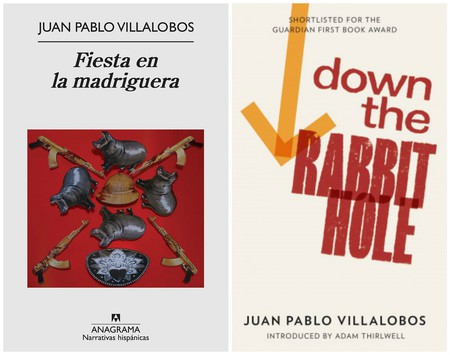 © Anagrama / | And Other Stories Publishing

One of the only non-fiction entries on this list comes from the incomparable journalist and writer Elena Poniatowska, with her social history of the devastating 1985 earthquake that flattened many parts of Mexico City. Translating to ‘Nobody, nothing. The voices of the earthquake’, Nada, nadie. Las voces del temblor is exceptionally well researched and written, making it (like much of Poniatowska’s work) essential reading. We are privy to the voices of the injured, the bereaved and the scared, as they recount the aftermath of one of Mexico’s most tragic natural disasters.

The Savage Detectives by Roberto Bolaño

A classic of Chilean literature, The Savage Detectives is actually set in Mexico City and expertly weaves its tale through the streets of this vast capital. Based in 1975, it follows a 17-year-old poet as he gets immersed in the world of a strange literary movement, all the while navigating the streets of Mexico City. Widely considered to be one of Roberto Bolaño’s greatest achievements, The Savage Detectives is nothing short of essential reading for anyone interested in Latin American literature as a whole. 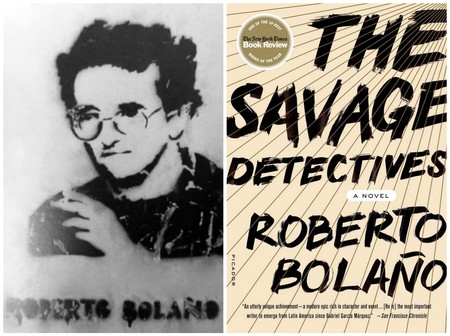 Jack Kerouac is considered by some as the best writer of the Beat generation, while to others he’s merely an overhyped alcoholic. Either way, he’s undeniably a literary icon. Despite being infinitely better known for On The Road, he was also the author of a novella based entirely in Mexico City; Tristessa. Set predominantly in the historic centre and La Roma, Tristessa follows his turbulent relationship with a Mexican prostitute. Despite her real name being Esperanza (hope), he nicknames her Tristessa (an Anglicization of tristeza, or sadness).

Literally set in a Mexico City hotel – there is actually a Hotel DF in the capital to this day – our narrator Frank (Fadanelli’s alter-ego) tells us of both the visitors and locals that pass through its doors. Each story gives a fresh perspective on the megalopolis of Mexico City through the eyes of those that have just arrived, making it an interesting read for both those who have been before and those who have yet to stop by. 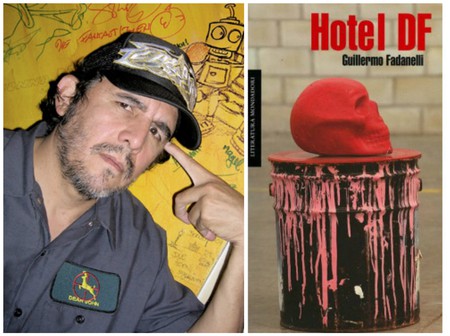 One of Mexico’s greatest authors and poets, José Emilio Pacheco, is the brains behind Las batallas en el desierto. This is perhaps the perfect novella to start with if you want a decent introduction to his work and style, given that it is short and that its plot is excellent. It deals with the story of a young boy’s platonic love for an older woman, all the while evoking the streets of Mexico City and the social and political context of 1940s Mexico in general. It was also the inspiration for one of Café Tacuba’s most popular songs, ‘Las batallas’. 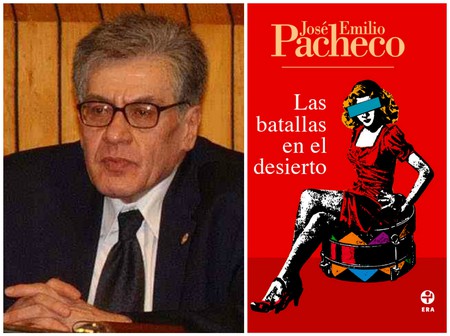 Instrucciones para vivir en México brings together a selection of Jorge Ibargüengoitia’s journalistic efforts from the years 1969-1976. The second non-fiction entry, this text penetrates to the heart of daily life in Mexico City, while giving the reader a genuine insight into the lives of the capital’s inhabitants and the incomparable bureaucracy for which this country is infamous. You’ll come away perhaps perturbed, but also better informed and entertained due to Ibargüengoitia’s distinct, darkly humorous approach. 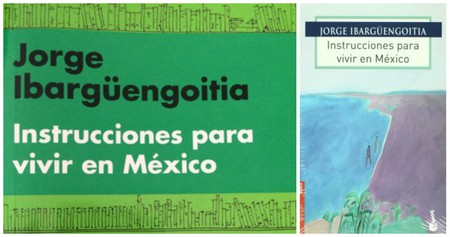 La Perdida is a comic book series turned graphic novel by American writer and artist Jessica Abel, who moved to Mexico City in 1998 for two years. Originally published between 2001 and 2005, it was compiled into a single text in 2006. Notable for its heavy focus on dialogue (the speech bubbles often dominate the panels), Abel also incorporated in some Spanish punctuation and vocabulary. The story itself centres on Carla, a Chicana who moves to Mexico City to get better acquainted with her own heritage. 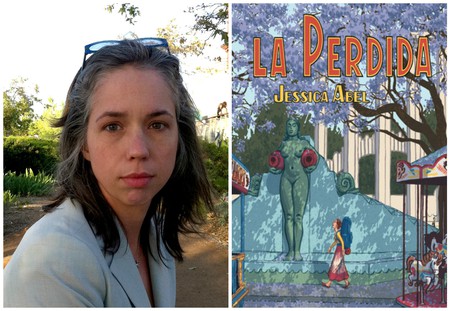 The first novel by the writer who was the former director of the Fondo de Cultura Económica, Amor propio is a colloquially written and intelligent novel seemingly about three different characters. In reality, they are all the same person but at various stages of their life – Moncho is the child, Ramón the teen and Aguilar the adult, and all of them are trapped in the same system. Ultimately a text about the 1968 student protests, which were to have a devastating end for some during the Tlatelolco massacre, it’s a true coming-of-age novel. 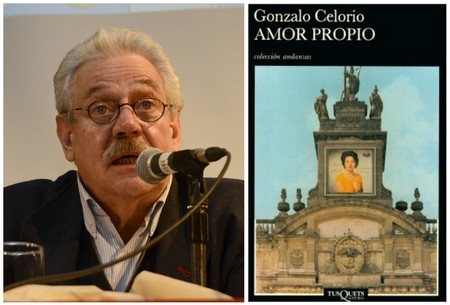 Faces in the Crowd by Valeria Luiselli

Valeria Luiselli has long been described as a rising star of the contemporary Mexican writing scene, however we think it’s fair to say she’s now happily established as one of the best authors of this generation. Her debut novel Faces in the Crowd (Spanish: Los ingrávidos) depicts an unhappy narrator who embarks on the novel writing process, before being sucked into the world of the Gilberto Owen (a lesser known Harlem Renaissance author). Don’t expect a satisfying resolution in this masterful text. 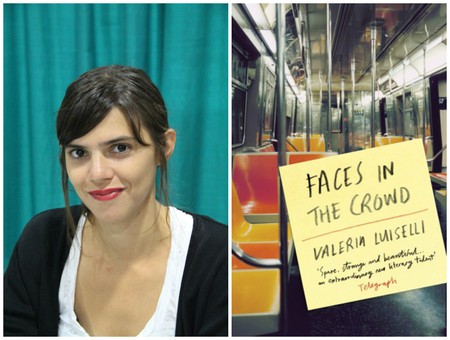 A detective novel by Enrique Serna, El miedo a los animales brutally depicts the corruption and narco-culture that pervades day to day life in Mexico City, especially after dark. Published over 20 years ago, many of the characters were based on actual public figures and while many wrote off the text as nothing more than bitter when first published, it grew in popularity. While this text is set in Mexico City, its references constantly hark back to Los Angeles. 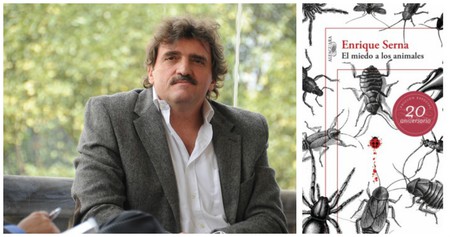