Off-the-Beaten-Track Day of the Dead Celebrations 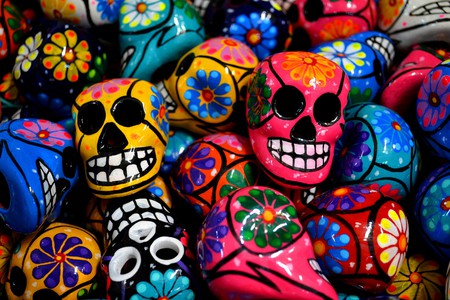 The Day of the Dead is one of Mexico’s most important and most popular national holidays. This year, with the 2018 release of the movie Coco about a Mexican boy and his search for his ancestors on the Day of the Dead, Mexico will be replete with tourists looking to get a glimpse of this fascinating holiday. Here are eight places where the spotlight doesn’t usually shine, but nevertheless have excellent festivities for El Día de los Muertos.

Every year, the city of Aguascalientes celebrates its most famous son on the Day of the Dead – José Guadalupe Posada. Posada was an engraver and artist who invented the now ubiquitous image of La Catrina: a grand dame skeleton dressed in colonial garb that was originally meant to mock European airs, but is now a symbol of national pride. The Festival de Calaveras (the Festival of the Skulls) is hosted in the city’s main event space Isla San Marcos where there are parades of people dressed as Posada’s most famous characters. There are also plays, food, concerts, films and street theater performances. 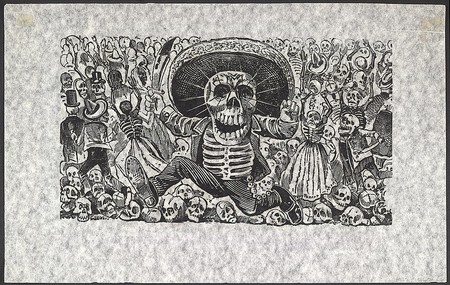 Beautiful and sultry Mérida has a delightfully warm celebration that will feel nothing like the northern cool days of Halloween. The town in the Yucatan has a parade of catrinas and calacas that march to the town’s many cemeteries to place offerings on the graves of loved ones at the beginning of the festival. There is also live music and dancing, plays in the main square, and art installations throughout town. In the neighborhood of San Sebastian, they host the Mucbipollo Festival. Mucbipollo is a earthen-pit cooked chicken dish that is only made at this time of the year, and a plate of it is usually on offer at the altar of loved ones. 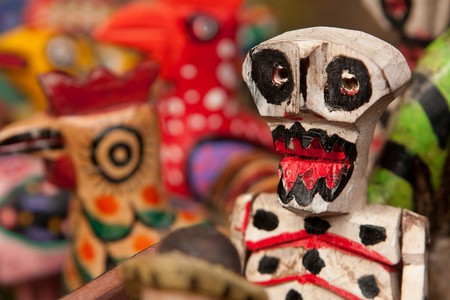 Hundreds of altars sponsored by local families and businesses are set up along Calle 59 in Campeche each year. Campeche also has the tradition of a pit-cooked chicken dish that locals eat during these dates. While in the city, lots of events and parades are held, and perhaps one of the area’s most interesting rituals takes place outside of town. In the nearby town of Pomuch, just outside of Campeche, locals dig up the bones of their loved ones each year and give them a thorough cleaning, and then place them into a box with a clean, embroidered towel to display them at the graveyard. 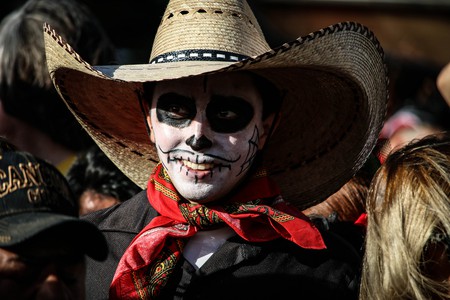 In the capital of Morelos, dozens of papier mâché catrinas are set up each year in the Parque Tlaltenango for the Festival de Catrinas. Actors also relate legends and ghost stories during open-air theater performances. A roving parade also goes through the middle of town and includes art displays, food for sale, and general revelry. There is a special night walk to the local cemetery Panteón de La Leona to view the graves and their altars. 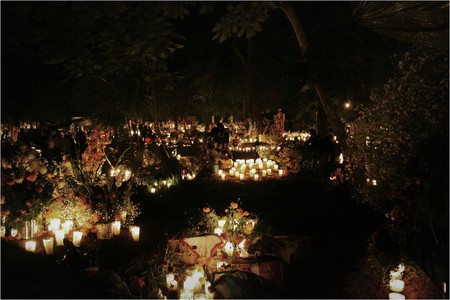 In Chiapa de Corzo, Chiapas, the biggest party is held in the cemetery. On the day of November 1, families head to the cemetery with flowers, decorations and food for their loved ones who have passed on. Graves are decorated, candles lit, and families settle in for the night to commune with the dead. Around midnight, catrinas and calacas parade through the cemetery paths. There is music, acting and a general sense of celebration as neighbors meet up with neighbors to drink, dance, and meditate on the lives of their dearly departed. 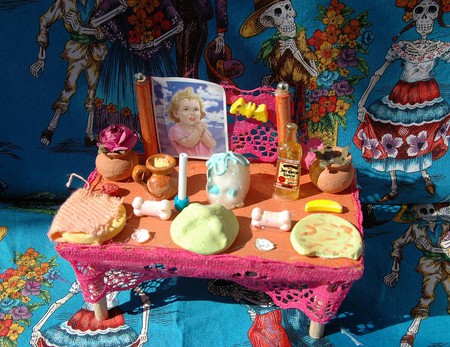 San Miguel de Allende is a popular tourist destination, there is no denying that – but not everyone knows about the annual Calaca Festival hosted during the Day of the Dead holiday. Male and female skeletons grace the streets for a massive parade during the festival, drinking and carrying on through town. There are also short films, art shows, guided cemetery visits, and workshops for kids. Each year the Calaca Festival also hosts at least one international artist to create a massive public art display somewhere in the city. This is all in addition to the city’s normal revelry for this holiday, which includes altars set up in the town’s main square and its hotels and businesses. 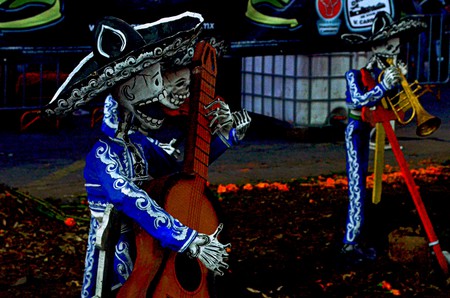 For something with lots of production and fun, Cancun’s biggest tourism operator and theme park hosts the Xcaret Vida y Muerte Festival each year. During the festivities there are cooking classes, pre-Hispanic dances, music performances, art shows, and workshops for kids and adults. Each year, a state is invited to showcase the special traditions of their region, and this year it will be Zacatecas, the mining state of the north. There is also a Gala Concert at the end of the festival. In 2018, the singers are Ely Guerra and Eugenia León.

In the lake town of Chignahuapan, Puebla (known for its hot springs and cool, foggy climate) the town holds its Festival de la Luz y la Vida (“Festival of Light and Life”) during the Día de los Muertos holiday. Visitors and locals alike walk from the center of town along a path out to the nearby Almoloya Lagoon — lit up by millions of candles, torches, and lights all along the way. Upon reaching the lagoon, the festival begins with a pre-Hispanic dance as an offering to the dearly departed and ends with fireworks.