How Octavio Paz Crafted The Poetic Portrait of Mexico’s Soul

The Mexican poet, writer and essayist Octavio Paz is remembered for his concern for politics, anthropology and Mexican society, and is considered one of the most important writers of the 20th century. 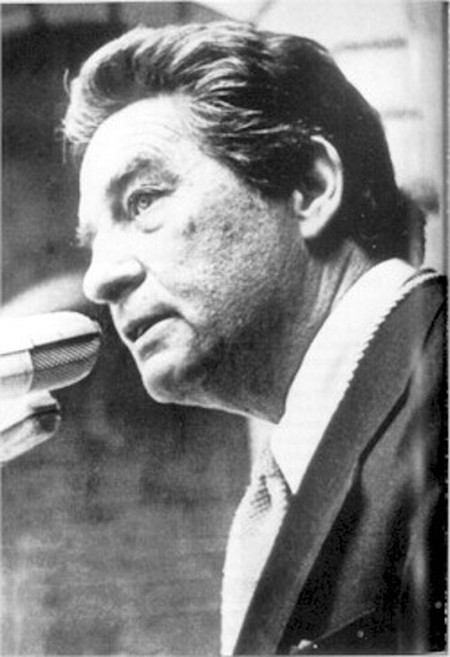 Octavio Paz was born in 1914 in Mexico, his family all had a passion for both politics and literature and he discovered his own poetic vocation at an early age. His grandfather was an intellectual liberal who wrote the first novel to feature indigenous themes and experiences, and Paz used to spend hours in his huge library. His father was also an active political journalist and a lawyer concerned with peasants’ rights. Through him, Paz was exposed to the Mexican proletariat, which was a decisive experience for him. Paz initially studied law in university but was obsessed by poetry and was especially influenced by the symbolists and romantics of the time, and fascinated by reading The Waste Land by T. S. Eliot. Through these readings he became interested in the relation between modern poetry and modern society and history, and got caught up in the revolutionary spirit, first going to Yucatan, where he helped to create socialist communes and started writing Between the Stone and the Flower (Entre la Piedra y la Flor) and then going to Spain during the Civil War in 1937, where he assisted the republican cause.
He became a member of the Mexican diplomatic service in the 1940s following which he travelled a lot, which enriched his writings. In France he wrote his most acclaimed book, The Labyrinth of Solitude, one of the most complete and profound analyses of the Mexican reality and its people. Paz was also appointed Mexican ambassador to India, which lead him to write The Monkey Grammarian and East Slope. He founded several magazines dedicated to arts and politics, such as Plural and Vuelta. He thought that for a writer it ‘is very important to have many professions, to have experience in life. To be diplomat, to be butcher, to be diver and to be a journalist. Because the journalist sees life as action and movement’. In 1990 Paz was awarded with The Nobel Prize in Literature ‘for impassioned writing with wide horizons, characterized by sensuous intelligence and humanistic integrity’.
His poetical labour is defined by experimentation and nonconformity, but it’s difficult to label due to his constant mutation. Neo-modernist in his early years, he later became more of an existential poet, and eventually a surrealist. The surrealist influence of André Breton gave Paz’s poems inner freedom and renewed imagination but he always maintained the lyrical qualities that defined his work. After the social concern of his first poems, he became more interested in existential topics and his poetry began to evoke themes of solitude and isolation. Paz was also obsessed with the concept of time which compelled him to create a spatial poetry, which he called topoems, an intellectual and almost metaphysic poetry which gives importance to the expressive power of plastic images. Paz has also written a prolific body of essays, including several book-length studies, in poetics, literary and art criticism, as well as on Mexican history, politics and culture.
By Laura Vila