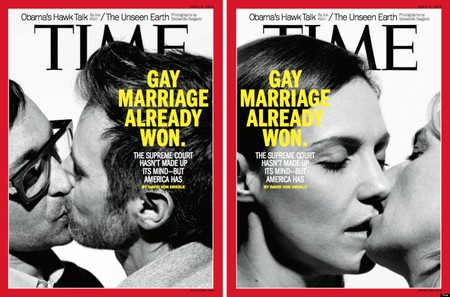 Far right party Frente Nacional Por La Familia has grabbed headlines across Mexico in the last few weeks for their mobilisation of thousands of protestors, marching in opposition to gay marriage rights and the government interference in teaching of sex education in schools. However, having conducted peaceful protests all across Mexico, particularly in heavily Catholic and conservative states such as Guanajuato and Querétaro, the so-called Marchasxlafamilia are now receiving public backlash.

Tens of thousands have recently taken to the streets bearing banners claiming that children need both a mother and father and that the countrywide legalisation of gay marriage (which is actually already legal in Mexico City and nine of Mexico’s other 31 states, including Jalisco, Quintana Roo and Sonora) would be unconstitutional. While protestors claim they are not against anyone’s sexual orientation, and in fact merely suggest they don’t want the government involving themselves in the teaching of ‘gender ideology’ in education, it’s clear to see why these protests have been considered homophobic.

‘We will construct an agenda whose principal aim is to strengthen the family.’

‘Allowing gay people to adopt is an aberration.’

Despite the, perhaps not unsurprising, support of Pope Francis, public opinion on the matter remains split, even though the voices of the discriminatory marches do seem to be shouting louder at the moment. In fact, many have condemned Mexicans in general for refusing to march in opposition to the corrupt government and the poor economic decision making of President Enrique Peña Nieto, whilst instead mobilising in favour of a seemingly discriminatory and homophobic campaign to quash human rights. Similarly, social media has been awash with the hypocrisy that pertains to the Catholic church itself, publishing images in which Catholic figures dismiss, deny and defend sexual abuse and paedophilia within the church, all the while maintaining that gay marriage and adoption are dangers to children.

‘Children abused by priests, who marches for them?’

‘The priest that was allegedly kidnapped, was actually found in a motel with a minor. What a mockery! #marchaxlafamilia ought to protest that.’

‘Exactly what is a normal family?’

One particularly telling example of public backlash came on September 10th, when a 12-year-old boy in the particularly conservative Guanajuato town of Celaya captured public attention by positioning himself in front of the oncoming protestors. Arms splayed, facing the masses, he later claimed he didn’t like the hateful marches as his uncle is gay. Similarly, gay rights supporters protested peacefully against the Marchasxlafamilia in Mexico City; Saturday, September 24th saw the two sides meet one another at the Ángel de la Independencia monument – one small group in favour of the President’s decision to legalise gay marriage, and the other much larger group supporting the policies of the Frente Nacional Por La Familia. Despite the peaceful nature of the protest, police forces were deployed to keep the crowds in check. Finally, in perhaps the most recent pop culture show of support for gay rights, Spanish actress María León and singer Ana Torroja shared a politically-inspired kiss at their concert in Mexico City.

According to cruxnow.com, one gay school teacher asserted that ‘just because they are the majority, doesn’t mean they can take rights away from minorities’. In Mexico, this remains to be seen.