Tamúl | © Luna sin estrellas/Flickr
For waterfall lovers, Mexico would make for an ideal destination. From the north to the very south of the country, there are literally hundreds of spectacular waterfalls to marvel over and sometimes even swim in! While it would certainly make for an interesting challenge to try and visit them all, we’ve taken the liberty of rounding up the top 10 for you to add to your Mexico bucket list.

This is arguably one of the best known and most-visited of all Mexico’s waterfalls, so it makes sense to kick off our guide with Agua Azul, Chiapas. Literally meaning ‘Blue Water’, if you’ve visited before you’ll know exactly why it’s named as such – the water is almost dazzlingly aquamarine due to the mineral content and flows down over several falls and pools, many of which you can swim in. However, avoid the rainy season (June to September) because that’s when the waters turn a muddy brown colour. 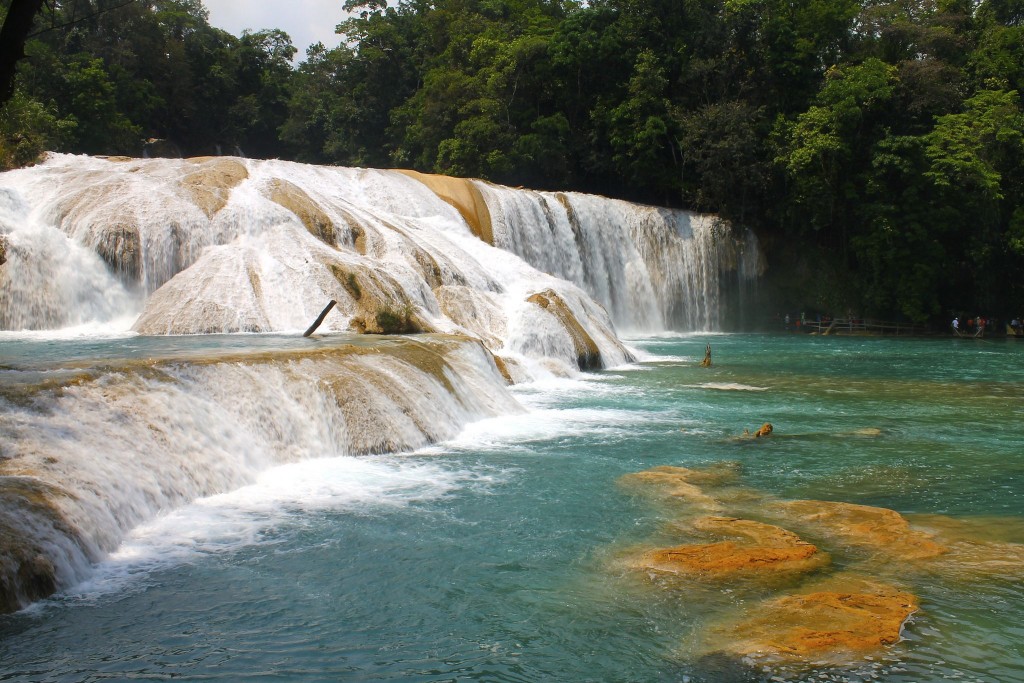 Moving from south to north, we reach great heights (quite literally) with the Basaseachi waterfall of Chihuahua. This is in fact the highest waterfall in the country at a magnificent 246 metres (putting to one side the Piedra Volada waterfall during rainy season, which is a tad higher). Understandably, it’s not exactly made for bathing, but it was born to be admired. What’s more, it’s located in the magnificent Copper Canyon, meaning the surroundings aren’t to be sniffed at either. 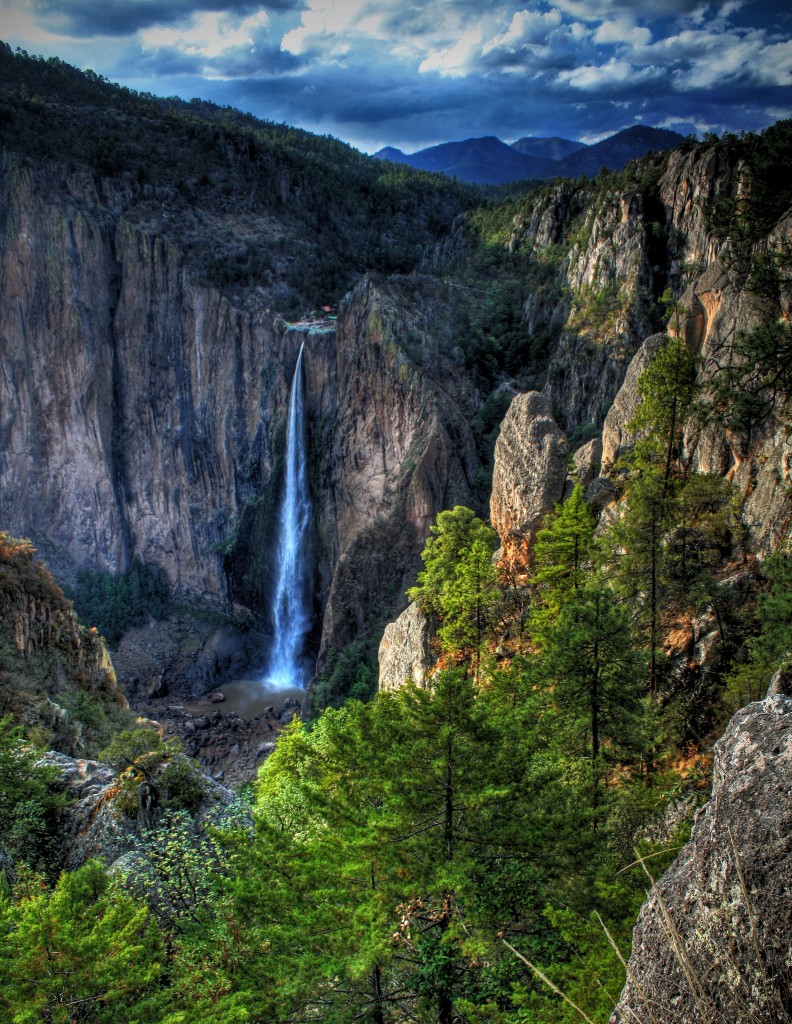 Moving further east to Nuevo León, the Cola de Caballo makes for another excellent destination in this often hot, dry state. One of the area’s principal attractions, it’s a mere 40km from the capital Monterrey and, as the name Horse Tail implies, looks just like the rear end of one of our equine friends. While it may be much smaller than the previous entries, at around 25 metres high, the surrounding areas offer the opportunity for a ton of activities like bungee jumping and ziplining. 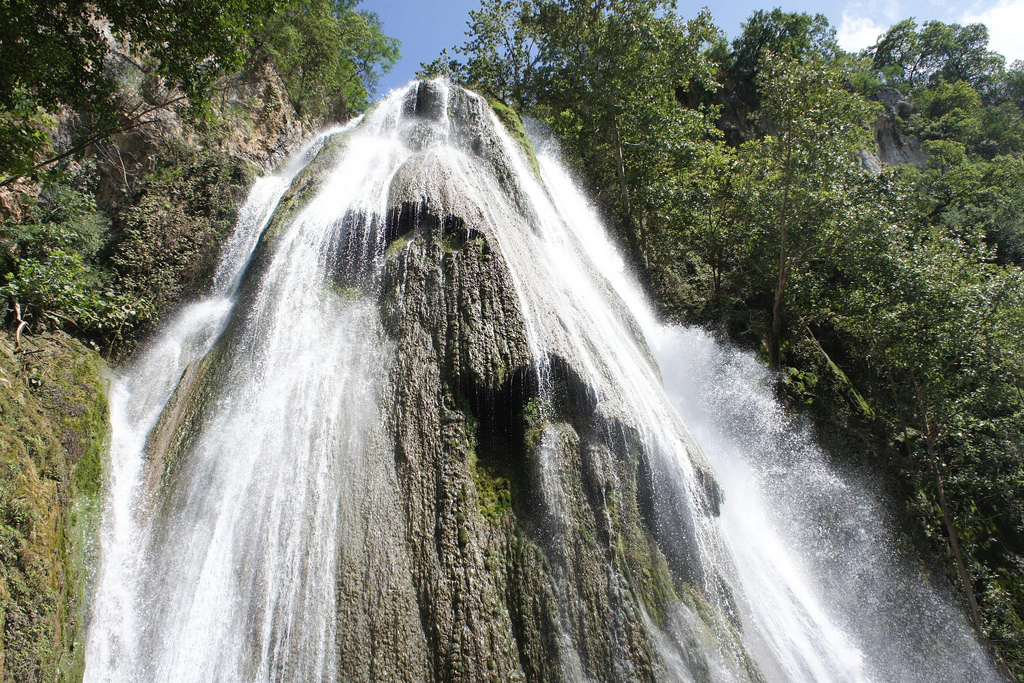 So, this is not technically a waterfall in the traditional sense, but rather a set of petrified waterfalls that rather excellently give the impression of streams of running water. Formed as a result of the fresh springs that are found on the site (in which you can bathe), the high mineral content gives the formation its impressive white appearance which has developed over thousands of years. Although many of the pools are artificially constructed, there’s otherwise nothing fake about this, um, false waterfall. 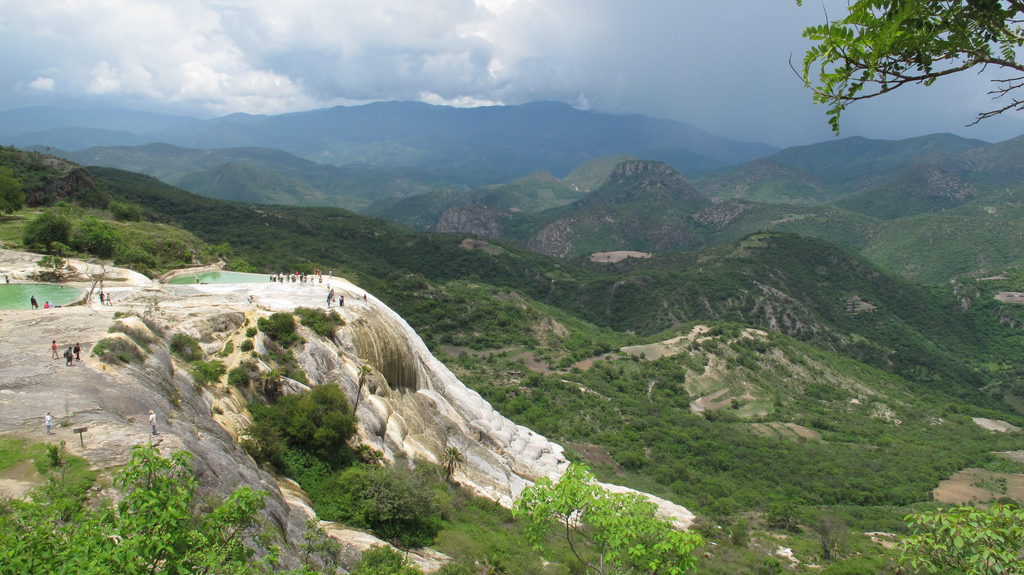 Perhaps the least well-known waterfall on our guide, this one is particularly great due to its lesser-traversed, out of the way location and popularity amongst locals rather than travellers. Situated deep within the Tabasco jungle, in the pueblo mágico of Tapijulapa and the Reserva Ecológica Villa Luz, it’s relatively easy to stumble upon and has a small pool at the base, in which you can take a refreshing break from the humidity of the Gulf of Mexico. 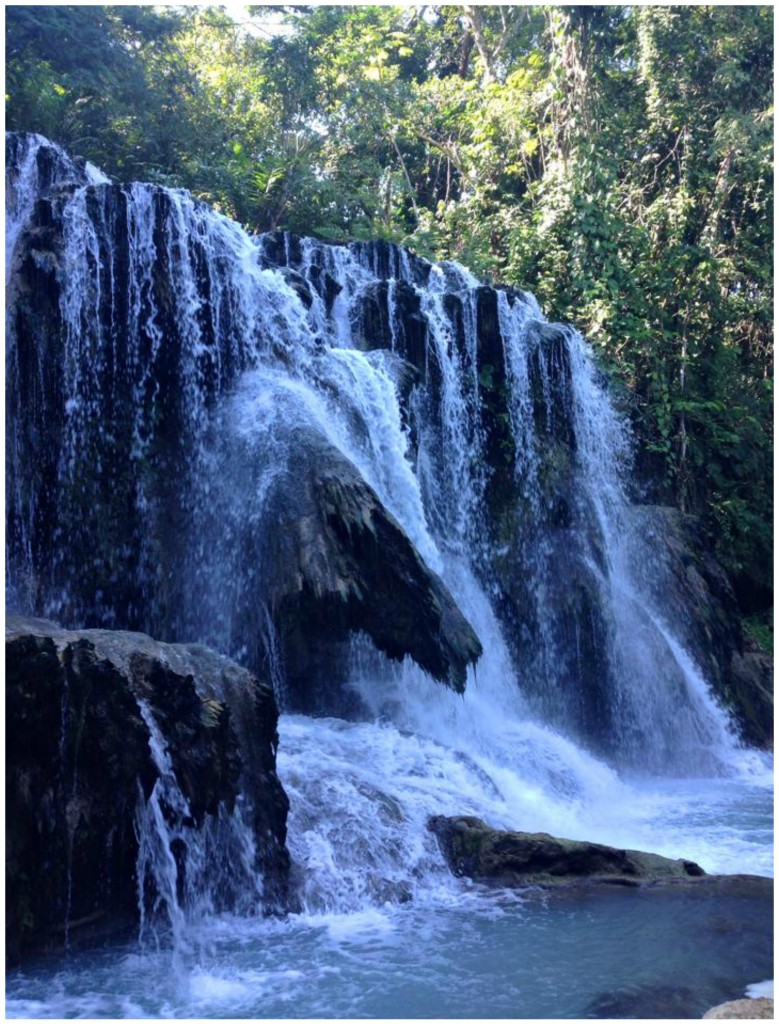 Named for the Ch’ol word for ‘Water Falls’, Misol-Há is a popular stopping point for travellers taking tours to the nearby Agua Azul waterfalls. However, don’t let the almost guaranteed hordes of tourists put you off because this stunning waterfall is well worth the visit. You can pose for the obligatory I-visited-Misol-Há-photo on the giant boulder by the edge of the water, swim in the enticing (but deep) pool or wander behind the waterfall to the cave. 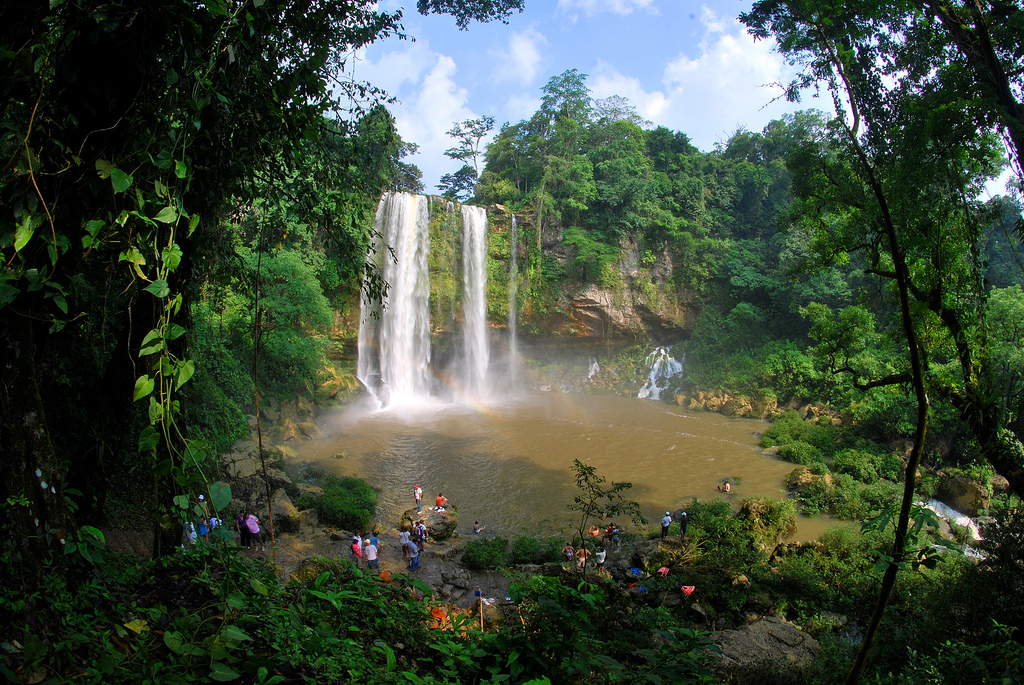 Our only Michoacán entry, the complexly named Tzararácua waterfall is situated very close to the town of Uruapan, within a protected area known as Tzaracuita. Standing tall at 60 metres high, this gorgeous flow of water is most definitely the park’s principal attraction and with good reason; you can either rappel or walk down it before arriving to the base of the waterfall and setting up camp for the night if you so choose. If you don’t fancy walking, you can even descend on horseback! 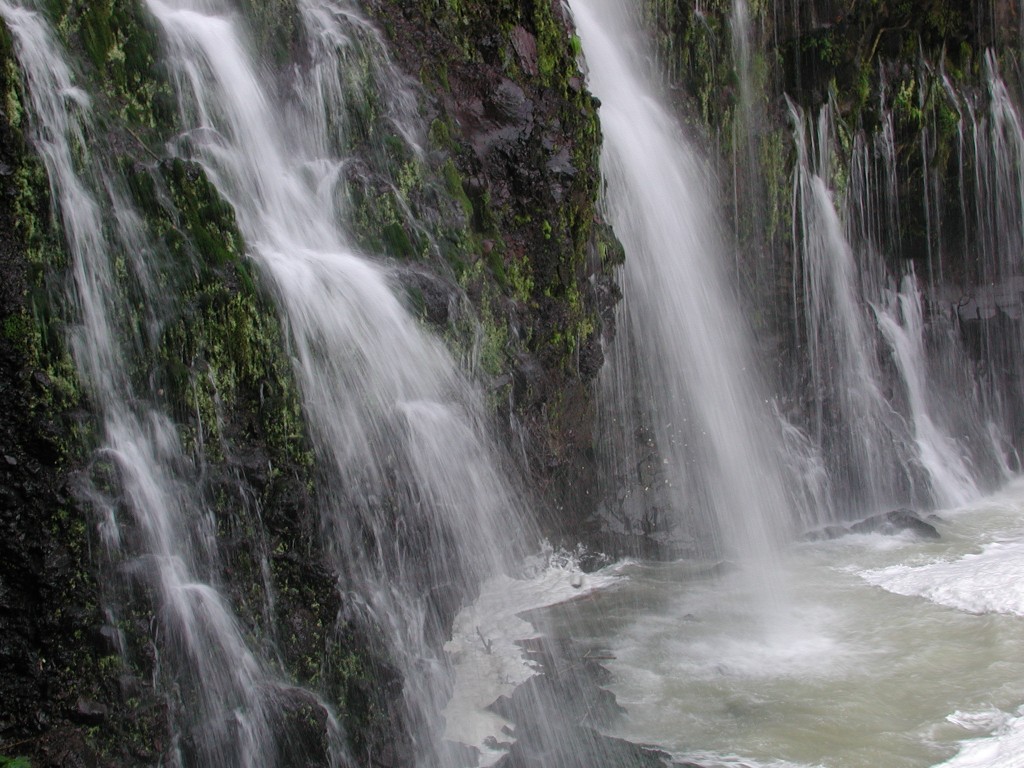 A mere 35 minutes outside of the pueblo mágico Zacatlán de las Manzanas, the Tulimán waterfall is a spectacular example that falls over three distinct levels and is spread over almost 3o0 metres. While you can’t take a dip in this splashing, crashing waterfall, there are numerous other activities you can indulge in in the area, most notably hiking and ziplining. Plus, there’s the option to rent a cabin there too. 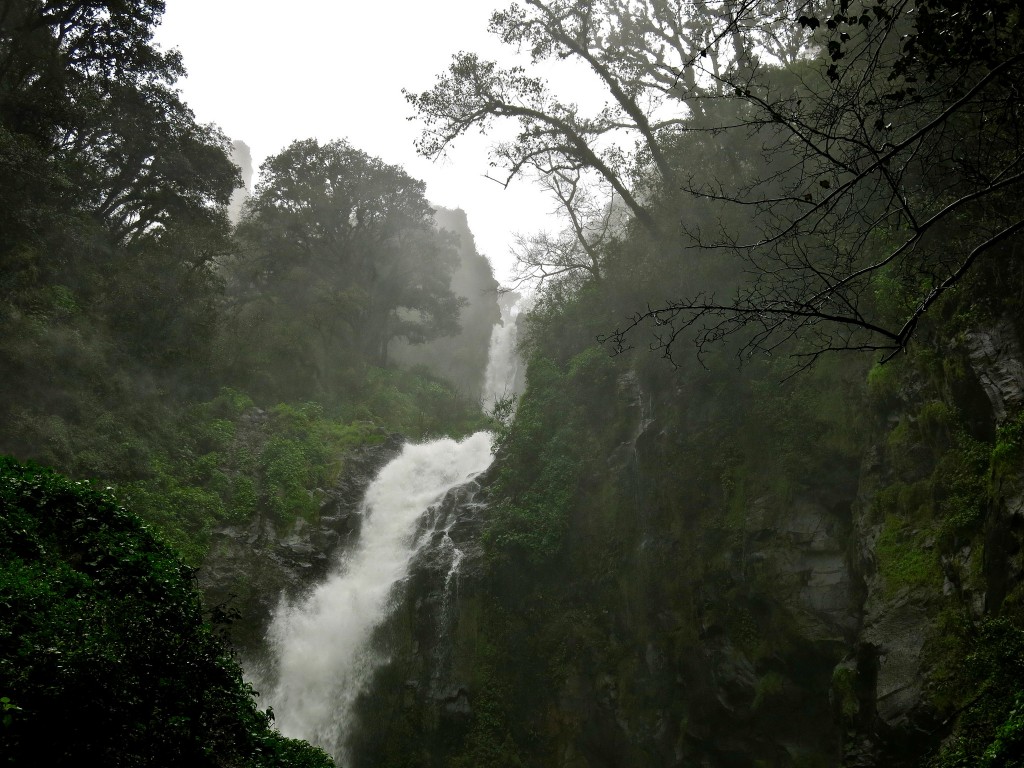 The name Salto de Eyipantla in Náhuatl supposedly means ‘three streamed waterfall’ and that excellently describes just what you’ll find if you venture into the often turbulent state of Veracruz to see this marvellous natural wonder. If you stand too close you’re sure to get sprayed with the water flying off the falls, however you might end up being quite grateful for that in the sweltering heat of Veracruz state! One of the best parts of Salto de Eyipantla is the rope bridge (and view point) which allows you to get a great look at the waterfall. 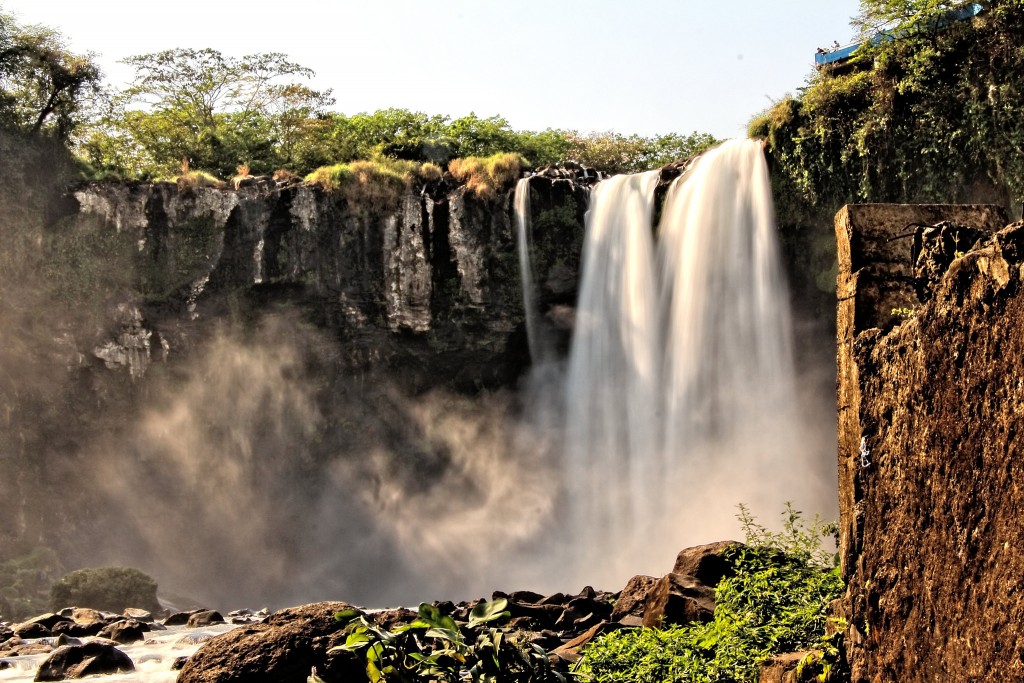 Finally, our only entry from San Luis Potosí (which in its own right has a wealth of impressive and photo-worthy waterfalls) is perhaps the best of the bunch. This enormous waterfall destination – that state’s largest, in fact – is a long-time favourite with travellers given that it’s situated in the heart of the Huasteca Potosina and accessible by kayak. Starting from Río Gallinas, the startlingly azure waters are a sight to behold and a visit here makes for an unforgettable experience. 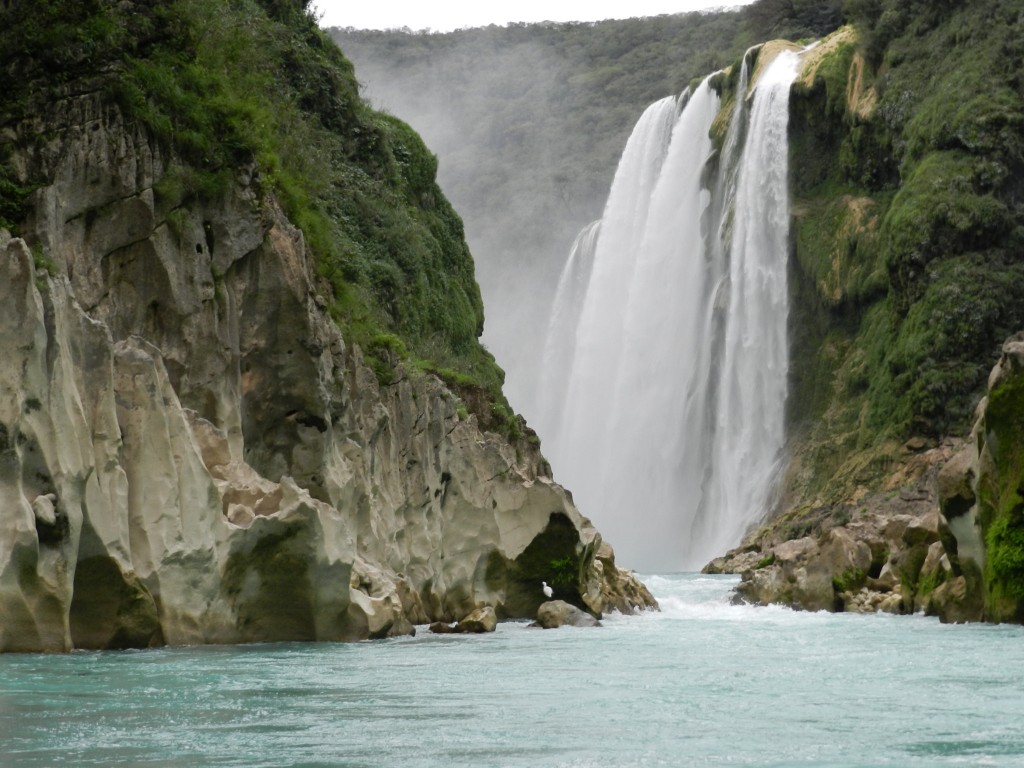