Mexico’s designers are coming up with some of the most exciting ways to promote sustainable design in both private and public spaces. Bright, colorful, and always with a sense of fun, Mexican design is one to keep an eye on for the future.

“Made in Mexico” is something usually associated with mass produced goods, and yet Mexican designers are currently on the brink of some very exciting innovations. By utilizing their heritage of craft and handmade goods, these designers are looking at sustainable design with a fresh perspective. Many of them have backgrounds in industrial design, which allows for a sense of perspective when designing for public spaces, as well as creating alternate solutions to current design systems. Mexico itself provides an interesting dichotomy between rich and poor – something that allows these designers to explore eco-design on a number of levels.

An initiative set up by Specialle®, TOP MEXICAN DESIGNERS seeks to promote Mexican design on a global scale. Its first inception was at Design Week Mexico 2011, and came about as a result of a collaboration between Ariel Rojo and Specialle®. It is formed of a collection of vinyl wall-coverings, designed by a number of highly regarded Mexican designers from a wide range of disciplines, including architecture, graphics and furniture design. Specialle® believe that these wall-coverings promote a more responsible and eco-friendly means of design: the backing for the wall coverings is made from 100% recycled PET. Additionally, the designs created have a variety of important references that all in some way relate to Mexico. Whether historically, culturally or socially they all characterise the Mexican identity in one way or another.

With a background in industrial design and urban planning, Ariel Rojo is firmly committed to improving the quality of life through design solutions. With a varied and multidisciplinary approach, Rojo’s Design Studio has a clear environmental agenda, championing recycling, the use of recyclable materials and improving urban spaces. At 21, he was a part of the winning team for the remodelling project for the Zocalo in Mexico City, one of the three largest squares in the world. Additionally, he received an individual mention for his design of the urban furniture. One such example of his work is the Al-ma Linea, a collection of outdoor furniture made from 100% recycled aluminium waste which is both long-lasting and highly resistant to corrosion. 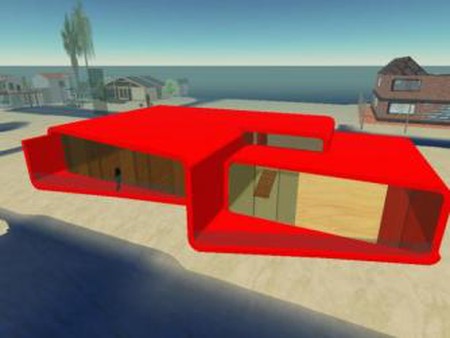 Primarily an architect, Rojkind studied Architecture and Urban Planning at the Universidad Iberoamericana and set up his architectural firm, Rojkind Arquitectos, in 2002. Inspired by the challenges that face contemporary society, Rojkind endeavours to explore the feasibility of designing spaces that are not purely functional, but go beyond to create compelling experiences. He has won multiple awards for his designs such as the International Architecture Award (2008), and frequently collaborates with other designers. A part of the TOP MEXICAN DESIGNERS collection, he created a series of wallpapers that certainly relate to his architectural style. Additionally, he worked with Esrawe Studio to create the fantastical Tori Tori Restaurant in Polanco, completed in 2011. 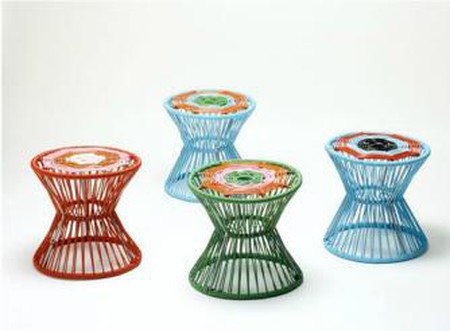 One of Mexico’s most prestigious designers, Cecilia León de la Barra is inspired by the colour and vivacity of traditional folk arts. She then transforms them into innovative and fresh designs for the 21st Century. Looking to her surroundings and everyday life for new ideas, León de la Barra creates products that are fun, attractive and ultimately useful. With a background in industrial design, she has been working both independently and in collaboration with other designers and architects since 2000. A member of NEL as well as collaborating with PIRWI and TOP MEXICAN DESIGNERS, León de la Barra is conscientious about both the environment, as well as supporting local artisans and communities. 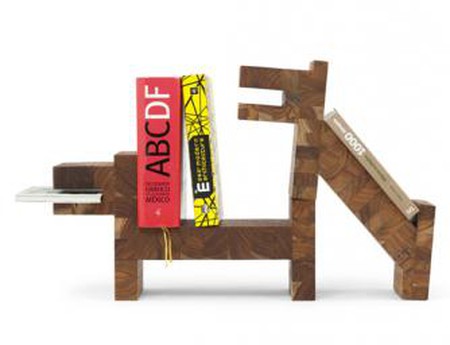 NEL was founded in 2004 to serve as a platform for design experimentation based on an ever-evolving collective of Mexican designers. The current members are Ricardo Casas, Alejandro Castro, Héctor Esrawe, Emiliano Godoy and Cecilia León de la Barra. It serves as a channel to create and exhibit projects that are conceptually focused and have a range of messages. Some examples of politically engaging designs are: the Global Warming rug for the Spanish rug and carpet company Nanimarquina, which shows a polar bear on a tiny icecap in the middle of a vast blue sea. Despite often having a political message, there is always an element of playfulness; the primary aim is to tell a story and explore new means of aesthetic representation, such as can be seen in a series of benches and storage units made from ethically sourced Teak, named The Pack of Dogs after their canine shape. 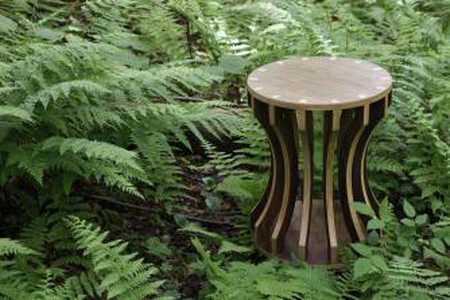 Having spent some time working for Esrawe Studio in 2003, Ricardo Casas established his own studio in 2009. Given that his background is based in Interior Spaces Design, Ricardo Casas Design (RCD) is a design company that was set up to specialise in interior, furniture and product design. RCD offers their clients innovative solutions to fit their needs and expectations through a methodology and process of observation, investigation and exploration. A regular collaborator with PIRWI, Casas’ furniture is both beautifully crafted and, where possible, ethically sourced. In favour of experimentation, his products are often innovative and exciting in their design. As one of the founding members of NEL, Casas’ has been involved in a number of collaborations that have had far reaching impact. 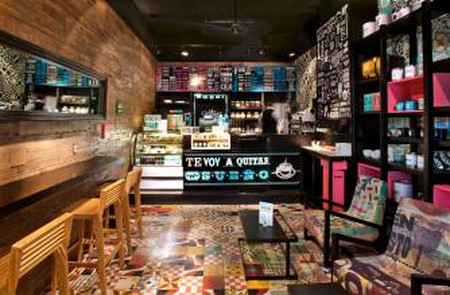 Héctor Esrawe began his career as an independent designer in 1992, and has since risen to become one of Mexico’s most prominent 21st Century designers. Having studied Industrial Design at the Universidad Iberoamericana, Esrawe is also the founder of the NEL collective and is still a member today. His design practices draw from craft and go to form objects that are a part of a whole interior. His studio, which he set up shortly after graduating, is more of a design workshop that looks to continually develop concepts of interior design and furniture production. Composed of an experienced group of designers and architects, Esrawe Studio have been involved in a number of collaborations, including a successful partnership with Rojkind Arquitectos on the Tori Tori Restaurant in Polanco. 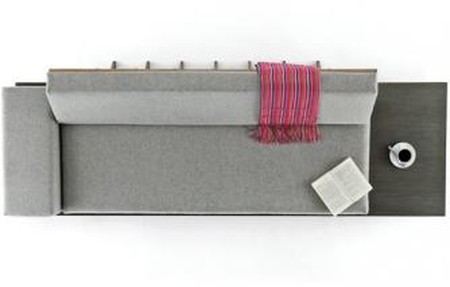 PIRWI is arguably one of the most exciting design companies to come out of Mexico. With an approach to materials that is entirely founded on sustainability and eco-friendliness, the designers at PIRWI create beautiful products with as low a carbon footprint as they can achieve. They apply this mantra to every aspect of their work, from selecting the materials they use to the manufacturing processes they engage with to create them. In doing so, they are in fact developing new design strategies in order to create their products. Efficient manufacturing and product utility are core values at PIRWI, and is fundamental to the production of their objects. They ensure that the least amount of waste occurs through relentless Life Cycle Assessments and structural analysis of each product design. Green through and through, PIRWI is leading the way for a new model of product design and manufacturing processes. 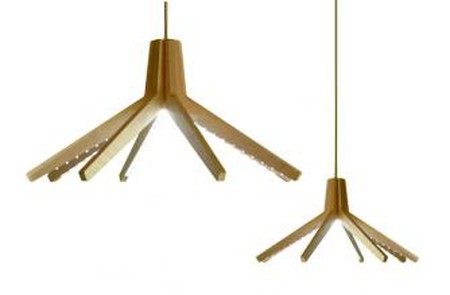 Another member of both NEL and PIRWI is Alejandro Castro, a designer with an industrial background who works principally in furniture and interior design. As one of the founders of PIRWI, along with Emiliano Godoy, Castro is another designer with a clear view that the future of design should be sustainable. He also runs his own design studio from which he develops a wide range of projects that range from interior design, to brand development and commercial projects. To these projects he brings his strong sense of sustainability, as well as sociability, while within his public interiors Castro creates a sense of togetherness, warmth and belonging. With sensitivity towards materials, and quality craftsmanship, Castro’s creations are elegant and would sit happily within any interior. 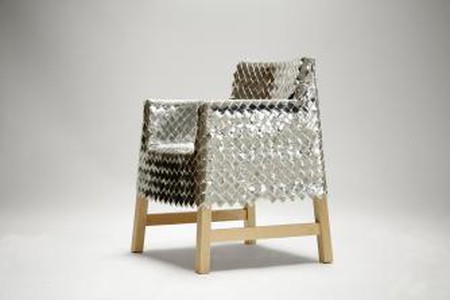 With a strong ethical stance, Emiliano Godoy’s design form focuses on environmental and social products, believing that in order for society to move forwards, mass production practices need to change. Godoy uses design as a tool with which to develop new products and practices that can be more sustainable for the future, as well as attempting to change consumption patterns. Working on a wide variety of projects and in a number of collaborations, he believes that collaboration and solidarity in design practices are key. He says that a sustainable future cannot exist if the design world is governed by secrecy and competition, and states that designers should cease to work with harmful materials, simply for convenience sake. Design that is based on financial gain cannot have a public agenda, therefore he endeavours to produce intelligent and informed modes of design for a better future.