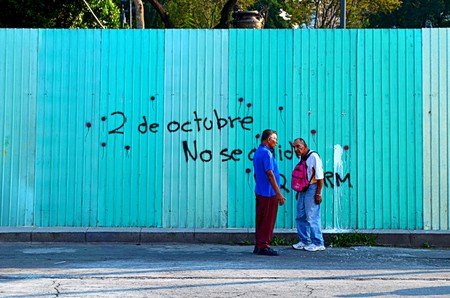 In 1968, student protestors were shot at by military forces in the Plaza de las Tres Culturas, Mexico City. Now, 48 years on from the horrendous events of that day which widely impacted the collective Mexican consciousness, and just weeks after the peaceful memorial marches for the 2014 Ayotzinapa kidnappings, Mexico City found itself once again remembering its dead.

It was the year that Mexico City was to host the Olympics, but put ‘Mexico’ and ‘1968’ together and the lingering memory is not one of sporting achievements and most definitely not one of national pride. Instead, October 2nd was the date of one of the most horrific acts of government repression and violence in the country’s long and often bloody history, and many tie it inextricably to the arrival of Latin America’s first Olympic Games. 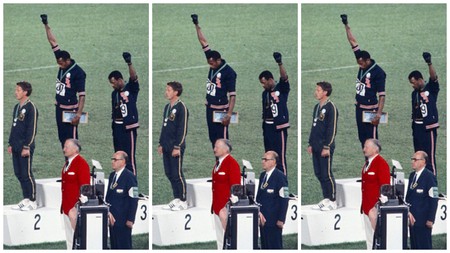 Despite attempts to maintain order in preparation for the Games – which due to the high altitude of the city, had a semi-disastrous impact on track and field world records – the student protests had been gathering force for months, and the then-President Gustavo Díaz Ordaz was becoming increasingly concerned that they would interfere with the landmark arrival of the Olympics. Nevertheless, some 10,000 student protestors and civilians came together for a peaceful gathering at the Plaza de las Tres Culturas, situated in Tlatelolco. While the government tried to present the march as violent and dangerous, in the aftermath of what was to occur later that evening, there is in fact little evidence to support this assertion. Only with the arrival of a vast swathe of armed forces, did the protest turn violent. 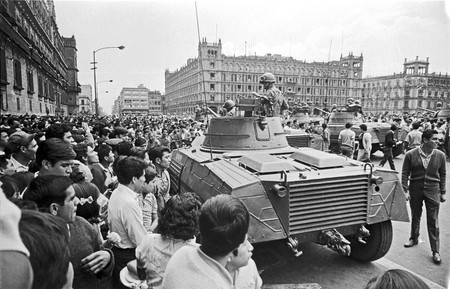 Little is known about the ensuing chaos, due to conflicting eye-witness and ‘official’ reports on the matter, but it is widely assumed that military forces were the first to shoot under government orders to suppress the event. Entrances were sealed off, and snipers positioned on roofs and in buildings that surrounded the square were told to shoot at military forces so as to provoke them. It later transpired that these snipers were Presidential Guards, working on government orders. The killings did not stop after the initial gunfire at the Plaza however, as members of the so-called Olympia Battalion (a secret government group that was to act as security for the Olympic Games) knocked door to door in search of students hiding out in nearby houses. 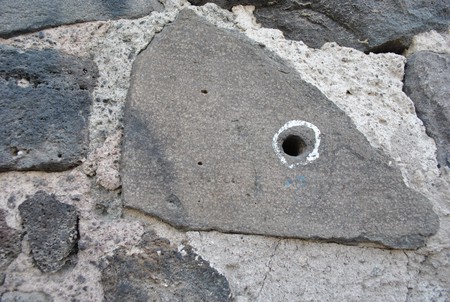 In the aftermath of the tragic events, ‘official’ reports claimed that only 27 people were killed that evening, when in actuality figures put the number at closer to 300. With the eventual release of classified government documents in 2001 (thanks to Vicente Fox, the first non-PRI president in over 70 years), it was proven that the ‘unofficial’, eye-witness accounts of October 2nd were in fact correct. One such key example is the information presented by Elena Poniatowska in her book La noche de Tlatelolco (1971). 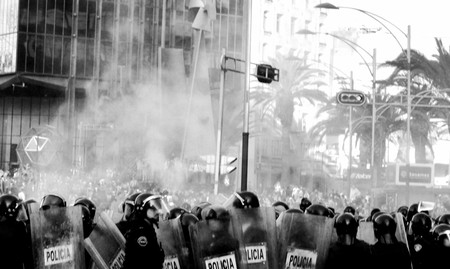 Declared an official National Day of Mourning in 2008, October 2nd has for years been the date of marches and protests in memory of the events of 1968 and this year was no different. While ordinarily the protests can turn violent, Mexico City was this year the site of a peaceful march through the city centre towards Tlatelolco, with states such as Michoacán also honouring the dead. Unsurprisingly, anti-government sentiments and posters were rife. But at least one thing is for sure – the legacy of ’68 no se olvida (won’t be forgotten). 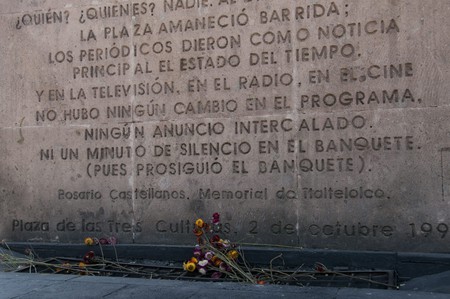