Tasty Tacos/ ©Pixabay
Mexico City has a cosmopolitan feel that stretches from its thriving contemporary art scene to its restaurants and cafes. Faced with an exciting new generation of young chefs who are upholding the traditions of Mexican cuisine whilst adding their own unique flair, we update our previous article on the 10 best restaurants in Mexico City with some new favorites.

Quintonil is the manifestation of a formidable partnership between Alejandra Flores and Jorge Vallejo. The latter has worked at the prestigious, award-winning Noma in Copenhagen. Flores, on the other hand, is a vastly experienced restaurateur who imbues Quintonil with a warm and welcoming atmosphere in her front-of-house role. To give you a flavor of what the restaurant serves, diners can include dishes such as octopus with potatoes. Quintonil has also featured in the S. Pellegrino list of Latin America’s 50 Best Restaurants on multiple occassions. 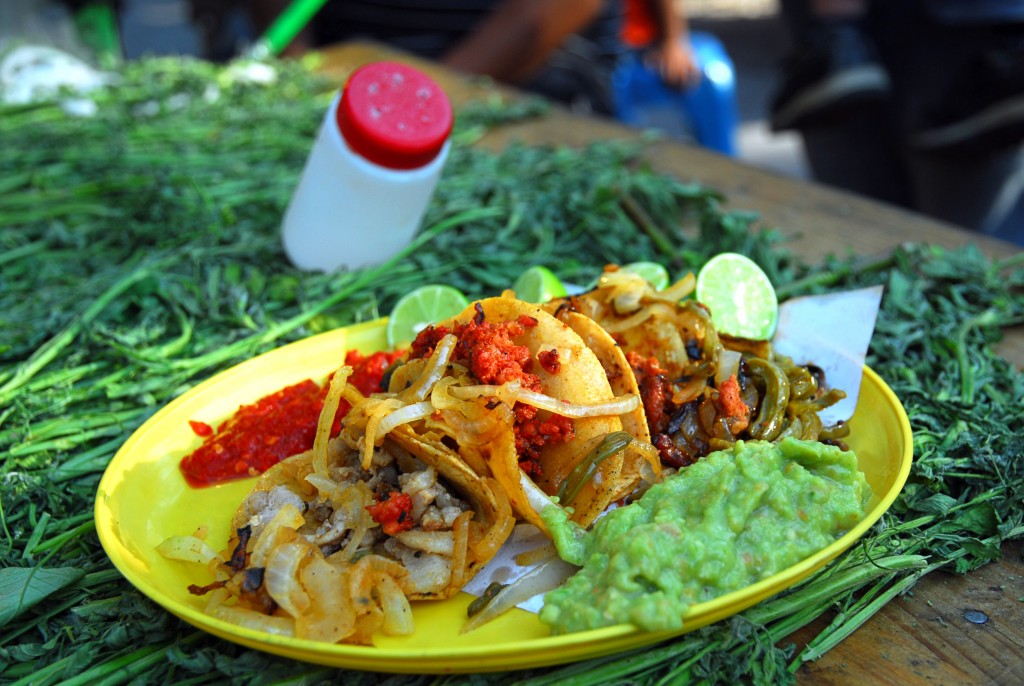 Angelopolitano demonstrates that even the most traditional, authentic Mexican flavors can blossom when given a contemporary makeover. This chic venue is all about a contemporary approach, and great presentation – both in its stylish interior and its dishes, which come adorned with flowers, herbs and fruits, creating bold and colorful culinary statements, courtesy of gourmet-loving Chef Gerardo Quezadas Orendain. In addition to its sense of style, Angelopolitano is also considered to be one of the best places in the city to sample the essential Mexican dish chiles en nogada – starring walnuts and pomegranate seeds.

Ricardo Muñoz Zurita, head chef at Azul Condesa, is incredibly influential in Mexico, as he is also a prolific food writer, specializing in Mexican cuisine. His book Diccionario Enciclopedico de la Gastronomia Mexicana covers everything that you need to know about cooking in this part of the world. Zurita has also opened restaurants in order to showcase the food mentioned in his books, combining theory with practice. He has opened three other restaurants in Mexico City however, Azul Condesa is arguably his best. It’s spread over two floors, and also boasts a beautful garden.

Biko is led by a team of three prominent chefs: Mikel Alonso, who was born in France,  Gerard Bellver a native of Catalonia, and Bruno Oteiza from San Sebastián. At Biko, the chefs combine their experiences to make a coherent and thrilling form of molecular gastronomy. Scientific methods are used to reinterpret Mexican cuisine, providing sensory experiences. It is no wonder Biko has previously been ranked sixth in S. Pellegrino’s Latin America’s 50 Best Restaurants.