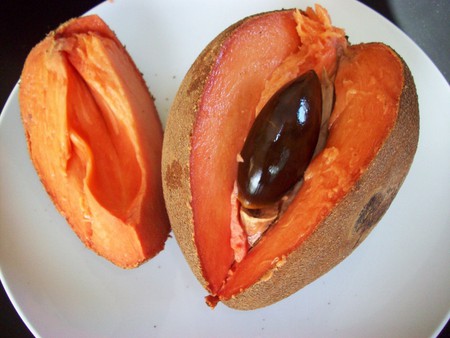 Mexico is a country rich in delicious, exotic fruits and vegetables that you’ll rarely find elsewhere, and one of the perks of visiting is that these fresh and healthy foods are available daily on your doorstep. Step into any Mexican market and you’re likely to stumble across several root vegetables or spiky-shelled fruits that you’ve probably never even heard of, let alone seen; here are the ones you need to keep an eye out for.

No, in Mexico tuna does not refer to tuna fish (that would be atún). Instead, it’s a pear-sized fruit that grows on cacti across Mexico and is regularly sold by street-side fruit vendors, alongside the more commonly spotted pineapples and papayas. The lightly spiky skin, which can be either purple or green, must be peeled off before eating, and once you get to the sweet and melon-esque fruit’s flesh, watch out for the hard, black seeds that are edible but unchewable. 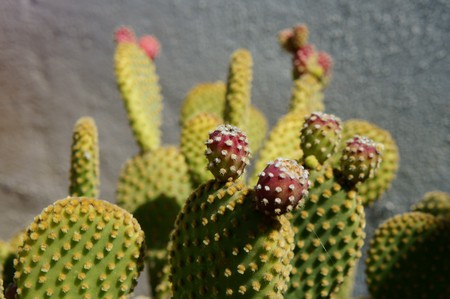 Tuna growing on the cactus | © scanudas/Flickr

Sometimes written with an ‘s’ (sapote), the zapote is a catch all term that applies to several different kinds of fruit, such as the zapote negro, zapote amarillo and the mamey. The zapote negro looks green on the outside, but is dark brown on the inside and has a ligh chocolatey taste. The mamey, on the other hand, has a kiwi-like brown skin and vibrant orange interior surrounding a shiny black pit. Described as having a honeyed almond flavor, or a taste akin to a sweet pumpkin, mamey is commonly found blended into juices or ice creams and is highly nutritious. 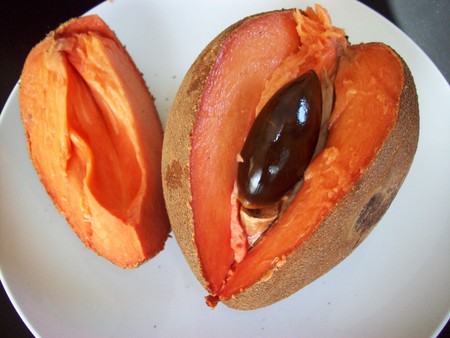 Known as soursop in English, the guanabana fruit will most likely be a familiar flavor and name to those who have visited Mexico. As with the above mamey, it is a popular ice cream flavor and has a taste similar to that of a tart, strawberry-banana hybrid. You’ll also find juices made of guanabana. Strangely spiky on the outside, the fruit itself is quite large and has a white interior dotted with black seeds. Apparently, it’s very beneficial for your health, too. 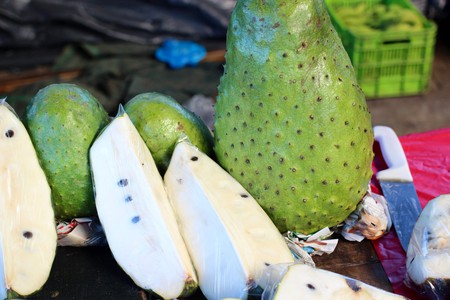 Maracuyá, sometimes written maracujá, is essentially a passionfruit although its skin is typically bright yellow rather than deep purple. However, there are several variations (and a confusing variety of names!) of fruits that are similar to the humble maracuyá. One of those is the so-called granada china or granadilla. The fruit most like these in English would be the sweet passionfruit, and as the name suggests, granadillas have a sweeter flavor, but still feature the distinctive, slimy pulp in the center. 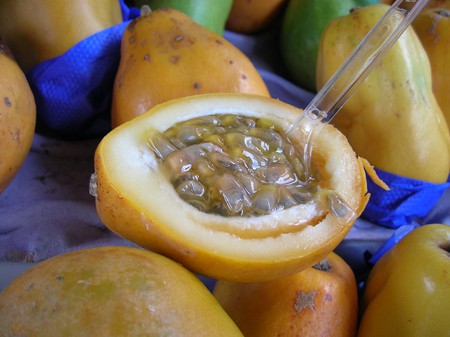 Highly regional and seasonal in Mexico, pitayas are regularly described as fruit that looks like brains. This perhaps owes to the fact that when you peel back the bumpy green skin, the innards are slimy, vibrantly colored and, yes, distinctly brain-like. Don’t be deterred, though, because they have a sweet and juicy taste. In Mexico, you can find variations that have red, orange, pink and white insides, all of which have subtly different flavors. Commonly confused with dragon fruit (pithaya), the pitaya without an ‘h’ is a slightly different species. 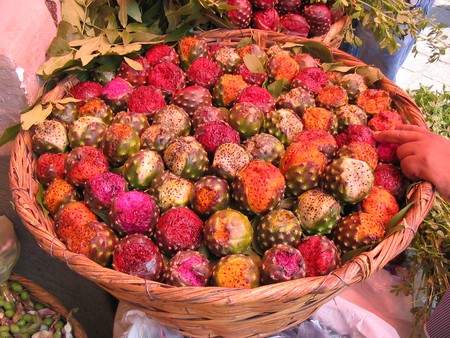 Even though it’s a vegetable and not a fruit, the mild flavored chayote is regularly compared to a savory pear. This is because it looks remarkably similar, if a bit rougher around the edges, to sweet pears. However, its flavor is very different — sort of like a mix between a juicier, but very mildly flavored potato and a courgette. While it can be eaten raw or mashed, it’s not uncommon to see street vendors selling it from carts and serving it up with sour cream, chili and lime. There is also a prickly variety, which is supposedly sweeter. 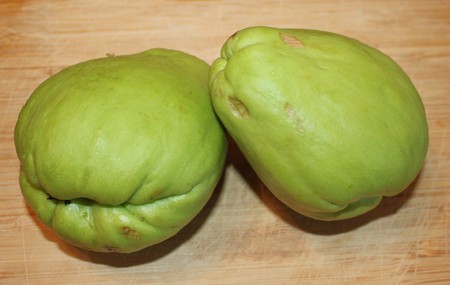 You’ll undoubtedly stumble across the humble jicama during your time in Mexico, as this large root vegetable is often served grated with carrot and topped with lime and chili, or sliced into handy strips which make for the perfect on the go snack. With a taste similar to a cucumber, albeit one that’s been dried out to make it less water and more bite, they make for an inoffensive addition to salads and a refreshingly healthy snack in the warmer climates of coastal Mexico. 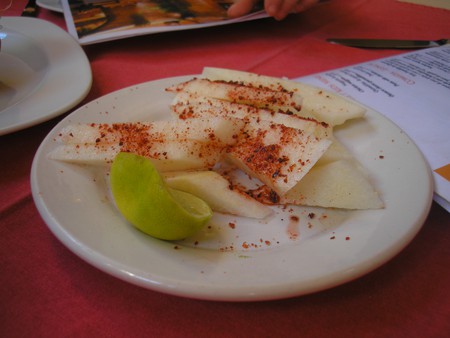 Nanche is accompanied by a pungent scent and an equally strong but sweet flavor. Due to this tiny yellow fruit’s wildly overpowering taste, it is most commonly incorporated into other dished and products. For example, in Nicaragua it’s common to use them in icy raspados (shaved ice and flavored syrup), whereas in Mexico you’ll see jams, juices and liquors made with this small, resilient fruit. You can find them across central and south America, and they’re reportedly very good for your health. 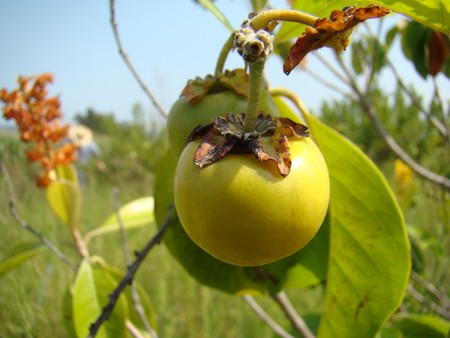 In Mexico, cacti don’t just make for low maintenance house plants — they also make for excellent, if sometimes slimy, snacks. Made from the large, iconic cactus paddles (minus the spines), side dishes of nopal are often found in taquerías, given that they make for the perfect taco topping. Equally, you’ll see them in salads and sometimes in breakfast joints, to accompany your eggs. While they look off-puttingly slimy at first, you’ll realize that the taste is actually akin to that of a green bean — tender, fresh and surprisingly delicious. 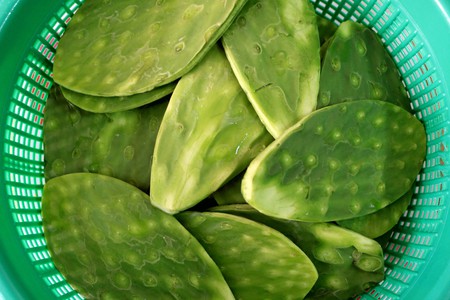 Finally, we round off our guide to Mexico’s weird and wonderful fruits and veggies with a fruit grape-like in appearance, but more akin to a lychee or rambutan in texture when you crack open its protective shell. Known as huayas, sometimes spelled guayas, they also go by several other names such as mamoncillo in Cuba and Spanish limes in English. Particularly common in Yucatán, the jelly-like, creamy white colored flesh is a tad sour, but juicy and refreshing. 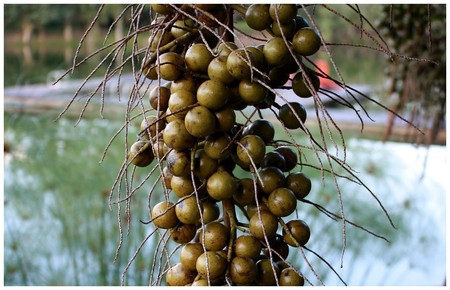