Menu of the Day: Mexico's Yucatan 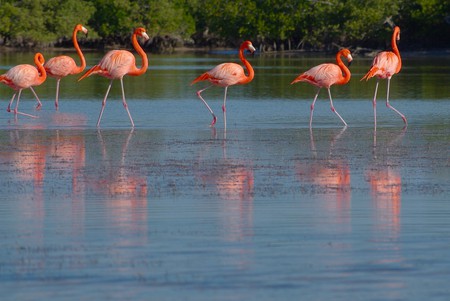 The Yucatan peninsula is one of Mexico’s most gastronomically interesting areas. Their poor soils and hot climate give them a particular palate of ingredients to work with, and food preservation in the tropics is always on the minds of Yucatecan chefs. This was the impetus behind their famous underground pit cooking method (pibil) – as a way to preserve wild game. French, Spanish, and Caribbean culinary influences here blend with ancient Maya traditions and flavors. While the food is generally not outrageously spicy, they are home to some of the world’s hottest peppers, apparent in their spicy salsas. You will find poultry and pork taking center stage here and a culinary history as strong as the people that call the peninsula their home.

In this very hot climate you are going to want something ice cold and refreshing. How about a Yucatecan craft beer? That’s right, craft beer isn’t just coming out of Baja California anymore. Here’s a list of ten brands you should give a shot.

To whet the appetite

You might not think of wasp larvae as a delicacy, but you would be wrong. Their nests are hard to find in the tropics of the Yucatan, so much so that many people have only had one chance to eat them in a lifetime. Cooked on a hot comal and then sprinkled with warm salt and lime, these tiny larvae, in addition to being delicious, are said to be an aphrodisiac.

This is one of our favorite Yucatan dishes that is so delicious in its simplicity. Chicken soup with sweet lime essence is fragrant and floral, and its base is a recado (a type of seasoned paste base like a bouillon) that is hard to get outside of the Yucatan. For that matter, sweet lime is virtually impossible to get outside of the growing region, so best just to head to the Yucatan for some of this delicious soup.

If a cold soup is perfect in the hot Yucatecan weather, then this crema de cilantro is divine. A Mexican take on the French vichyssoise, the crema de cilantro adds to the purée of leeks and potatoes a little zucchini for texture as well as lots of cilantro and some serrano peppers for a kick!

Atop these mini, puffed corn tortillas you will find tomato, raw cabbage, onions soaked in lime, and a little bit of shredded meat – chicken, duck, turkey or pork. Its literal Maya translation comes out to something like “a little filling,” so it’s the perfect item to have as a snack on the side.

The Yucatan is known for its baked goods and sweetbreads. One of those (brought across the sea) is a version of the famous French baguette, just slightly shorter and fatter. For extra Yucatecan flair, sometimes a strip of banana leaf is inserted into the bread as it cooks.

Cochinita pibil is often no longer cooked in the traditional method, in an underground pit, but instead in a conventional oven. Your best shot at seeing it done this way is most likely the Yucatan peninsula. A pork shank rubbed with a blend of spices and bitter oranges, this recipe is made a little differently everywhere you go. It’s generally served with a hot-as-fire blend of habanero peppers and onions soaked in lime to go on top.

This dish is served in regional restaurants across the Yucatan but especially in Valladolid. It’s a spicy pork stew that can either be served on a bed of ground lima beans (in a restaurant) or as a filling on pit-baked lima bean and corn bread called pibilhua. The stew includes onions, garlic, pork, tomatoes, and chiles and is topped with hard-boiled egg and lima beans before eating. 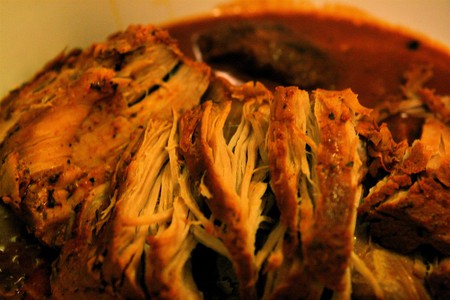 For a sweet tooth

Queso de bola, or Edam cheese, is a favorite among Yucatecans and often used as a counterbalance to something sweet (like in marquesitas, where a thin, crunchy sweet waffle is wrapped around it). This layer cake is not only filled with a combination of cream cheese, Edam cheese, vanilla, and powdered sugar, but each layer is also doused with rum and melted sugar – yum.

A combination of burnt sugar caramel, coconut, sugar, evaporated milk, and butter, these things are seriously sweet and addictive. Find a recipe for it in David Sterling’s Yucatan cookbook and have a newfound respect for all the work that goes into these little treats – we promise you will savor them more. 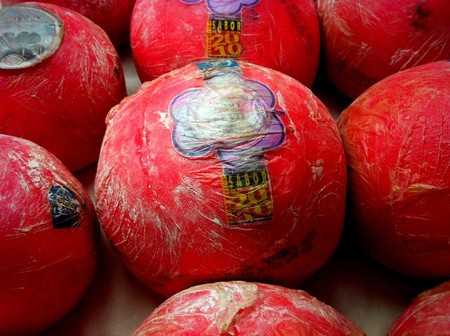