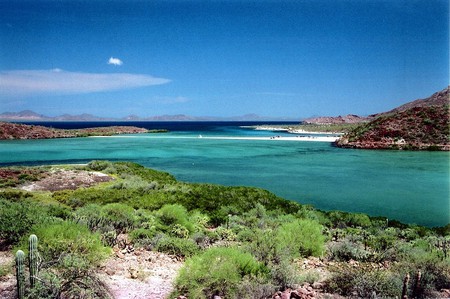 The Baja peninsula’s Mediterranean climate and elongated coastline provides this region of Mexico with abundant fruit of the sea, as well as gorgeous wines and craft beer made from their ever-so-slightly mineralized water. Most of the state’s remaining indigenous populations lived in isolated areas, and their traditional cuisine doesn’t have as much influence as some of the other regions of the country. Food and drink center around the peninsula’s coastlines, and so this menu is chock full of incredible seafood.

The Baja peninsula was one of the first places in the New World that the Spanish planted grapevines, and monks got to work making wine. Today’s thriving wine industry concentrates mainly in Valle de Guadalupe, where some of Mexico’s best wines are crafted. Giving wine a run for its money these days, though, is craft beer on the peninsula. Ensenada, Tijuana, Rosarito and other Baja towns are bursting with microbreweries and some not so micro. Suffice it to say you will have lots to choose from for cocktail hour, especially if local libations are your thing.

To Whet the appetite

Oysters on the half shell

All the beautiful seafood that can be found along the Baja coast means that you can slip a fresh oyster into your mouth just about any time of the year. There are literally men on the street cracking shells and offering up a selection of spicy condiments, but why ruin the perfect food with preservatives and red number 5? Skip the salsa and taste the salt of the Pacific.

Two main fish taco styles dominate in Mexico – Sinaloa-style (grilled and sometimes smoked fish with tomatoes, peppers and onions) and the breaded and fried Baja-style, which is usually topped with fresh cabbage or lettuce, fresh tomato, mayo, and spicy salsa. 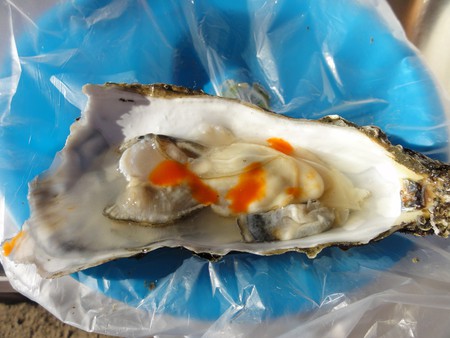 Made with seven different kinds of seafood (shrimp, clams, snails, octopus, crab, fish, and scallops) this traditional Ensenada soup can be found at one of the many stands outside the city’s main fish market called the Mercado Negro. There, vendors have the individual seafoods separated and raw (except for the octopus and snails, which are precooked) in order to fill orders as they come and to serve the freshest version of this soup possible.

This is a sweet salad sometimes called Noche Buena salad (Christmas Eve salad), and it is often seen during the Christmas holidays. Beets are mixed with orange, jicama, lime, banana, sugarcane, and different types of nuts.

Despite it’s Roman-sounding name, the Caesar salad was actually created in Tijuana by the Italian owners at Caesar and Alex Cardini’s restaurant – thus the name, Caesar’s salad. The classic version is fresh lettuce tossed in a dressing made from eggs, olive oil and garlic and served with large toasted crutones and anchovies. 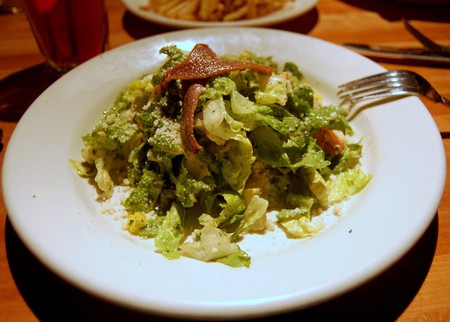 A dish many in various regions of the republic, in Baja California frijoles borrachos (literally drunk beans) are made with white beans, regional green chiles, tomatoes, onion, garlic, bacon, and beer.

Puerto Nuevo is a tiny port between Tijuana and Ensenada, but they are known peninsula-wide for this dish, langosta Puerto Nuevo. Lobsters are boiled until bright red and then split down the middle and fried with butter. They are served with refried beans, red rice, and flour tortillas.

With different versions throughout the country, Baja’s fish meatballs are recognized by the use of tuna, marlin, or grouper, which is mixed with cooked rice, oregano, chopped potato, and carrot.

Possibly influenced by Asian immigrants to the Baja peninsula, this dish, popular in La Paz, is a sweet and sour shrimp dish mainly served in restaurants and not made by home cooks. The shrimp are sautéed in butter or oil and doused in a sauce that is concocted from tamarind pulp, onion, chicken stock, cornstarch, and pepper, to that is sometimes added a little rum or brandy and chipotle peppers.

For a sweet tooth

Also called acitrón, biznaga is a type of cactus that is harvested, cleaned of its spines and boiled in sugar and water until a dense candied flesh is created. It’s sold in chunks in markets throughout Baja.