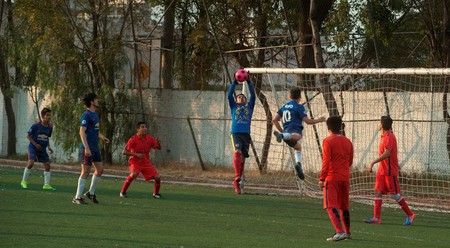 There is still a stigma surrounding sexual orientation in the world of sports today. It isn’t until athletes retire that they come out publicly, for fear of being discriminated against on the field, in the locker room, or on social media during their careers.

Zorros LGBT wants to change that. Founded in August 2013 by eight openly gay athletes, the Mexican soccer team is trying to promote equality on and off the field.

“For me, Zorros is very important because in the team the most important thing is respect and acceptance,” said Abraham, a 17-year-old midfielder. “For Mexican society, the importance is that we can demonstrate that our society is evolving respectfully toward the concept of machismo and eliminating discrimination.” 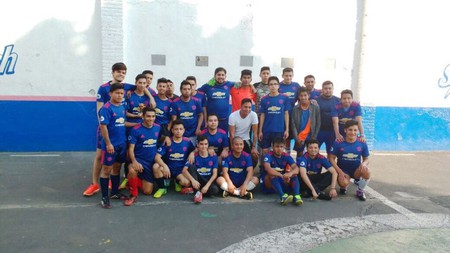 Since its inception, Zorros LGBT has participated in the Azcapotzalco LGBT Soccer League in Mexico City. In the past three-plus years, Zorros has grown to 30 active players and three teams — Zorros, Zorros Jr. and Club Zorros. The average age of the players is 25 years old.

“It is a group that went from being friends to family; I really like that we have our doors open to everyone, regardless of whether they have played football before or not — we support everyone alike, and the result is that we have grown and now we have three teams because of this,” said defender Nicolas, 29, one of the club’s founders. “For Mexican society I believe that we can become an example of perseverance, not because we are gay, but to overcome the obstacles to participate in an international event, and represent our country being the such a young team.”

Zorros, which has only played domestically, will have its first taste of international competition at the 2017 World OutGames from May 26-June 4 in Miami. The World OutGames, licensed by the Gay and Lesbian International Sport Association, is a sporting and cultural event hosted by the LGBTQI community where all are welcome, regardless of sexual orientation or gender identity.

“It means that I get to fulfill a dream doing what I like,” Zorros goalie Fernando Rivera, 22, said. “We’ll be representing many people who perhaps for the moment cannot openly portray their homosexuality.” 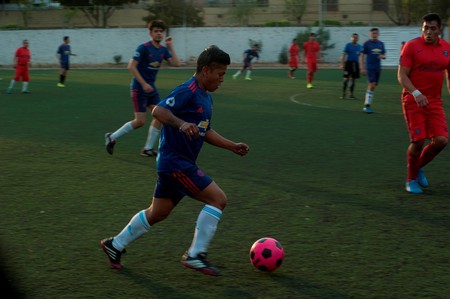 Zorros hopes participation in the World OutGames will lead to other international opportunities, including the 2018 Gay Games in Paris, the 2019 Roma Eurogames and beyond. The ultimate goal is eradicating homophobia and inequality in soccer, sports, and society.

Unfortunately, many of the Zorros players have experienced abuse firsthand. Freddy, a forward, said he was once told “this is for men” by a soccer coach; he subsequently left the team. Nicolas said while it is a positive Zorros has received more media attention, it has come with a negative — hateful comments on social media from readers. Arturo, a forward, has experienced homophobic remarks from opponents on the field.

“It is necessary to believe in and promote equality, and to leave aside race, religion, etc.,” said Alfonso, a defender. “I think we have all heard the phrase ‘every head is a world’ — we all have different ideas, but we must learn to respect others for how they are and how they think. In order for us to forge an ideal society we also need good communication to understand the needs of others and live by supporting the lives of others.”