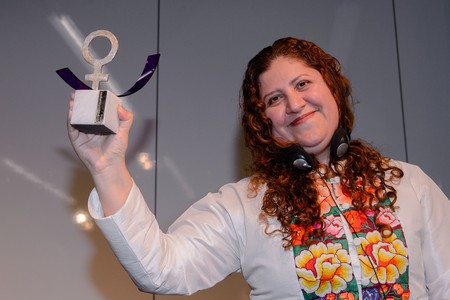 The state of women’s rights in Mexico has certainly come a long way over recent years, but continues to be in dire need of improvement. Currently, Mexico is one of the global leaders in feminicidio, it fails to allow legal and free abortion in anywhere other than the capital and, on a daily basis, women face a barrage of verbal and sexual abuse on the street. Here are 10 female activists fighting for women’s rights in Mexico.

Norma Andrade is a huge name in the fight against femicide in Mexico, having co-founded (along with Marisela Ortiz) the organisation Nuestras Hijas de Regreso a Casa (“May Our Daughters Return Home”) in response to the 2001 femicide of her own daughter, Lilia Alejandra. Her organization focuses on returning the bodies of femicide victims to their families for a proper burial and bringing their aggressors to justice. However, while her work has led to awards, it’s also been the cause of several thwarted attempts on her and her remaining daughter’s lives. 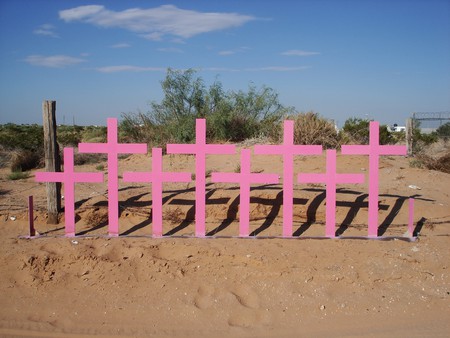 The 2005 Nobel Peace Prize nominee Macedonia Blas Flores has dedicated much of her life to campaigning against the violence inflicted on female members of the Otomi, an indigenous Mexican group. With Hñañú heritage, Blas Flores’ activism, like Andrade’s, stems from a traumatic ordeal, during which chili paste was applied to her genitals as a punishment for (falsely accused) adultery. As a result, she lodged a claim and now works for the Fotzi Ñahño association, talking on gender violence, human rights and prevention of rape and alcoholism within indigenous communities. 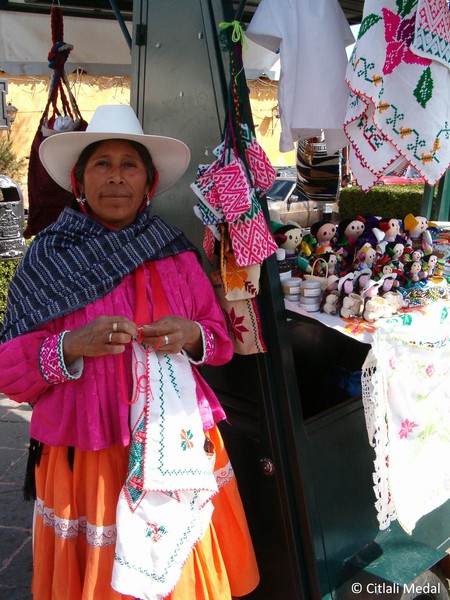 Imelda Marrufo Nava is a further example of an accomplished activist working with the families of femicide victims to get justice for their daughters. In 2001, after a trio of bodies were found in Ciudad Juárez (the femicide capital of Mexico), Marrufo Nava decided to help and ended up forming the Red Mesa de Mujeres de Ciudad Juárez. This organization helps spread the word about gender violence and gives legal support to families looking for justice. For her work, Marrufo Nava has received multiple awards, including the Anne Klein Women’s Award which recognizes advocates of gender equality.

Feminist and psychologist Gloria Careaga Pérez is also a key figure on the LGBTQ scene in Mexico. In fact, she’s the co-founder of both Fundación Arcoiris and El Closet de Sor Juana, a UN accredited NGO lesbian organization which is now one of the most important in Mexico. She also works with the International Lesbian, Gay, Bisexual, Trans and Intersex Association, and was a crucial player in bringing gender studies and conversations around sexual diversity into the field of Mexican academia.

The only entry on this activist guide that is a group rather than an individual, Las Hijas de Violencia are a feminist collective trying to fight back against street harassment and abuse through the use of bubble guns and punk rock songs. While they readily admit that their technique isn’t going to change the world, they’re certainly making a statement through their Pussy Riot-inspired actions. In fact, that’s why we also consider their song, “Sexista Punk,” one of the most important on the Mexican punk scene.

Marta Lamas is a huge name in Mexican feminism, having written numerous books and articles on the topics of gender and feminist theory, alongside tackling arguably more overlooked topics like prostitution and abortion. In fact, her activism work gained her a Nobel Peace Prize nomination in 2005. Currently, she’s the editor of Debate Feminista, remains heavily involved with both her pro-choice group GIRE (Grupo de Información en Reproducción Elegida) and her organization Semillas, as well as teaching political science at Mexico City’s Autonomous Technological Institute of Mexico.

Perhaps one of the youngest entries on our guide to women’s rights activists in Mexico, Oriana López Uribe worked with organizations such as Mexfam from the age of 15, helping create youth interest in topics like sexual and reproductive rights – particularly the restrictive abortion laws in Mexico. She has continued this line of work throughout her entire life and is currently a programs officer at Balance. This has led to her heavy involvement with Fondo María, an organization which helps women gain access to the legal abortions only available in Mexico City.

A human rights activist and founder of Las Libres, Verónica Cruz Sánchez works to give women access to legal and medical services and particularly focuses her efforts on drawing attention to indigenous, uneducated or low-income women who have been imprisoned for miscarriages or choosing to abort. Through her work with Las Libres, she wants to decriminalize and promote free and safe abortion, reduce the sentences of those imprisoned for abortion or miscarriage, gain proper legislation for sexual violence and educate women about their bodies and sexuality.

Alma Gómez Caballero is a press-proclaimed fearless woman activist of Mexico, most well-known for her work with the Centro de Derechos Humanos de las Mujeres in Chihuahua. This group provides legal representation for the families of femicide victims, as well as for surviving victims of sexual assault, torture and abuse. A student’s rights campaigner in the 50s and 60s, Gómez Caballero was tortured and imprisoned in the 70s before becoming the first left-wing woman in Chihuahua local congress history. Nowadays, she’s dedicated to educating women about their rights.

A potent combination of cabaret artist and sexual rights activist, Minerva Valenzuela is a strong objector to discrimination and violence towards women. She is also the brains behind the magnificent Mexico City based organization Bordamos Feminicidios, which brings together women of all ages, orientations and occupations to sew tributes to femicide victims on handkerchiefs. Originally started with the help of friends and neighbors, the group has grown exponentially and they now carefully log who is stitching which woman’s story so as not to repeat any and ensure that all can be told.