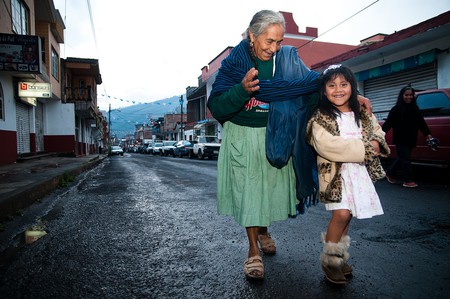 One indigenous town, in the southern Mexican state of Michoacán, has defied the odds, using vigilante justice to kick out the cartels, police and politicians and halt the destructive illegal logging that was destroying their livelihood along the way.

Cherán and the cartels

Cherán itself is petite, nestled into the lowlands of Michoacán, with a population of only around 20,000, most of whom are Purépechas and a third of whom disappear to the US once a year for work.

However, it wasn’t their inhabitants leaving once a year that worried those left behind in this tiny town, but rather the outsiders entering. For close to three years, masked loggers associated with the La Familia Michoacana cartel, aided by corrupt government officials, had been killing and kidnapping those who got in their way and extorting small businesses owners left, right and centre, before waltzing out of town with trucks full of timber.

It was unsurprising then – considering timber is their primary industry, and about half the population makes a living from the land – that when faced with the threat of outside drug-lord forces depleting their natural resources, the inhabitants of Cherán decided to take action.

After having initially headed to the forest to (unsuccessfully) reason with the loggers, local women decided that more drastic action was needed and that they’d take it into their own hands if necessary. So it was then that they arranged their plan in secret, plotting to assail the loggers on their way to the forest by blockading the road.

It was April 15, 2011, as the bells tolled over sleepy Cherán, a town that had suffered years of intimidation tactics and illegal logging which depleted their valuable natural resources, when the breaking point came. The women pelted the armed men with rocks and fireworks and even took a few hostage, before the noise brought the residents flooding into the streets in support, swelling the crowd, some of whom were in favour of stringing the men up outside the church. Luckily it didn’t come to that, although according to a 2016 BBC article, inhabitants were brandishing machetes and the scene was one of utter chaos, straight from a horror movie, reported Melissa Fabian, a resident of Cherán.

However, and rather ironically for a town whose name supposedly means ‘place of fear’ in the native Purépecha language, the indigenous inhabitants showed nothing but bravery on that fateful day.

Out with the old and in with the new

It wasn’t long before police and authorities arrived to take control of the ensuing chaos. And it wasn’t long before they were swiftly kicked to the wayside as well, as Cherán’s residents made the decision to assume autonomy. Political parties, also thought to be corrupt and divisive, were banned not long after, and an autonomous government was set up to lead the 20,000 inhabitants of Cherán, members of which were all democratically elected by the public.

Nowadays, the ‘political’ system in Cherán comprises four assemblies, one for each of the barrios in the town, whose members are chosen diplomatically. Three members of each assembly serve on a 12-person town council, which must include at least one woman. 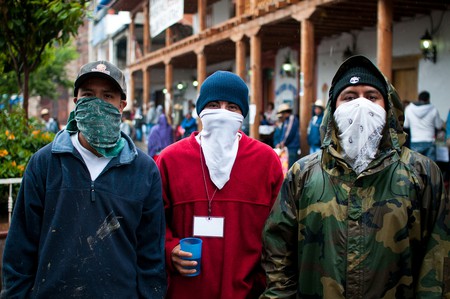 Over six years on from that initial uprising that changed the fate of the town forever, Cherán’s unique political and social experiment appears to be going strong, a rarity in the slew of vigilante uprisings that Michoacán state in particular bore witness to at around the same time. Policies have been put in place to reforest the surrounding areas, and to date, the people have replanted close to 5,000 hectares of trees.

Somewhat surprisingly, the Mexican government also legally recognised Cherán’s status as a self-ruling autonomous entity in 2014, acknowledging its right to abstain from official elections at any level. 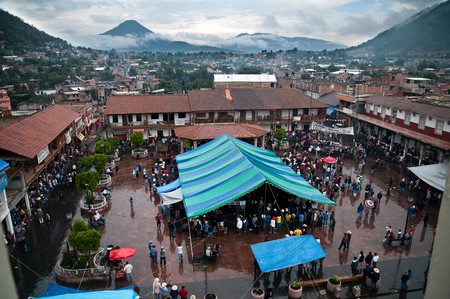 The so-called Ronda Comunitaria, a local militia of men and women from Cherán who either stand guard at blockades and question anyone wishing to enter the village from one of the three main routes into town or patrol the borders of the forest that was once such a prime target for cartels and illegal loggers, have replaced the police. The local authorities of Cherán also dish out punishments (in the form of community service) for minor offences, mainly related to alcohol.

Overall, it seems that the residents have restored safety to the streets of this feisty town in the heart of Michoacán, which is something of a novelty as it’s one of Mexico’s most dangerous states. And, according to BBC reports, the residents maintain that it’s for one reason, and one reason only – solidarity.