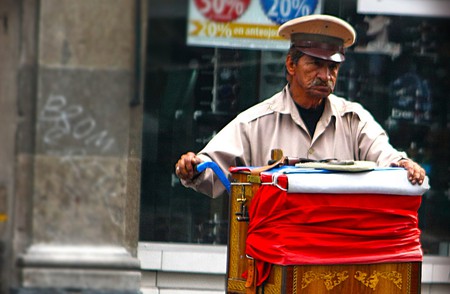 For anyone who’s visited the historic centre of Mexico City, the high-pitched screeching of mildly mistuned street organs will be a familiar sound. You’ll also likely be able to recall the recognisable beige uniform of the organilleros, as well as the weary look of resignation on their faces as the crowds largely ignore them. Once popular, Mexico City’s organ grinders have now fallen out of favour. Here’s why.

The organs themselves were first brought over from Germany around the turn of the century, and used in the establishments and at the private parties of the upper echelons of society, before filtering out onto the streets. Some claim that they were actually a gift from the German government for Mexican president Porfirio Diaz. Nowadays though, most of the instruments are made in Central and South America, rather than Europe. 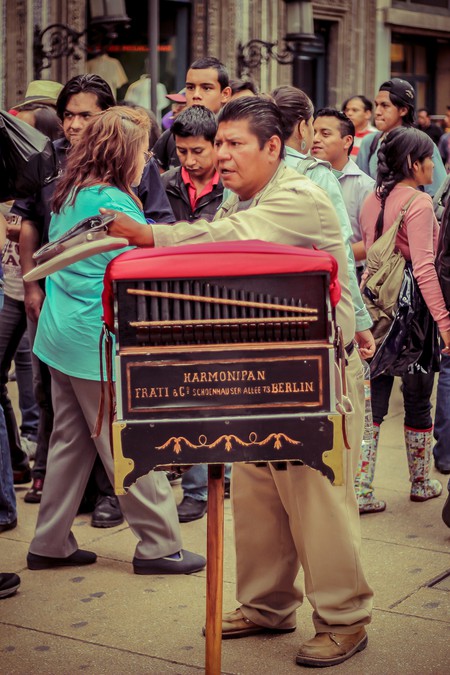 An organ grinder surrounded by the crowd | © iivangm/Flickr

Today, the organilleros are reviled rather than revered, seen as more of a nuisance than ever before, especially amongst younger people who fail to see the craft in the organ grinders’ work, preferring to donate what change they have to street acts such as superheroes, mimes or dancers. Yet, in a not so distant past, the Mexico City organ grinders were a beloved part of the chaotic city’s backdrop, accompanied on the streets by monkeys who would hustle up donations for them as they took requests for classic Mexican songs such as ‘Cielito Lindo’ or ‘Volver, volver’, which overtook the original tendency to play European waltzes and polkas. It’s perhaps unsurprising, then, that the screeching sounds that the current organ grinders crank out seem to evoke sentimental feelings solely in the ageing population, of which there is fewer every day.

As a result, there’s not much money in this dying art, and most of the city’s organilleros, many of whom have done this job their entire life or passed the trade, instrument and even their very location down to younger family members, are now struggling to make a living from their occupation. Again, this is no surprise given that their practically antique organs tend to be wildly out of tune, overplayed, expensive to repair (it can cost close to $300 and take days) and easy to damage; even a sudden downpour – all too common during Mexico City’s rainy season – can put them out of action. It’s for this very reason that many of the organilleros don’t even own their own organs; instead, they rent them from those who do. 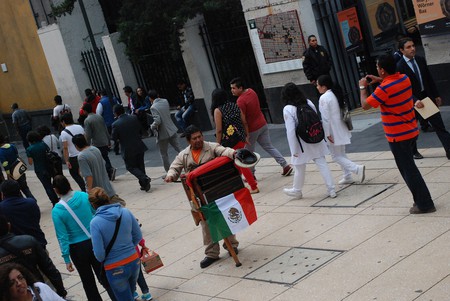 An organ adorned with the Mexican flag in Mexico City | © E. Krall/Flickr

Yet, this remains an enduring tradition from days gone by that continues to attract many to the craft. And craft it is, as the organilleros will be quick to tell you – it’s much more than just cranking a lever. For starters, the instruments are weighty and unwieldy, and turning the lever must be done consistently to maintain the pace of the tune they are playing. Some fake organ grinders simply set up a CD player in the lightweight, empty shell of an organ instead of going to the hassle of actually playing one. Even so, you know that where there are imitators, there’s hope for the future. 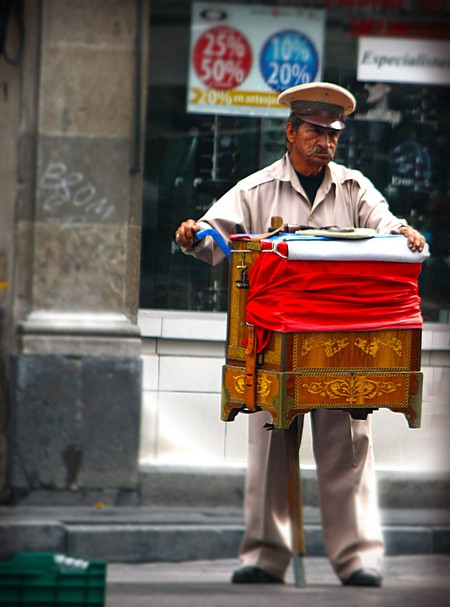 A lonely organillero in Mexico City | © Verino77 / Flickr
Give us feedback