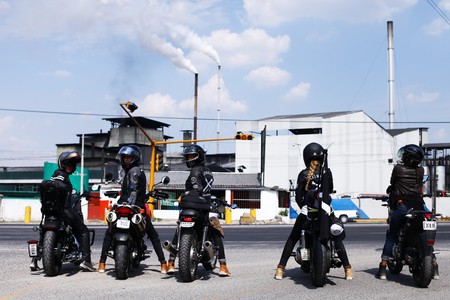 Leather clad symbols of female strength and liberation in a machista country, Las Marias literally stop men in their tracks as they roar through the streets of Mexico City. But as the country’s first all-female biker gang this is hardly surprising. With feminist slogans and principles, these Mexican women are challenging stereotypes with every ride. Here’s everything you need to know about them.

Headed up by their leader, president and founder Carla Henkel, a.k.a. “Blackbird,” Las Marias aim to change perceptions of the biker pastime and liberate the roads for all women. A lifelong biker, Henkel’s idea for Las Marias grew from her desire to share the freedom she felt on the road with other women – a way to feel some female solidarity while participating in what is an inherently solitary activity, you could say – and, after putting all her savings into buying her first bike, Las Marias was born. 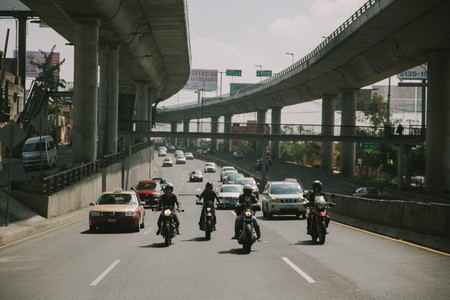 Now joined by around 10 other members, Blackbird isn’t the only one to use an intriguing nickname, with almost each woman sporting her own unique moniker. There are the original Marias: Romina Lyla, a.k.a. Mrs Powers, who favors a Harley Davidson; Andrea Torre, a.k.a. Gummy Bear, who dabbles in modeling, singing and DJing when not living in the moment while riding; Ananda Mora, a.k.a. Savage, who’s all about the adrenaline of biking; and María la Docil – who’ve all since been joined by riders like MAYMAY, Poleani and La Tucha, to name but a few. 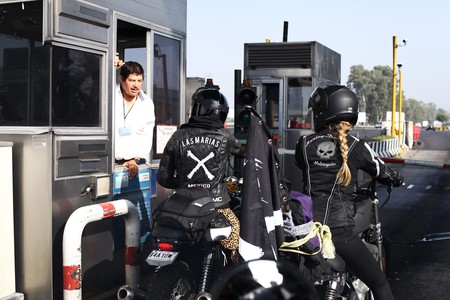 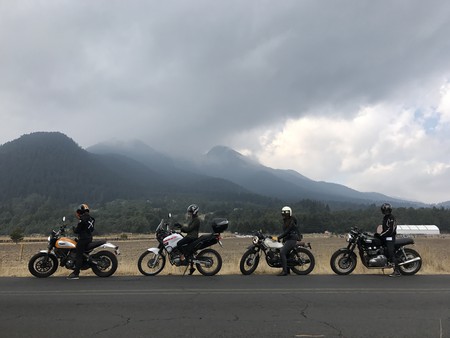 Proudly championing slogans like “A shout for freedom!” and “We like dirt and we got titties,” Las Marias are like the unruffled older sisters you never knew you wanted (and kind of wish you had), oozing cool while challenging Mexico’s patriarchal society from within one of its most male dominated pastimes. While they’ve been compared to the Charlie’s Angels before now, there’s absolutely nothing angelic about these tough women, and they certainly belong to no man. In fact, its sisterhood, freedom and courage which are the most important concepts for any Maria, alongside the ability to take control of your own destiny and path through life. 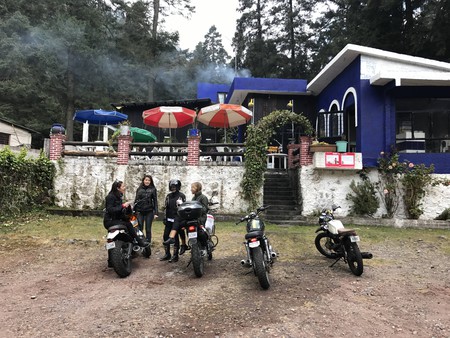 Unlike many biker gangs, there is no regulation on the model or type of bike that members must ride, just the notion that riding through the chaotic streets of Mexico City is better together. But don’t they find biking dangerous? Well, they’ve certainly all taken tumbles at one point or another, but as they themselves proudly proclaim, this is a way of life. 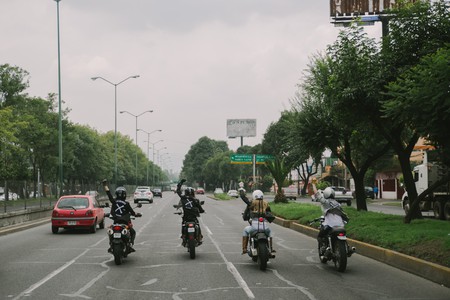 Riding is all about female liberation | © Kate Disher Quill