Eufrosina Cruz Mendoza is one of Mexico’s most inspiring politicians, gender equality activists and indigenous rights campaigners, overcoming much adversity to claim her title as Oaxaca’s first indigenous female politician. Here’s everything you need to know about this trailblazing Zapotec woman.

Born and raised in the tiny indigenous town of Santa María Quiegolani, Oaxaca, Cruz Mendoza’s first language is Zapotec. She moved in with relatives in Salinas Cruz at 12 years of age in order to learn Spanish, much to the assumed displeasure of a father who allegedly told her that women “were only good for making tortillas and having children,” according to Mexico News Daily. In Salinas Cruz she studied, selling fruit and gum to fund her classes, and ultimately graduating as an accountant in the state capital of Oaxaca City before returning to her hometown of Santa María Quiegolani in 2007 to start a life in politics. 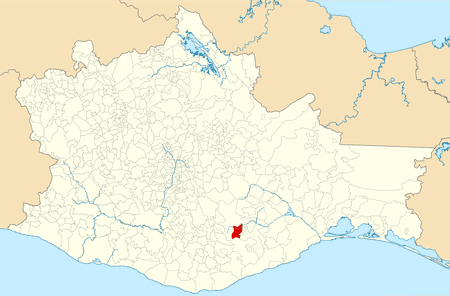 The path to political success was anything but easy for Cruz Mendoza, however. After winning the 2007 municipal elections in Santa María Quiegolani, she was swiftly told by male, Zapotec lawmakers that, as a woman, she shouldn’t have been allowed to run and all her votes were therefore to be nullified. Some claim they only allowed her to participate in the first place as they wrongly assumed nobody would either want to or dare vote for her, especially in a town where (at the time) women were not allowed to vote unless accompanied by their husband or another male family member.

As a result of their decision, based on ancient and oral Zapotec customs, Cruz Mendoza contacted human rights organizations and state authorities to appeal their decision and push for a change in the state constitution. The following year, she succeeded in her quest, and women finally won the right to vote unaccompanied, run for candidacy and even hold public office in Oaxaca.

That same year, just a few months prior to winning the National Youth Award for her political work in 2008, she also founded Fundación Quiego, a non-profit association for the promotion of gender equality in Oaxaca, which aims to promote human rights, freedom and organizes projects that improve women’s quality of life.

By 2009, she was being approached by various parties asking her to run in elections for the federal Chamber of Deputies. However, November 2010 was the real turning point of her already trailblazing political career, as Cruz Mendoza was elected deputy of the PAN (National Action Party) in the state of Oaxaca and sealed her spot in history as the first indigenous woman to be its president and to chair the State Congress of Oaxaca. In December 2010, she was named coordinator of indigenous affairs for the PAN. Just two years later she was promoted to federal deputy.

In tandem with her work in the Oaxacan political sphere, Cruz Mendoza has also represented Mexico at conferences about both gender and development and female leaders in Iberoamerica and, for the past two years (2016/2017), she has quite rightly been named one of Mexico’s most powerful women by Forbes México.

However, alongside her legal and political work, perhaps the most important legacy Cruz Mendoza will leave behind is her status as a role model for indigenous women across Mexico, who also aspire to succeed in a typically male field, providing inspirational patterns for other indigenous women to follow.